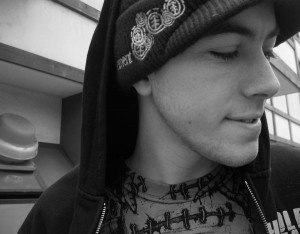 You wouldn’t know it to look at his artwork, but the first issue of the Fraggle Rock comic book is Jeff Stokely’s first professional comic book gig. Obviously this guy knows his way around the Rock! And that’s just one of the things we’re asking him about in our Q&A, which you can read right now. And go!

ToughPigs: How did you first become a Muppet/Fraggle fan? And what form does your fandom take today?

Jeff Stokely: I’ve been watching Henson shows and films since I was a wee lad. I grew up absolutely loving “Fraggle Rock,” “Labyrinth” and just about everything they put out, so when Archaia offered me a part in this project, I nearly leapt across the table in excitement! Now that I think about it, it was probably a scary reaction.

TP: A look at your DeviantArt page shows that you have a naturally dark artistic style. What is it about Fraggle Rock that lends itself to your style of drawing?

JS: My work really is nothing like Fraggle Rock, normally. I have done my share of animating and I do like to use a slightly more animated style when drawing the Fraggles. I’m also influenced by a lot of graffiti artists and older work from the likes of Ralph Bakshi and Vaughn Bode. It’s something I’ve always wanted to take a crack at and now I finally get to!

JS: I watched a LOT of “Fraggle Rock” on Netflix. Let’s just say that when I sit down to do a Fraggle page, the theme song starts playing. It sort of creeps up on me but I’ve learned to welcome it with open arms. 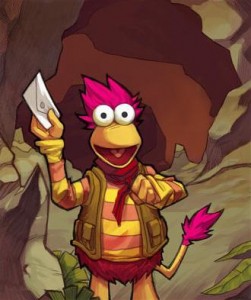 JS: Boober, Marjory and Gobo are my favorites. Marjory the Trash Heap is so fun to draw because I get to really cut loose with all the detail. I tend to zone out when that happens but I think it brings out some of my best work. They are all really fun to draw but a few characters can be more difficult to draw than others, especially because I don’t draw this way constantly. It’s been a great learning experience.

JS: I would have to say Wembley and Red have been the most difficult. They all have their moments but I think the difficulties for me lie in the shape and form of some of them. Difficult or not, it has been a fun challenge with every character.

TP: This is your first major gig in comics. What sort of unexpected challenges have you come across? Is it easier or more challenging to be working with an existing property like Fraggle Rock for your first large-scale assignment?

JS: Everything has been surprisingly smooth working with Henson and Archaia. Not that they are rocky companies, but usually when working with licensed properties there is a tendency to be crushed under the weight of restrictions and guidelines for the subject matter and look of everything. Henson has obviously made me change things here and there but nothing too major, and Archaia has been very encouraging with my work. They’ve both helped me out a lot with this project. I think it really shows that this is truly a labor of love on behalf of everyone working on Fraggle Rock. We all grew up watching the show and couldn’t be happier to be a part of the comic. 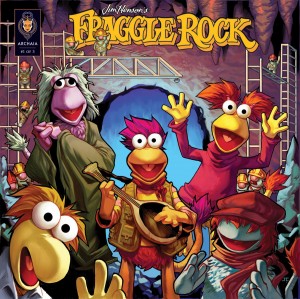 TP: The cover to issue #1, which you illustrated, was the first image we saw from the Fraggle Rock comic book so far. How has the general response to the teaser been so far?

JS: I’ve received an outstanding response from everyone who’s seen it! It has been very encouraging and inspirational. Everyone seems to be happy that I’m staying true to the Fraggles but still adding my own flavor to the style.

JS: They have been great about it, too. We all couldn’t be more ecstatic about Lizzy John doing the colors, not only on the cover but also the interiors. Henson’s response was that they wanted a high-res version to print out and frame! It was quite an honor hearing that.

JS: I’m not supposed to say much. But I will say that no Fraggle Rock story is complete without the appearance of some Gorgs!

TP: Lastly, do you have a message you’d like to pass along to the fans?

JS: When I finished reading Heather White’s script, I felt as if I had just watched an episode of “Fraggle Rock.” This comic is going to be fantastic because everyone involved is really passionate about bringing back a childhood favorite and doing it justice. I really couldn’t be luckier to be working with Archaia and The Jim Henson Company. For a first gig, this really is something to be proud of.

Many thanks to Jeff Stokely for agreeing so chat with us! Head on back here to ToughPigs.com all week for more Q&As with the creators of the Fraggle Rock comic book!

Click here to doodle a Doozer on the ToughPigs forum!