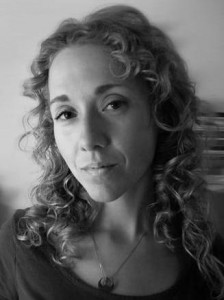 With less than two months until Archaia Studios’ Fraggle Rock comic book arrives in stores, our excitement here in the ToughPigs office (read: my mom’s attic) is piquing. To help pique your excitement too, we’ve got a week’s worth of Q&As with the writers, artists, and behind-the-scenes honchos who are responsible for the first issue of the comic.

The first in My Week with Fraggle Comics is Heather White, a devoted Fraggle Rock fan and writer of the lead story in issue #1! Take it away, Heather!

ToughPigs: How did you first become a Muppet fan? And what form does your fandom take today?

Heather White: I grew up in a very Muppet-centric home. My mom is one of the most creative people who ever lived, so there was a lot of soft sculpting and creature making in our house! We watched every Muppet film, show and cartoon and bought every comic. I adored Miss Piggy growing up and still wish I could be as fashionable as her! I?¢‚Ç¨‚Ñ¢m still an uber-fan and am equal parts nervous and excited about the new Muppet movie. One of the best things about those original Henson properties, like Fraggle and Muppets, is that the humor can be enjoyed on so many levels ?¢‚Ç¨‚Äú things that totally went over my head as a kid are now hilarious. I can see now why my parents never objected to watching anything Henson because they were able to enjoy it just as much as I did.

HW: Well, I?¢‚Ç¨‚Ñ¢m a huge Fraggle fan, so I had been doing research my entire life! Once I had the job, I wanted to make sure we were telling a fresh, new story. Since there are so many episodes, we had to be really careful not to go into topics that have already been covered. Personally, I LOVED having an excuse to watch ?¢‚Ç¨?ìFraggle Rock?¢‚Ç¨¬ù episodes endlessly. I mean, hey, it was work related.

TP: This is your first break into the world of comics. How did you get this gig? And what sorts of challenges have you come across when trying to adapt your style into the comic book medium?

HW: I knew Joe LeFavi from The Jim Henson Company, and he asked me if I had any ideas for new Fraggle tales. After I sent way too many ideas to Joe, he sent them off to Tim Beedle to look at, and, much to my surprise, they picked one of my ideas! It really has been a dream job! I usually write in screenplay or novel format, so I was worried about the transition to comics, but Tim and Joe have been extremely helpful and gave me the greatest intro to comic writing I could have hoped for.

HW: Boober and Wembley are my favorite characters. I can?¢‚Ç¨‚Ñ¢t really say any of them are my least favorite… thought that Mean Genie was a pretty big jerk… 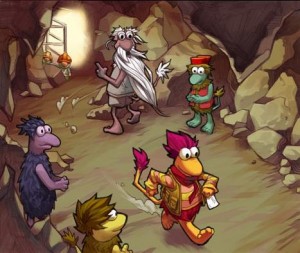 HW: To be honest, Mokey is pretty hard for me to write. We don?¢‚Ç¨‚Ñ¢t have a lot in common, so it is always a bit of a challenge for me to get her lines where I want them. At least it is a fun challenge! I love that Mokey?¢‚Ç¨‚Ñ¢s lines are one of my biggest challenges! I can?¢‚Ç¨‚Ñ¢t really complain about this job at all.

TP: You are writing the lead story for the first issue. Did that change your approach to the writing process at all?

HW: When I started writing, I had no idea that my story would be chosen as a lead. It was the happiest shock I have had in my life! Once we knew it was the lead, Tim, Joe and I made sure there were enough elements to bring the reader back to Fraggle Rock to both introduce this world to new readers, and really spark the memories of older fans. The story didn?¢‚Ç¨‚Ñ¢t change, but we wanted to make sure all readers would be comfortable coming in to the Rock, whether they were an established fan or not.

HW: They have both been a true pleasure to work with! Being able to work with Archaia and Henson, who both have such an amazing devotion to storytelling, has spoiled me. Since I was a fan of both companies before I worked for them, I was really glad when they both turned out as wonderful as I had imagined they would be. Everyone is very supportive and willing to do whatever it takes to make the best possible story. Since there is such a following for Fraggle Rock already, it would have been really easy to just pump these out and make it more of a consumer product where story takes backseat, but that isn?¢‚Ç¨‚Ñ¢t the issue here in any way. We worked very hard to make this issue special and worthy of the original series. 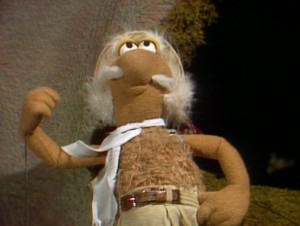 TP: If Traveling Matt were to write a postcard to Gobo about the Fraggle Rock comic book, what might he say?

I?¢‚Ç¨‚Ñ¢ve discovered something amazing! The Silly Creatures know of our existence! They have funny, little books filled with our adventures! They even have detailed drawings of all of us! They are so odd, it seems that they should simply come visit us instead of sending spies to watch our day-to-day activities. Have you seen any large, non-green Doozers lately? Anyway, perhaps I should invite them over for some hot radish juice when I return to the Rock? Until then, I will continue to gather information?¢‚Ç¨¬¶ possibly finding out what types of snacks they like with their radish juice.

HW: Expect a tale that is akin to a classic episode! There will be a lot of guest appearances from fan favorites and maybe even some advice from a wise-talking oracle with some wisecracking sidekicks.

TP: Lastly, do you have a message you?¢‚Ç¨‚Ñ¢d like to pass along to the fans?

HW: I hope that all the fans enjoy the comic as much as those of us who worked on it did. It was really a labor of love for all of us. Every single person working on this issue is a huge Fraggle fan, so there won?¢‚Ç¨‚Ñ¢t be any unhappy surprises in the issues. We weren?¢‚Ç¨‚Ñ¢t out to change the Fraggle Rock world, or modernize it for no apparent reason, we just wanted to continue to have adventures with these characters we love so much! Believe me, I am one of those fans who cringes when I hear that any ?¢‚Ç¨‚Ñ¢80s franchise is being revamped, but the Fraggle Rock comics have been done with great devotion to the fans and original series. Archaia and Henson wanted to do this right, and I feel like they will really be something special for the fans.

Thanks for the great questions, ToughPigs! I am a long-time reader of the site, and really glad (and flattered) that you wanted to talk to me! 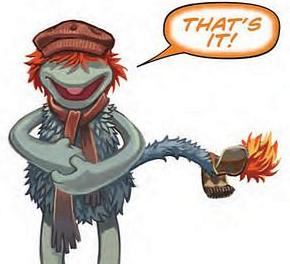 Many thanks to Heather White for her hard work on the Fraggle Rock comic book and for joining us in this Q&A!

Be sure to head back to ToughPigs.com tomorrow and all week for more Fraggle comic Q&As!

Click here to send a postcard home via the ToughPigs forum!