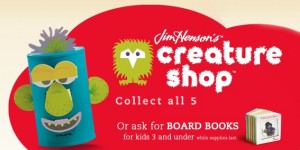 I know we’ve already covered this story in our News category, and I don’t want to flog a dead horse or pluck a naked chicken here, but can we talk about this whole Chick-fil-A/Jim Henson Company brouhaha?

If you’re just joining us, here’s what I’m clucking about:

Earlier this month, the poultry-based fast food restaurant Chick-fil-A started offering Jim Henson’s Creature Shop toys in their kids meals.  Apparently these were just little plastic finger puppets with interchangeable facial features.  So, nothing too revolutionary, but right away, the announcement sparked an in-depth discussion on the Tough Pigs forum.  The reason for the heavy discourse wasn’t the puppets themselves, but the question of whether it was a good idea for the Jim Henson Company to be doing business with Chick-fil-A.

There was some information out there about the Chick-fil-A corporation donating money to groups whose causes include the impedance of same-sex marriage, which is a really crappy thing for Chick-fil-A to do.  First, there were ethical questions: Can we enjoy a restaurant’s waffle fries without endorsing their activism?  Does the six bucks I pay for a chicken sandwich combo really make that much difference for such a huge company?  Then the Henson-specific questions: Were they aware of Chick-fil-A’s ideology when they signed up for the Creature Shop promotion?  Does the deal make them implicit in the restaurant’s anti-equality actions? 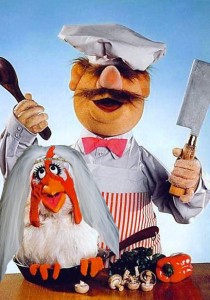 Then Chick-fil-A’s CEO Dan Cathy spoke up, but not by posting on the forum. He made some statements in an interview confirming that Chick-fil-A’s official position is decidedly against “non-traditional” marriage.  That settled the matter for a few fans. If you’re pro-equal marriage rights, it’s hard to justify spending money at a restaurant that’s anti-.  Mr. Cathy’s remarks made headlines, which made Henson fans wonder: Would the media pick up on the Henson connection?  As we’ve seen with the ridiculous “The villain in The Muppets is an oil executive, therefore the Muppets hate capitalism” story, stupid news outlets love a good puppet-related scandal.

On July 20th, the Jim Henson Company posted a note on Facebook stating that because of their belief in “diversity and inclusiveness,” they would not be working with Chick-fil-A in the future.  (Fact: Tough Pigs was one of the first places on the entire internet to break this news.) And NOW the media took notice.

Thousands of comments have been posted on Henson’s Facebook page. A few confused souls have even sent messages to the Tough Pigs’ page, apparently believing us to be the Jim Henson Company.   From what I’ve seen, the majority of comments addressed to Henson are cheering them on and thanking them for their decision.  So there’s hope for the universe yet.  But there are a lot of folks declaring their intentions to boycott the Henson Company from now on (Does this mean they won’t read THE SKRUMPS?!), and to only eat at Chick-fil-A for every meal for the rest of their lives.

Most of the haters make the same few points:

1. I can’t believe the company I grew up with is in favor of the destruction of the institution of marriage.
2. You’re mean! Chick-fil-A is just expressing their beliefs!  They have a right to have an opinion, and to act on it!
3. You say you’re all about tolerance, but if that’s true, how come you’re not TOLERANT of Chick-fil-A for having a different opinion?  Ohhh, snap!
4. I like chicken.

I can’t speak for the Henson Company, but to #1 I would say: Being in favor of same-sex marriage is not the same as being opposed to “traditional” marriage.  Nobody wants to eliminate straight marriage, we just want everyone to be able to be legally married and have big fun weddings where they play “He’ll Make Me Happy” from The Muppets Take Manhattan at the reception, regardless of gender.  Also, can you really be surprised that the company that made that subversive hippie show Fraggle Rock is pro-gay rights?

To #2 I would say: You’re right. The Henson Company also has a right to have an opinion and to act on it.  Which is what they’re doing.

To #3 I would say: What? Believing in inclusiveness doesn’t mean you’re required to associate with people who actively seek to exclude a group of people.  You can be nice to them.  You can talk to them, and try to see each other’s point of view.  But you don’t have to sell toys with them.

And to #4 I would say: Yeah, me too.  It’s pretty delicious, especially with ranch dressing. 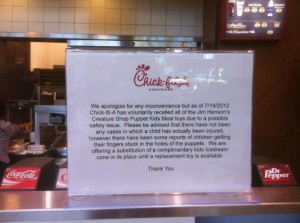 As if all that weren’t enough, the punchline came soon after, when Chick-fil-A instituted a recall of the Creature Shop toys due to “a possible safety issue;” namely, kids getting their fingers stuck in the puppets.  And you know, maybe there really was a safety problem.  But isn’t it amazing timing?  Oh, and then the internet accused Chick-fil-A of creating a fake Facebook account to defend itself while disguised as a teenage girl.  It’s pretty crazy whether it’s true or not, but either way I have a feeling this whole thing isn’t quite over yet.

But anyway, now that I’ve picked a little and talked a little, I should get to the actual point of this article.

My point is this: The fact that so many people are renouncing Henson for making a decision that reflects their pro-equality, pro-love beliefs isn’t the only thing that bugs me about this whole story.  The other thing that bugs me is that nobody in the world understands who The Jim Henson Company is.

Maybe I should say, “Who the Jim Henson Company isn’t.” I would, except that would sound stupid.  But I’ve seen dozens upon dozens of articles on this issue show up in my Google news alerts, and every single one of them identifies the Henson Company as the one who owns the Muppets, which has not been true since 2004.  I’m not even exaggerating.  I was going to copy and paste some headlines as examples, but I can’t even narrow it down.  Everyone from CNN to Entertainment Weekly, from the Huffington Post to a blog called TransGriot eagerly posted the news that “the Muppets rejected Chick-fil-A.”

As I saw the alerts fly through my inbox, I initially clicked on several of them, leaping to the comments and valiantly doing my part to correct them, but it soon became clear that it was like putting down a pot to catch a leak when your house is missing its roof.  I know most people (boring people) would think I was crazy for caring so much.  Even if the Jim Henson Company doesn’t own the Muppets, they used to own them, right?  And they created them, right?  So why does it matter?

Well, it matters to me.  And the fact is, it’s just plain inaccurate to begin a news story by saying “The Jim Henson Company, which owns the Muppets…”  Whatever happened to journalistic integrity?!  Did it fall away like a bowling pin falling on the Muppet Newsman’s head? (“Muppet Newsman” is a trademark of the Walt Disney Company, all rights reserved.)

I think it’s great that so many Facebook users have enthusiastically taken Henson’s side on this.  But I flinch a little every time I see somebody post a graphic like this: 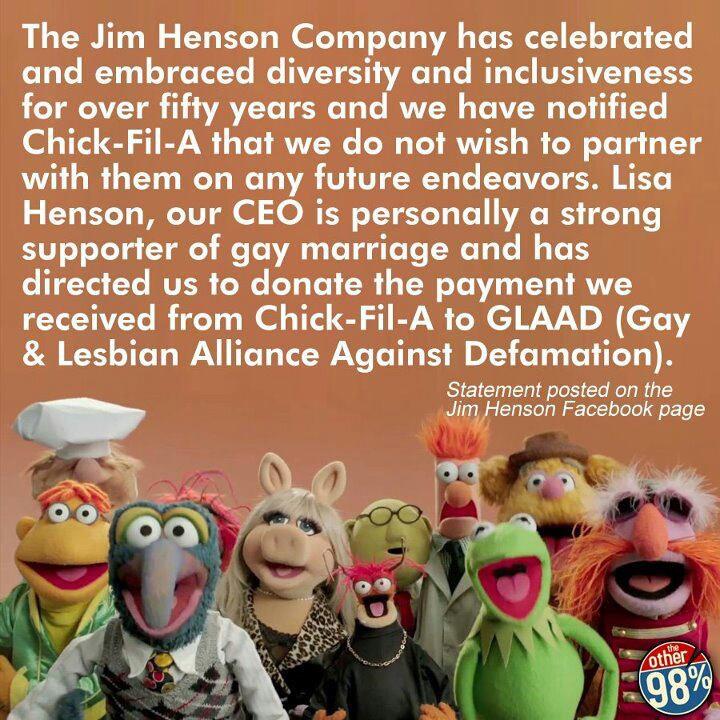 That picture was taken years after the Jim Henson Company sold those characters!  Then you have these: 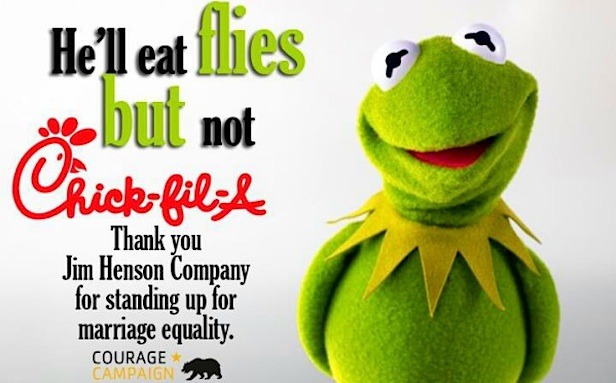 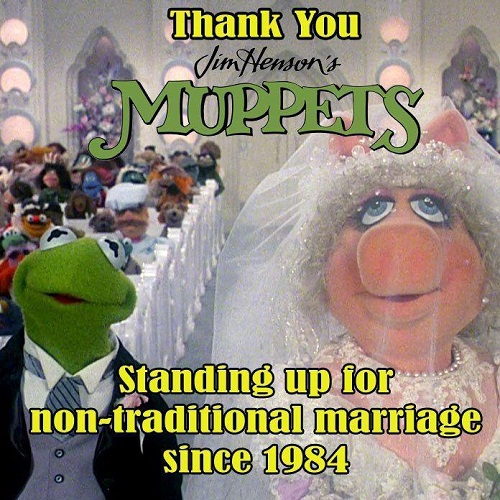 You guys. It’s so great that you want to show your support, and those are really clever, but couldn’t you have done two minutes of research on the Henson website?

I know, I know.  When people hear the name Jim Henson, they immediately think Muppets, and that’s never going to change, and I’m a lunatic for caring so much.  But I know I’m not alone.  As fans, we have a burning desire to help people not be wrong about the things we love.  So I got to thinking: What if I took these passionate feelings in a constructive direction? What if I could help create a solution, rather than complaining about the problem?

Which is why I’ve created my own series of pro-Henson Company graphics.  They take the same basic ideas, but they all feature properties which are actually owned by Henson. These images of instantly-recognizable Henson characters will be sure to get across your message, which is two-fold: 1) I understand who the Jim Henson Company is, and 2) I agree with them. 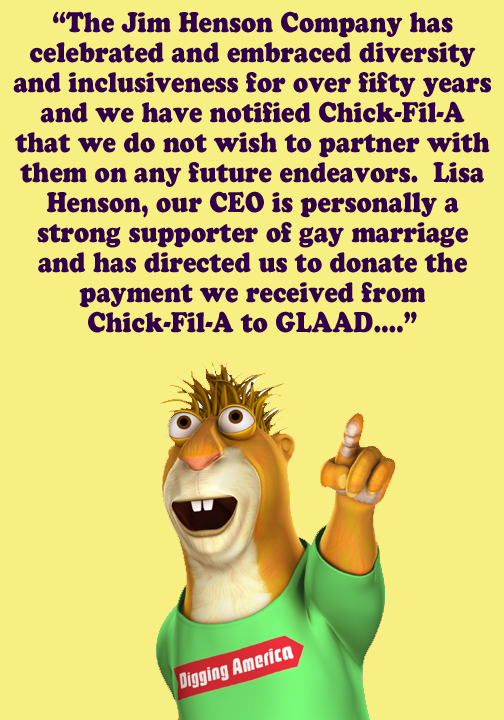 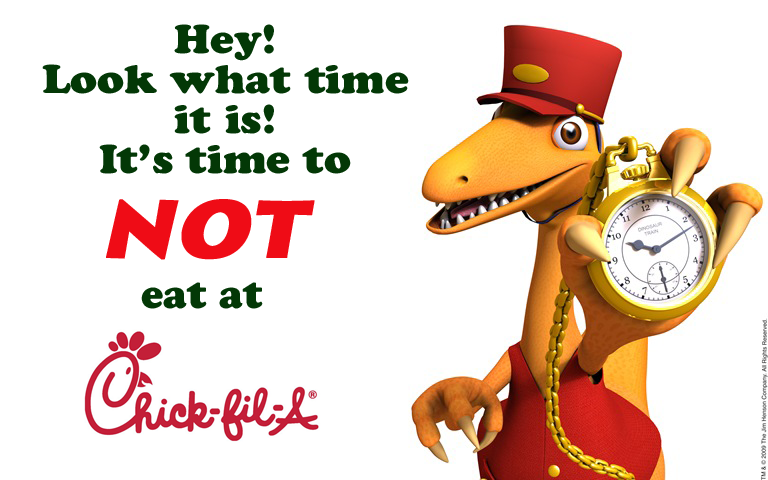 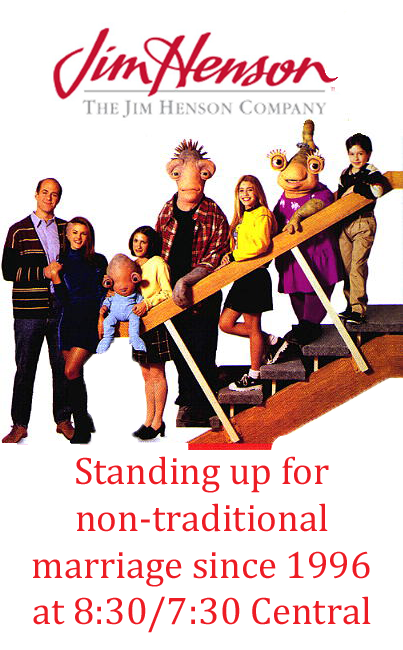 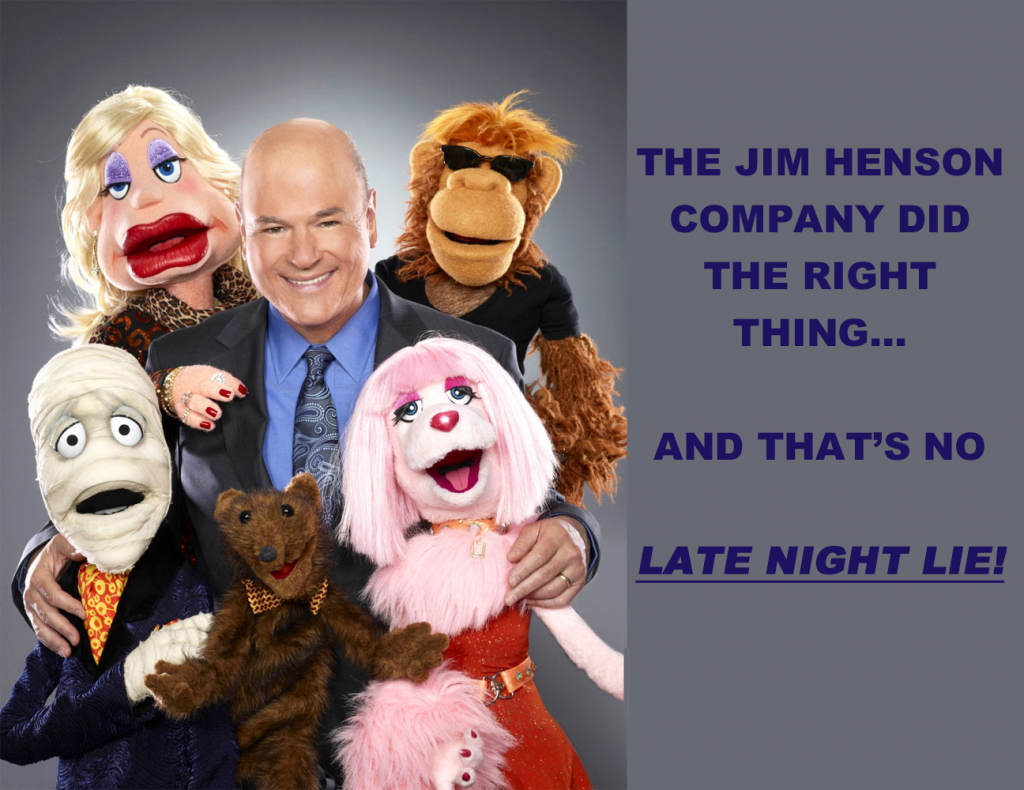 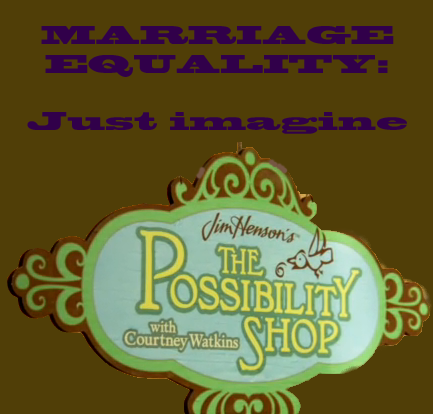 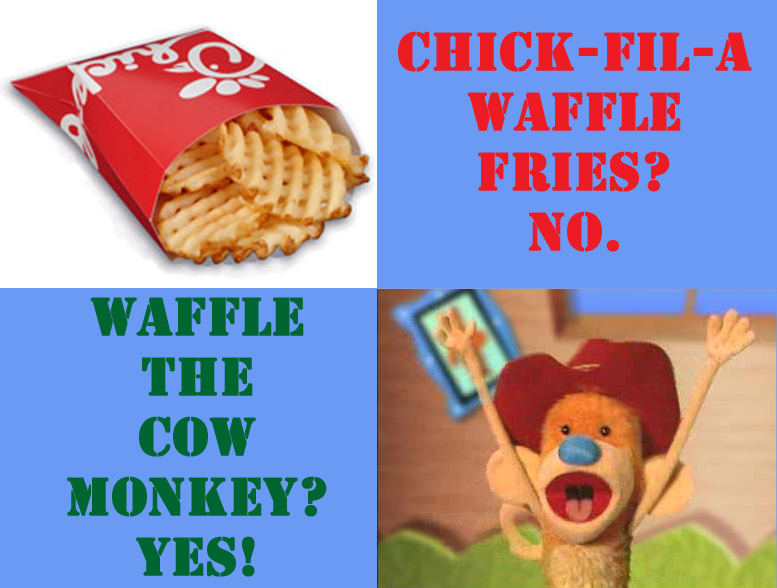 There you go.  I encourage you to post these on Facebook, tweet links to them on Twitter, tumble them on Tumblr, or do whatever else it is you crazy kids do these days.  Spread the word!

Click here to announce a voluntary recall of this article on the Tough Pigs forum!

P.S. For those who don’t follow everything the Henson Company ever does: The properties represented are Wilson & Ditch: Digging America, Dinosaur Train, Aliens in the Family, Late Night Liars, The Possibility Shop, and Animal Jam.