Talking to People Who Are Talking About Sesame Street 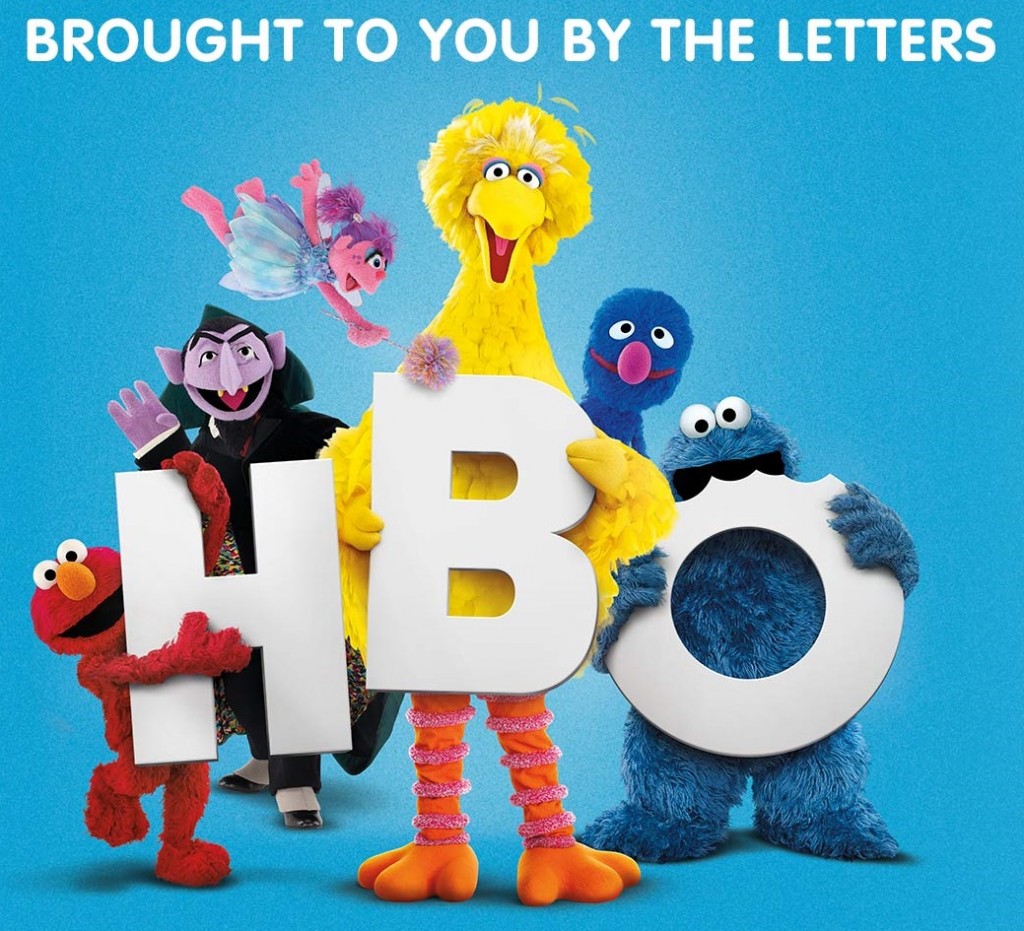 This is going to be one of those “Read this and then show it to other people less geeky than you!” articles.

People on the internet are passionate about the things they care about, but they have stupidly short memories, is what I’m saying. This also explains why the news of Rue McClanahan’s death keeps getting reported every few months. (I’m sorry if you’re just learning this news for the first time.  Or the second or third time.)

Anyway, when you’re a Sesame Street geek like me and you have a compulsion to keep clicking on things that have the words “Sesame” and “Street” in the headlines, you start to notice the same sentiments popping up over and over. I’ve posted a few comments on various websites, but who wants to spend all their time doing that, especially when KFC just introduced their Nashville hot chicken?

So here are some of the most common sentiments I’ve seen, and my responses.  Feel free to use any of these responses yourself in conversation online, at work, or in line at Jamba Juice, as long as you mention Tough Pigs and what a wonderful website it is. 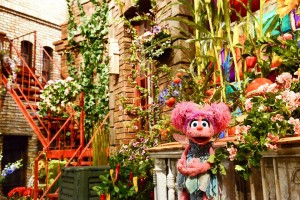 “So Sesame Street is getting a new set, with a community center, and a garden, and recycling bins?  I guess Sesame Street has been gentrified!”

Congratulations, you’re the 10,000th person to come up with the clever idea of calling Sesame Street GENTRIFIED. If you’re talking about the street being nicer, it’s not a brand-new development.  When the show expanded its set “around the corner” for the 25th season back in 1994, the new additions included a hotel.  A hotel!  That’s a lot fancier than a garden.  The “around the corner” stuff disappeared after a few years, but the point is, changes to the set have happened before.

Also: Since when is recycling the sign of gentrification? 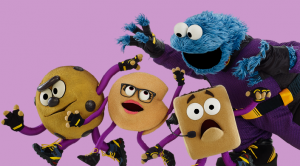 “Boo, Sesame Street is only on HBO now and kids without HBO can never watch it again!”

Does it suck that kids and 30-something Muppet fan website owners without HBO won’t be able to see season 46 episodes when they’re brand-new?  Yeah, it does.  But isn’t it better than if they never aired on PBS at all? I’m going to go ahead and say yes.

HBO wasn’t the only network/distributor the Sesame people talked to. The website Think Progress recently ran one of the most insightful and well-researched pieces I’ve seen about the new developments at the show.  You should definitely click your middle mouse button here to open it in another tab so you can read it in a minute, or if you have a Mac you can do whatever it is Macs do.  Here’s a notable, relevant excerpt:

Did other potential partners demand total exclusivity—which is to say, they were unwilling to allow new episodes of Sesame Street to ever air on PBS? Scott Chambers, Sesame Workshop’s senior vice president of North America media and licensing, said, “Let’s just say that HBO understood that [Sesame had to have a presence on PBS] much more quickly, and was willing to embrace it… And the other parties didn’t seem to embrace that aspect as quickly.”

According to Chambers, “It was really Richard Plepler [chairman and CEO of HBO] who immediately understood that Sesame Street, as an American institution, really can’t leave a platform like PBS, if at all possible. It really needs to maintain its broad and free distribution to the public.”

“At HBO, we are all fans of the series and couldn’t imagine Sesame Street not continuing on PBS,” Michael Lombardo, HBO president of programming, wrote via email. “We are proud to play this role in allowing it to continue on public television while at the same time seeing great value in adding an iconic series and an extensive library to HBO’s lineup.”

By the way, Sesame Workshop has made the first two episodes of season 46 available on YouTube, for the time being.  You can watch them here and here, while supplies last. 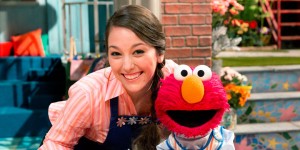 “I’m not surprised.  Sesame Street has been going downhill ever since they let Elmo take over the show!”

But Elmo loves you!  How can you hate a three-year-old child who loves you?! 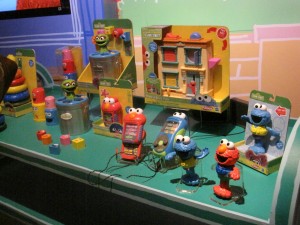 “Is Sesame Street selling out or what?  They already make billions of dollars on Abby Cadabby dolls and stuff.”

Sure, when you think of easy ways to make tons of filthy lucre, “non-profit educational company producing shows for public television” comes immediately to mind, right up there with “professional athlete” and “Katy Perry.”  But the basic reality is, if not for the HBO deal, we might have been looking at the end of Sesame Street in a few years.  Once again, the excellent Think Progress article has some relevant info:

Sesame Street has been operating at a loss for a long time now—over the last three fiscal years, the show lost $21.7 million—as the money from donations, distribution fees, and, most crucially, licensing for merchandise dropped. The rise of digital streaming has fueled the fall of DVD sales; plenty of Sesame material is readily available at the show’s official YouTube channel and elsewhere. Why buy “Proud to be a Cow” on home video when you can watch the clip online for free?

By 2015, Sesame Street “was clearly insupportable” in its current incarnation, [co-creator Lloyd] Morrisett said. “The question became, how to best continue to serve the audiences that we wanted to serve in a way that we could continue the production.”

Given the choice between Sesame Street on HBO and no Sesame Street at all, I’ll take the one where the show can afford to keep going through its 50th season and beyond.  I mean, Grover already has about 30 jobs as it is.  What’s he going to do to stay afloat if he loses his TV gig?  Have we already made that joke before on this website before?  Probably!

“Oh, it’s on HBO now?  Ha ha, that means the Muppets will be having naked sex all the time, and smoking crack, and also murdering each other!  Ha ha!  Because those are things that happen on HBO!  Big Bird’s gonna kill Cookie Monster with a sword like on Game of Thrones!  Ha ha ha ha ha ha ha ha ha!  I am a very funny person!  Ha ha!”

You are not a funny person.

Sesame Street and the DoorDash Dilemma