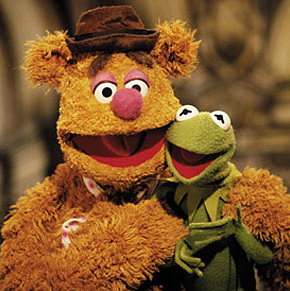 What is it about the Muppets that they’re always linked to Christmas? Even when they make a movie that has nothing to do with Santa or reindeer or figgy pudding or Dominick the Donkey, it ends up getting released on December 25.

Of course, they haven’t made the movie yet. They haven’t even started. But now we have a release date for the next new theatrical Muppet movie: December 25, 2011. I’m not Mr. Motion Picture Expert Guy, but this seems like a pretty good date to me, for two reasons:

1. It implies that the Muppet movie is going to be Disney’s big family-film centerpiece for the 2011 holiday season, and that means they’ll be promoting the crap out of it to make sure everyone knows it’s coming. Do you know how many ads I saw for Muppets From Space before and during its release in 1999? One. One 15-second ad on late-night cable. I have a feeling that’s not going to happen with Disney holding the money jar this time around. In fact, by the time the movie opens, I bet we’ll all be sick of hearing about it. “Ugh, enough with the frog and pig movie already!” we’ll cry. “When are they going to make a sequel to G-Force?”

2. If the movie came out on April 5 or November 4 or whenever, I would go see it, thus ensuring one (1) ticket sale. But it’s coming out on December 25, and I’ll be home for Christmas with my immediate family plus a few relatives, and I know they’ll go see it with me. Which means the new Number of Muppet Movie Tickets Sold Because Ryan Wants to See It jumps up to six or seven or eight (depending on whether my elderly Aunt Cloise comes along). It seems smart to release the movie at the one time of year when everyone is with their family, because — whether it’s grown-up siblings looking to recapture the fun they had watching Muppet movies when they were kids, or parents who want to share the cinematic Muppet experience with their children — families are going to want to see this thing together. 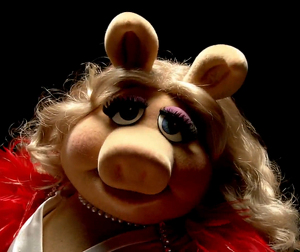 Am I being too optimistic? Yes, probably. There’s every possibility the movie will flop, or even that the date will get pushed back to some weekend in 2012, by which time we might all be dead except for John Cusack. But for now it’s exciting to have a concrete date to look forward to. It’s been so long since we heard the first rumblings about Jason Segel’s script — I posted this list of FAQs about the project way back in June of 2008, when the world was young and innocent and Franklin Delano Roosevelt was still alive and nobody had heard of Justin Bieber. Last month we heard about the first table read, and that certainly tickled our anticipation bones, but the story was still “They did a table read for the movie which will be made and released sometime, eventually.” Now we actually have a number we can mark on our calendars.

Hey, remember that New York Times story called “Fuzzy Renaissance?” A few months before Letters to Santa aired, we read all about Disney’s carefully-planned strategy to “bring back”¬ù the Muppets. When Letters to Santa was followed by months of silence, I assumed that article was a combination of hype and wishful thinking, but danged if they haven’t done just what they said they would do. By making sure the Muppets pop up on TV and YouTube on a regular basis, they’ve managed the improbable: They’ve gotten people excited about new Muppet stuff. And not just fans — normal people!

Of course, Christmas 2011 is still a long way off. We’re going to have plenty of time to alternate between getting our hopes up and fretting the new film will be lousy, or that it’ll be the equivalent of Studio DC: The Movie. I’m sure we’ll find a lot to worry and complain about — Already we’ve been talking on the Tough Pigs forum about how The Greatest Muppet Movie of All Time is not a very good title, and how it will instantly invite unfavorable comparison to the classic Jim Henson-era movies. (In fact, as I write this 80% of forum readers think the title should be changed. Meanwhile, Box Office Mojo lists the movie as simply The Muppets, which I also hope is not the final title.) 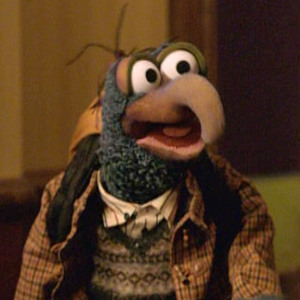 It was disappointing last week to hear from Charles Grodin that he won’t be making a cameo in the movie, because he apparently doesn’t like leaving his house. I really liked the idea of bringing back a Muppet movie actor to reprise his role — Maybe Charles Durning or Diana Rigg is available? At least Nick Stoller has publicly stated on multiple occasions that they’re planning to give Uncle Deadly an appearance. Given the right role, I truly believe Uncle Deadly could be a serious contender for either an Academy Award or getting his scene deleted from the final cut.

Another thing that’s got me wary is the fact that we haven’t heard anything yet about songwriters hired for the film. It has to be a musical, right? Muppets just aren’t Muppets unless they get to sing. Hiring director James Bobin, who’s best known for HBO’s Flight of the Conchords is a good sign, but I hope they get somebody who can write some really catchy, clever, in-character songs. (Say — What do you suppose are the chances of having Jemaine Clement and Bret McKenzie from Flight of the Conchords write the songs?)

Recently, Muppet fans have been having a lovely time looking back, with DVD releases of Jim’s work from decades ago, and the unveiling of the nearly 50-year-old Muppet pipes at NBC. Now it feels just as good to cast our thoughts to the future, to the possibility of a new hit Muppet movie. If Santa Claus happens to be reading this website right now, I have a personal message: I already know what I want for the Christmas after next, and it’s only two little things: I want the new Muppet movie to be great, and I want it to be the smash hit mega-super-blockbuster of the year. That’s not too much to ask, is it? 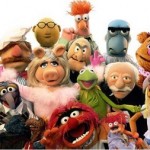 Click here to start counting down the shopping days remaining until New Muppet Movie Day on the Tough Pigs forum!