My Weeks with The Jim Henson Hour, Part 10: Secrets of the Muppets 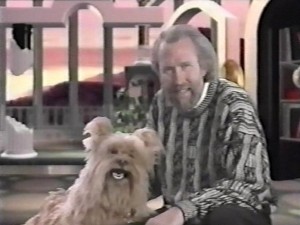 How do the Muppets work?

This is the question posed to Jim Henson by a dog named Jojo in the opening moments of The Jim Henson Hour. Millions of viewers have asked variations of that question while watching Muppet stuff, and I bet Jim constantly got similar queries in his daily life. I can just picture the plumber showing up to unclog the bathtub drain at the Henson household, then asking, “Hey, how did Kermit the Frog ride a bicycle, anyway? Oh, and that’ll be ninety-five bucks.”

Yes, it is cool. “Secrets” doesn’t explain all the tricks of the Muppet trade, because that would take up a few more weeks than the Henson Hour‘s 48-minute running time allows. It’s pretty focused on productions from the previous couple of years, and it never even mentions Sesame Street, the home of Big Bird chest monitors and two-man Snuffleupagus puppets. But it covers a lot of ground, from the basic method of puppeteering with a monitor to the construction of animatronic heads for creatures from The Storyteller.  If I met someone who was just starting to blossom into a full-fledged Muppet geek and they asked me for viewing recommendations, “Secrets of the Muppets” would be near the top of my list. 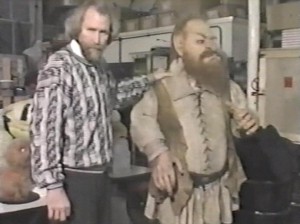 So why didn’t this episode air on NBC during The Jim Henson Hour‘s short-lived original run? Why didn’t they schedule this one to be broadcast before the likes of “Outer Space” or “Power?” Did they not want to break from the “half an hour of MuppeTelevision, half an hour of something else”format too often so early in the run?  Were they not sure people could handle all those secrets? Was the episode just not finished in time for the series’ network premiere? For the time being, that answer will just have to remain a secret.

“Secrets of the Muppets” is all about Jim Henson explaining things, so it only makes sense that it includes a character for him to explain things to. Rather than using an existing Muppet or perhaps bringing in a precocious child actor from an NBC sitcom, the special introduces the aforementioned Jojo, a dog who’s sort of halfway between a Muppet and a creature. I remember a conversation on the Tough Pigs forum years ago in which a few fans claimed to dislike Jojo, and I really can’t imagine why. She only existed for this one episode, so to be honest I can’t imagine anyone having a strong opinion of her either way, but she serves her purpose nicely. Her appearance is based on a real-life cute doggy named Bamboo, she’s performed by talented Muppet performer Camilla Bonora, and she approaches each new revelation of Henson wizardry with appropriate awe and delight. 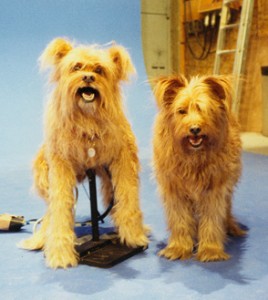 And there’s the fact that Jojo’s role in the show is that of an audience surrogate. Jim shows her the things he wants to show us, and she asks the questions we might ask. So really, anyone who hates Jojo really hates themselves. Just think about THAT.  And now that I’ve delivered that scathing message to two or three people, let’s move on.

Jojo wants to know everything about everything, but “Secrets of the Muppets” delivers the goods judiciously.  It makes us wait a while for the really good stuff.  First we learn about Jim’s computer generated room, which is neat but not that interesting, except for the moment when he puts on a blue tie and we can see right through him.  Then there’s a little montage about how Jojo was designed and built.  But then it’s time for the real meat and potatoes, as Jim takes us to the Muppet workshop in New York and the Creature Shop in London, and we get to see where all those critters are actually made. This eventually leads to the scene where Jojo joins the “OMD,” which is a fine example of fan service before the phrase “fan service” existed.

Jim answers plenty of questions over the course of the show: How do the Gorgs and Doozers work?  What’s the deal with Waldo?  Is John Hurt’s nose really that bulbous?  And so on.  He even explains things we didn’t realize we wanted explained to us, such as how a rod-hand puppet like Gonzo answers the telephone.  The whole time, Jim yammers on about how all these Muppets are merely puppets — right in front of the Muppets themselves.  This could have created a weird sense of detachment from the characters we know and love, but Jerry Juhl, the only writer credited for this episode, doesn’t let that happen.  Even as Jim is acknowledging that puppets are just things to be manipulated by people, the Muppets are as alive as ever, with the whole MuppeTelevision gang freaking out over Jim’s use of “the p-word.”

A little over halfway through the show, Jim answers the question he dubs “the big one.”  How do Muppets ride bicycles?  He starts with a surprisingly simple description of the rig used for Kermit’s big biking scene in The Muppet Movie, then moves on to the bigger “Couldn’t We Ride” number from The Great Muppet Caper.  Unfortunately, there’s no on-set footage showing the actual contraptions they used, but just hearing about how they made it happen is impressive enough.

Muppets on wheels may be The Big One, but the final secret turns out to be the puppeteers.  “Our puppeteers are probably the greatest secret we’ve got,” Jim says, before a wide shot removes the digital Muppet Central control room set and reveals the principal performers.  The vast blue void behind them has the unintentional effect of emphasizing the control room’s true nature as a complete lack of anything, but it’s nice to see the likes of Dave Goelz, Steve Whitmire, Jerry Nelson, Fran Brill and Kevin Clash get a moment in the spotlight.  And fortunately for the Muppets, once that part is over, the performers disappear, the floor returns beneath their feet, and everything is back to normal. 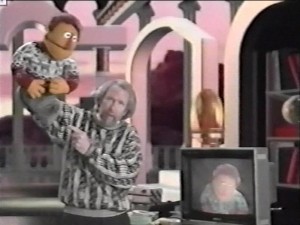 At the time it was produced, “Secrets of the Muppets” was an exploration of what Jim Henson Productions could do with the very latest technology, but The Jim Henson Hour was canceled before it saw the light of day. By the time Muppet fans finally got to see the episode as a free-standing special on Nickelodeon in the 1990s, some of the effects were already looking a little rusty.  Watching it now, there are moments where it feels like a historical document.  Today everyone knows what a bluescreen is, because every movie ever made uses them, and there’s nothing novel about a computer-generated room. In 1989, it was all new and exciting and the sky was the limit, but since then, the computery stuff has become commonplace and the art of animatronics is struggling to stay relevant.

One thing that hasn’t changed is that the Muppets continue to combine traditional puppetry techniques with awesome modern technology to impress us and make us believe frogs can dance. But you know what is different now? While Jim Henson loved showing the audience “how the Muppets work,” Disney has apparently decided that no one can ever know. There were no making-of featurettes on the Blu-ray of The Muppets acknowledging that the movie was made by human filmmakers using puppets, and the upcoming Muppets Most Wanted release looks to be the same way.  All the on-location “behind the scenes” material for the movies treated them as if they were just regular movies starring actors who happened to be pigs and bears and Walters.

What’s up with that? I want to know how they got that “Muppet Ladder” shot to look so good. I want to see the on-set, pre-special-effects footage of the kidnapping of Jack Black and Constantine’s prison break. But aside from a few stray comments by the creative folks in interviews and commentaries, Disney’s not giving us anything to make us say, “Wow, so that’s how they did it!”

It’s really too bad. There have been enough clever, innovative Muppet projects in the last few years of the Disney era — beyond the movies, the “Be More Tea” commercial immediately springs to mind — that they could easily fill a whole new special with here’s-how-we-did-this material.  They could call it “More Secrets of the Muppets,” or “Secrets of the Muppets 2: A Sequel to a TV Episode You’ve Probably Never Seen.”  They could put it on a Blu-ray or air it on ABC or Disney Channel.  And this would never ever happen, but they could even bring back Jojo, if Camille Bonora is available.  I’m sure there are a lot of plumbers out there who still have questions about how the Muppets work. 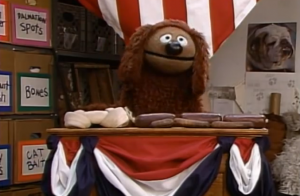 Click here to say the p-word on the Tough Pigs forum!