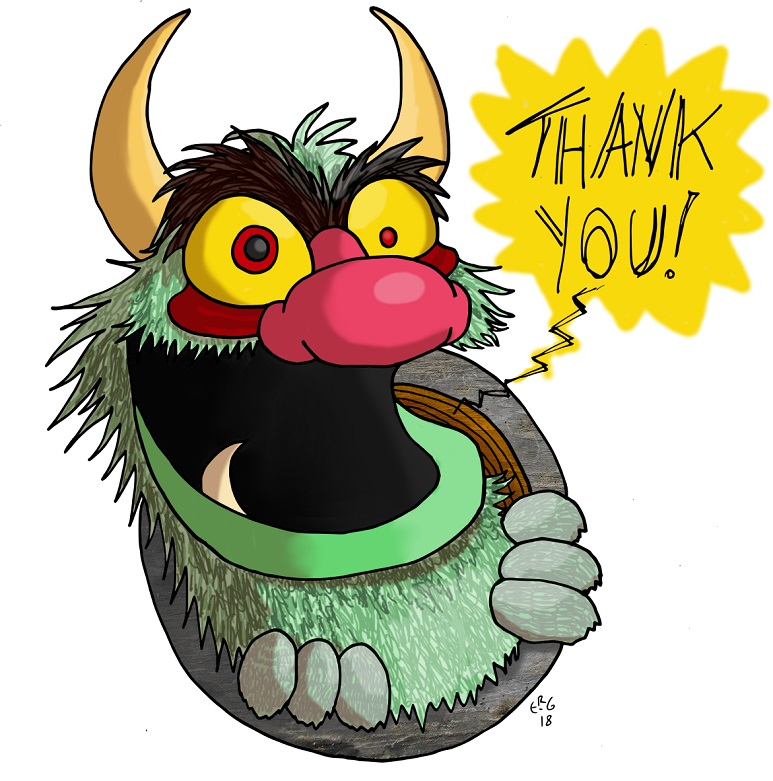 My Favorite Muppet of the Moment is Big Mean Carl.

Why did I choose Big Mean Carl as my Favorite Muppet of the Moment?

Well, as you might have heard, a new puppet movie came out last week. I’m not really too excited about The Happytime Murders, but if you are, more power to you! Instead, however, I’m excited to revisit some of my favorite characters performed by Bill Barretta, who performs Phil Philips in this new film. We talked about Bobo last week, but today, I’m thinking that my favorite Muppet of the Moment is Big Mean Carl.

Carl is this massive, shaggy beast following in the long line of Muppet monsters. Since he looks like a sloppy Luncheon Counter Monster with an even bigger mouth, it would be completely believable that Carl had been around since the Ed Sullivan days. Instead, he originated for a Muppet Meeting Film in 1992 before making his first full appearance in Muppets Tonight.

Folks, I’m going to say what might be the most controversial thing anyone has ever said on ToughPigs.com: Big Mean Carl might just be the funniest puppet of all time. 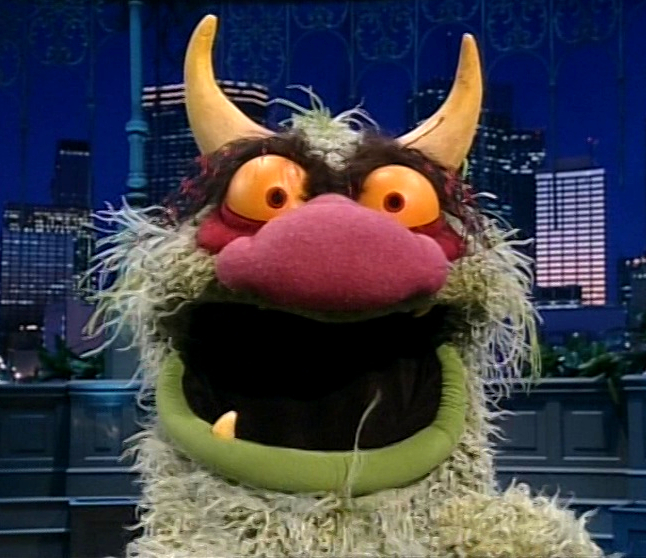 What makes Carl so great?

You’ll notice I said Carl was the funniest puppet of all time, not Muppet. While it’s clear that Fozzie and Gonzo and all the like have had funnier character beats, Carl’s humor is purely surface-level. They come more from the puppet and Barretta’s general performing traits instead of deep, heartfelt backstory. That might feel like a weakness, but in a sea of background characters, it’s important that Carl stands out like no one else.

Firstly, his design. It’s impossible to look at this gigantic messy creature and not smile. His bulging, yellow, unfocused eyes. His wild hair. And of course, his enormous, gaping mouth. Unlike a lot of other puppets, Carl’s mouth doesn’t simply open up and down. Instead, it opens at weird angles, making him very silly to watch. His lip quivers left and right as he talks, and he chews and burps in a strange circular motion. It’s hard to explain, but easy to notice if you watch a clip.

Secondly, his voice. Unlike other monsters, Carl’s voice isn’t deep. Instead, he’s kind of whiny, which combines hilariously with the fact that he’s constantly shouting. The moment in The Muppets TV series when he tells Fozzie he doesn’t “judge tone” is such a great encapsulation of why he’s hilarious.

And lastly, but honestly, most critically: this is a monster named Big Mean Carl. If hearing someone say his name isn’t hilarious to you, I don’t know what to tell you.

I could go on about other elements. For one thing, I do love how Carl always seems to feel the need to think of creative ways to justify eating everything and causing mayhem, as if being a giant monster wasn’t reason enough. I love how in Muppet Snow White he appears as the comparatively brainy leader of the background monsters. But in the end, Carl’s whole conceit is funny. It doesn’t matter what he does, or if he never does anything again. Just seeing him in the background and knowing this guy is loud, messy, and named Big Mean Carl is enough to make me smile. Thank you.

You’ve probably seen it already, but there’s no better Big Mean Carl moment than “Stand By Me,” from the Muppets’ far-too-brief YouTube renaissance.

Well, it’s either this or the time he was Carl the Big Mean Bagpipe Eater.

Click here to eat a porcupine on the Tough Pigs forum!