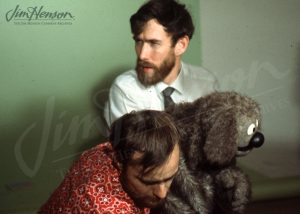 I don’t think anyone much disputes who was and wasn’t present for the creation of the Muppets. First, Jim Henson: founder and father of all things Muppet-related. Naturally, Jane Henson was by his side right from the get-go. Soon the likes of Frank Oz, Don Sahlin, and Jerry Juhl made appearances – all of whom contributed greatly to Jim’s vision.

And then, of course, there was Jerry Nelson.

When Frank Oz was drafted in 1965, the crew needed someone to come in and perform Rowlf the Dog’s right hand for tapings of The Jimmy Dean Show. Enter Jerry Nelson, a puppeteer out of Washington D.C. who trained with Bil Baird. Once Oz returned, having failed his draft physical, Jerry had cemented himself in the group and Jim asked him to keep on performing with them.

It makes perfect sense why Jerry and Jim immediately clicked. Neither of them had set out at the start to work exclusively with puppets – Nelson had had his sights set on acting when he moved to New York. Yet, here were these two extraordinarily talented men who, when given a puppet, could instantly improvise a new character on the spot. Both had a talent for voices and singing – especially Jerry – and each had a sense of humor about them that made them equally successful as puppet performers. Not to mention they were considered by many as friendly, funny, and easy going. A relationship, both professional and personal, seemed only natural for this duo. 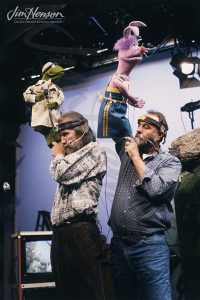 While helping out as Rowlf’s right hand on Jimmy Dean, Jerry got to feature as a more prominent player in Jim’s early productions Hey, Cinderella!, The Great Santa Claus Switch, The Frog Prince, and many others. However, it was really Jerry’s participation in the short film The Cube that speaks volumes. In collaborating on a non-puppet project, it’s clear how Jerry had embedded himself with Jim’s crew; he was respected for more than just his puppeteering skills at that point.

Then, of course, Jim had Jerry brought on for The Muppet Show and Sesame Street. These two ongoing projects also speak of the two performers’ relationship. By this time, it had become evident Jerry was among five or six of the most prominent performers on either show, right alongside Jim (who, Jerry later recalled in The Muppet Show Live, had a reputation for being called “fearless leader”). He certainly wouldn’t have been asked to join such expansive projects had he and Jim not gotten along as both coworkers and friends. 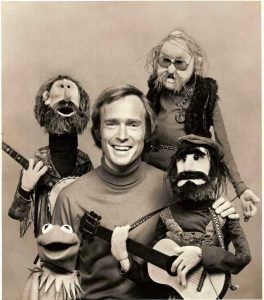 While Jerry often paired with Richard and Jim with Frank when it came to their character work, Jim and Jerry played off each other in a number of episodes and films. Often they were one-off Whatnots in random sketches or quick interactions between established characters, but other times we got to see them interact with much more depth. We got to see their humor during the Pigs in Space segments through Link Hogthrob & Dr. Julius Strangepork, their talent for music with Dr. Teeth & Floyd Pepper (as well as with the Muppet versions of themselves in The Country Trio), and we received several lovely moments between everyone’s favorite uncle-nephew duo, Kermit & Robin.

Jim and Jerry continued to work heavily together throughout their careers, which is most evident in Fraggle Rock, Emmet Otter, The Christmas Toy, The Jim Henson Hour, and, of course, all the Muppet films and TV specials. Jerry had a bit part in The Dark Crystal and took no part in Labyrinth. In the Brian Jay Jones biography of Jim’s life, it’s cited that Jerry was hurt that Frank and Jim were taking off together on new projects. He felt left behind at the time, as he had been there since nearly the beginning as well.

Even so, the two remained friends throughout their lives and careers and, naturally, the passing of Jim Henson affected Jerry just as much as it did everyone else who ever knew him. Jerry sang two songs at Jim’s memorial – “When the River Meets the Sea” with Louise Gold and the wonderful medley with the other main Muppet performers. In watching the videos of both these songs, it’s evident how much Jim meant to Jerry and how saddened he was by the loss.

In the wrap up of Jim Henson: The Biography, many people who knew Jim are quoted in summing him up as a person. Jerry was included in this group, and he’s quoted in saying,

“I see Jim’s life as a very Zen kind of thing. I never heard him say rude or bad things about other people. He lived, I think, by example. To show other people who to be by who you are.”

From that quote alone, it’s clear that Jim had a profound effect on Jerry’s life – as a fellow performer, as an artistic collaborator, and as a true friend. 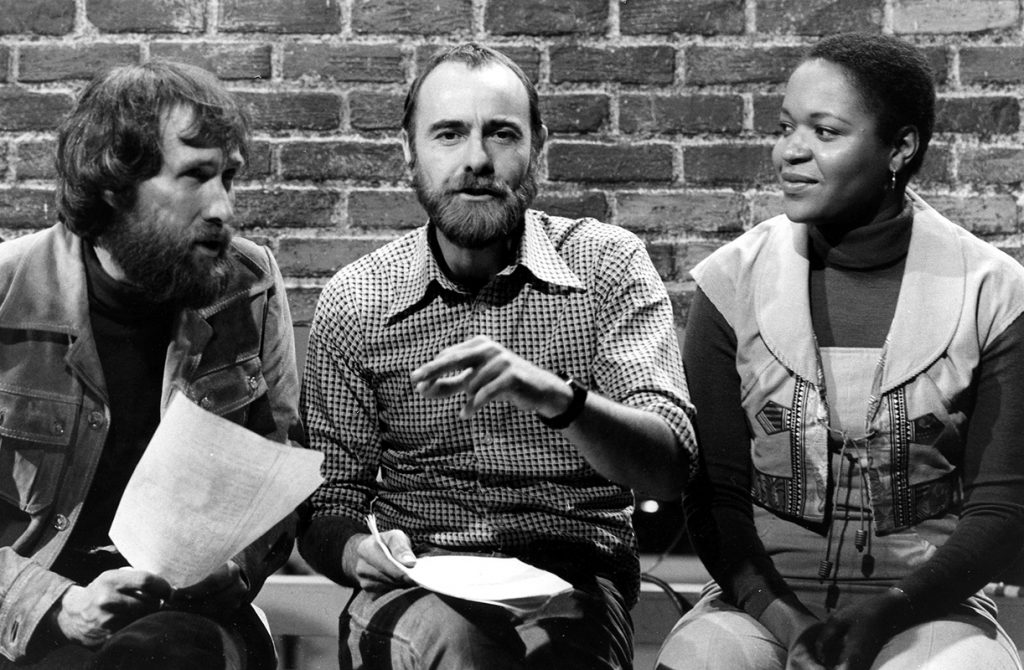 Click here to be Rowlf’s right hand on the ToughPigs forum!