Throughout its fifty-year history, Sesame Street has gone out of its way to reflect the world that we live in. It’s never been afraid to address and evolve with the times, though it does offer timeless lessons. For American children, myself included, the world changed forever on September 11th, 2001. It was then that a generation learned that the world wasn’t always the sunny, friendly place that Sesame Street typically depicts, and it left kids with a lot of questions.

Now, the folks at Sesame Workshop could have decided to take the path of least resistance and stuck with letters and numbers for Season 33 in an attempt to try and return some normalcy to children’s lives. But then, it wouldn’t really be Sesame Street. So while they never specifically referred to the 9/11 attacks on the show, they devised four episodes that would help address some pretty heavy topics that were stirred up with the events of the time. Because of this, I like to call Season 33 “the season where Sesame Street got real.” 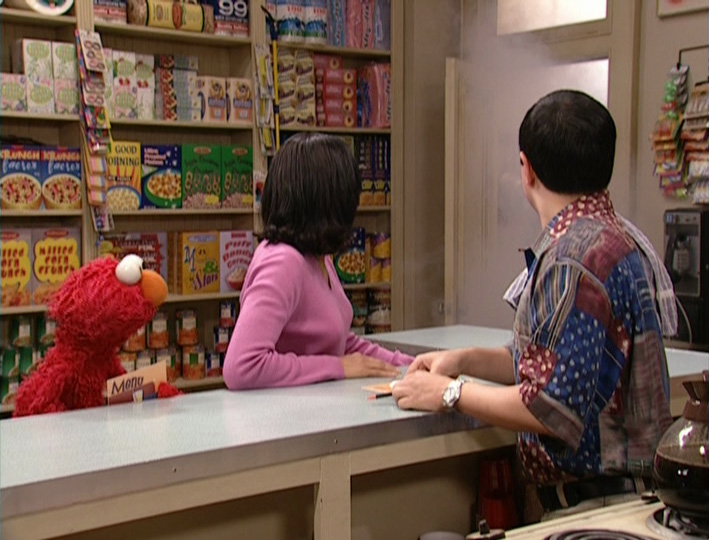 The first of these episodes acted as the season premiere, when a fire broke out in Hooper’s Store while Elmo, Maria, and Alan were inside. While they escape unscathed, Elmo is deeply traumatized by what he saw, to the point where he says he never wants to set foot in the store again. Now, I grew up near New York City. While I was in school during the 9/11 attacks and didn’t actually watch them unfold live on television as so many did, it was hard to feel safe going anywhere for a long time afterward. Those images were terrifying.

But Sesame Street found a way to address it, as Elmo and Maria visited a firehouse and Elmo got to know the firefighters. It reminded people that when tragedy strikes, there are people out there who will try to protect you. There are good people in this world. That doesn’t mean that bad things can’t happen, but it can be enough to keep you from being paralyzed with fear. And in a way, it felt cathartic. If Elmo could find a way to feel better, maybe we could too. 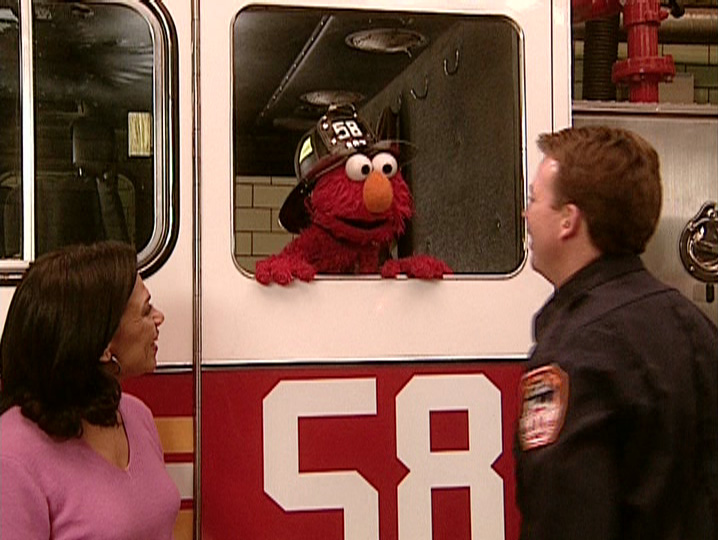 Another episode dealt with loss, when a lost turtle wanders into Big Bird’s nest area, where the two become close friends, but eventually leaves without saying goodbye. Naturally, Big Bird’s sad that he lost his friend, but Gina comes by to help Big Bird process his feelings. This is somewhat evocative of the previous season’s arc where Big Bird loses his nest to a hurricane, where Big Bird has some big emotions to deal with. Like Gordon says in that arc, it’s not okay, but it will be okay. Much like grieving families at the time, the okay that you find is never the same one that you lost, but in time, you find a new normal, and it’s okay to ask friends and loved ones to help you find that normal.

The other two episodes that were specially designed for the recent events seemed to directly address the growing tide of prejudice and bullying. In one episode, Big Bird’s pen pal Gulliver comes to visit, but is apprehensive at the idea that his friend hangs out with creatures other than birds, and is particularly upset that his best friend is a Snuffleupagus, even refusing to play with him. In another, Telly’s cousin Izzy comes, and after Telly shows off his triangle collection, he decides to bully Telly and take them for himself. 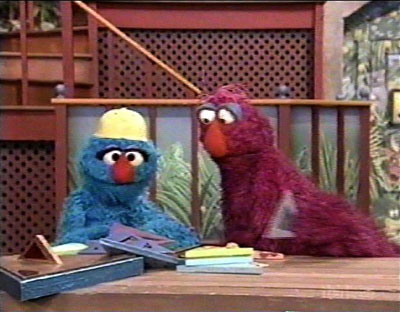 Indirectly, the show managed to touch on how to deal with people who aren’t nice, not because they’re hurting in any way, but because they care more about themselves than they do about how they affect others. Telly is even incensed enough to consider violence in an attempt to get his triangles back, but he realizes that it wouldn’t bring about the change he wants. He would just become a bully himself. Instead, in both episodes, Gulliver and Izzy are asked to consider how they would feel if what they did happened to them, and in time, their stances soften. The creative staff knew that empathy was a powerful tool that was needed to truly heal from this tragedy, and the key was teaching children how to use it.

Even now, America still shows some ugly scars from those attacks, and in some ways, these episodes are needed just as much today as they were seventeen years ago. A couple of years ago, I argued that Sesame Street was the New Yorkiest show in television history. Believe it or not, Season 33 was the inspiration for that piece. September 11th, 2001 was arguably the darkest day in the city’s history, but thanks to Sesame Street, kids had tools to deal with what was happening around them and find that new normal for themselves. And maybe, just maybe, sunnier days would be ahead. 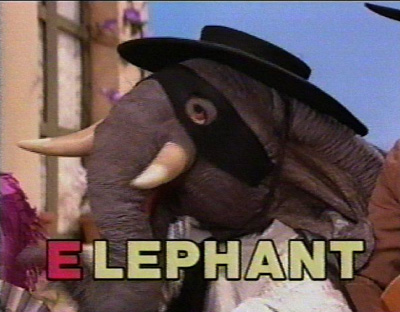 Notable Character Debut: Say, what do you get when an elephant is playing poker and puts in an ante? Elefante! (I know he’s not really notable, but this is ToughPigs! There had to be at least one joke in this piece!)

Notable Character Departure: After thirty years on Sesame Street, Linda makes her final appearances in Season 33. Thanks for everything, Linda.

MVM (Most Valuable Muppet): I’ll be honest, Elmo’s performance in the season premiere is Emmy-worthy stuff. The little guy really makes you feel a whole lot of emotions over the course of the episode.

MVH (Most Valuable Human): Honestly, everyone gets their moments this season, but I think overall, Maria earns the honor. She really shows a lot of concern for Elmo after the fire, and helps him overcome his fear.

MVE (Most Valuable Episode): The quartet of episodes written in response to the 9/11 attacks are some of Sesame Street at its finest. (That’s Episode 3981, Episode 4021, Episode 4026, and Episode 4029, if you want to look them up.) And thanks to the New York City Fire Department, you can watch the street story from the season premiere!

Other Notable Episodes: In Episode 3984, the Fix-It Shop becomes the Mail-It Shop. Don’t worry, toasters will once more have a place to be repaired when the Fix-It Shop, though there will be a four-year delay. Oh, and the episode where Elefante appears? That just happens to be Sesame Street’s 4,000th episode. Y’know, like most television shows have.

Curriculum Focus: In addition to the episodes mentioned above, the show is restructured for Season 33, with street stories being told in more connected blocks as opposed to more spaced out through the episode, with a more standardized format with recurring segments. The episode count also drops again, down to 50 episodes this season.

Musical Highlight: Before she was Queen Bey, Beyoncé Knowles appeared on Sesame Street with her Destiny’s Child group-mates Kelly Rowland and Michelle Williams to perform “A New Way to Walk.”

Best Celebrity Moment: Predicting the future trend of recasting superheroes, John Leguizamo takes on the mantle of Captain Vegetable, the first time the character was portrayed in human form.

One More Thing: Season 33 also marked Frank Oz’s first performances on the show since his departure, as he performs Cookie Monster and Grover in several “Letter of the Day” segments.

Okay, One More Thing: As a Muppet fan, perhaps the coolest thing about the whole season is that in a “Letter of the Day” segment about the letter N is that in the first segment, Frank Oz performs Cookie Monster…

Playing two of your most iconic characters in the same sketch? I’d say that N stands for Neato!

Click here to recast Captain Vegetable on the ToughPigs forum!