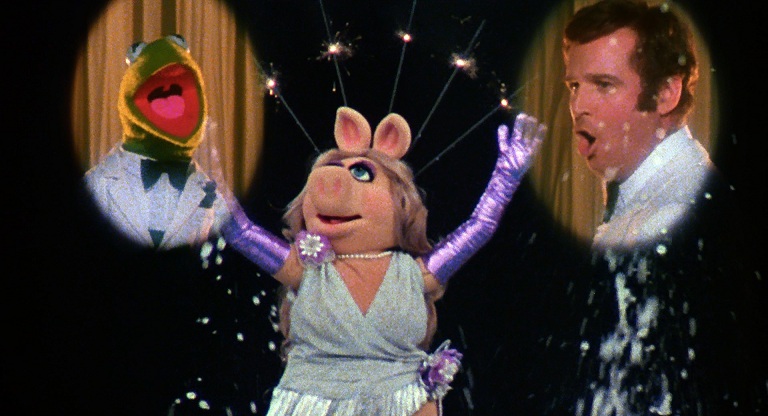 Throughout the history of Muppet… history, there have been mysteries that confounded even the most knowledgeable fans. Who performed Waldorf’s wife, Astoria? Who performed Gordon in the Sesame Street test pilot? (A question we actually got the answer to in 2011!) And just what’s the name of that song?

But one mystery to me has stood out above the rest: In The Great Muppet Caper’s number “Piggy’s Fantasy,” who dubbed Nicky Holiday’s singing voice?  No one is credited in the film or on the soundtrack.  I have some ideas, and the film’s 35th anniversary is as good an excuse as any to share my crackpot theories with the world.

If anyone told me that this voice was definitely from a Muppet performer, my gut instinct would tell me that Richard Hunt had the closest range, not to mention he was already working on the film. I definitely get a Placido Flamingo-esque vibe from this voice that makes this one of one of my more credible guesses. 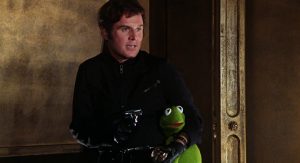 In terms of performance, Jerry Nelson could do it all. He could play a shy little child or a bombastic Southern colonel, and make you believe he really was both. With no information to really go on, it’d be foolish to rule the “Man of a Thousand Muppets” out.

As far as we know, Tim Curry made his Muppet movie debut in Muppet Treasure Island… but what if he made a stealth appearance fifteen years earlier? He certainly matches the vocal range… 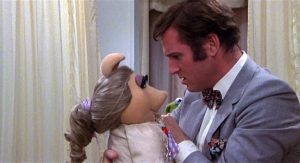 Nobody could love Miss Piggy more than she loves herself, so why not have the one performing her sing the ultimate love song to her?

I don’t really think it could be him; I’ve just always wanted to mention him in an article.

According to Jim’s Red Book, filming on The Great Muppet Caper began on September 4, 1980, just weeks before the 1980 presidential election. To choreograph the puppetry to the music, the music was likely recorded before shooting. Perhaps to blow off steam in the heat of a campaign, the former film star flew to London for a weekend to make one last movie appearance. 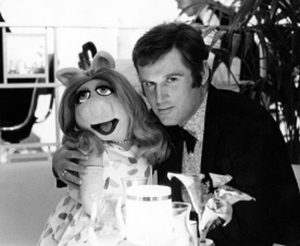 Isn’t she known for her great range?

How come this Soberman guy’s throwing around so many suggestions? Could it be that he’s hiding something musical in his past?

Oh, wait. I was born long after The Great Muppet Caper was released. So I guess it couldn’t be me. It looks like I’m off the hook, but I shouldn’t leave town anytime soon…

The old saying goes that the greatest trick the devil ever pulled was convincing the world he didn’t exist. What if Nicky Holiday’s silent response Miss Piggy’s accusation of dubbing is a flat denial? Perhaps Mr. Grodin has actually had an incredible singing voice all this time, but he’s been afraid of being accused of having a musical stand-in!  I expect to see this fan theory all over the internet by tomorrow.

I guess we’ll have to wait and see if someone ever reveals themselves to be the mysterious musician. Hey, we never thought we’d find out who originally played Gordon! Anything can happen in today’s world of fandom. So if the actual singer of “Piggy’s Fantasy” winds up reading this, please contact us to reveal your identity! All the world ever wanted was you (to tell us who you are). 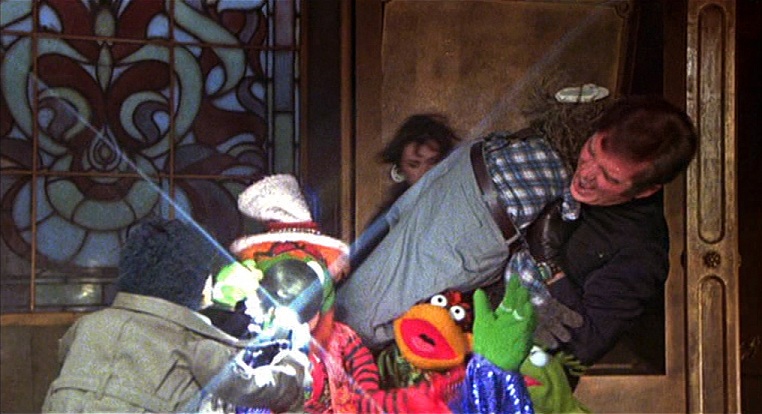 Click here to lip sync to the ToughPigs forum!