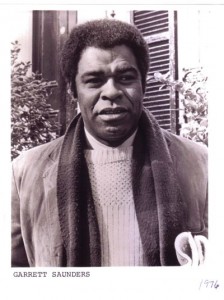 It was one of the greatest mysteries of our time, on par with the fate of Amelia Earheart and the whereabouts of D.B. Cooper.  The question had haunted Sesame Street fans and Sesame Workshop alike for years: Who played Gordon in the first test pilot episode of Sesame Street taped in 1969?

And now, in one of the most exciting developments in recent memory, the mystery has been solved.

If you’re a regular reader of Tough Pigs, you may be familiar with this epic enigma, which we’ve been intrigued by ever since the release of Sesame Street Old School: Volume 2 in 2007.  That DVD set’s bonus features included the never-aired test episode that the show’s producers made before production officially began, for the purpose of showing it to kids and getting their feedback.  Bob and Susan and Mr. Hooper were there, all played by the same actors as usual, but Gordon… Gordon was different.

We already knew Gordon had been played by more than one actor over the span of the show, but we thought we knew our Gordon History. Gordon #1, in the first three seasons, was Matt Robinson.  Gordon #2 was Hal Miller, who stuck around for just two seasons.  And Gordon #3 was Roscoe Orman — the man whose bald head has been a comforting presence to millions of preschoolers since season six in 1974.

But now, here was this unknown entity… Gordon #0.  The pre-Gordon.  The Proto-Gordon.  Who was that guy?  Why wasn’t he credited on the DVD?  How was it possible that none of the fans on Muppet Wiki knew who he was? 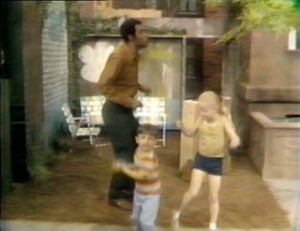 As time went on, the mystery only became more mysterious. In 2009, Michael Davis wrote Street Gang, the “complete history of Sesame Street,” a thorough, exhaustively researched, and very large book about the show.  When he spoke to us about his book, we asked him if he had come across any clues as to the Proto-Gordon’s true identity, but the answer was no.  Davis had interviewed scores of people involved with the show, he had combed the Children’s Television Workshop archives, but he hadn’t found anything about the Proto-Gordon.

In August 2009, I posted an article here on Tough Pigs called “The Secret Proto-Gordon THAT TIME FORGOT!”  As I pointed out in the article, if we had known who the guy was from the beginning, the whole thing would have been much less interesting to us. We would have just said, “Okay, so this actor John Smith was in the test pilot but didn’t get cast on the show. That’s interesting.”  But because he was unidentified, it became fascinating.

I concluded the article by asking any reader who might have a lead on the case of the Proto-Gordon to send me an e-mail so we could all finally rest easy.  I thought maybe somebody would know somebody who knew somebody who knew the guy.  In my craziest daydream, the man himself would e-mail me and say, “Hi there! I’m writing to let you know that I WAS THE PROTO-GORDON!” And then we would become friends and have letter D dance parties together.

I didn’t get any e-mails.

A few months later, Sesame Workshop released their official 40th anniversary coffee table book, A Celebration of 40 Years. Among its many beautiful, information-packed pages, it included a photo of the Proto-Gordon accompanied by a caption noting the fact that nobody knew who the heck the guy was.  “If you can identify him,” it said, “please contact Sesame Workshop!”

Now, I’m not gonna suggest that it was because of the Tough Pigs article that the Sesame Workshop people decided to include that plea for info in their book.  I know they worked on that book for years, and it may have been in the plan all along.  And yet… I’m also not gonna suggest that they didn’t get the idea because of the Tough Pigs article. Because the delusion is considerably more ego-boosting than the reality. 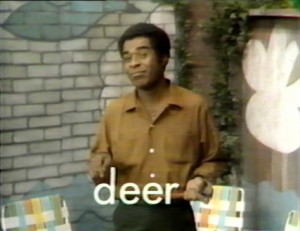 But Sesame Workshop didn’t get any e-mails either.  So fast forward two more years to November 2011, and it’s now Sesame Street‘s 42nd birthday.  They mark the occasion by making the biggest effort yet to identify Mr. Proto-Gordon, and they turn to the citizens of the internet for help. They made a web page called “The Case of the Missing Gordon,” which began, “Sesame Workshop has a problem, and we need your help: We lost Gordon.” They posted it on Facebook, on Twitter, on Tumblr, and even on Reddit, where well-meaning users started throwing out all kinds of wild suggestions… I’m pretty sure every African-American actor active in the 60s and 70s was mentioned.

Everyone loves Sesame Street and everyone loves a mystery, so it wasn’t long before the story was picked up by blogs, pop culture websites, and even TV news shows.  And that’s how they found the Proto-Gordon, who turned out to be Garrett Hobart Saunders, a New York-based actor.  Yesterday, just about a month after the original call for info, Sesame posted a Tumblr entry called “We Found Gordon!”  Here’s an excerpt:

Mr. Saunders’ nephew saw a story of our search and immediately contacted his cousins – Garrett Saunders’ two daughters.  Both women reached out to us later that day, providing us the photo above and the other information we needed.  With their help, we were able to verify that Mr. Saunders was, in fact, the first Gordon.

And that’s it!  The Proto-Gordon has a name!  The Muppet Wiki page for Gordon has been updated!  We all have a great trivia question to ask our casual Sesame Street fan friends and show how smart we are!  And we can all stop searching!

So… now I guess we need another mystery to solve.  Can we use social media to figure out who played Astoria on The Muppet Show? 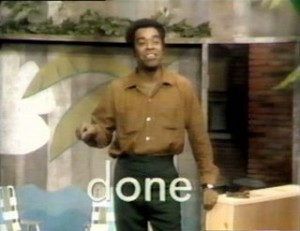 Click here to prime the pump up on the Tough Pigs forum!