You Got Your Muppets in My Wrestling!

As we reported earlier, the Muppets will be making a special appearance on WWE Raw on Monday, October 31.  This was a pretty surprising announcement.  Sure, the Muppets have been everywhere lately, but it makes perfect sense for them to be on morning shows and late-night talk shows to promote their movie… Those shows are all about guests talking to the hosts about their latest project, and they rarely feature their stars throwing chairs at each other (at least, not since that unpleasant incident with Kathie Lee Gifford and Hoda Kotb).  But a wrestling show?  Whose idea was it to book that gig for the Muppets?  And yet, as we shall see, the Muppet fans’ baffled response was not nearly as extreme as that of the wrasslin’ fans.

Here’s the video promo posted on YouTube by the WWE folks:

When this was posted on the WWE’s Facebook and Twitter accounts, several followers responded by simply suggesting possible matchups between Muppet characters and wrestlers.  I don’t follow the WWE myself, so I have to confess I don’t know who any of those people are, but I noticed one that seemed to come up over and over again: Tons of fans thought Beaker and a wrestler named Sheamus should meet in the ring because of their physical resemblance.  So I looked up Sheamus.  Check it out: 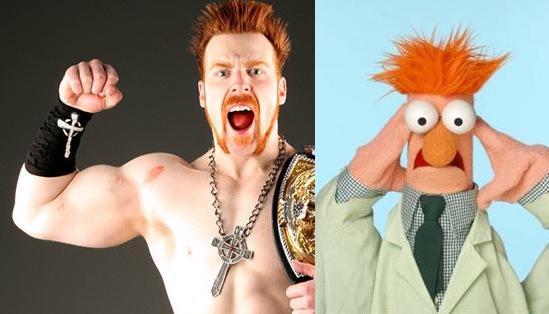 I can totally see it.  If Beaker grew that same facial hair, you wouldn’t be able to tell them apart.

Other WWE fans had stronger feelings about the whole thing, and because it’s the internet, they have barred no holds when it comes to expressing their opinions on Facebook and Twitter.  Here are a few of my favorite anti-Muppet comments:

Michael P: You’ve got to be kidding me. *facepalms*

James J: Fannon how about instead of cheap gimicks you put on a real show for once

Adam H: Let’s destroy all character development so that we can have WWE stars talk to hand puppets like they are real people.

Jack H: The Muppets are coming to RAW? Great. Just when this show couldn’t get any worse.

James H: WWE is getting STUPID…..

Jwyanza G: This is just stupid like i said next thing u know barney will host smackdown

Jason S: So kiddy, really! There puppet, their fakely made up,

Nhi V: Wtf. Why the muppets? They should be called the puppets!

Ula N: What s wwe turnin to, a Freak Show?

Vincent G: There goes whats left of the integrity of Raw.

clantsp: What is the world coming too?

_AJPerez: If the muppets win any match at @wwe we riot.

mikemansell: The Muppets being on #Raw is another reason why I’m boycotting @WWE next week.

DivaG91 Diana Green: What could be scarier that the muppets. lol @WWE #RAW

simmons14life: @WWE @WWEUniverse are you serious!The muppets on #Raw for Halloween!This crap destroys pro #wrestling as a legit sport! #Iwantwrestling

rockandwrestle: They are going to need to change the name from “Raw” to “slightly undercooked” 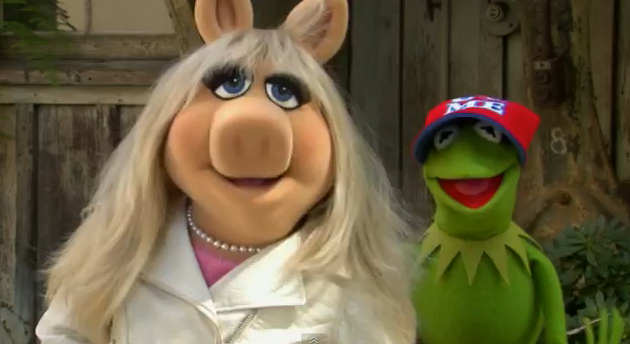 My instinct is to shake my head at these silly people for getting all worked up over the WWE losing its integrity.  I mean, how much integrity does professional wrestling really have?  I don’t want to ruin anything for anyone here, but I’m pretty sure not everything that happens in wrestling is authentic.

But when I think about it further, is this really that much different from us Muppet fans hearing rumors about the new movie and working ourselves into a frenzy wondering if Fozzie Bear will be sufficiently portrayed  in-character?  The WWE geeks are just as protective of the thing they’re passionate about as we are… It’s just that they have Dolph Ziggler and we have Link Hogthrob.

Lest I give you the impression that all the WWE fans hate Kermit’s fluffy guts, there were some positive comments too.  Take a look:

Pablo M: This is seriously the best idea wwe has had in years.

Jessie W: yall yung folks dont kno nun about dem muppets babies getting up on saturday mornings at 7:00 to watch the muppet babies. wuteva happened to the carttons like that now awww i miss those dayz

Robert H: If you don’t have Statner and Waldorf doing commentary for the entire broadcast I WILL NEVER WATCH WWE AGAIN

Marty B: i can’t believe all the haters out there, I suppose they’re just youngins who didn’t grow up with the epicness of the Muppet Show and the movies. Most any 30 something wrestling fan with kids would love sharing this stuff with a new generation. But haters gunna hate I guess…

Adam G: anybody who hates on the muppets didn’t have a childhood

Lee M: This can’t be any worse than Al Sharpton or Pee Wee Herman

PlaytymAtHazmat: Muppets and @WWE on Halloween night?! Throw in a Saved By The Bell and CHiPS reunion and it could very well be my favorite Monday ever!

BrianPickett: This will be the greatest event in TV history

HunterGolden: Honestly who hate the Muppets? Get a life.

Um… I think that last one was positive. 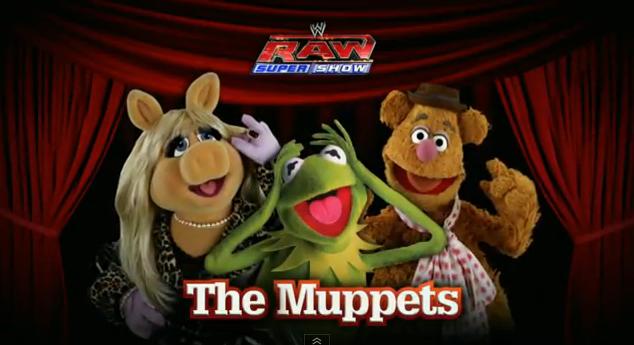 And finally, there were a handful of commenters who were merely confused about which Muppets would be involved:

Sam S: Seriously WWE ? Dont do it, unless you want your ratings to permenantly drop. its not worth it, to sacrifice your reputation, no matter how much Sesame Street is paying you.

Sonya_Beauchamp: I love The Count!! Cant wait till next week when The Muppets are on WWE!!

I respect Kristjan for trying to promote accurate Muppet knowledge, but what I really love about that comment is the phrase “I’m guessing you’ve been living under tons of rocks and soil your entire life”.  Kristjan’s not content to just say “You must be living under a rock” like everyone else, and I admire him greatly for it.

I hope the wrestling lovers give Monday’s Raw a chance, despite the presence of those wimpy ol’ Muppets.  And hey, maybe Disney knows exactly what they’re doing.   Maybe the demographic reports come in for the opening weekend of The Muppets, and the majority of the audience is exactly the same as the WWE’s.  That would be cool.

So, what do you think?  Is the Muppets on Raw a terrible idea, or a brilliant one?  Why not drop by the Tough Pigs forum and let your voice be heard (especially if you’re also a wrestling fan!)?

No, We Don’t Need a Muppet Great Gatsby