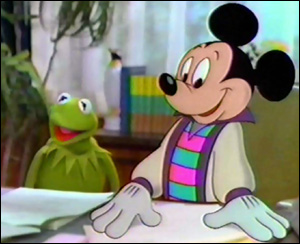 (The following article/rant was written by Tough Pigs’ own Scott Hanson. It originally appeared on the Tough Pigs forum in a slightly different form. Thanks, Scott!)

So, Disney has owned the Muppets for eight (that’s 8… EIGHT!) years now. And while it’s great that they just had the biggest success for the Muppets in a very long time, and they were really careful with their strategy on how to bring the franchise back (appearances, viral videos, etc), they seem to have been lacking in really digging into the treasure trove of material they bought. I don’t think I’m being too much of a nitpicky fan when I say, What the fuck, Disney?

When the sale went down, I was sure that they’d have The Muppets at Walt Disney World out on DVD sooner than you could say “Monorail.” It seems so obvious. At the very least, sell it in the parks as an exclusive.  But we’re coming up on a decade under Mickey’s reign, and there’s not much in sight. The recent announcement of the Blu-ray release of The Muppet Movie is a step in the right direction, but the fact that it’s taken them this long to do a new release of the best-known classic-era movie doesn’t bode well. Meanwhile, there’s no Muppets Go to the Movies, no Netflix collection of the Disney-produced Muppets Tonight… just reissues of Christmas Carol and Treasure Island (although, we did finally get widescreen, I’ll give them that). 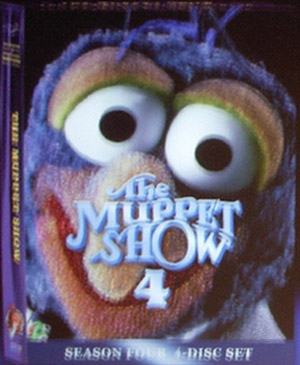 To their credit, once the Muppets were under their roof, they did get The Muppet Show season one out to us right off the bat. It took them two years, but they finally gave us the second season, and this time they cared enough to secure all the song rights for an uncut release. We only waited another year for the next season… and we’ve been waiting ever since for them to finish the run on the Muppets’ most iconic presence in pop culture.

Having The Muppet Show on DVD is such a no-brainer, it kills me that not only have they not said a word since announcing season four (and showing some box art) at a convention three years ago, but none of the die-hard fans with secret squirrels can even find out what’s going on. I mean, dude. It’s The Fucking Muppet Show.

I’m not a multi-billion-dollar corporation, so I don’t know the best way to market a product. I’m sure there’s a case to be made for saturating the market with a franchise, but to have so very little come out of the Mouse house is a little baffling.  But other than The Muppet Show‘s first three seasons, and DVD releases for the three productions that came out under their watch (not counting the Studio DC DVDs in Region 2), they haven’t bothered to put anything else together. 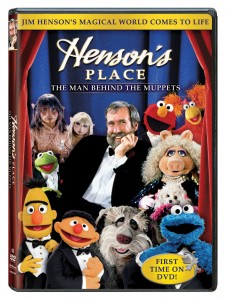 Meanwhile, the Jim Henson Company, a company that’s become something of a joke to anyone who’s been paying attention to their endless stream of announced projects that never see the light of day, has released the likes of Henson’s Place and Sesame Street: 20 Years and Still Counting on DVD. Vintage Muppet stuff!

Now, Disney actually did release some copies of The Muppets on home video with a sampler of Muppet Show episodes. So that pretty much demolishes the “Disney-doesn’t-want-people-to-know-about-old-Muppet-stuff” theory. What I think I realized (and I’m almost embarrassed to admit it took me this long), is that Disney is keeping The Muppet Show seasons 4 and 5 (and other vintage Muppet stuff) from being released, because the Muppets as a franchise is doing just fine making money on its own right now, thankyouverymuch.

The Muppet Show seasons 1-3 came out at a time when the property was still new with Disney, and they had no idea what to do with it. It was Eisner’s goal for many years to acquire the Muppets, and then he left the company after he finally made the deal. That left everyone else sitting around with a box full of Muppets not knowing what to do with them. So rather than chalk up the purchase as a waste, they saved face by tossing the first season of the show they’re most known for out on DVD (with little care in securing rights for an uncut set). That must have sold decently, allowing for some more time and money to spend on all the rights for seasons 2 and 3. 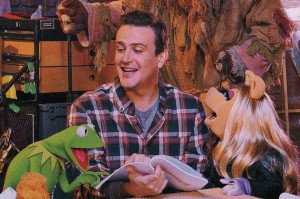 Season three came out the same year as Forgetting Sarah Marshall. The year Jason Segel hit a peak, and used his sway to seduce Disney with his love of puppets. With talks of a movie possibly happening, Disney appears to have halted plans for season 4 (despite announcing it at D23) and much of anything else (including the announced Halloween and election TV specials).

Fast forward to the past year, and the Muppets are the biggest they’ve been under Disney’s watch, making plenty of money at the movies, in home video sales, and merchandising tie-ins. Why would they release The Muppet Show, the very thing the Muppets are most known for, the most valuable card in their Muppet deck, at a time when they don’t need to play that hand? Save The Muppet Show for a time when no one cares about the Muppets anymore, and they’re not making them as much money.

I’ll be happy to eat 27 hats if season 4 is announced tomorrow (I’ll post video), but this is the theory I’m going on for now. If I’m right, and I hope I’m not, it may be a while until we see any of this stuff. Unless their strategy involves a very slow release schedule for some of it, but I don’t even see that happening.

Click here to stare sadly at the empty space next to season three on your DVD shelf, on the Tough Pigs forum!