Best News Ever: The Muppet Movie Coming to Blu-Ray 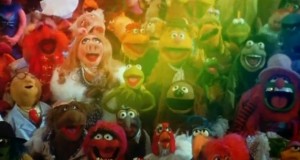 When The Muppets came out in theaters last year, we were left wondering why we weren’t seeing more Muppet movies on the DVD shelf.  It was the perfect opportunity to re-release the classic films (not to mention seasons 4 and 5 of The Muppet Show, but that’s for another article).  Now it’s starting to look like Disney has plans to get all of the Muppet films updated to Blu-Ray before the new film comes out, and they’re continuing that trend with the release of The Muppet Movie!

They’re claiming it’s a “Nearly 35th Anniversary” release, which makes me happy that they’re not bothering to make us wait until the actual 35th anniversary.

Check out the trailer here, which gives a fuzzy release date of “2013”, which we’ll give an update on once we hear more.

Click here to thank the lovers, the dreamers, and Buena Vista Home Video on the ToughPigs forum!