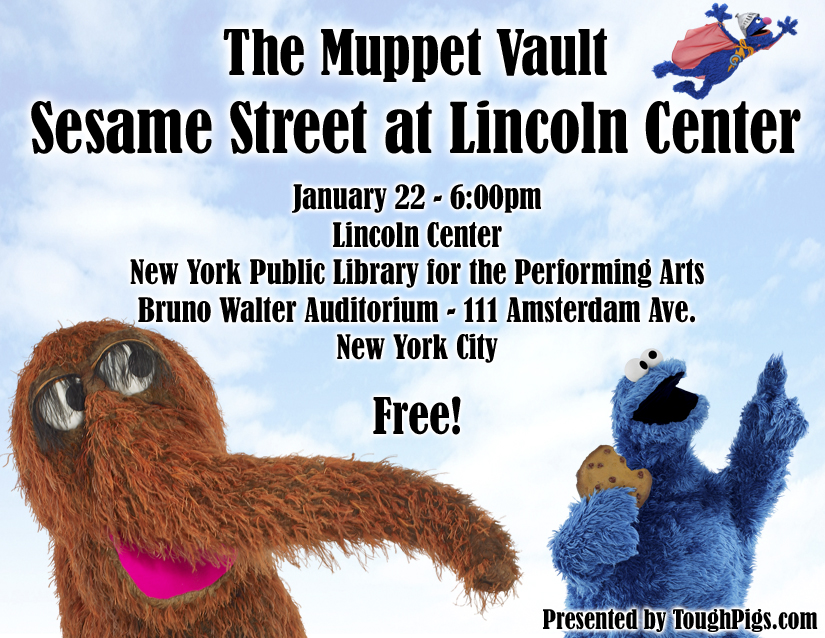 It seems that Muppet fandom is now officially “cultural”.  Following in the footsteps of the New York City Ballet, the New York Philharmonic Orchestra, and the Metropolitan Opera, The Muppet Vault is coming to Lincoln Center!

Join us on Thursday, January 22nd at 6:00pm in New York City for a very speical Muppet Vault: Sesame Street at Lincoln Center! In honor of the fantastic Sesame Street exhibit at the famous theater, we’ll be bringing our patented collection of specially curated Muppet clips to the center (patent pending).  This month, we’ll be focusing on the best of Sesame Street, including clips featuring the characters on display in the museum exhibit (including Bert and Ernie, Mr. Snuffleupagus, Big Bird, and the Honkers), sketches that spotlight New York City itself, and the many opera singers, dancers, and artists that bring a level of culture to the greatest Street in the world!

And the best part is: The show is free!

The show will be held at Lincoln Center, specifically at the Bruno Walter Auditorium at the New York Public Library for the Performing Arts at 111 Amsterdam Avenue (between W. 63rd and W. 64th Streets) in Manhattan.  The theater is within walking distance from the 1,2,A,B,C, and D trains.  Convenient and cultural!

Unlike our regular Muppet Vault shows, this performance will be all-ages, so feel free to bring your kids, your grandparents, your ballet-dancing monsters, and your favorite mezzo sopranos!

We strongly recommend reserving your tickets in advance.  Click here to reserve your free tickets, and plan on arriving early.  If for some reason they’re sold out, don’t panic.  Reserved tickets that are not claimed by 15 minutes before the show will be released and open to the first attendees.

Want to be among the first to know about future Muppet Vaults? Join our Muppet Vault Mailing List below, and get a monthly notice containing the date, location, and theme for the next Vault! We promise to keep your email addresses to ourselves, and you won’t get more than one or two emails from us per month. 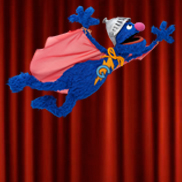 Click here to bring a little class on the ToughPigs forum!

Muppet Vault: The Best of The Muppet Show!