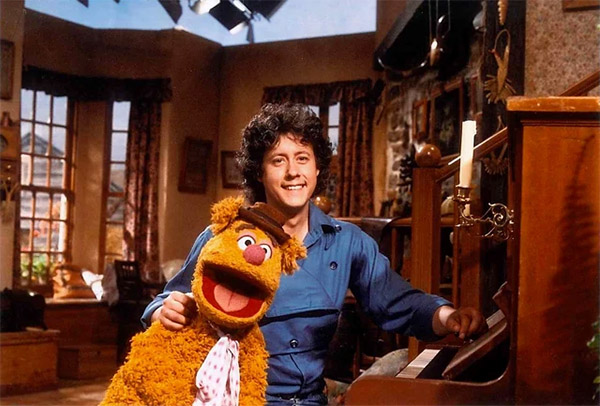 If no one says the name of a holiday, does that holiday still exist?

That was on my mind throughout the Arlo Guthrie episode of The Muppet Show, which is unquestionably a Thanksgiving episode. No one ever says the word “Thanksgiving” out loud, because the series was made in England and a hit in the UK and largely designed with British audiences in mind.

So it’s not officially a Thanksgiving episode, but on the other hand, it definitely is. Here is the evidence:

1) In the intro to the opening number, Kermit says “we’re just gonna lay back, relax, and spend a quiet family evening” and goes on to say that everyone is “gathered around the family homestead here.” This isn’t just any Muppet get-together. It’s specifically a *family* one, our first hint that the Muppets are about to celebrate Thanksgiving, that most family-centric of holidays. 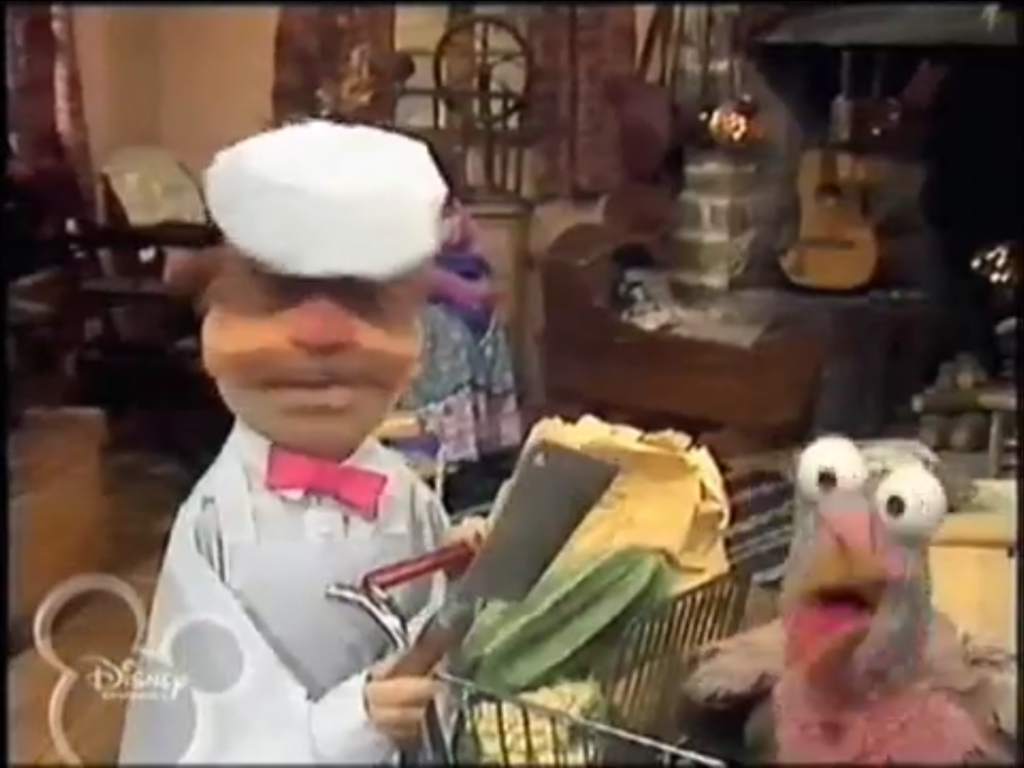 2) When the Swedish Chef goes to buy groceries, his haul includes a live turkey. Turkey is, of course, the signature dish of American Thanksgiving. In his regular segment, the Swedish Chef attempts to prepare “de roost toorkey.” The turkey hits him with a roasting skewer and runs away, but his first choice for this family gathering dinner was still a turkey.

3) Much to Chef’s horror, Kermit says he was planning to have the meal catered because he thought the Chef would like a day off. This implies that it’s a holiday!

4) With turkey off the table, the Swedish Chef tries to make roast pig, roast beef, and roast vegetables. A pig hits him in the face, a herd of cows tramples him, and vegetables throw themselves at him. Making too much food is a beloved Thanksgiving tradition. 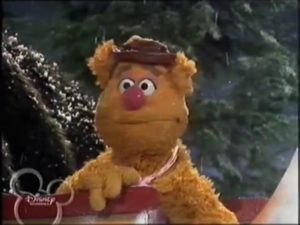 5) Fozzie attempts to read Robert Frost’s “Stopping by Woods on a Snowy Evening.” Such poetry readings were a staple of early-20th-century Thanksgiving celebrations.

7) An even bigger giveaway comes at the very end of that statement from Kermit: “And we say thank you to our very special guest Mr. Arlo Guthrie.” Now, Kermit always thanks the guest star, but it feels like a pointed decision to put “we say thank you” at the end of this long statement about traditional feasts and gathering around the table.

8) Before removing the cloche to reveal that Chef only made vitamin pills for the meal, Arlo Guthrie asks “Kermit, can we carve the turkey now?” He doesn’t know what they’re having, but he assumes that it must be turkey. People only make that assumption on one day of the year! 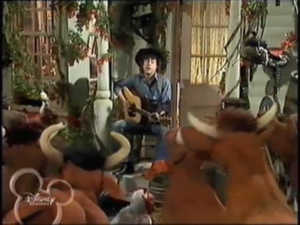 In addition to these concrete facts, the whole episode has an old-fashioned country feel. The meal is in a big country house. We get a song from the Jugband and two songs with cows in them. None of these things are explicitly about Thanksgiving, but Thanksgiving has always been the most countryfied of the major holidays. All of these scenes add to the feeling that we’re back at Grandma’s farm celebrating as a family. 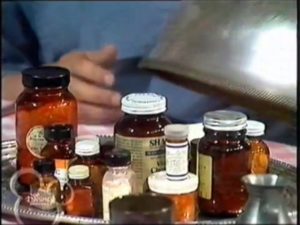 Best Joke: It’s that bit where all of the foods attack the Swedish Chef.

Lamest Joke: Scooter’s announces “Arthur Godfrey” instead of “Arlo Guthrie” at the top of the show. They kind of sound the same, I guess?

MVM (Most Valuable Muppet): This one belongs to the Swedish Chef.

Most Classic Moment: Gonzo’s flamenco dance overruns Fozzie’s poetry reading, and it’s everything The Muppet Show should be.

Musical Highlight: The closing number “Sailing Down My Golden River” is gorgeous, and it’s been in my head all day.

Most Dated Joke: The opening number “Grocery Blues” has a line about how Guthrie doesn’t mind “Women’s lib” but “If a woman don’t want to go down to the store/The family ain’t gonna eat no more.” In these more enlightened times, we know that men are also able to shop for groceries.

First Appearance Of…: Winny, the new cafeteria manager performed by Richard Hunt. A beautiful puppet that never got a chance to shine.

Missed Opportunity: The band are caricatures of Arlo Guthrie’s actual band Shenandoah, which means we get this cool-looking Muppet based on his drummer Terry a la Berry, complete with Jerry Nelson doing a deep, scratchy voice. I wish they’d used that character again. 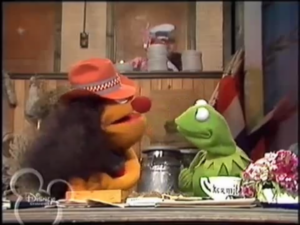 Adultiest Content: The Swedish Chef graphically shows us how he plans to skewer the turkey.

One More Thing… Robin gets to sit next to Arlo during the closing number, in yet another example of the episode’s family atmosphere.

Okay, One More Thing… Three years ago, I wrote about the Bruce Forsyth episode of The Muppet Show as a Christmas episode. I was only joking, but here I am doing a serious version of the same bit! 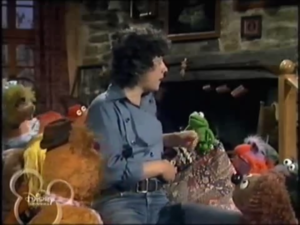 Click here to watch this episode every November on the Tough Pigs forum!