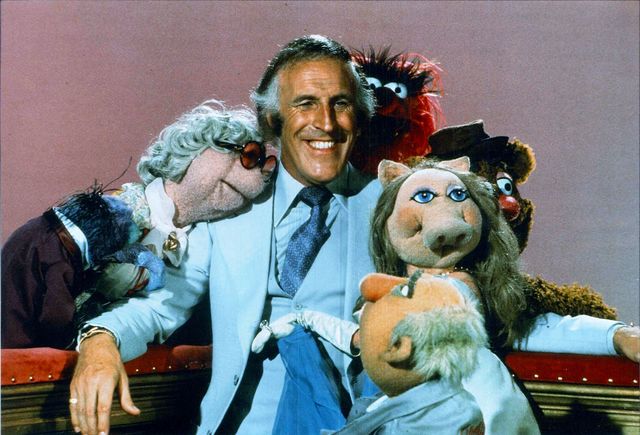 Looking back from 2016, it seems like the Muppets have been starring in Christmas specials since the birth of Christ. But back in 1976, they had only ever starred in one Christmas special, the already-obscure (but excellent!) Great Santa Claus Switch. But 1976 was a new world. The Muppets had their own TV show, so it’s understandable that they wanted to make a Christmas special as quickly as possible.

Since this episode was the first one to air in December, it had the honor of being The Muppet Show’s first and only Christmas episode. To help get the audience in the holiday spirit, they enlisted Bruce Forsyth as the guest star. Brucie (as he’s affectionately called) isn’t well-known outside of his native UK, but he’s the consummate British TV host, with a career spanning decades (all the way up to the 2010s!). By featuring him on the show, they’re effectively asking the audience to gather around the TV for some silly, heartwarming holiday programming.

But the Muppet Show’s writing staff was smart enough to realize that a Christmas episode can only air in December, so they made this one a stealth holiday. Rather than coming right out and putting Christmas on the tin, they simply infused the entire episode with Christmas spirit.

Kermit starts things out by announcing “If I sound a little British tonight . . .” in reference to Brucie’s presence as guest star. Of course, the show was always shot in England, so he’s not simply talking about sounding British. He could do that anytime. He’s making a sly reference to the dominance of British imagery in our Christmas tradition – the many popular songs and stories that originated in Victorian England.

This sets a tone for the entire episode. Throughout the episode, Christmas Trees are a recurring motif. The opening number featurings the Snerfs, who have bright green paws and hair, plus the general shape of a fir tree. They aren’t a species of dancing, honking Christmas trees, but they sure aren’t far off. 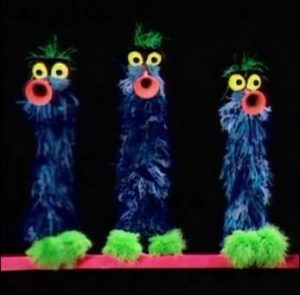 Later, Wayne and Wanda sing the poem “Trees” by Joyce Kilmer, and an evergreen tree falls on them. While the opening number only suggested a Christmas tree, here the show gives us an actual one. 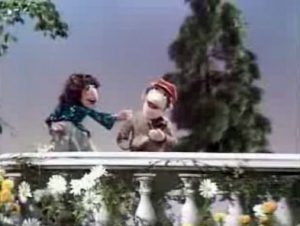 Even “At the Dance” gets into the holiday spirit, as a monster asks his date if he can “light up.” The joke, of course, is that he doesn’t mean he’s going to smoke – he’s covered in Christmas lights! 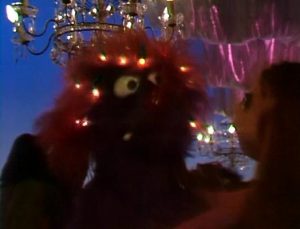 Fozzie carries the bulk of the show’s Christmas spirit. Like many of us around the holidays, he’s feeling down and wants to cheer himself up. To do this, he decides to beat Statler and Waldorf at their own game – return their insults using his “razor-sharp” wit. In a regular episode, Fozzie would never be able to succeed at this. As we see here, his first several attempts end in complete failure. Fozzie just doesn’t know how to deal with the hecklers. 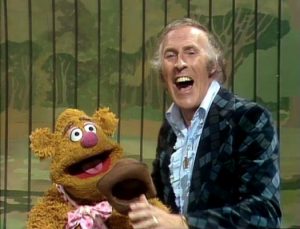 But fortunately for him, this episode has a guest star who does! Bruce Forsyth gives him the amazing Christmas present of insulting Statler and Waldorf a bunch of times. Fozzie gets exactly what he wanted for Christmas, and he ends the episode happy than we’ve ever seen him up to this time. Merry Christmas, Fozzie!

For the closing number, Brucie joins Miss Piggy for a duet of “Let There Be Love,” a celebration of the love all mankind feels for each other during the holidays. It’s also a great Christmas present to Miss Piggy – this is her first duet with a guest star, something she had always dreamed of. Merry Christmas, Piggy! 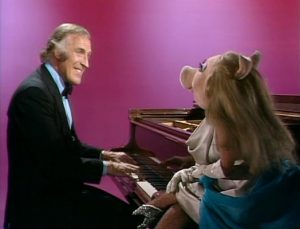 In the years after this episode, the Muppets would go on to make thousands of Christmas specials that actually mention the holiday. But it’s certainly interesting to go back and see this early attempt – one that can be enjoyed in any season. 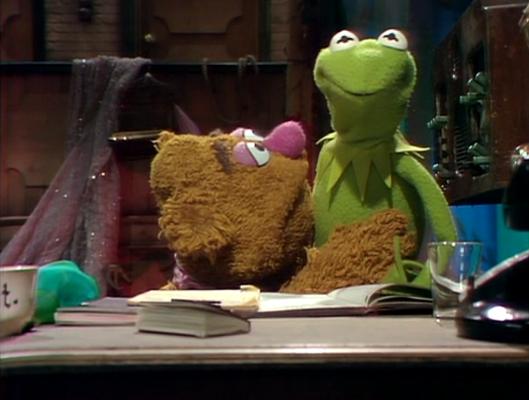 Best Joke: Fozzie’s string of terrible jokes after gaining his confidence at the end of Bruce Forsyth’s monologue, like “You call that an audience? It looks more like an oil painting!”

Lamest Joke: Bruce Forsyth’s equally-terrible monologue, which is supposed to be better than Fozzie’s set but isn’t. At all.

MVM (Most Valuable Muppet): It would be a betrayal of our fearless leader Danny Horn if I gave it to anyone other than the Duck. 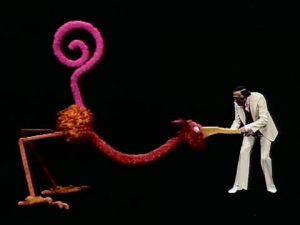 Should-Be-Classic Moment: I mentioned “Let There Be Love” earlier, which is genuinely one of my wife’s favorite numbers from The Muppet Show. She’s especially fond of the moment when Bruce Forsyth says he “doesn’t want that big [bird] back,” a rare-for-season-one callback to an earlier part of the episode.

Most Dated Joke: In his monologue, Bruce Forsyth discusses a bunch of then-current hit shows from both sides of the Atlantic, including Starsky & Hutch, Kojak, Upstairs Downstairs, and The Forsyte Saga. 1976 was so long ago that all four of those have been remade.

Musical Highlight: For the UK spot, the jugband celebrates family togetherness during the holidays, which a rousing rendition of “I’m My Own Grandpa.”

One More Thing…: In a neat bit of unintentional foreshadowing, Bruce Forsyth mentions Bob Hope and Milton Berle, two legendary comics who would go on to appear on the second season of The Muppet Show.

Okay, One More Thing…: Trivia for Doctor Who fans out there, Bruce Forsyth is one of the few Muppet Show guest stars to meet the Doctor, in a sketch from the 2011 British National Television Awards. 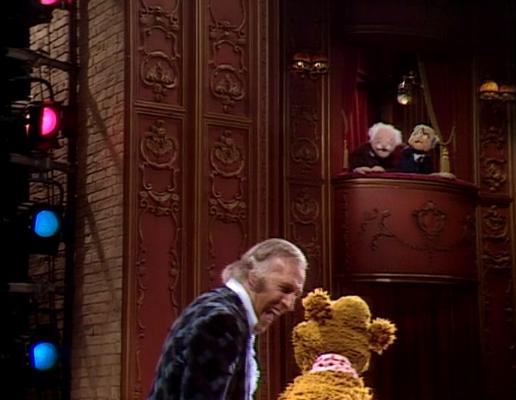 Click here to bowl with Telly Savalas’s head on the Tough Pigs Forum.