“It looks like he’s allergic to his own face.”
– Rachel Parton

“Fozzie, you got more thighs than a bucket of chicken. Get on a treadmill, girlfriend!”
– John Hamilton

“I guess they achieved their goal. That’s scary, all right.”
– Grant Harding

“He’s dressed like a witch, not a vampire, but he has Dracula teeth. Plus his jacket is five times too small. Then, on top of that, he just looks retarded.”
– Jeremy Wilcox

The Ugliest Toy of the Year! 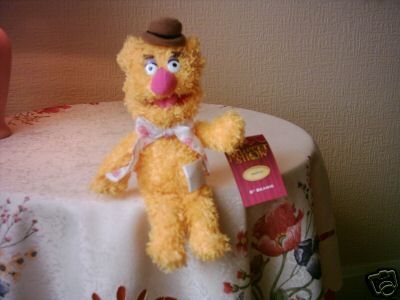 “I think he would be a loyal protector of the other Ugly Fozzies.”
– John Hamilton

“All the ugliness of a regular Fozzie doll in a convenient pocket size!”
– Mike Horner

“Comedy and tragedy in a single body.”
– Justin Werfel

“I see the problem… Somebody set this thing to Evil.”
– Kynan Barker

“The doll that comes with his own telethon.”
– Jay Fosgitt

So, that wraps it up for 2005! Now, this Sababa mini-Fozzie mess can take its place in the Ugly Toy hall of shame, along with the bug-eyed mini-Kermit, the Knickerbocker Big Bird fireman, and the Starbucks Gonzo. Who’ll take home the prize next year? I shudder to think.

Thanks to everybody who voted! Without you, I wouldn’t be hosting a Pageant at all, I’d just be sitting here… alone… with all these toys looking at me. And some of them look hungry. Same time next year 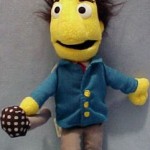 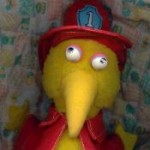 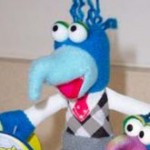 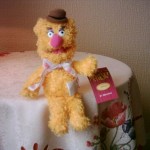