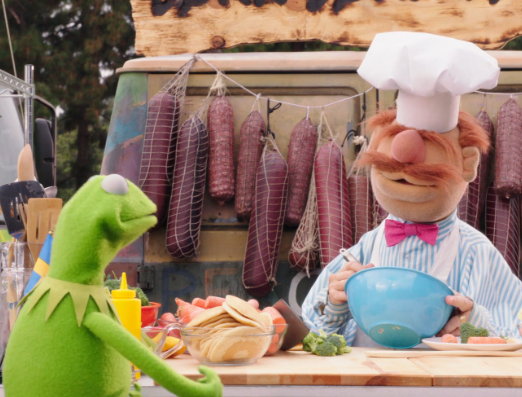 Yesterday we reported on the existence of something called “Muppisodes,” but we had no idea what that meant. Well, today we have some idea what that meant, because BuzzFeed has posted a brand-new one. It’s a three-minute video, in which the Swedish Chef takes on noted angry TV chef Gordon Ramsay at a food truck fair. Co-starring a plethora of other Muppets, including Beaker, Sweetums… and hey, is that Pops?!

Check it out right here:

So, any guesses as to who might show up in the next Muppisode?

UPDATE: It turns out that there’s an EXTENDED version of the video! Watch it here, along with a few wrestling cameos, Pops’ garbled Swedish, and most importantly, more Sweetums.

Click here to cook up some Méétéé Bøøls on the Tough Pigs forum!