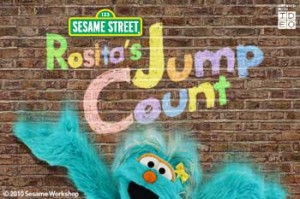 Rosita’s Jump Count is the newest Sesame Street app available for iPhone and iPod Touch. It was made by IDEO ToyLab, the same folks who made Elmo’s Monster Maker and Grover’s Number Special. Currently selling for $1.99 on the app store, this one’s the cheapest deal yet.

I downloaded this app, and then I played with it for about five minutes, and then I felt like I had pretty much gotten the entire Rosita’s Jump Count experience. Which meant I was left the question of how to review the thing. I realized that one important purpose of a review is to give the reader a sense of whether or not the product in question is worth checking out, so with that in mind, I hereby present the following flowchart, which should be immensely helpful in allowing you to make an informed decision. (You can click to make it bigger.) 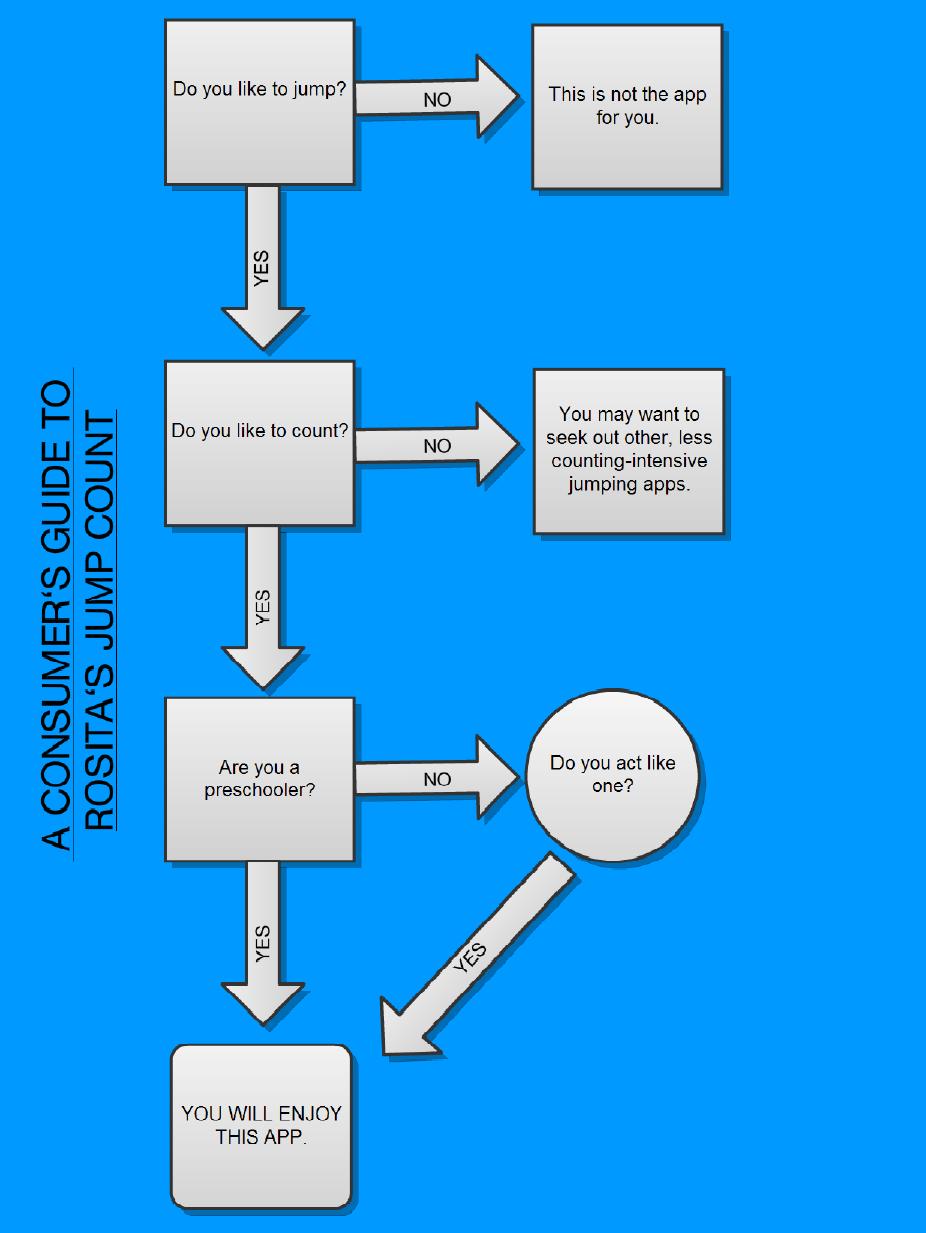 So there you go. In Rosita’s Jump Count, Rosita invites you to jump rope with her, and then you jump, and then Rosita counts your jumps in English or Spanish. That’s it! I’m sure it’ll be lots of fun for kids standing in long lines with their parents at the post office… I certainly had fun hopping frantically and barking out numbers en Espa?É¬±ol while waiting at the bus stop.

It’s a very simple concept, but having the game actually detect when you’re jumping is a good use of the iPod/iPhone technology. Also, it’s nice to see Rosita get a starring role in a Sesame thing. Heck, she even got her own app before Abby, so that’s cool. Plus, if you’ve ever wondered what Rosita’s feet look like, this game will answer your question.

And now I’m out of things to say about it. Say, when is that Bert app coming out, anyway?