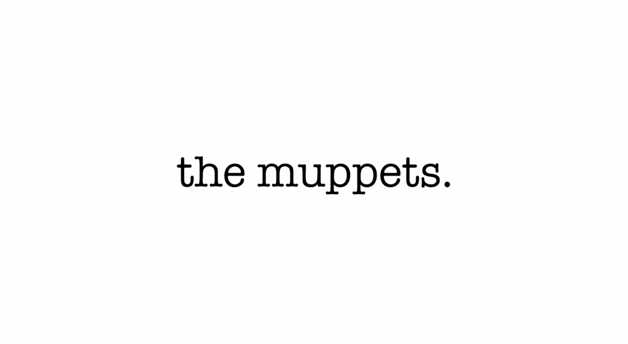 As of a few days ago, if you weren’t an ABC employee, in a test audience, at San Diego Comic Con, or in the path of a mobile theater, you probably felt like you had no chance of seeing the incredibly well-received pilot presentation for the new Muppet series.  Sure, there was a little hope that it would pop up as a bonus feature on a DVD set, but the show’s producers flat-out said that there would be no way for the public to ever catch a glimpse at the featurette.  Not ever.  Don’t even ask, because there is literally a 0% chance you will ever be allowed a glimpse of this video.

Anticipating potential riots, Disney executives made the wise decision to put the video online for all to see.  If you haven’t watched it yet, or if you’re already ready for a second (or third or fourth?) viewing, we have conveniently included it below.  You are welcome.

Isn’t that just great?  No matter what your opinion of it is, that right there is a free mini-episode of a Muppet TV show.  The fact that it even exists is extraordinary.  The fact that it’s actually good is just unthinkable.

It’s been a really long time since the last time the Muppets had their own TV show, so it’s hard to remember what it felt like when we got to see Muppets Tonight for the first time.  Looking back, the show was pretty hit-or-miss, but I imagine our excitement at a New Muppet Thing clouded any actual honest criticism we might’ve had.  But this isn’t Muppets Tonight, because we’re living in an age of two new Muppet films and a bunch of great YouTube videos and TV appearances.  We’re in a place where we can actually tell if something the Muppets do is quality or if we’re just glad to see the wiggling dollies on our screens again.

So because we’re bloggers/critics/complainers/appreciators, we’re going to take a look at the good and not-so-good of this thing we just watched.  Because I have opinions!  And a Muppet fan site to share them! 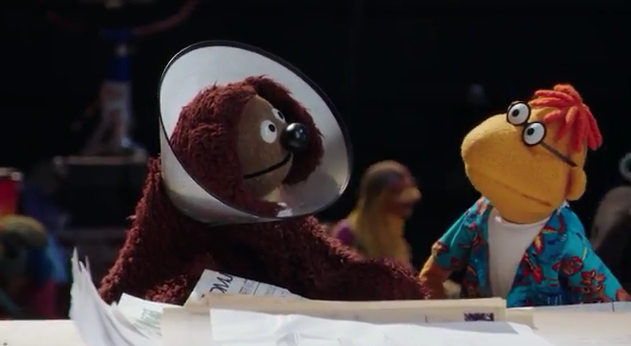 It’s so funny, you guys.  Like, laugh-out-loud funny.  Like, “OMG ROWFL LOLZ” funny.  There’s that guy who can’t remember if he was in Muppet Treasure Island!  Piggy can’t remember anyone’s names!  Rowlf keeps biting his stitches!  It’s so satisfying to see the Muppets be funny, as opposed to rehashing more “frogs eat flies” and “Piggy gets angry” jokes. 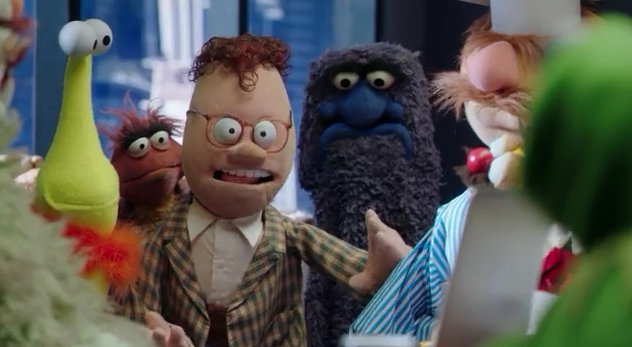 Almost everyone is there!  The Electric Mayhem, Sweetums, Walter, Robin, the Thingy-Thing, and more!  We’ll probably continue to miss some of the ones who haven’t been rebuilt like Fozzie’s mom or George the Janitor, but that’s okay.  I expect we’ll be surprised more than a few times at the faces they dig out of the archives.  It’ll be great just to see the multitude of bizarre cameos roaming through the backgrounds and hallways. 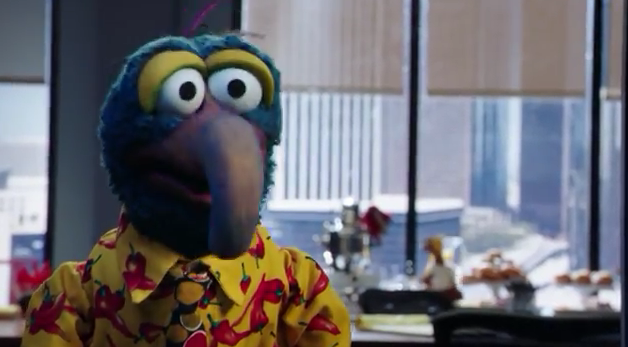 I love Gonzo, but it seems like he’s been taking more and more of a backseat role in recent years.  So how great is it to see him as Kermit’s right-hand man, following the bulk of the action, and delivering some of the best lines??  His cutaway about the hackneyed documentary device, performing “Love Letters” at the Fisher Theater in Detroit, and pretty much calling everyone out on their gimmickyness.  Welcome back, Gonzo.  We missed you. 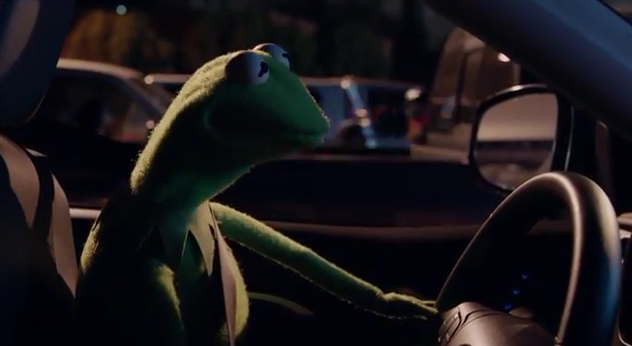 Wow, was that quick!  I’m dubious that the show will be able to keep up the breakneck pace of the pilot, but if they can, then they’ll be able to take more risks with potentially bad or hokey or tasteless jokes.  If they don’t land, they’ll already be onto the next one before your brain can register it.  Then you’ll have to wait until the show is over to complain on the internet like the rest of us. 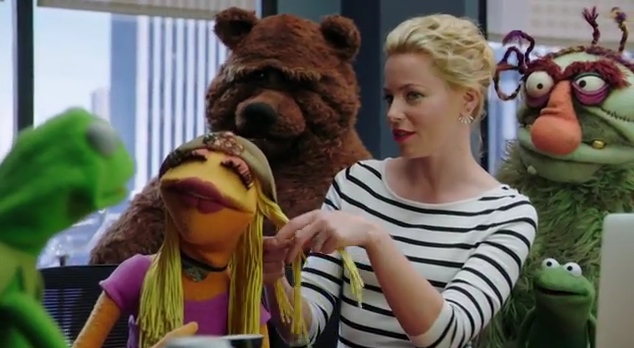 Elizabeth Banks and Topher Grace did a bang-up job here.  And if their appearances are any indication of how celebrities will be used on the show, it could be a refreshing change of pace for the Muppets.  Rather than devote an entire half-hour to a bad-acting musician or a washed out comedian, we can keep the focus on the Muppets and let the humans bring the funny and then get out. 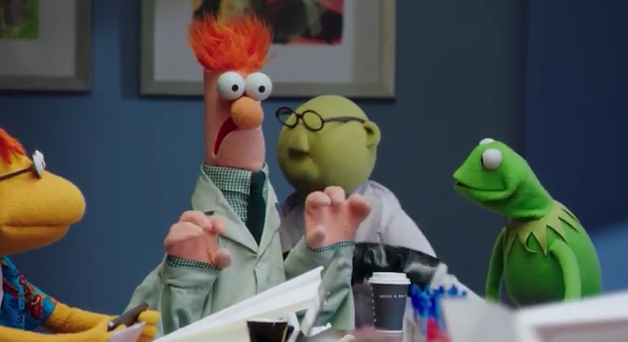 Even the dullest human beings will enjoy the Muppets.  Didn’t get the reference to Kermit on the 405?  Don’t worry, you’ll laugh at Beaker getting tasered.  Unsure why Miss Piggy is ranting about Trader Joe’s? Just wait, you’ll see her faceplant into a plate glass window.  There’s something for everybody! 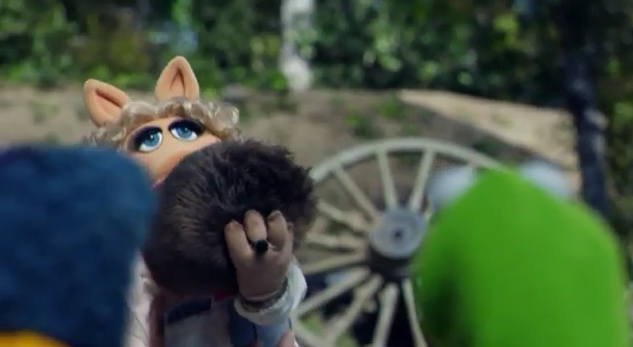 “Animal do nudity if tasteful.”  “We’re screwed, Gary.”  The band is happy, “legally now.”  “Bacon-wrapped hell on earth.”  Yep, there’s your adult humor.  It’s not nearly as “edgy” as some people feared, and most of it is pretty subtle.  Kermit always seemed like the kind of guy who would spend his days teaching kids about the letter W, and then go home and break out a couple swear words to unwind.  Now we’re just getting to see that latter half. 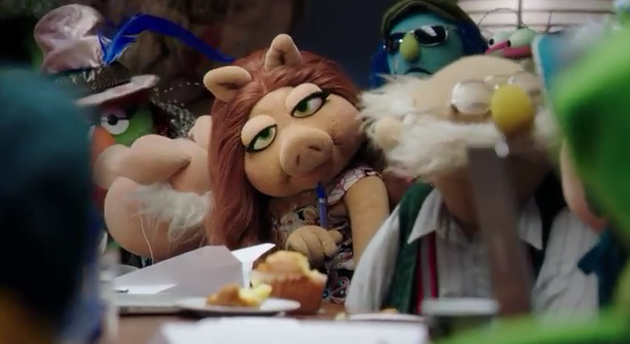 Miss Piggy is Miss Piggy.  She’s angry and jealous and selfish, and there’s no changing that.  But there doesn’t seem to be much room for new positive female characters.  The new characters include girlfriends (one is an accessory for Fozzie Bear, and the other, Denise, is mostly silent and depicted as a sexier version of Piggy) and a mother-in-law.  Even Janice, who could’ve been a shoo-in to add a little gender diversity to the cast, doesn’t get much to do other than let Elizabeth Banks play with her hair.  I feel like we’re not asking for much for the Muppets to add a few girls to their boys club.  Hopefully the series will fix that issue, although I’m not optimistic. 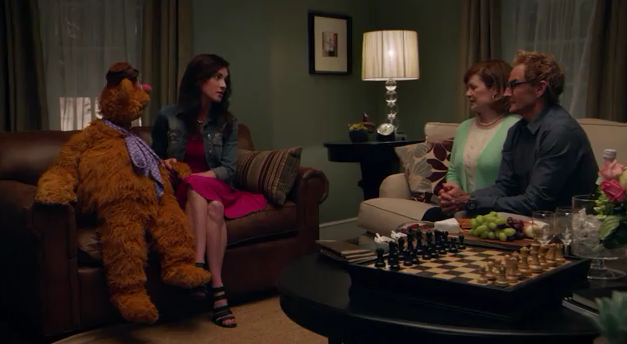 Don’t get me wrong, I’m all for getting new stories about the Muppet characters.  But too much locked-in continuity might not be right for them.  Do we really need to know what Animal’s house looks like to appreciate the fact that he’s an id-driven man-beast with a penchant for percussion?  Will the next Muppet movie/special/series/comic/whatever have to correlate with the continuity they’re creating with the TV series?  I prefer my Muppets to be fluid, fitting the situation (or sketch or song or movie-within-a-movie), rather than risk humanizing them too much. 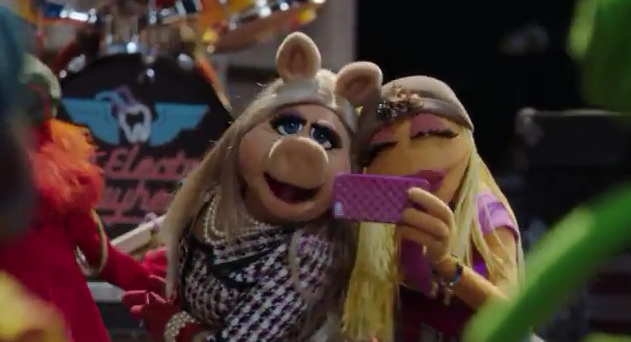 References to things like CrossFit, Uber, Trader Joe’s, TMZ, and selfies seem cool and funny, but I’m hoping that a new Muppet series will be able to stand on its own as a piece of television history in the future.  If that happens, cultural and topical references will eventually be lost to viewers.  Here’s hoping the show will minimize those to keep the Muppets as timeless as possible. 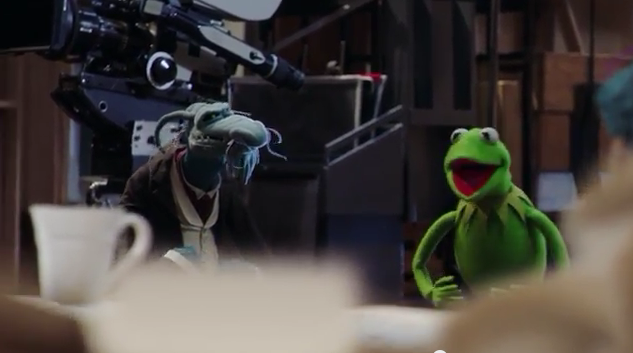 Yet Another TV Show

The variety show format is extinct, so what if the Muppets make a TV show instead?  Boy, that sounds familiar.  Maybe because that’s how they decided to update them for Muppets Tonight.  Oh, but it doesn’t stop there.  The Jim Henson Hour put the Muppets in charge of a TV network too.  Even The Fantastic Miss Piggy Show gave Kermit a headset and an editing suite.  It’s a format that hasn’t worked very well in the past, so why do we keep trying it? 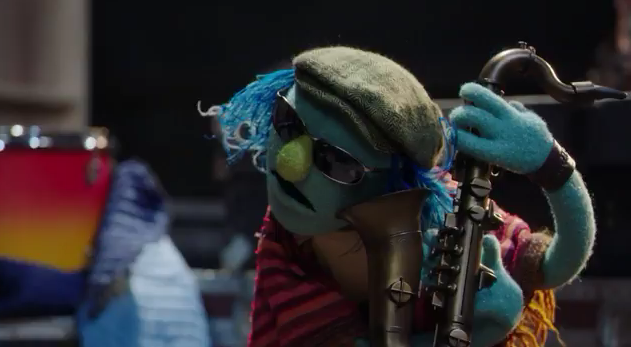 I know, I know.  We can’t expect The Muppet Show 2.  The Muppets shouldn’t make a new variety show, and they definitely shouldn’t rehash the past to that extent.  But some of the elements from the old show, like the use of celebrities, recurring sketches, and musical numbers, won’t fit into their new format.  Maybe we’ll see some of that stuff on YouTube, but keeping it out of the TV series might make it too sitcommy in the end.

As you can see, the good far outweighs the not-so-good.  I can’t even bring myself to say “bad”, because I genuinely loved this entire thing.  And it did its job well – We are sufficiently teased, and we can’t wait for September 22nd to see the first episode on our TV screens! 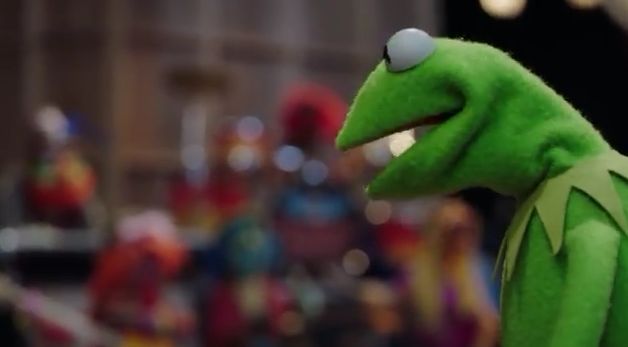 Click here to make out with That ’70s Guy on the ToughPigs forum!