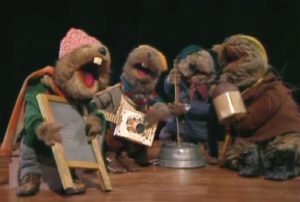 The yuletide season is upon us, and that can only mean one thing for Muppet fans: curling up in our fuzzy blankets, sprawling out on our couches and basking in the nostalgia that are Henson/Muppet Christmas projects of yore. Luckily for us, nothing says Christmas more than Jim Henson’s 1977 HBO special, Emmet Otter’s Jugband Christmas! 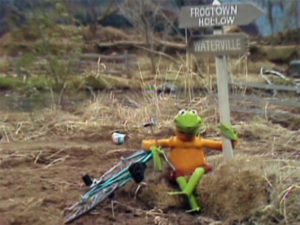 Written by the best of the Muppet writers, Jerry Juhl and hosted/narrated by Tea Lizard: The King Of All Muppets, Emmet Otter’s Jugband Christmas features everything that I want from a Christmas special: Otters, Jugbands, Emmets, and Christmases.

But most importantly, this special has a handful of gorgeous songs written by our guy Paul Williams. This is Williams’ second time working with the Muppets: he guest-starred on The Muppet Show in 1976 and would go on to co-write the iconic songs for The Muppet Movie (or as it’s known in my home and native land Canada: Log Sittin’ With Tea Lizard!).

But, getting back to Christmas Jugband stuff: the songs in this special are truly legendary and every single last one is a Christmas classic! Below is the definitive ranking of each song, and don’t worry loyal readers! I rated each one on how Christmassy they are! So put the traditional Christmas-food-on-the-floor where it clearly belongs and spin around chanting “Santa Claus” seven and a half times: it’s time to READ A LISTICLE ABOUT EMMET OTTER CHRISTMAS SONGZ!!!!!

Ain’t No Hole In The Washtub:

This jaunty little tune is about being happy with what you got, humility and temperance, all delivered with a driving country-folk beat. However, “Ain’t No Hole” is not Christmassy because, to my deep understanding of the holiday, Christmas is mainly about getting a whole bunch of stuff, and this song is sung by characters who don’t have a lot of stuff and I can’t reconcile the discrepancy in my brain. So this one gets one figgy pudding! NOT CHRISTMASY!

You can’t fool me! This is NOT a Christmas song but instead is an Alice Cooper style horror-rock nightmare! It gets extra points for the use of Frank Oz’s fantastic baritone. When watching this song with your children, if you don’t wrap them in a Christmas box and put them under the tree to shield their delicate dispositions from how terrifying this number is, then you’re not doing a proper job as a Muppet/Henson fan or a celebrator of The Christmas! Shame on you! This one gets minus one pinecone. NOT CHRISTMASSY.

Brothers in Our World:

This “collab” (I abbreviated that word because I’m hip music journalist) between the otter boys and Ma Otter is so heartwarming that I needed to have an icepack surgically grafted to my left-ventricle after watching it. But, alas, this is more of an Eastery song than a Christmas song because the boys uncover their counterparts to Ma’s lead singing line just like we hunt for poached eggs at Easter and wait for the dead to rise again and join us for a matinee screening of Coco. Obviously, I have an understanding of Easter that even surpasses my deep love of Christmas. This song gets seven poached eggs! NOT CHRISTMASSY.

This one is not Christmassy – it’s about showing those around us love and kindness, which clearly has nothing to do with… oh I already made a similar joke a few entries ago! Whoops! In all honesty, this is one of the best songs that Paul Williams wrote for Emmet Otter. It’s very reminiscent of the Williams-penned “We’ve Only Just Begun” which was a massive hit for the Carpenters in 1970. So for that reason, it gets two Karen’s! Errr… let’s be honest: one and a half Karens! CHRISTMASSY-ISH.

Now, this is more like it! This is classic Christmas-waltz, certainly about the Virgin Mary who, as the Bible tells us was a zaftig woman who wore an ill-fitting bathing suit while she birthed the Christ-child. As is explained in the song, the children from around the town all watched with glee as their savior was born. This song is as Christmassy as summertime latkes. Five latkes! CHRISTMASSY!

This rousing jugband number about mamma’s delicious barbeque can only be described as very very Christmassy. Who can forget Christmas mornings of yore, scampering down the ol’ steppin’ stairs and getting a big bottle of mamma’s barbeque sauce poured in your Christmas stocking? Then you rub it all over your face as you sing and dance the Christmas Barbeque Jig? This song gets four barbecues. Barbecue, barbecue, barbecue… barbecue! CHRISTMASSY!

When The River Meets The Sea:

Ugh – I can’t keep up this facade any longer, loyal Tough Pigs readers. My understanding of your holiday, Christmas, is fairly limited. I know based on how stellar this article has been, that you’re all completely surprised.

The deal is that I was raised in a secular Jewish household by two women’s casual clothing store owners. The holidays were always a stressful time for us because so much family business for the year depended on just a few short weeks. Despite the best dinner of all-time on the 25th with my extended family, and Boxing Day moviegoing on the 26th, this time of year fills me with residual family ennui.

It’s a minor holiday miracle that “When The River Meets The Sea” is such a powerful song for me. Clearly written in the hymnal and gospel tradition, this is up there with Paul Willams’ best songs of all time. The symbolism of the river of life meeting the sea of the afterlife is both powerful enough to reach anyone at any stage of life and simple enough for a child to inherently understand. This is flat-out one of the best songs about the lifecycle ever written. It reinforces how Henson and his crew used their work to ask the big questions and ponder them with their audience in tow. The line “What a newborn baby dreams is a mystery” from this song never fails to tear me up with wonder. I’m not being ironic when I say I want this song played at my funeral. Seriously.

But, ya know, sorry for breaking the tone of this article and being sincere for once in my life.

Clearly, “When The River Meets The Sea” is the winner of this Emmet Otter Christmas Song Challenge BECAUSE THIS SONG IS ABOUT LIFE AND DEATH JUST LIKE THE SONG RUDOLPH THE CRIMSON-NOSED REINMOOSE IS. FIVE BARBECUE BATHTUBS: CHRISTMAS-INCARNATE!!!! 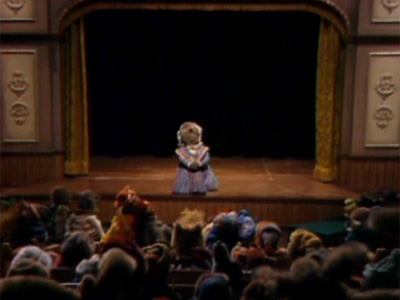 Click here to win the talent contest on the ToughPigs forum!