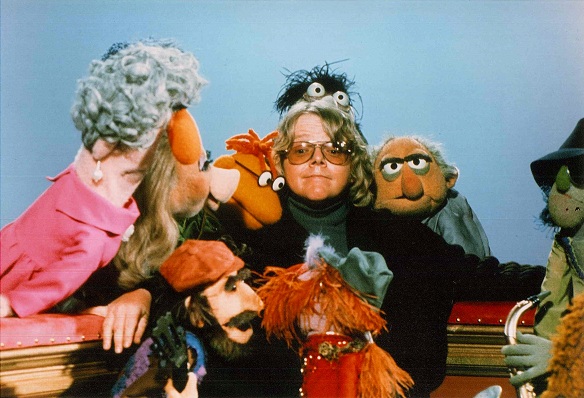 When Joe and Ryan laid out the episodes of The Muppet Show season one for the ToughPigs staff to pick to review like one of those cookie platters at an office holiday party, I made a beeline for this episode with guest star Paul Williams. Why? Simply put, I’ve always seen this as kind of a historic episode. For starters, it was Williams’ first collaboration with the Muppets and Jim Henson, which has flourished with two television specials, two feature films, a stage musical, countless appearances with Kermit the Frog and the rest of the gang, and arguably the greatest song in Muppet history (don’t worry, “Bein’ Green”, I still love you, but you’re no “Rainbow Connection”). Williams also earns the distinction (in terms of the New York airdates) of being the first guest host to also cameo in a Muppet movie (which makes sense, considering he wrote the music for it). A couple of crucial pieces to the Muppet ensemble made their Muppet Show debuts. It was also one of the first episodes of The Muppet Show to be nominated for an Emmy Award (Outstanding Writing in a Comedy-Variety or Music Series). So yeah, this is, to borrow a phrase, an episode “of heavy-duty proportions.” 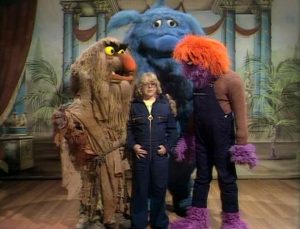 What really stands out for me is the obvious chemistry Williams has with the Muppets. You can almost see in his eyes how taken aback he is by the lush, vibrant characters that populate this world, but his performing style blends in perfectly with the performers, which probably explains why he was so willing to work with the Muppets again. Furthermore, Williams has no qualms with poking fun at his appearance, even going so far as to joke that the only reason he agreed to appear on the show was that for once he would be the tallest person in the cast (which cues Thog, Sweetums, and a Mutation to come onstage and tower over Williams). Williams would later describe his first lesson in working with the Muppets as “nothing is sacred and nothing is safe,” and he follows this idea with great zeal. His playful, folksy rendition of “An Old Fashioned Love Song” packs in charm by the bucketful, and he later leads a Muppet chorus in an inspired version of “Sad Song.” By this point, it’s evident that, all height jokes aside, Williams really does fit in perfectly with the world of the Muppets. 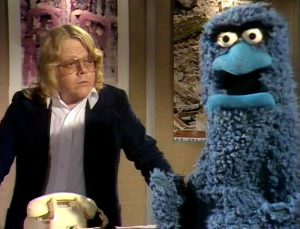 You can also tell pretty quickly that this is very much a first season episode, as the writers were still trying to find a rhythm for the show. Some bits are borrowed from earlier appearances on other television shows (such as Williams and Beautiful Day Monster in the Travel Agency sketch), and other bits don’t quite work out as well as they should. Unfortunately, this is where I need to bring up the famed Telephone Pole bit. Much like the Banana Sketch in Sandy Duncan’s episode, the buildup is entertaining, but where we don’t see the actual Banana Sketch, here, we actually do see the bit that’s been hyped throughout the episode. The payoff: Mike Oznowiski (played by Fozzie Bear in a telephone costume) is the Telephone Pole. Get it? Neither did I. Apparently we’re supposed to know that Oznowiski sounds like a Polish last name, though as far as I knew, it could have come from a number of Eastern European countries. So unless you just happen to know that Oznowiski is supposed to be Polish, the joke doesn’t work.  I know the point of the joke is that it’s a dud, but the whole bit ends with a shrug rather than a guffaw.

Overall, this is an entertaining, engaging episode of The Muppet Show where while not everything works, enough does to keep you smiling. Plus, as I’ve mentioned just about as many times as the episode mentions that Paul Williams is short, it was the first time one of the Muppets’ most beloved songwriters would collaborate with Jim Henson. Henson may have thought he was just getting a guest star in the beginning, but in the end, he would get so much more. 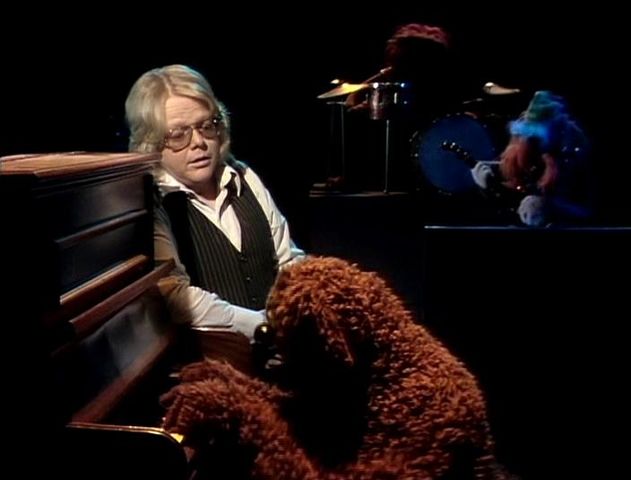 Best Joke: Waldorf: “The show’s good for what ails me.” Statler: “Well, what ails you?” Waldorf: “Insomnia.”

Worst Joke: The Telephone Pole bit. I should not have to know Eastern European onomastics to get a joke about Fozzie in a telephone costume! (A fun bit of trivia, though: Mike Oznowiski is a reference to Mike Oznowicz, Frank Oz’s father.)

MVM (Most Valuable Muppet): Scooter gets some really good appearances in this episode, being Fozzie’s collaborator on the Telephone Pole bit and having a fun moment in Rowlf’s reading of “Silence.”

Most Classic Moment: The Travel Agent sketch. If Beautiful Day Monster had a catchphrase, it would probably be “you got anything cheaper?” But obviously that’s not as catchy as “hi-ho,” “kissy kissy,” “wocka wocka,” or “h’okay.” 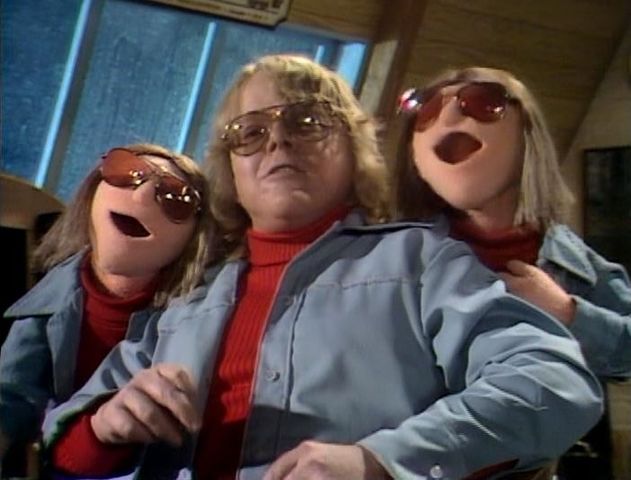 First Appearance Of… Dr. Bunsen Honeydew and the Muppet Labs sketches (although no Beaker yet), as well as the Muppet Show debut of Robin the Frog, who appears in the ensemble in “I’m in Love with a Big Blue Frog,” this episode’s UK spot.

Cut-From-the-DVD-Release Alert: A monster sings “All of Me” to another monster while removing various parts from his body. There’s some really good puppetry work in here that should be highlighted, but sadly, Disney removed it in the Season One box set. Thankfully, YouTube never forgets.

Missed Opportunity: “Where you from?” “Warsaw.” See? Now I get the telephone is from Poland!

Obscure Character Watch: Blue and Green Frackle serve as the vultures suggesting that the Telephone Pole bit is going to die onstage.

Rare Muppet Performer Appearance: Fran Brill performs Mary Louise in the aforementioned UK spot. This would be only one of two episodes of The Muppet Show that Brill would perform in.

One More Thing: Watching this from the Season One box set, I chose to watch with the Muppet Morsels included. Most of them are really informative (the story of Williams’ first lesson in working with the Muppets) and entertaining (Did you know Paul Williams doesn’t actually know how to play the piano?), but some of them seem random (during a bit with Fozzie and Scooter, there’s a morsel about the La Choy Dragon) and out of place (in the middle of “An Old Fashioned Love Song,” the morsel just happens to mention that Williams appears in The Phantom of the Paradise, long after it discusses Williams’ other work).

Okay, One More Thing: If you’ve read this far, thank you for not immediately closing this article and running to comment that “Bein’ Green” is superior to “The Rainbow Connection”. 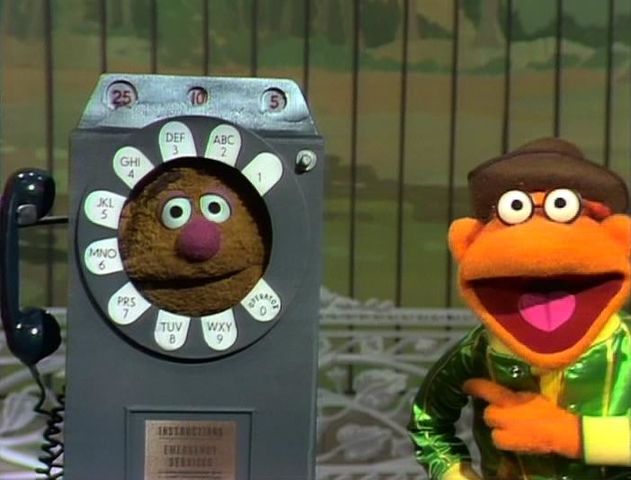 Click here to ask for something cheaper than the ToughPigs forum!