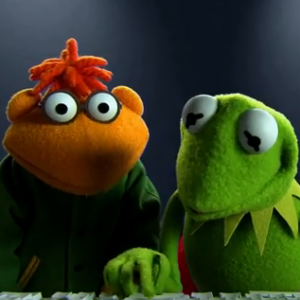 We’ve been waiting with mouse in hand for the new OK Go music video for “The Muppet Show Theme Song”, starring the Muppets, ever since it was revealed a few weeks ago.  And now two exciting things have happened:

First, the release date has been announced: You’ll get to see this guaranteed-to-go-viral video on Tuesday, August 23.

And second, there’s a short teaser video to get you all riled up and ready to rock.  Check it out right here:

Come on back to ToughPigs next week where we’ll be posting the new music video starring OK Go and the Muppets as soon as it goes live!

Thanks to Cameron Garrity for letting us know about the video!!

Click here to get things started on the ToughPigs forum!

Muppets and OK Go on The Tonight Show!