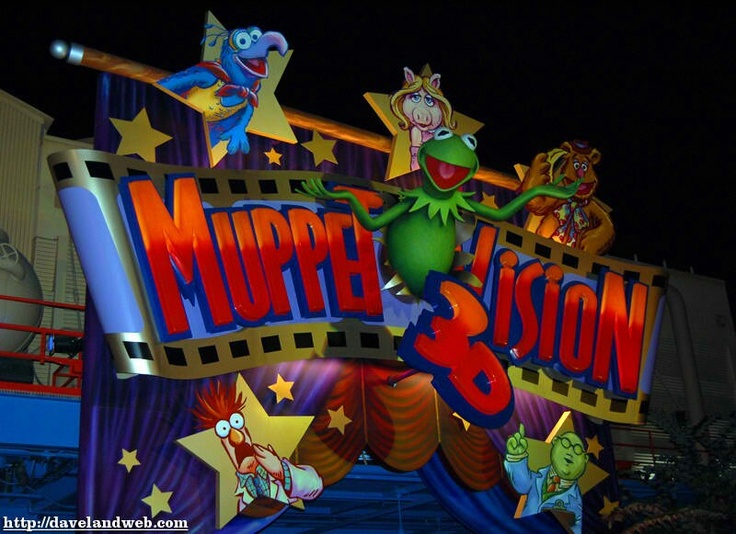 Late last year, we learned that Disneyland’s Muppet*Vision 3D attraction was being temporarily replaced with a Frozen sing-along.  And then we learned that it was very possible that the Muppets would not be returning at all.

As sad as that news was, at least we knew that there was another Muppet*Vision down in Orlando, along with a more impressive surrounding area including a spinning fountain and themed gift shop.  So as long as we never lose Disney World’s Muppet*Vision, we’re going to be okay.

In case you can’t read the disdain in my voice, things are not looking okay.

Rumors and reports from behind-the-scenes at Walt Disney World are starting to spin regarding changes at their Hollywood Studios park (which may be changing its name to Disney’s Hollywood Adventure).  They’re spending $3 billion to build a larger presence for Pixar, Star Wars, and Indiana Jones.  But to make more room for the new stuff, some of the old stuff has to go.  Like, unfortunately (and hopefully not), Muppet*Vision 3D.

So it’s very possible that sometime in the near-ish future, there won’t be any Muppet presence at the Disney theme parks at all, save for a piece of hard-to-find merchandise here or there.  There are still rumors that a new Muppet*Vision show will be produced at some point, but I suspect that it will only happen if the new TV series is a hit.  And if that happens, it’s possible that the Muppets aren’t included in the current plans for Hollywood Adventure.

From what we hear, we expect to get more information at the D23 Expo about the future of the Hollywood Adventure park.  However, since the vibe at D23 is mostly positive, I imagine that they’ll omit any information about beloved attractions that are closing.  In any case, we’ll have our ToughPigs correspondents on hand at D23 to deliver any news.

And of course, we’ll keep you updated as news progresses about the future of Muppet*Vision 3D!

Click here to get your butt to Orlando stat on the ToughPigs forum!