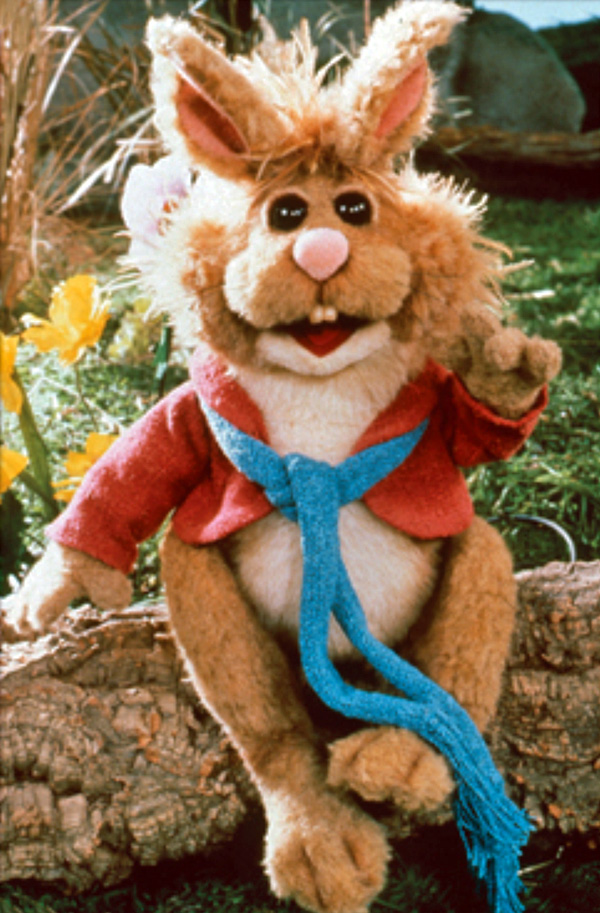 Yesterday, Tough Pigs pal Louie Pearlman covered Waldo and his role in Muppet*Vision 3D. Today, I’d like to talk about another obscure Steve Whitmire character who plays a prominent role in the attraction.

Muppet*Vision 3D is remarkable for several reasons. It was one of Jim Henson’s last productions. It brought Kermit and the gang into a Disney park for the first time. It took theme park 3D movie attractions to new heights — it’s at least as cool as Captain EO but way funnier. And it represents the peak of Bean Bunny’s career.

I can’t always keep track of which lesser-known Muppets are mostly loved or mostly despised by fans in general, but I’m pretty sure most Muppet fans like Bean Bunny. I like Bean Bunny, anyway. When he’s used correctly, he’s a worthy member of the Muppet ensemble. He was fine in The Tale of the Bunny Picnic, where he was a cute, scrappy character with plenty of kid appeal. But he really came into his own on The Jim Henson Hour, where the writers had the brilliant idea of turning him into a parody of cute, scrappy characters with plenty of kid appeal. In 2016, everything is meta and self-aware, but in 1989 it was genuinely clever to have Kermit explain to the audience “We hired Bean to be cute so the rest of us don’t have to.”

At the time when the Muppet folks were working on Muppet*Vision, Bean Bunny was one of Steve Whitmire’s two major Muppet characters, along with Rizzo. Steve was the go-to guy for small, furry mammals, I suppose. Bean is right there with the gang in The Muppets at Walt Disney World, and he even became the Cousin Oliver of Muppet Babies, joining the cast in the last two seasons. 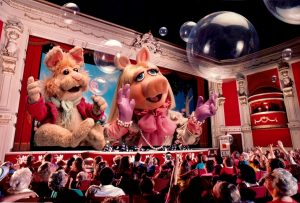 So it made sense that Bean was one of the main characters in Muppet*Vision, with a good portion of the light plot focusing on his efforts to help out with the show, and his decision to run away when he fails and ends up feeling like a dumb bunny.  It’s interesting that the version of Bean seen in Muppet*Vision falls somewhere between his two previous incarnations… He’s funny, but he’s earnest.  And he plays a more prominent part than some of the more established characters. It’s because of Bean that Sweetums runs into the audience, delighting park-goers and terrifying small children, which is always a worthwhile pursuit. The bunny even gets his own Disney audioanimatronic likeness, which means he has something in common with Statler, Waldorf, Abraham Lincoln, Ellen DeGeneres, and some pirates.

Not bad for a cute, scruffy guy.

For the Muppet collector who’s always looking to cover more shelves and flat surfaces with Muppet stuff, Bean’s presence in Muppet*Vision is important because it led to the creation of one of very few items of Bean merchandise. For some reason, they’ve never made Bean Bunny beans or even Bean Bunny Beanie Babies. But for a few years there, you could buy a plush Bean at Disney’s Hollywood Studios right after seeing the movie. Look at him: 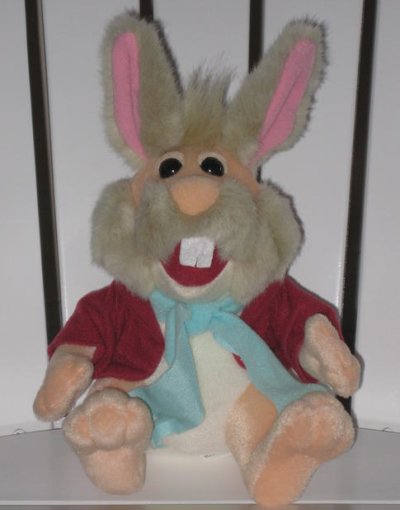 No expense was spared to make this plush toy true to the 3D theme of the attraction. He actually exists in three dimensions! When you’re in a room with him, you’ll feel like you can reach out and touch him!  Unfortunately, I don’t think they’ve sold these for several years, but you might be able to find one on eBean. 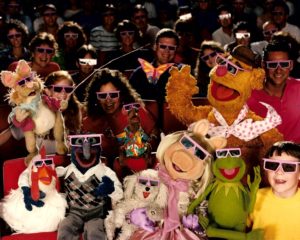 By the time Muppet*Vision actually opened, Bean’s future as a rarely-seen Muppet was already becoming a reality. With Jim’s untimely passing and Steve taking on Kermit, Bean became much less of a priority. And maybe that’s okay. I’d be happy to see him pop up for a cameo in any new Muppet thing, but it’s likely the “He’s the cute one!” joke would have run its course anyway.

Bean Bunny was only part of the regular cast of Muppets for a few short years. But several times every day at Disney World, for 15 minutes at a time, he’s a star.