How Bad Is the Muppet Movie Blu-ray Cover?

How can you tell if somebody is really a Muppet fan?  If they read an announcement that the quintessential Muppet movie is finally being released on Blu-ray, and the first thing they do is complain about the cover art.

The Muppet Movie is coming out Blu-ray on August 13th, which has caused many jazz hands over on the Tough Pigs forum. The cover art, on the other hand, has caused no small amount of frustration and consternation.  The thread about it is right here, and you should totally read it. Muppet fans are fascinating people with fascinating things to say.

As Muppet fans, we’re passionate about anything and everything related to our friends Kermit and Fozzie and Piggy and Gonzo, and we want them to be treated like royalty. Well, I don’t know if the queen of England has ever had an official Blu-ray release of her first movie, but if it did, I would hope the cover art would look better than this: 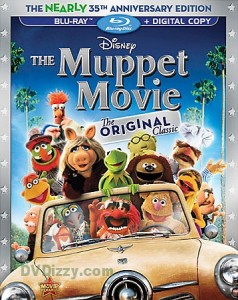 Where to begin? The obviousness with which they took a bunch of individual stock photos of the characters and PhotoShopped them together?  The way they took this shot of Kermit with his hands behind his back, hid him behind the windshield, and pasted his hands on it? The overall gaudiness of the whole thing? Not to mention the fact that many of these Muppets are obviously not wearing seatbelts! 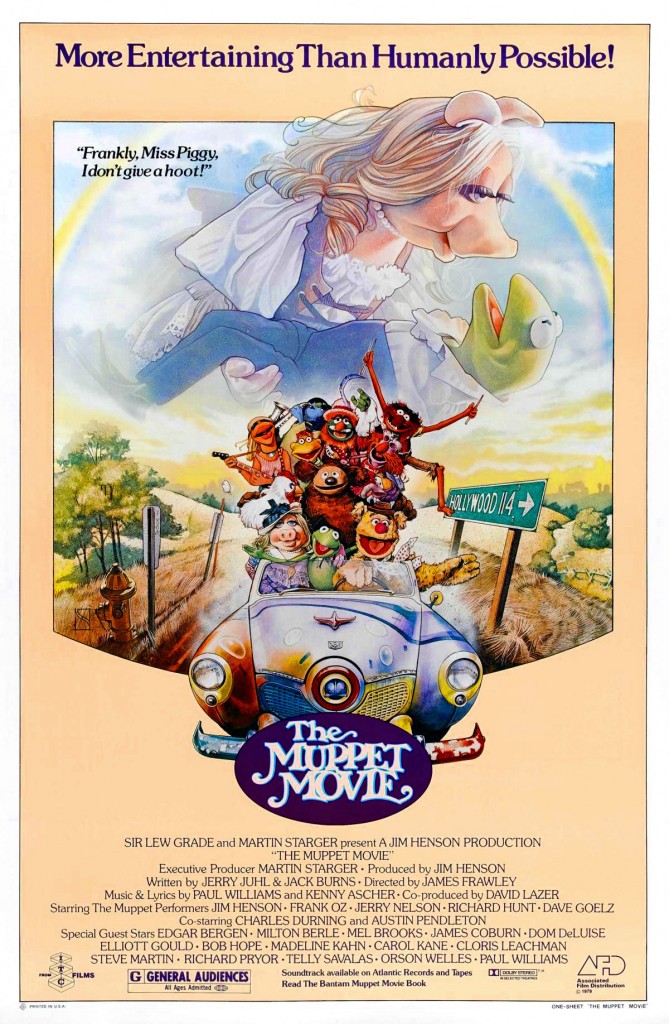 Man, I just want to put my face on that poster and smell it right now.

In fact, the image of all the Muppets piled into the Studebaker with no concern for safety does seem to have inspired the new Blu-ray cover, but this poster is much classier. I suppose a snappily-dressed, fast-talkin’ marketing person from Disney would say, “Look, buddy — it’s the 21st century! Paintin’s don’t grab eyeballs. What do you think, we got Leonardo Da Vinci makin’ our Blu-ray covers?  It’s gotta pop!  It’s gotta maximize the potential for purchasability! Research shows that 95% of people make 87% of their home video buying decisions within 3 seconds of seeing the cover! Paintin’s are out. PhotoShoppin’ is in, baby!”

Or something like that.  In which case, that’s all well and good, but I would point to this, the most recent DVD re-release of the movie: 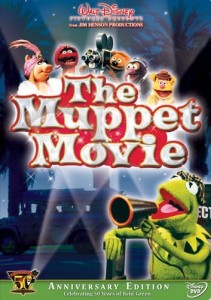 That’s pleasant enough, and easier on the eyes, and it uses actual images from the film.  Also I somehow just noticed for the first time that it has the Electric Mayhem bus on it. So that’s cool.  Why couldn’t they use something like that?

Or… is the new Blu-ray cover really that bad?  There’s been some discussion on the TP forum about the possibility that a bright, shiny new cover might actually attract some youngsters to the movie. Allowing a whole new generation to experience the joy of an Elliot Gould cameo can only be a good thing.

To the Disney artists’ credit, they actually used a Studebaker, and they have Fozzie driving, and they got almost all the primary players from the movie in there. (Presumably Zoot and Floyd are riding in the trunk.) It would be far worse if it were a P.T. Cruiser, and they had, say, Bobo driving, with Walter and Rizzo hanging out the windows.  Not that I don’t love those guys. They just weren’t part of the Muppet universe in that movie.

Yeah, it could definitely be worse.  As Tough Pigs’ own Matt Soberman pointed out on the forum, the French fans had a DVD release a while back that was arguably more offensive in its sheer laziness: 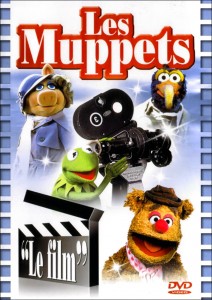 But what constitutes a lazy DVD or Blu-ray cover, anyway? We leapt to apply that word to the new thing, but forum regular Matt had a different take:

Wouldn’t the incredibly lazy approach have been simply using some pre-existing artwork, like one of the original movie posters, rather than spending the time, effort and resources to Photoshop some new composition together?

So what do you think?  Is the cover criminally terrible, or merely a bit stinky? Does it even matter what the cover looks like, as long as the disc inside contains one of our favorite movies with sound and picture quality so good we’ll feel Aunt Amy throwing that pie right in our face?  Feel free to join the conversation!

AND since this is what we do around here, let’s redesign the cover ourselves! Here’s what I want you to do: Design your own Blu-ray cover for The Muppet Movie, and e-mail it to me at Ryan@ToughPigs.com by July 11.  It can be a legitimate redesign, or it can be silly.  It can use elements from the existing cover, or it can be a completely new creation.  A few weeks from now, I’ll post the good ones here. Please note that Tough Pigs ain’t got no money, so you won’t win any prizes or anything if your cover makes it, but you will have the love and admiration of your fellow Muppet fans, which is pretty much the same thing as singing and dancing making people happy. Get to it!

Click here to drive around with 14 of your friends on the Tough Pigs forum!