Can you believe it’s been 17 years since The Muppet Christmas Carol was released? I can still remember the first time I found out about it, via an ad in Disney Adventures magazine.* Man, that was such a primitive age, before the internet told us about every new movie two years before it came out.

So, the film came out in 1992, and of course the big thing about it was that it was the first major project after Jim Henson’s passing, so we were all wondering: Can they do it? Can Jim’s son and Jim’s buddies put together an entertaining and satisfying film without the guy whose name is on the company letterhead? And can we really sit through a whole movie with the “new” Kermit that we’re not used to yet?

And then it came out, and it was pretty good, and we all bought it on video, and that was that. But something funny has happened since 1992: The Muppet Christmas Carol became one of the all-time great holiday classics.

This time of year, I get a ton of Google alerts for websites and blogs that mention the film, and the praise piles up, much like that pile of rum balls in your kitchen that were made by the old lady in the church but you can’t tell her everyone hates them. A movie that started out as a tentative first step for the Muppet crew, greeted with healthy skepticism by the fans, has now become a beloved holiday institution.

For example, here is a list of the “Best Christmas Movies of All Time”, which ranks MCC at #4. That’s right — Michael Caine is right up there with Santa and the Grinch as an icon of the Yuletide! And here’s a movie blog that calls the film “the most entertaining of all of the renditions of A Christmas Carol.” Here’s a blog counting down Christmas movies which reviews MCC and concludes “I love it.”

Meanwhile in the UK, the TV channel Sky Movies held a poll to see which movies viewers wanted to see on Christmas day, and Christmas Carol came in at #1! It beat such perennial favorites as Home Alone and, er, Fred Claus. Hmm.

I think a lot of it has to do with the fact that a lot of folks who are now young adults were just tiny tots when the movie debuted, and as far as they’re concerned, it’s always been there. They’ve seen it every year as far back as they can recall, and to them it’s not “the first post-Jim Muppet movie,” it’s just a Muppet movie, and it’s a Christmas movie, and it does a good job in both categories.

Have you watched it yet this year? If not, I highly recommend it. Sure, it has one of the most boring Movie Boring Songs of all time in “When Love Is Gone,” but the highlights outweigh it. Statler and Waldorf as Marley and Marley… the Ghost of Christmas Present singing “It Feels Like Christmas”… Muppets dressed as 18th century Londoners… Really, it’s the only adaptation of A Christmas Carol you’ll ever need, and I feel fairly confident in assuming that Charles Dickens himself would agree with me.

Click here to bless us, every one, on the Tough Pigs forum! And to everyone reading this: Merry Christmas and Happy Holidays!

*By the way, isn’t it interesting that the group shot of Muppets on the poster includes Bean Bunny? These days we’d probably expect to see crowd-pleasers like Beaker or Animal there instead. Well, I thought it was interesting, anyway. 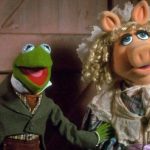 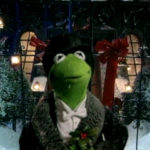