As you may be aware, Tough Pigs is ten years old.  In those ten years, we’ve managed to post over one thousand articles, including reviews, news items, commentary pieces, interviews, and even polls about Easter Bunnies.  That’s a whole lotta Muppet fandom.  Rather than looking to the future like some kind of bold visionaries, let’s take this opportunity to look back at some of the highlights from Tough Pigs’ ten totally geeky years.  If you haven’t been reading the site for all that time, I hope you’ll click on some of the links included here to see what Muppet fans have been talking about over the past decade.  (And don’t worry, I’m not linking to every single article ever posted — just the really good ones.)

ToughPigs.com was created by Muppet fan and funny guy Danny Horn.  Danny had previously been the writer, editor, publisher, owner, and caterer of the essential fan zine MuppetZine (Our own Joe Hennes has recently completed a comprehensive and amusing documentation of that very publication).  The new website would be similar to MuppetZine, but even funnier, as Danny further developed the editorial voice he had used for the zine, which might be described as “refreshingly casual,” or “hilariously honest,” or “cranky.”  ToughPigs.com was let loose upon an unsuspecting world (wide web) in August 2001.

Unfortunately, there’s no archival record of what the site looked like on its very first day (evidence suggests that was August 14th — do you remember what you were doing that day?), but here’s what visitors saw on September 26. Click this image to see the complete front page! 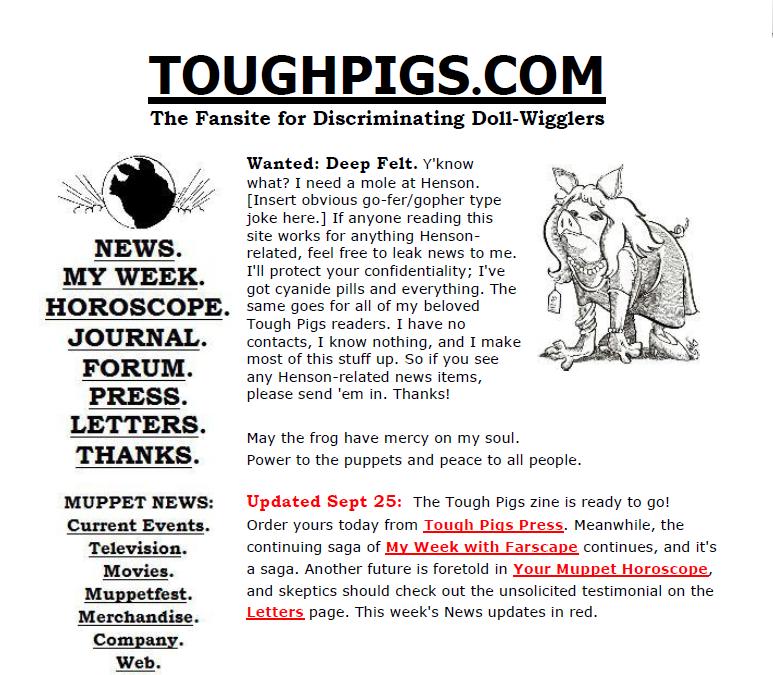 You may have noticed a lack of color on the main page here.  That’s because back at the turn of the century, colored fonts were much more expensive than they are now, due to a shortage of font dye.  Also, Danny didn’t use photos on the site for the first several months, for fear that whoever ended up owning the Muppets (Disney? Saban?  The Church of Scientology?) would sic their lawyers on him and he’d get hauled off to Website Jail.  Hence, the now-famous pig logo was created by longtime MuppetZine and Tough Pigs house artist Chris “Smig” Smigliano.

Also notable is the tagline: “The Fansite for Discriminating Doll-Wigglers.”  That would later give way to “Muppet Fans With Bad Attitudes,” and eventually our current “Muppet Fans Who Grew Up.”  For a while we briefly considered “Quality Enchiladas for Less,” but ultimately decided it didn’t really fit the content of the site.  In the early days of Tough Pigs, Danny pushed the term “doll-wigglers” as a term for Muppet fans, but for whatever reason it never quite stuck.  So unlike the catchily-named Browncoats, Trekkies, and Juggalos, we remain simply “Muppet fans.” 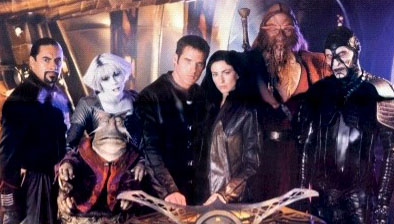 The “My Week with Farscape” series linked to on September 25 is one of the earliest entries in the My Week feature, which would become a trademark for Danny and the site.  One early My Week that’s particularly striking now is “My Week with Bear,” in which Danny decided to watch Bear in the Big Blue House for a week, and the second day of that week turned out to be September 11th, 2001.

A scroll down that page reveals the other items Muppet fans were talking about at the time: the upcoming MuppetFest (More on that later), rumors of a new Muppet TV series (Man, how many times have we heard that?), and reports of the soon-to-be-released Muppet action figures from Palisades (Which actually happened!  Sometimes I can’t believe I own a Julius Strangepork toy).

Commentary pieces have always been at the heart of Tough Pigs, and one of the earliest featured articles on the site was “Merger Go Round: Or How I Learned to Stop Worrying and Love My Beaker Doll,” in which Danny addressed the anxiety over who would end up owning the Muppets, and basically told everyone to chill out.

When Danny was publishing MuppetZine, he received and printed letters from readers, but being online gave him an instantaneous way to communicate with his fellow fans.  On September 7, 2001, the Tough Pigs forum made its debut, with a thread appropriately titled “Welcome to the Tough Pigs Forum.”  Four hours later, there was a second thread on the forum, called “By the way,” in which Danny encouraged readers to talk about stuff.  The third thread, started on the same day by a TP reader, was called “Which Muppets Are Gay or on Drugs?”  That TP reader isn’t around anymore.

And so Tough Pigs hit the ground running and snarking, and Danny continued to turn out great stuff on a regular basis.  While MuppetZine’s articles had been primarily informative or critical, Tough Pigs quickly became a venue for pieces that were just plain fun.  For example, November 2001’s “Your Muppet Horoscope,” in which Danny constructed a whole galaxy of Muppet star signs and predicted readers’ futures based on what was happening in Muppet history when they were born.  Remarkably, every single one of his predictions has come true.

I guess it’s been too long since we’ve done a “reader participation” feature, but Tough Pigs readers have contributed to lots of good ones over the years.  The first one posted was “Muppet Fan Memories,” a collection of anecdotes from our younger Muppet-fan selves.  Read it if you think you can stand the cuteness! 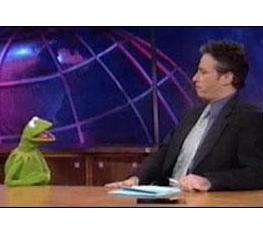 This may be difficult to believe for those of you who were born after 2005, but there was a time when YouTube didn’t exist.  Danny had access to tons of classic and rare Muppet apperances, so since there wasn’t a video-sharing site to upload them to, he shared them with the world the old-fashioned way: By transcribing every last word.  The first entry in the Anthology series was November 2001’s “Muppets 1, Host 0,” a three-parter consisting of Kermit and Piggy sparring with various talk show hosts.  And now that I look this stuff up, I see that none of these things are on YouTube even now.  The printed word wins!

In December 2001, Muppet fans from all over the world gathered in California to celebrate everything that makes the Muppets great and generally act like big nerds without fear of judgment.  Danny was there documenting the whole thing for his “My Week with MuppetFest“.  I couldn’t afford to attend MuppetFest, but I wasn’t too disappointed because I was sure I could go to MuppetFest II the following year.  Ten years later, I’m still waiting.  Grr.

In January 2002, Danny took unlikely pride in showing off the ugliest Fozzie dolls living at his house.  “Ugly Fozzies: A Weird Collection” would be the precursor to one of Tough Pigs’ most beloved recurring features.

In February 2002, Danny announced his most ambitious Muppet criticism project yet: He would review every episode of The Muppet Show. It was a seemingly impossible task, which may explain why he never finished it.  But “My Week with The Muppet Show” is still a great read, full of insight, humor,  bitter ducks, and Ben Vereen shouting “Oooooh knoggyaseggaaaaa!”

If there’s one thing that thrills Muppet fans more than beautiful merchandise, it’s hideous merchandise.  And so, in April 2002, readers endured a series of photos of painfully ugly toys, and submitted their ugliness ratings and color commentary, for the very first Ugly Toy Contest. 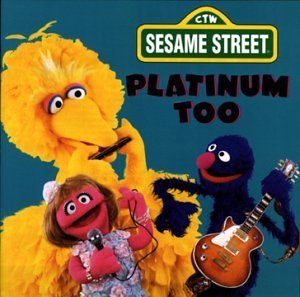 That month also saw the site’s first article series not written by Danny Horn, as Kynan Barker gave us the delightful “My Week with Sesame Music.”  Can you imagine, a grown man listening to Sesame Street CDs???

In May 2002, Danny went way off-message for the commentary “Save My Baby!”  It’s really funny, despite the fact that it has nothing to do with Muppets, being a rather exasperated commentary on a specific scene from the Spider-Man movie.  And that was the day Tough Pigs switched to an all-Spider-Man format.

It’s pretty amazing that all of the “Land of Gorch” sketches from the first season of Saturday Night Live are available on DVD now.  That was not the case in June 2002, when Danny posted “The Decline and Fall of Gorch” in the Anthology.  For those of us who had never seen any Gorch, it was a fascinating journey, and we all fell head over heels in love with Scred.

There’s lots more Toughness and Pigginess to cover, but that’ll do it for this installment of TP history.  Stay tuned to this website for more stuff about this website!

Click here to wax nostalgic on the Tough Pigs forum!