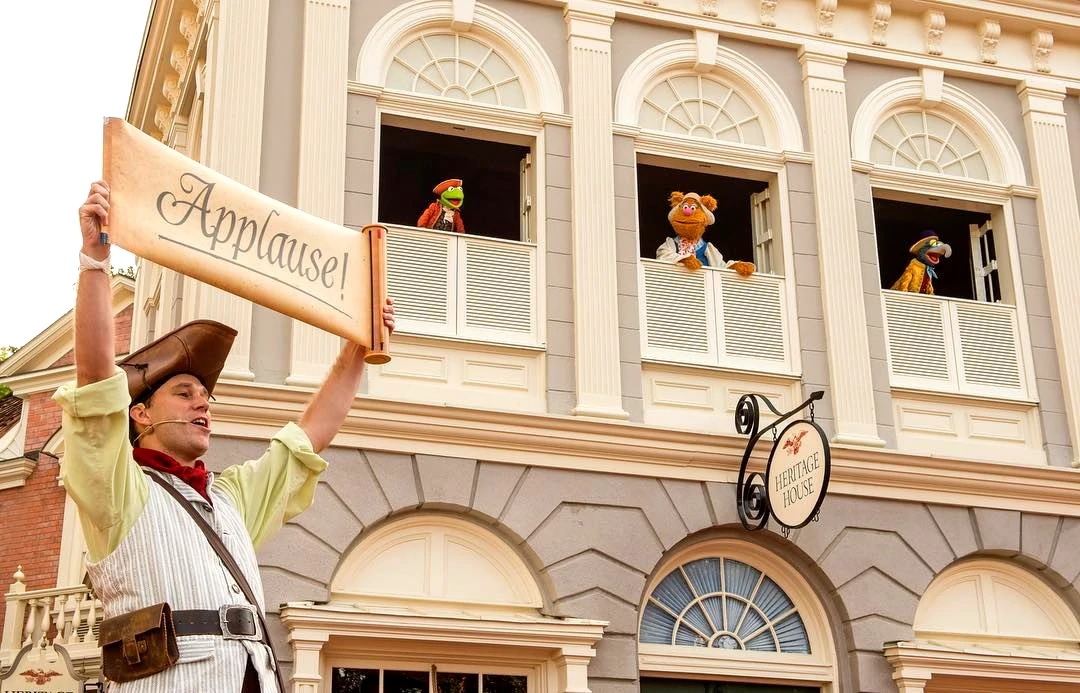 Just over two months ago, “The Muppets Present… Great Moments in American History” had its final performance at Walt Disney World’s Magic Kingdom. Kermit the Frog and the gang packed up their colonial outfits, town crier James Jefferson headed to Ye Olde Unemployment Line, and that chapter of Muppet history came to a close.

But the old saying goes, history has a funny way of repeating itself.

WDW News Today is reporting that the show will be returning to the Magic Kingdom’s Liberty Square for a very limited time to accommodate the massive crowds that visit the park during the holidays. The show will run several times daily during mornings and afternoons from Monday, December 23rd through Tuesday, December 31st.

In its original run, the show featured two stories about the American Revolution in repertory: the story of the Declaration of Independence, and the Midnight Ride of Paul Revere. As of the writing of this article, we’ve received no word if both shows will be returning, or if only one will be performed.

Even if it is for a little while, this is heartening news to hear for this Muppet fan. This was reportedly a fan favorite, drawing big crowds on its final day of operation. So if you find yourself at Walt Disney World for the holidays, be sure to make your way to Liberty Square and cheer on this show. Show Disney that you want the Muppets to have a strong presence at the parks. Let them know you care. And maybe, just maybe, this Christmas miracle might even extend into the new year.

Click here to say you want a revolution on the ToughPigs forum!