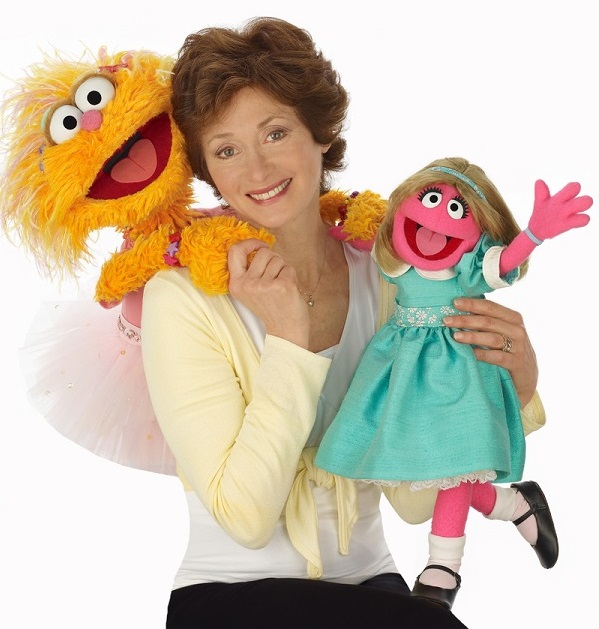 After a career dating back to The Great Santa Claus Switch and the very early years of Sesame Street, veteran Muppet performer Fran Brill is retiring from puppeteering.  Fran’s colleague Stephanie D’Abruzzo confirmed the news in a tweet this morning.

As any Muppet fan knows, Fran has made a huge contribution to Sesame Street in her years on the show.  She’s best known for playing the adorable Zoe and the wonderful, complex Prairie Dawn (both seen walking all over her in the photo above), but in a career on the show that started in 1970(!), she’s also played numerous other recurring characters, as well as dozens of miscellaneous monsters, little girls, old ladies, animals, and fruits and vegetables.  And that’s all in addition to her other Muppet work and her other career acting without a puppet on her hand.

We at Tough Pigs want to wish Fran the very best as she moves on to the next chapter of her life, a chapter in which she’ll perhaps be called upon to say the alphabet less frequently.  We’re really going to miss seeing her in new Sesame Street material… and we’ll always be grateful to her for agreeing to join our 2013 New York Comic Con panel, along with a special guest who left us starstruck.

Keep an eye on this website for more Fran Brill as we salute one of our favorite puppeteers! 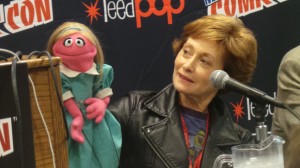 Click here to be welcomed, oh welcomed, to our little Tough Pigs forum!

Barretta Boys on the Radio