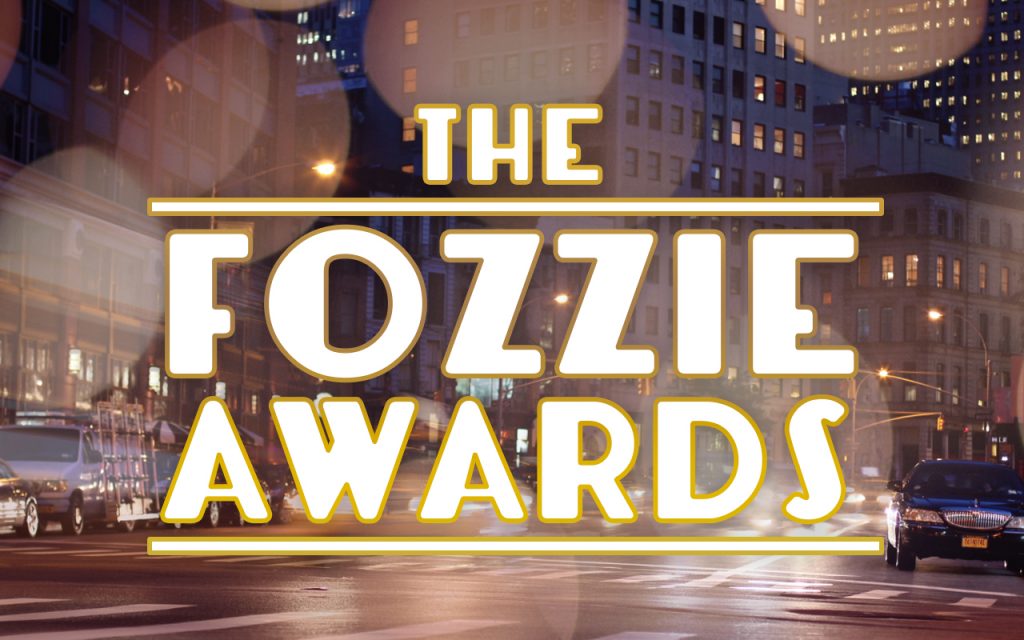 Let’s recap the story of the past few months, for those of you who haven’t be privy to the frustration of Muppet fans: The Muppets got a new TV show, it was beloved by many (including us), it was canceled after just one season, and it was nominated for just one Emmy Award, which it subsequently lost.  So rather than wallow in despair as we drown our sorrows at Rowlf’s Tavern, we decided to show a little love to The Muppets by hosting our own awards show!

Much like last year’s Snuffy Awards, which we held to show our support for Muppets Most Wanted, we created 17 categories and asked you (yes, you!) to cast your votes. The response was huge, and hundreds of you came out of the woodworks to rock the vote.  So The Fozzie Awards truly come from the voice of the fans.

We then reached out to our celebrity friends and asked them to read off the winners.  As you may recall, last year’s show included a slew of puppeteers, people from the Muppet fan community, and even a real Muppet.  We (accidentally) set the bar pretty high for ourselves, but we think you’ll be extremely pleased with the Fozzie Awards lineup.

So without further ado, we at ToughPigs are proud to present the first ever Fozzie Awards!  The only TV award show that matters!

Many, many thanks to all of our celebrity presenters!  And special thanks to Jon Shaw for his assistance in creating the Fozzie Award, filming, and editing!

And most of all, thank you to everyone who voted!  Muppet fans are the best fans!

Lastly, congratulations to the cast and crew of The Muppets.  You gave us one heckuva season of great television, and we’re extremely grateful for all the work you’ve done.

Click here to walk the red carpet to the ToughPigs forum!