My Week with Family Feud Part 3 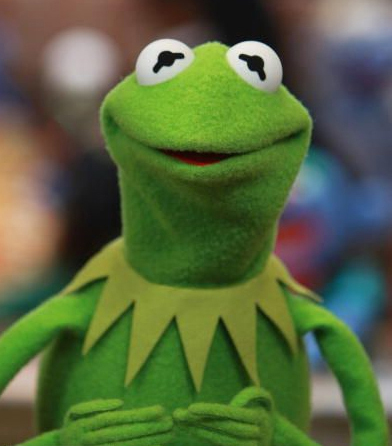 I mean, it’s a horrible thing to say about anybody. But the fact remains that the score so far is: Dixie Chicks: 3, Muppets: 0.

Even Louie Anderson is mocking the Muppets by this point. At the very end of today’s episode, the Dixie Chicks are just 11 points away from their third consecutive victory.

Emily, the cross-eyed Sela Ward, posits: “So if I lose this, then…”

“Then you’re a Muppet,” says Louie.

The Muppets, naturally, get offended. Sweetums yells: “Hey! I know where you live!” It’s a funny moment. But if the Muppets don’t win even once this week, it’s gonna be a sad sad week.

Anyway. The front-runner so far for Weirdest Muppet Moment is this. The question is: Which body part would you describe as round? The Dixie Chicks have guessed belly, face, ears, shoulders, “arse”… They don’t get them all, and it goes over to the Muppets.

“Well, ah…” says Kermit. “I think the most delicate way to say this would be — ahem — mammary glands.”

Goooood night, everybody! And a happy Thanksgiving to you all.