The following article was written by Tough Pigs pal Grant Harding. Thanks for reviewing Doozers for us, Grant!

I love Fraggle Rock. It was one of the first television shows I ever watched, and is probably the biggest reason why I’m a puppeteer today. Well, the Jim Henson Company has broken with its time-honored tradition of merely announcing shows but not actually producing them, and released a computer-animated Fraggle spinoff called Doozers. The show is unavailable in America until it hits Hulu in April, but has surfaced in England, Australia, and my homeland of Canada (like the original, it was developed in association with the CBC).

The titular Doozers live not in Fraggle Rock, but in Outer Space. Specifically, in a wind-turbine-powered village called Doozer Creek, in what appears to be a boreal forest, complete with chickadees, monarch butterflies, cattails, and what must be two extremely lost leafcutter ants. In one episode, we learn that there are also mountain Doozers, desert Doozers, and tropical Doozers. Doozers are everywhere! (Did they colonize the desert first, spreading there through the Fraggle hole in Doc’s new house?) 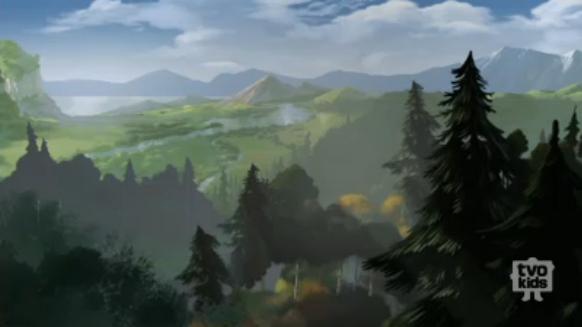 Our main characters are the self-proclaimed Pod Squad, four Doozer kids named Spike, Molly Bolt, Daisy Wheel, and Flex. They seem to have gotten actual kids to do the voices; Daisy Wheel, in particular, sounds charmingly like Sally Brown. If I had to complain—and this is Tough Pigs, so of course I do—I’d say that the characters aren’t very well-defined. After eight episodes, I’m still not sure what differentiates, say, Spike from Flex. I’m not even sure who wears which colour helmet. Speaking of which, the two girls wear pink and purple helmets, which is unfortunate—but in the words of my fiancée, “I guess I can forgive it if it’s a show about girls building things.” 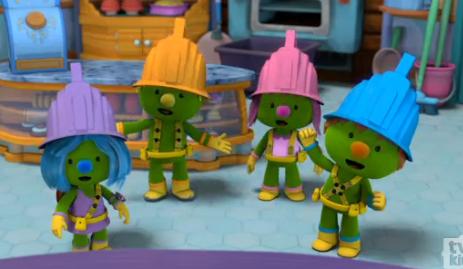 Doozer Creek is also populated by a bunch of supporting Doozer characters, like Timber Bolt the baker; the kids’ mentor, Professor Gimbal (who rocks an awesome wrench tie); and Doodad, who runs the hardware store. And just like on Fraggle Rock, there are always Doozers working in the background.

As with all great Henson productions, Doozers has a specific purpose and reason for existing.  The show is designed to teach kids about problem solving. For the Pod Squad, solving a problem always involves building something, and in true Doozer form, they LOVE doing it. They always plan out what they’re going to build before they do it, and they often look to nature for ideas. Along the way, they get advice from Professor Gimbal, who teaches them about electromagnets or hydroponics or some other relevant principle. The first couple of attempts don’t work, but they keep trying different approaches and eventually find a solution. The overall message is that building and solving are fun, and with only twelve minutes to play with, the plots are tightly focused. 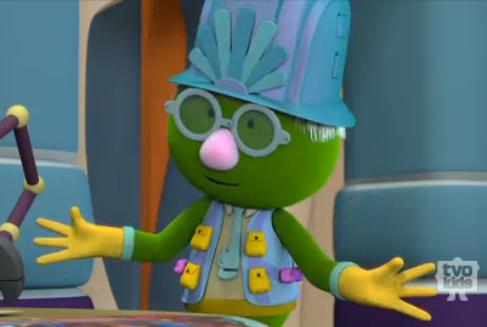 I want this tie. Henson Company merchandising department, get on this.

Doozer technology has advanced in the thirty years since Fraggle Rock, and they now have cell phones, holograms, and handheld computers. But despite the change in setting, the Doozers still depend on radishes as the raw material for Doozer sticks. (They even eat radishes, which they never did on the old show!) There are no Gorgs in the forest, so these Doozers farm their own radishes. The theme song features a radish, and there was even an episode in which the Squad needed to find the right conditions for radishes to grow.

The character designs are cute, and they look pretty much like the original Doozers – with the notable exception of a lack of antennae! Their noses are nicely shaded, and their lip-sync animation is slightly jerky, giving them a nice handmade, puppety feel. The show is “shot” with a shallow depth of field, meaning that only one part of the frame is in sharp focus. This really emphasizes the Doozers’ tininess, and it’s such a good trick I wish they’d used it on Fraggle Rock. The set design, while nice, doesn’t have the Aztec-Art Deco quality that the puppet Doozers’ sets did, though there are a few crystalline structures that evoke the Doozer Dome. It’s too bad Michael Frith wasn’t brought in as a consultant (though I guess he’s a little busy helping children in Syria, and I can’t really criticize him for that). 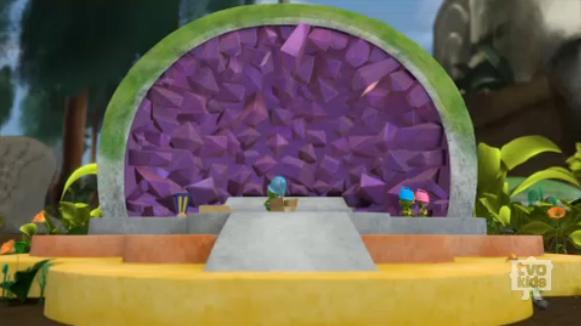 The music is by a group called the Eggplant Collective who do a lot of music for TV shows. It’s perfectly serviceable, but certainly no Balsam and Lee, and the same songs are repeated in every episode, which is a little uninspired. I was all set to complain that they never used any of the great Doozer music from Fraggle Rock—“Set Your Shoulder” would have made a kickass theme song—but one episode pleasantly surprised me by including a rewritten version of “Yes We Can”!

There aren’t really any nods to the old show, although one episode about building musical instruments involved the members of the Squad trying to find their favourite sounds, which was a nice parallel to finding your song. There was a missed opportunity in one episode where Daisy Wheel adopted a radish as her friend –she called it something ridiculous like Radishetta, when everybody knows that radishes should be called Geraldine.

None of the Doozer characters from Fraggle Rock have made it to Doozer Creek. Or have they? Back in 2009, when the show was first announced, I speculated on the Tough Pigs Forum that, given the amount of time that’s passed, Cotterpin should be the Architect herself by now. Well, the leader of the community is called Chief Doozer, and she’s a redheaded female. So who knows?

Could be, could be!

My overall verdict on the show is that it’s fine. It certainly does what it sets out to do in terms of teaching problem solving and perseverance. It has a pretty standard look and sound, which Fraggle Rock never had, and it’s more unapologetically aimed at little kids. The dialogue isn’t brilliant (I cringe every time a character says “Funtastic!”), though I do like the use of “Oh, fiddleheads!” as an expletive. But I’m glad it exists, if only because it’s nice just to see Doozers on my TV again. And hey, maybe it will drum up more interest in Fraggle Rock among the younger generation, which can only be a good thing.

Watch a few episodes yourself on the TVO Kids website!

Click here to get to it and do, do, do it on the Tough Pigs Forum!