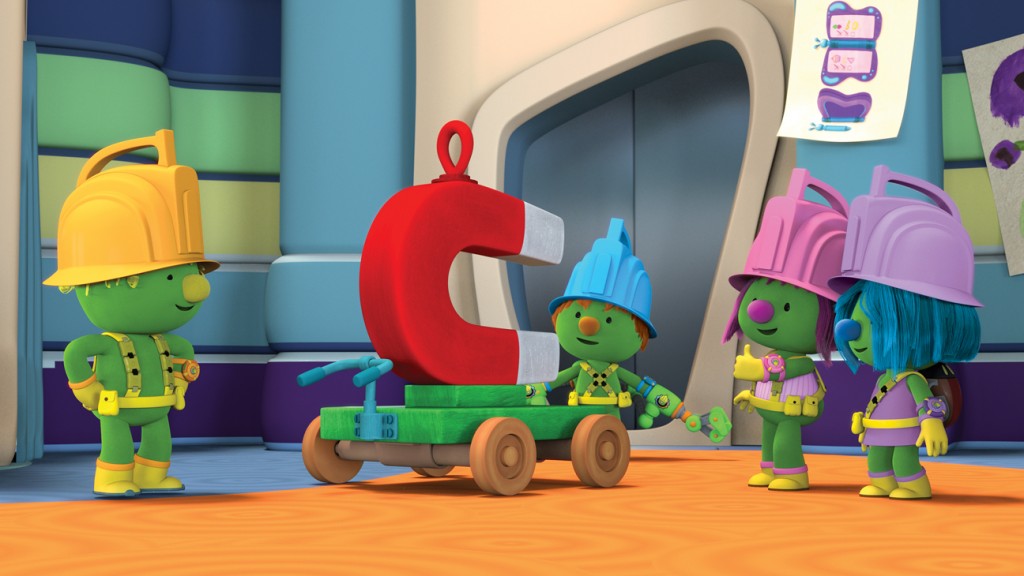 It’s been a long time since we first heard about the possibility of an animated Doozers TV show. In fact, it was all the way back in March 2009!  But apparently the Jim Henson Company and DHX Media have been working with Doozer-like diligence since then, and now the finished product is ready to be seen by us silly creatures. (Did Doozers ever call humans “silly creatures?”  Did they even know about us? Feel free to write in and refresh my memory.)

As reported by The Hollywood Reporter (’cause reportin’s what they do), 52 episodes of the preschool-aimed Doozers will be available for viewing on Hulu starting on April 25th.  There’s no specific info about whether you’ll have to be a Hulu Plus subscriber to access all the episodes.

As previously established, the Doozers cartoon will focus on a new group of characters rather than Cotterpin, Flange, Wrench, and the gang from Fraggle Rock.  Also, I just noticed that the original news from 2009 said there would be three main characters named Baxter, Puzzlebea, and Daze, while series now stars four Doozers named Spike, Molly Bolt, Flex and Daisy Wheel.  What happened to Puzzlebea? Maybe she got a sitcom deal.

Click here to dooze on the Tough Pigs forum!