Earlier this week we sent out an invitation to all Muppet fans who wanted to submit a tribute to Caroll Spinney, the legendary Muppet performer who passed away earlier this week.  We were overwhelmed with responses, so we’ve broken them up in to two posts.  Part 1 included stories and poems, and Part 2 contains various artworks that were sent it.  Some people included messages with their art, which you’ll find immediatly after their work.

I’m so saddened to hear the passing of Muppeteer legend Caroll Spinney.
We will all miss him terribly however, let’s celebrate his full life and all he did to enhance our childhoods and make us better people for it. He has left the earth in a better place than when he arrived which is something we should all aspire to.

It reminds me of a quote of Caroll’s –
“Always look forward. Never look back.”

The profound lines spoken by the Sesame cast when Mr Hooper died resonate and are very poignant today – more than ever;
Big Bird: “But it won’t be the same.”
Bob: “You’re right Big Bird. It’ll never be the same without him. But you know something? We can all be very happy that we had a chance to be with him and to know him and to love him a lot, when he was here.”

Thank you Caroll for teaching us valuable life lessons – the world has lost a great human but your memory will live on in Big Bird, Oscar and the truely uplifting legacy of Sesame Street.

Caroll Spinney’s sensibilities influenced so many of us as kids. Whether it was allowing us to see the world through the eyes of an 8ft tall bird that thought and talked how we did or by letting us know it was okay to be a little snarky and grouchy, there were so many lessons packed into his portrayal of these iconic characters over the decades. Big Bird and Oscar are two sides of the same coin. He’s been a strong influence on me as a pediatrician and as I create educational materials for kids.

So what did Caroll teach me? Don’t talk down to kids. Speak their language and try to see the world as they do. And it’s okay to have a little bit of an edge…kids kinda like that.

Thankfully his legacy and these characters will live on and continue to inspire kids around the world.

It’s hard to put into words what Caroll Spinney meant to so many people around the world. His characters transcended different countries and different generations. For nearly 50 years, he was the eternal ‘big kid’ that was Big Bird and the dark genius that was Oscar the Grouch.

Growing up with Sesame Street, Big Bird was the character I easily connected with the most. To me, he always felt like a real, living, breathing person. He could read, count, and sing— but he could also roller skate, drive a motorcycle, and sail across a river on a little boat. I’ve seen him dance, hitchhike, run atop the Great Wall of China, and even jump out of a moving car. Though he was stitched together with fabric and feathers, he could express emotions like fear, loss, curiosity, frustration, eagerness, and joy. He could cry, and he also could make you cry.

That’s the humanity that Caroll Spinney brought to life in his characters. He had a genuine warmth that transcended the puppet he was performing and the TV screens he was appearing on.

I had the chance to briefly meet Caroll a few years ago and I thanked him for being a big part of my childhood. When he found out I was Filipino, he mentioned the word ‘yakap’ (Tagalog for hug) and gave me one.

The world is a kinder, better, and more literate place because of Caroll.

Thanks for everything, Bird.

My grandparents meant a lot to me. And Sesame Street is one of my earliest experiences I correlate to them. We used to watch the old specials and VHS tapes at their house during my earliest years. Heck, even an old home movie depicts my grandmother pointing out all the Muppets in a picture book to me and a family friend’s child. She knew these characters. Not to mention my grandfather worked at Madison Square Garden until 2000 and he used to get us tickets to see Sesame Street Live. My mother always said his favorite character was The Count.

When my grandmother passed away, we were told that every time we see a red cardinal, that’s my grandmother watching us. My grandfather would pass on years later as well.
The thing about seeing characters like Big Bird, Elmo, Cookie, etc. still around and doing their thing means a lot to me, because to me, they’re keeping the memory of these two beloved relatives of mine alive. And now they’re making memories for a new generation of children and their own grandparents to hold onto. That explains Big Bird with the red cardinal on his beak in the picture, because he’s receiving a visit by my grandmother and, to an extent, my grandfather.

I can imagine up in heaven, my grandparents are welcoming Caroll with open arms and a handshake, telling him how much I loved watching him as Big Bird and Oscar as an infant/toddler. I’m very sure they did that with Jim Henson and the others.

I drew these as tribute to Caroll, Jim, Richard, and Jerry. The characters I drew are Kermit, Don Music, The Count, and Bruno the Trashman.

The Crumpit Puppet Troupe (made this Oscar puppet themself!)

I’m deeply heartbroken to hear of the passing of Caroll Spinney, who gave his spirit to the characters of Big Bird and Oscar the Grouch. If you know me personally, you know that all creatures big and small of the Henson universe have such a vital meaning to my existence, and to so many others. Big Bird especially was someone I always connected with, and Carroll even more so.

I don’t have much to say except to thank Carroll for all he’s done, I hope he is at peace. My deepest condolences to his family, friends and all of us grieving the loss of such a pure, wonderful spirit. It broke my heart today to think that he was somewhere and Jim, Richard, and Jerry were there to greet him.
Be kind, be gentle. Keep being creative, curious, and loving all.

The first image can be opened in a new tab to be appreciated properly.

I had the good fortune to be Caroll’s friend for nearly a decade. As anyone who knew him could tell you, he was one of the kindest and most considerate people I’ve ever known. I also say the same about his wife, Debi. The attached artwork are two samples of what I have made for Caroll and Debi over the years. (85 Main in Putnam, Connecticut was their favorite restaurant). Caroll’s level of compassion and appreciation of his life inspires me as much as his talent as a performer and visual artist.

I have so many memories I could share of Caroll, but I will focus on three short anecdotes:

I visited the Sesame Street set on May 19, 2011 to see the filming of Episode 4313 “The Very End of X”. I sat at the counter of Hooper’s Store, watching Caroll performing Big Bird alongside Martin Robinson as Snuffy. As if that wasn’t enough of a wonderful opportunity, Caroll took a break between filming to chat with me. He walked into Hooper’s Store, still wearing the Big Bird legs and sat down on the stool next to me. We reminisced about the old days of Sesame Street and how Hooper’s Store used to look. Caroll even shared some memories of Will Lee with me. I thought to myself “I’m in Hooper’s Store with Big Bird.” It was truly a golden moment, never to be forgotten.

On November 28, 2012, Caroll Spinney came to the University of Illinois at Urbana-Champaign to speak about his life and career. (Fun fact: Champaign is geographically close to Oceanview, Illinois).

I drove Caroll and Debi from O’Hare International Airport to Champaign and back again the next day. When I picked them up at the airport, Caroll asked me to help with his luggage. He handed me a nondescript black duffel bag and said “Oscar’s in there.” When we got to the car, Caroll saw how careful I was being with the bag. “No, no, no.” Caroll took the bag from me and shook it vigorously. “You gotta BANG it around and SHAKE it! He likes that. Here, we gotta stuff him in the trunk. He’ll like that, too.” Caroll flung the bag in the trunk and Oscar rode on top of the spare tire, like a grouch should.

Out of respect for Jim Henson, I reserve the descriptor “lovely” as the highest compliment I can give someone or something. On September 1, 2019, my sister and I saw Caroll for the last time at the Indianapolis Comic Con. Over the years, I have written to Caroll and Debi and they have always been kind enough to respond when they can. In my letters and on that day in person, I made sure to let them know they are both lovely people.

I love you, Caroll. Thank you for everything.

Jacob Kolodney (the blue character is an original of his)

I’ve been a huge Muppet fan for all my life. I’ve had three different encounters with Mr. Spinney. One through mail correspondence and two meeting in person. I wrote to Mr. Spinney I believe around December of 2011 asking for a couple signatures on some artwork I made. I honestly had not expected to hear back from him, but I saw in June of 2012 I received a letter back that not only included my artwork signed, but also a couple signed postcards and a letter as well. I was so unbelievably excited and thankful. I first met Mr. Spinney last year at Gen Con in Indianapolis. At the time, I lived in Chicago and drove at least 5 hours just to be able to meet him. Not only was it an enjoyable experience, but I also got him to record a greeting for me as Big Bird and Oscar, which I love so much.

The second time I met him was this past August with a couple friends at the Tampa Bay Comic Con in Florida. Even in his current state was he still very sharp and funny as always. You could tell he was very grateful that me and my friends took the time to meet him and share what he meant to us. But we were just so grateful that we HAD the opportunity to meet him, for me twice, and to tell him how much he meant to us.

I will say I will be forever thankful for two things. He left this earth knowing how much he personally impacted my life with this large yellow bird and this trash can dwelling grouch, and also he got to reward himself by seeing his two iconic characters celebrate 50 years of sweeping the clouds away. What a milestone! From the bottom of my heart, thank you, Caroll. Big Bird and Oscar will forever live on thanks to the immense talents of Mr. Caroll Spinney…. 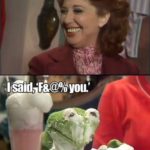