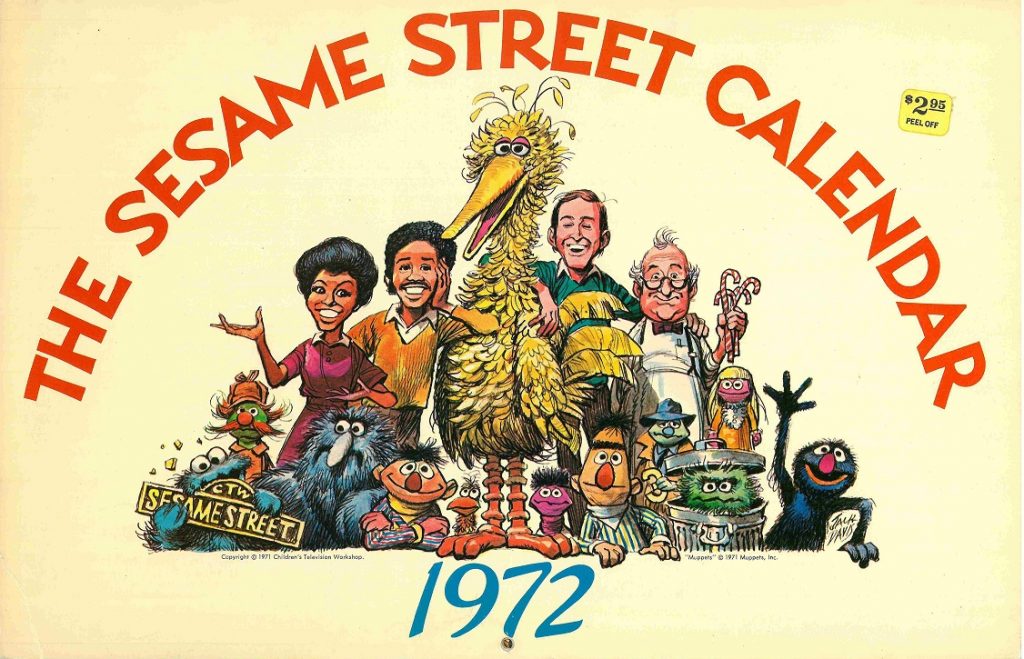 Almost every Sesame Street product released in the 1970s contains a hidden gem of amazingly fantastic artwork.  Before strict style guides became the norm, artists had free reign to create their own interpretations of the characters, and it almost always turns out to be something truly special.

In 1972, Sesame hired Jack Davis (who recently passed away) to illustrate their first official calendar.  Davis was already well-known for his work on MAD Magazine, and his raw talent really shines in this series.  As you’ll see in a moment, he filled each spread with educational content, and he developed some subtle MAD-like gags in the calendar portion below.

I can only imagine being a kid in 1972 and spending an entire month poring over every one of these.  The details and the exaggerated likenesses and the tiny jokes are all the sort of things missing from calendars today.  Thankfully, 44 years later, we have the opportunity to enjoy them all over again.

Be sure to scope out the wonderful cover image above, which gives you a great taste of the interesting characters you’re about to see throughout the year.  And now let’s get started with January! 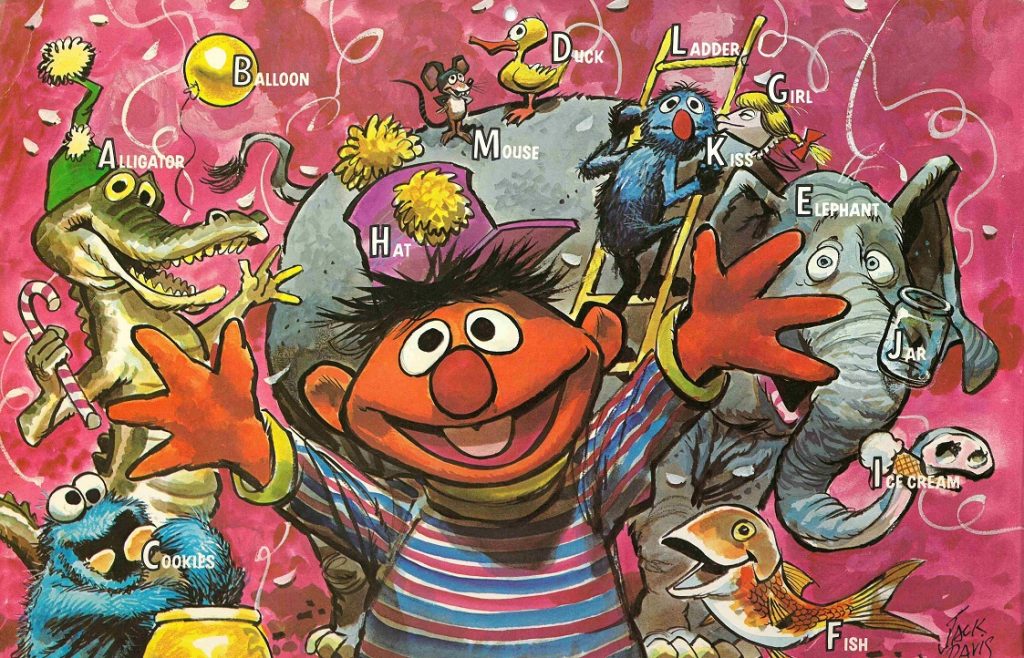 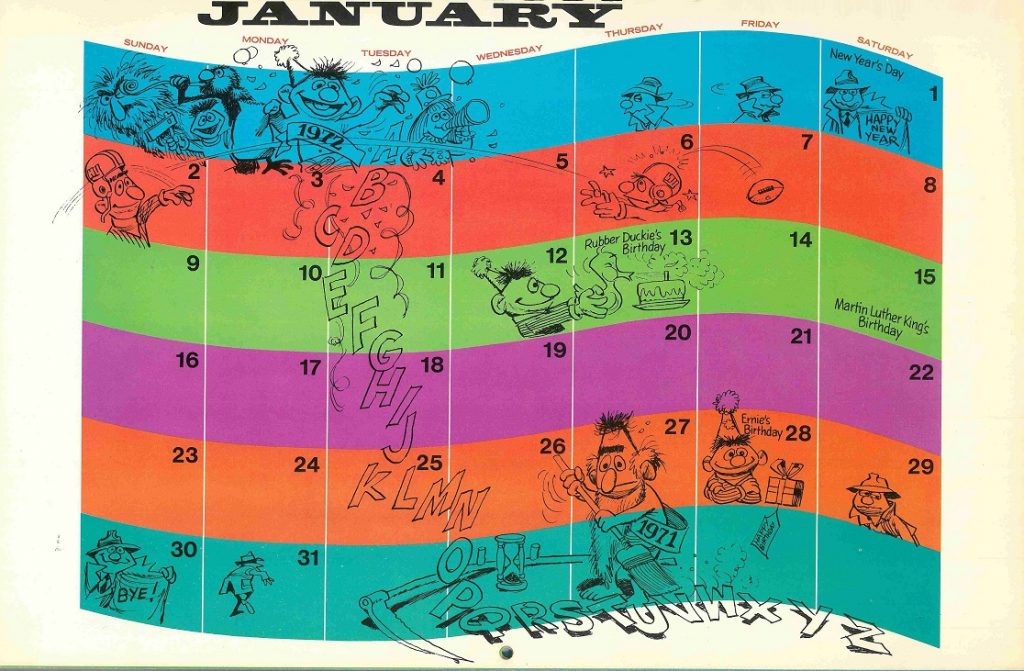 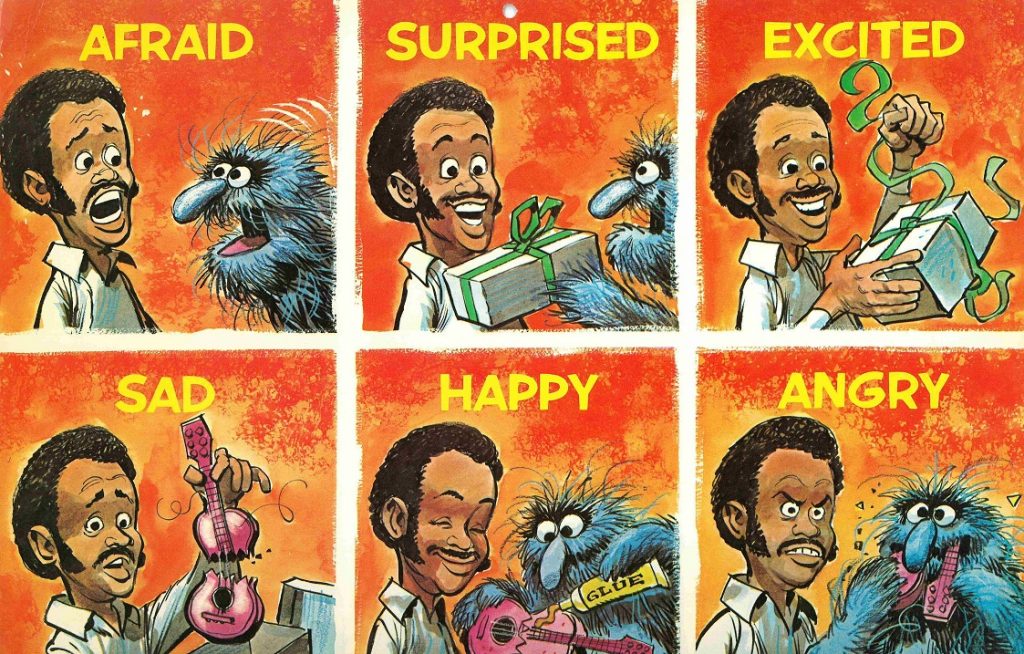 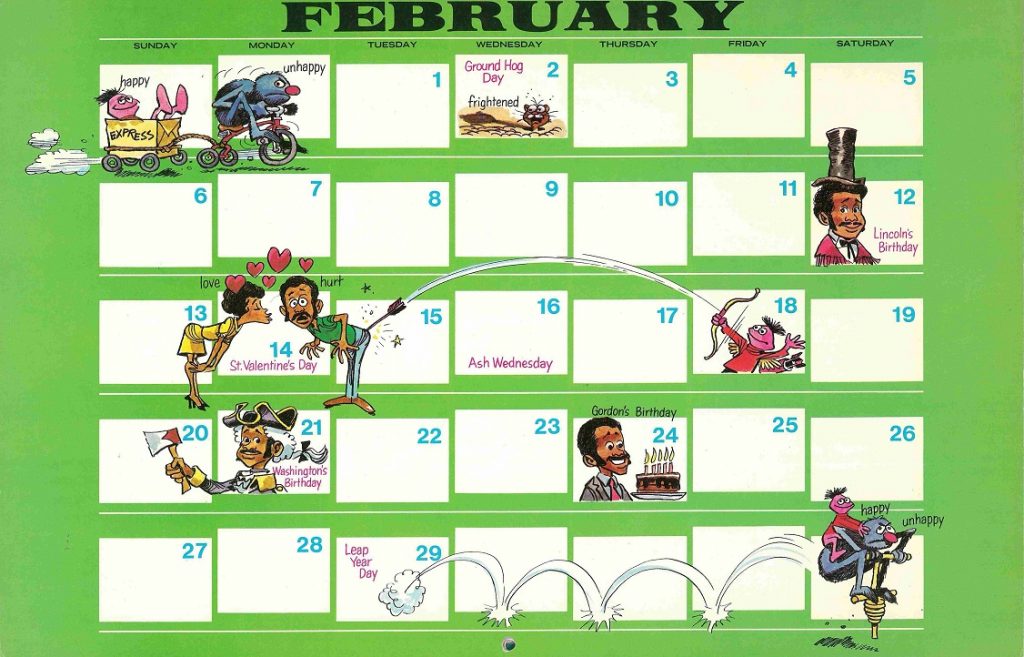 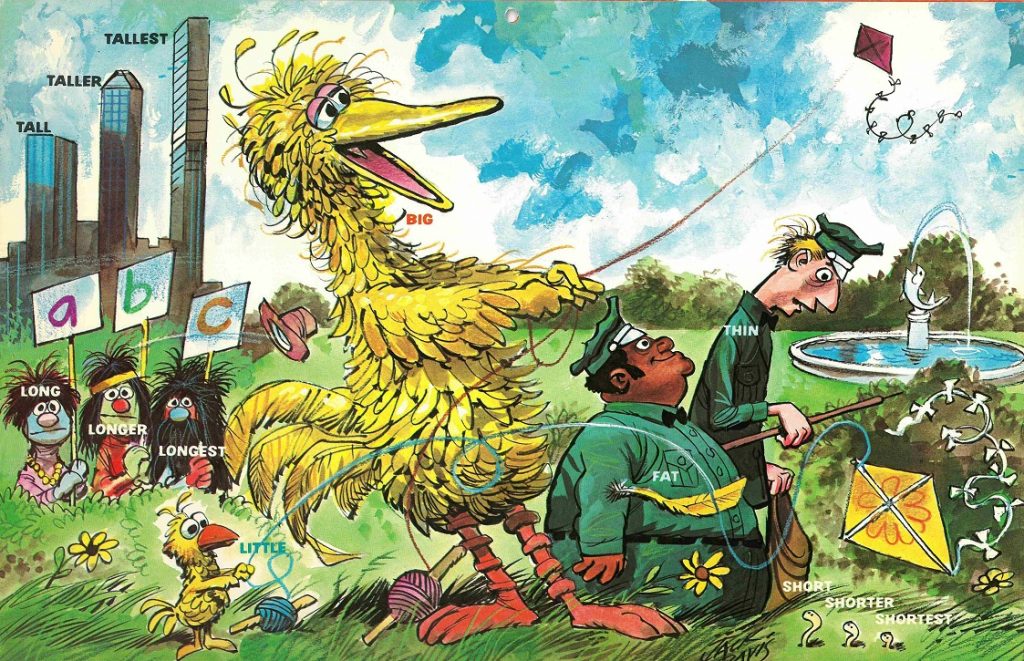 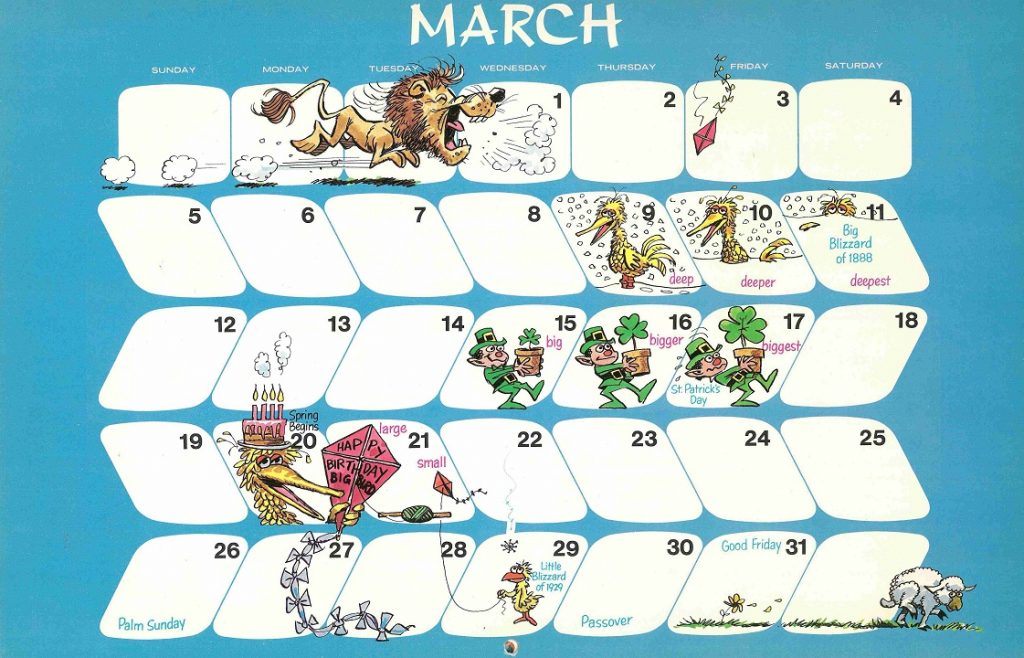 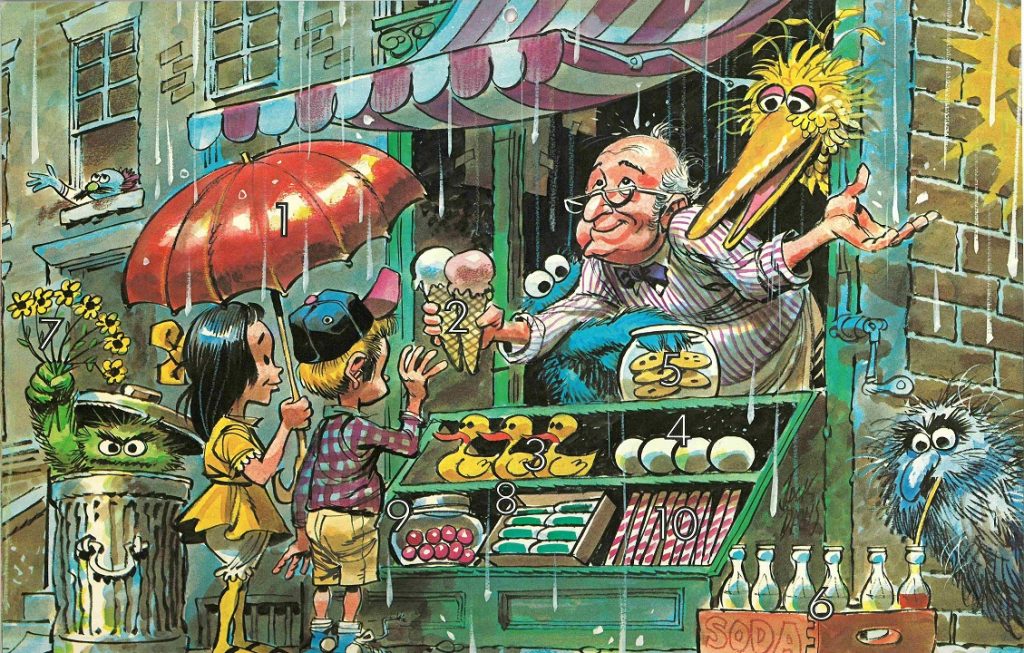 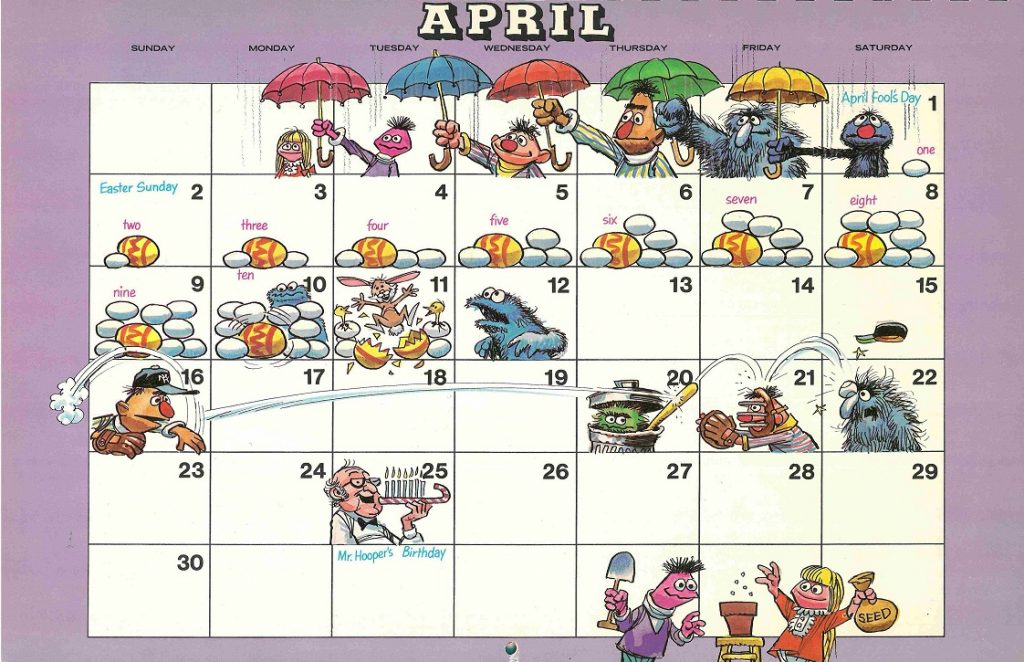 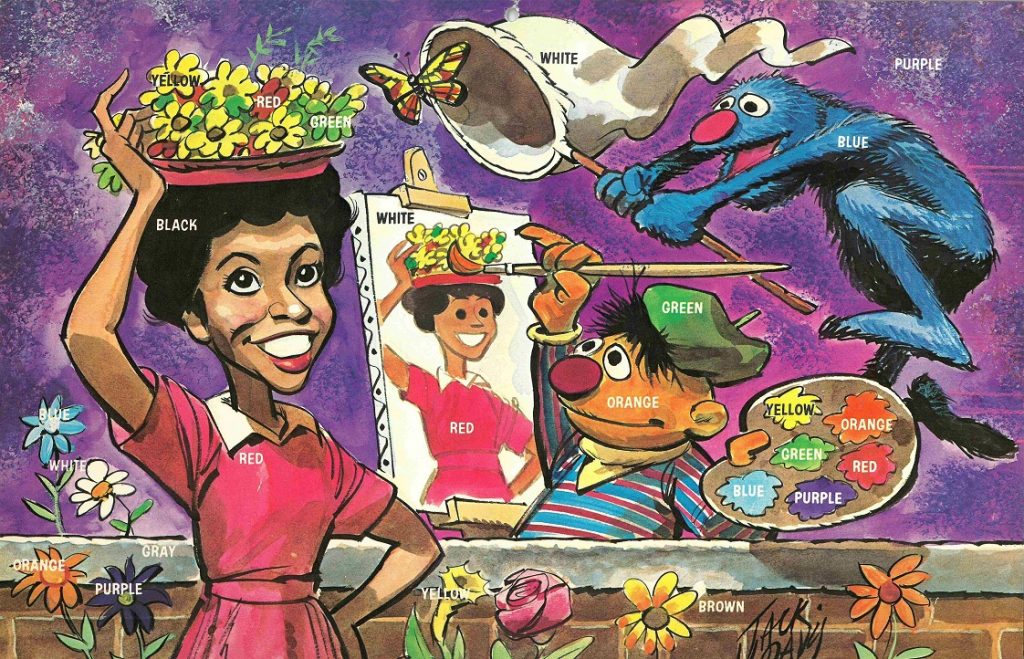 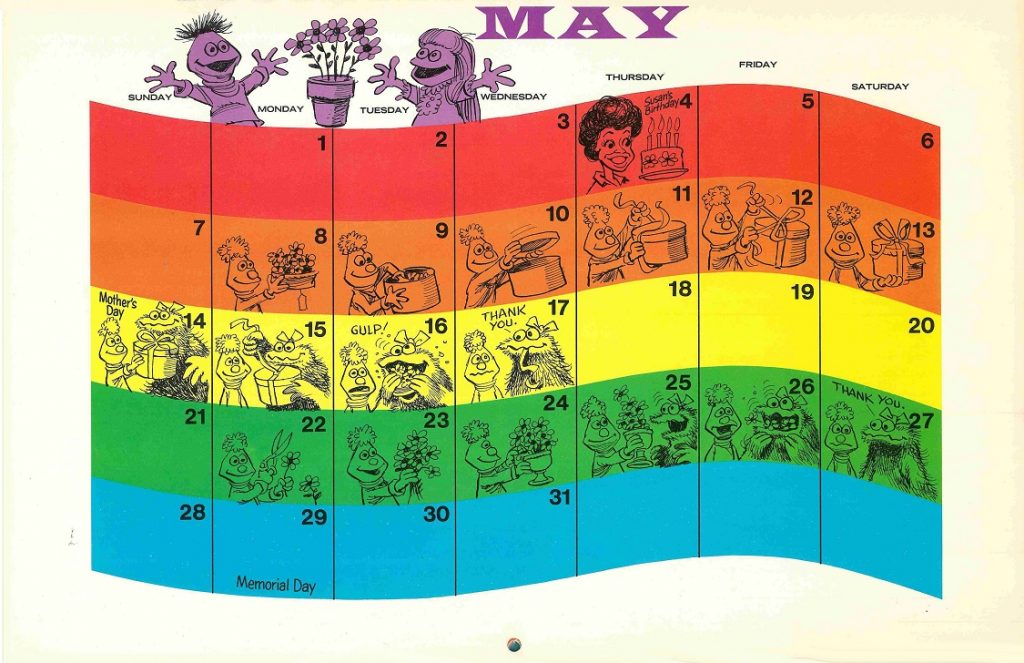 Stray Observations About May: 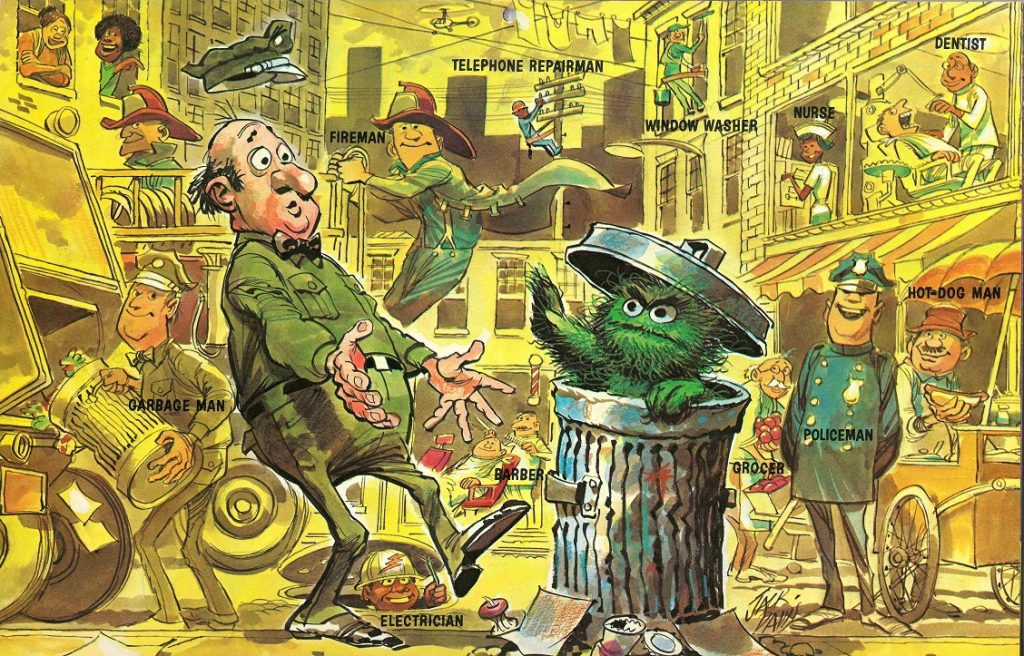 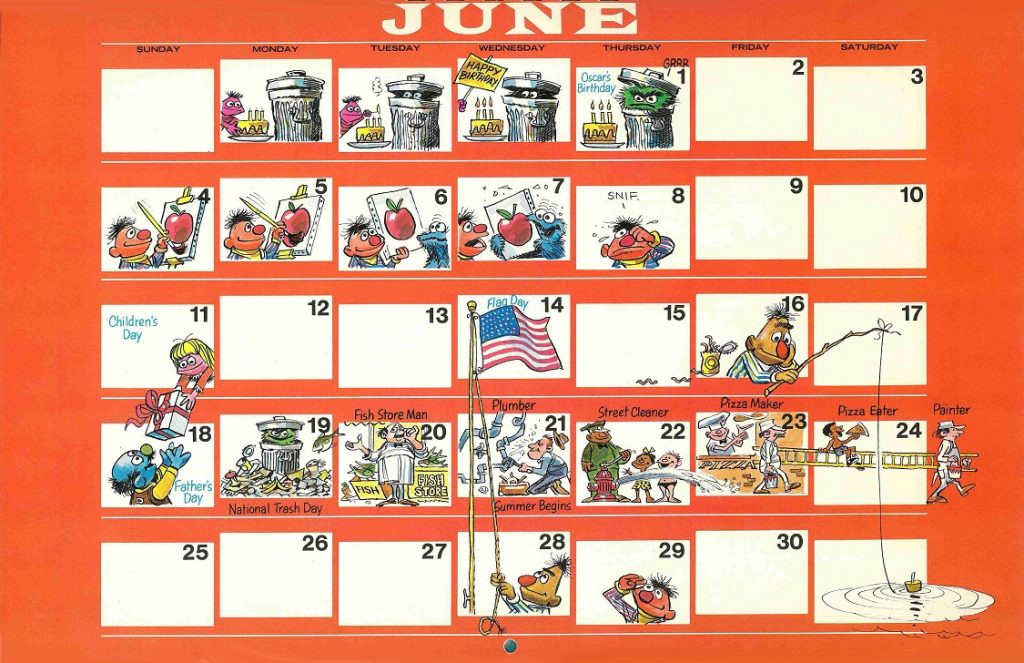 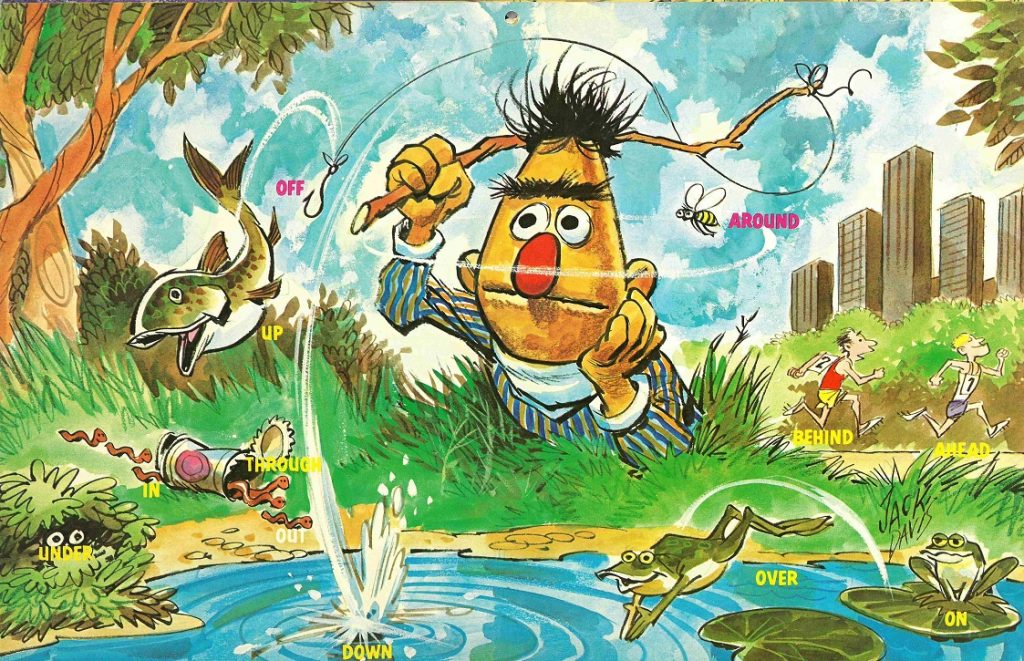 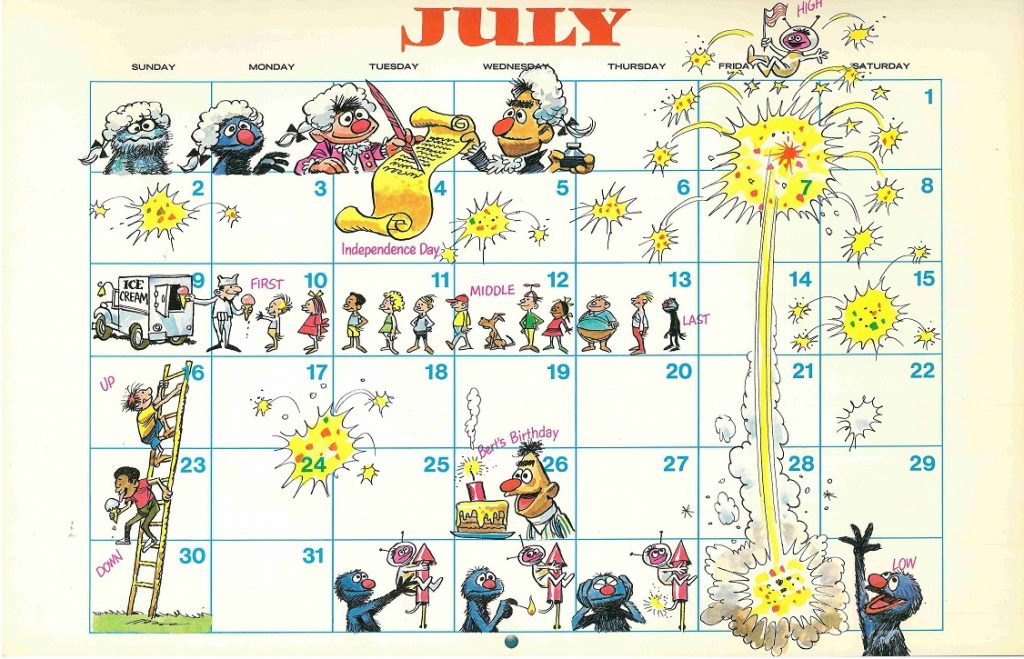 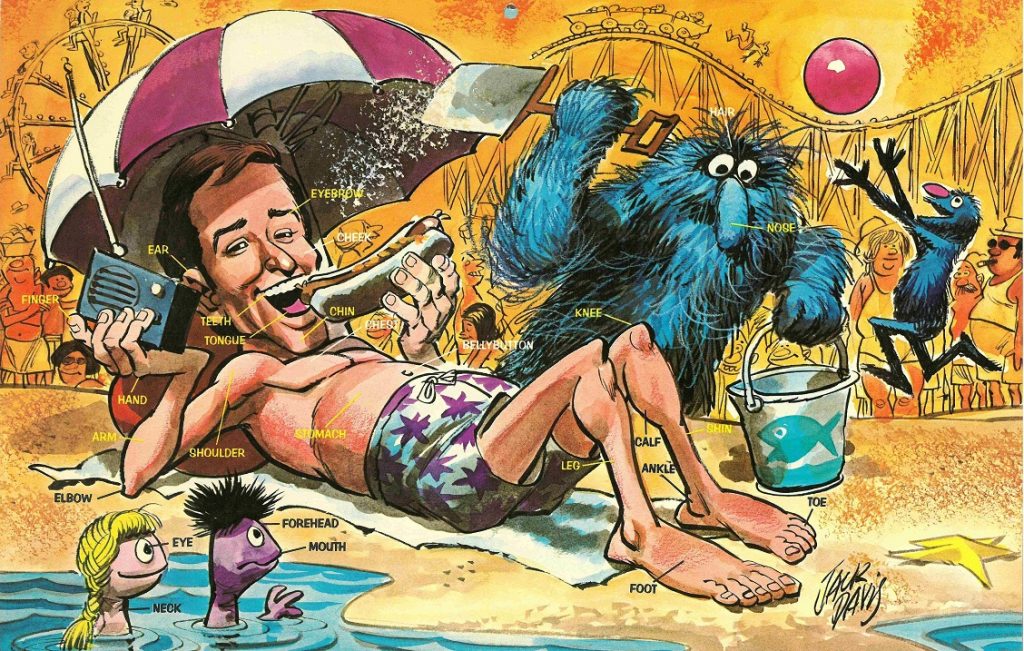 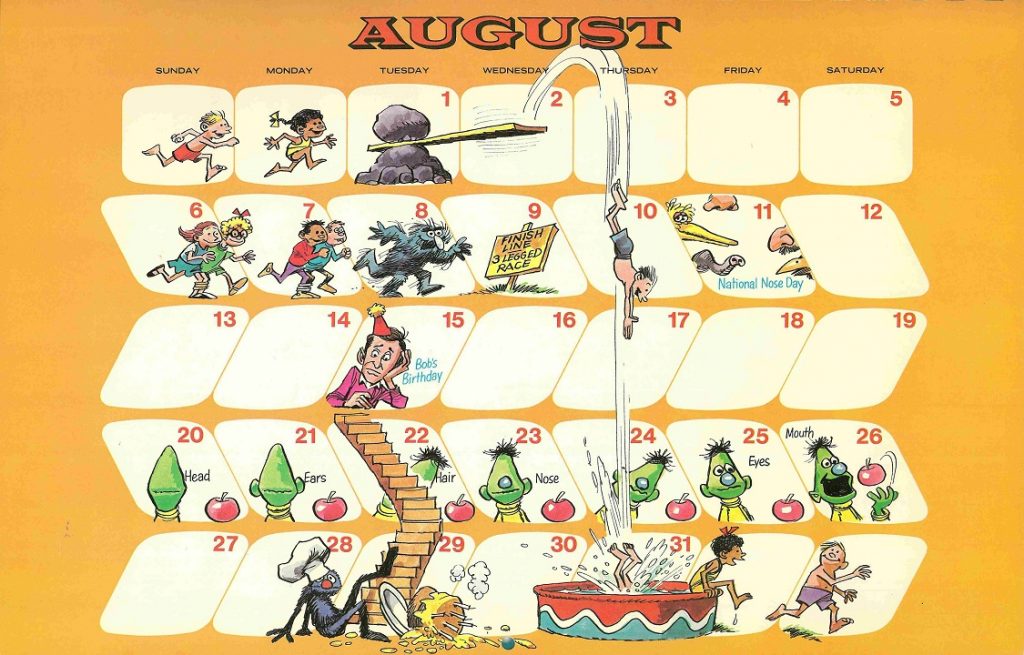 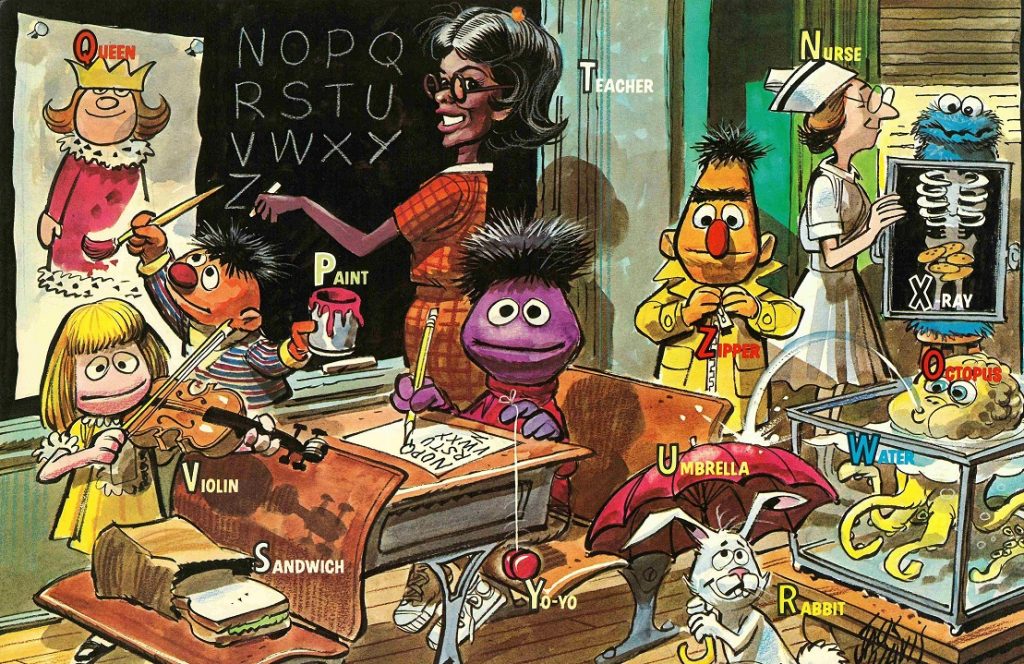 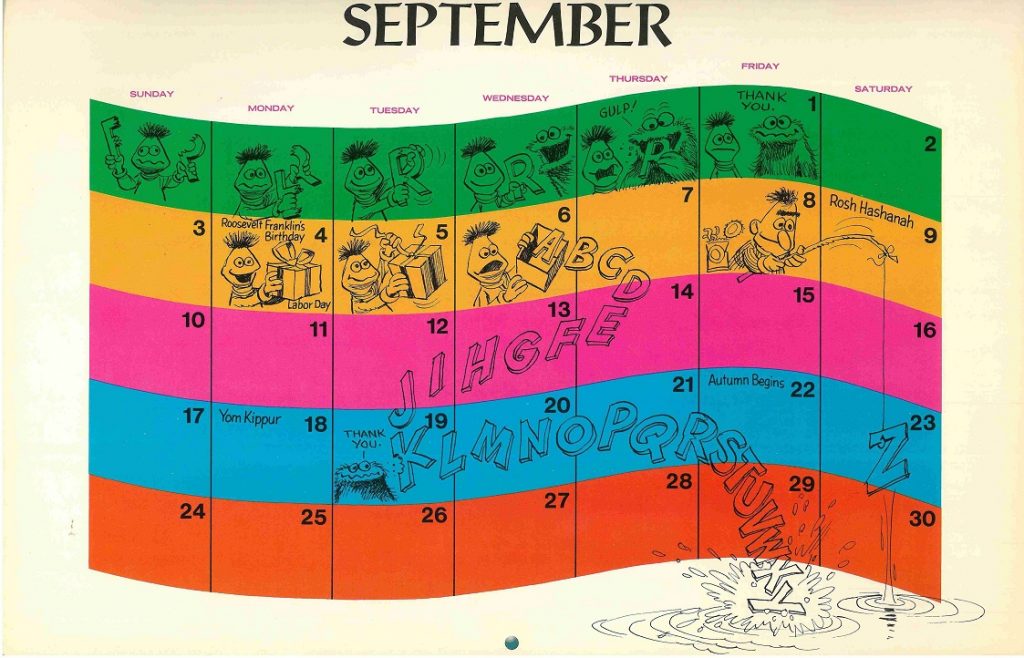 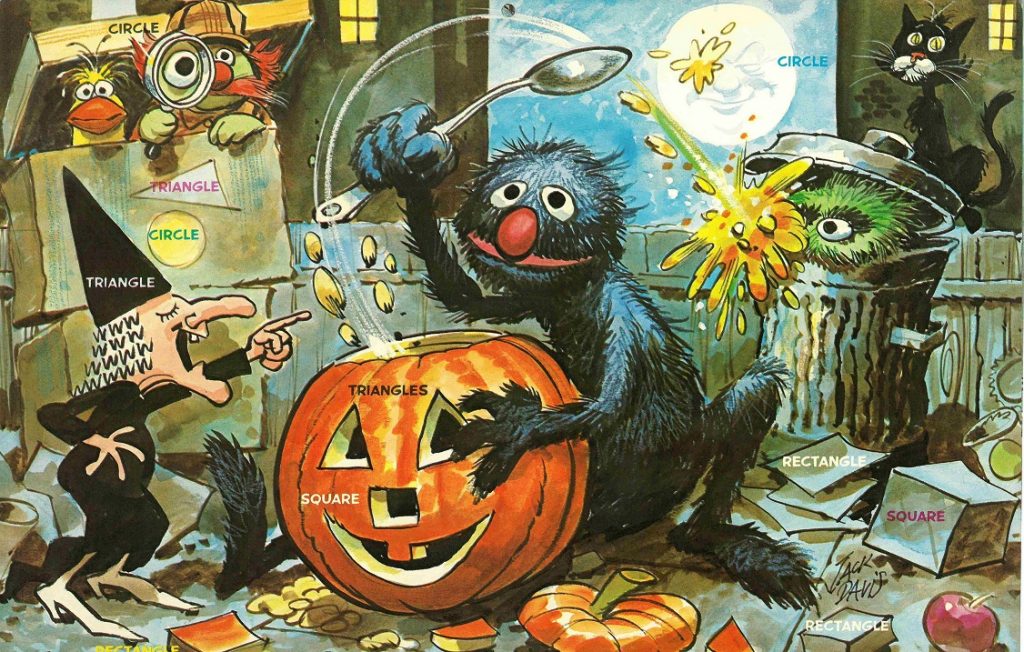 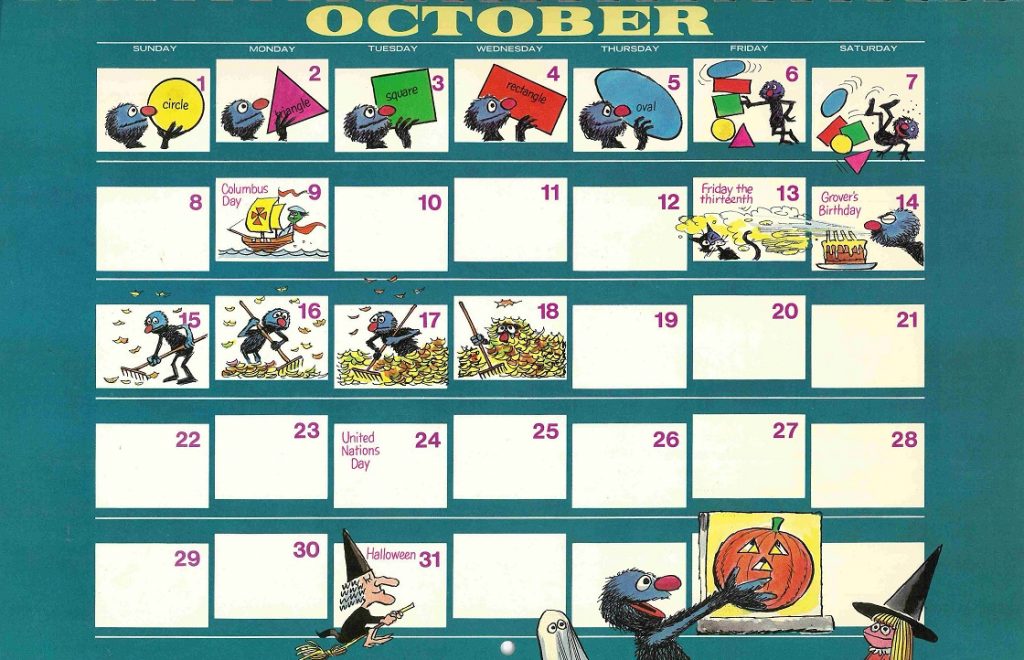 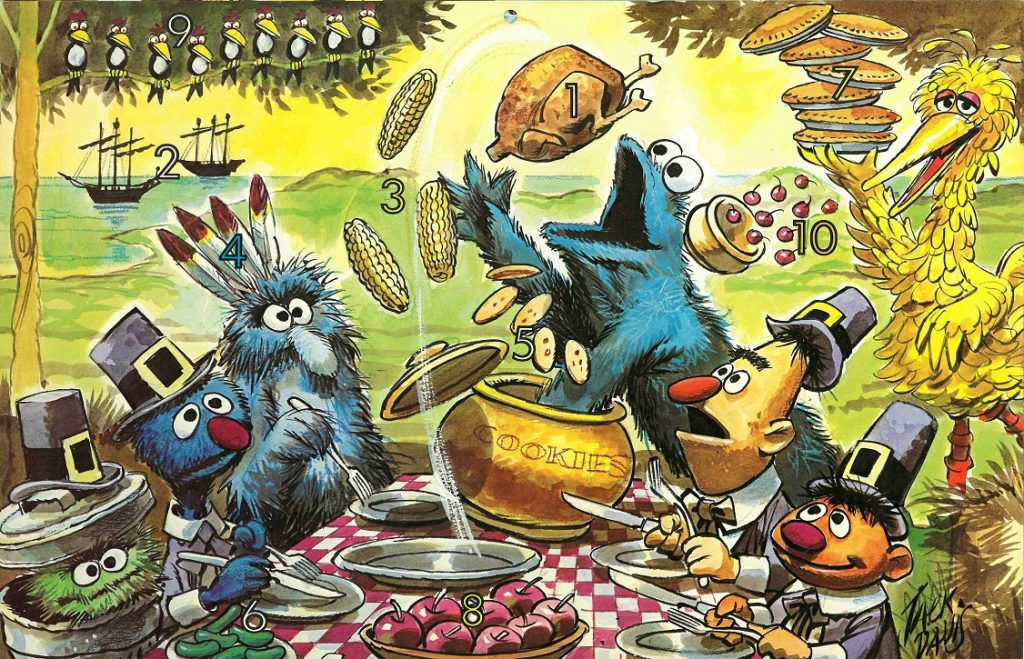 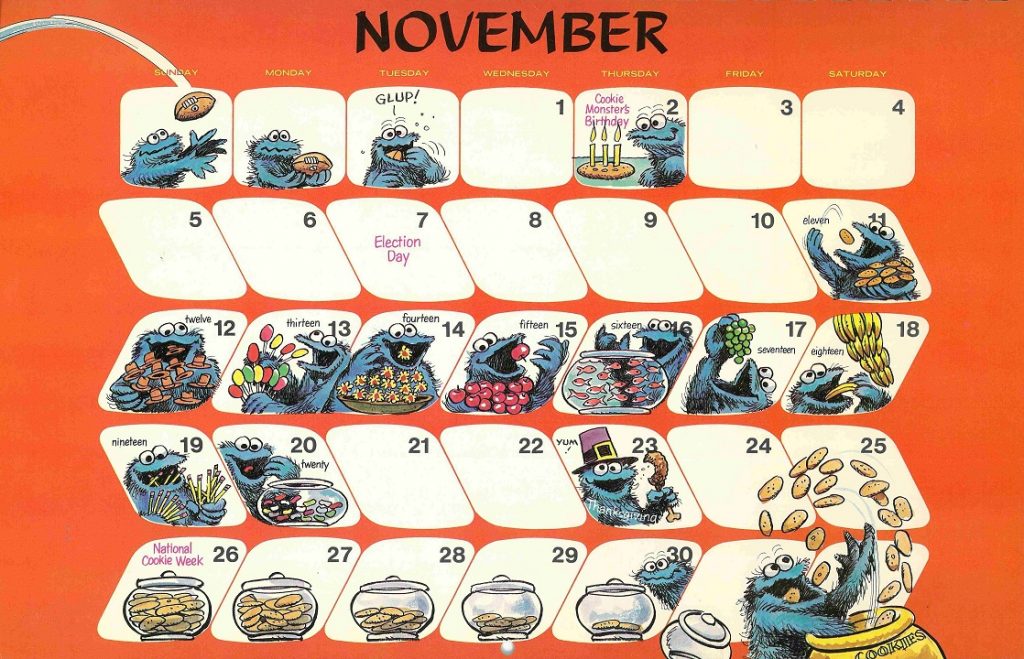 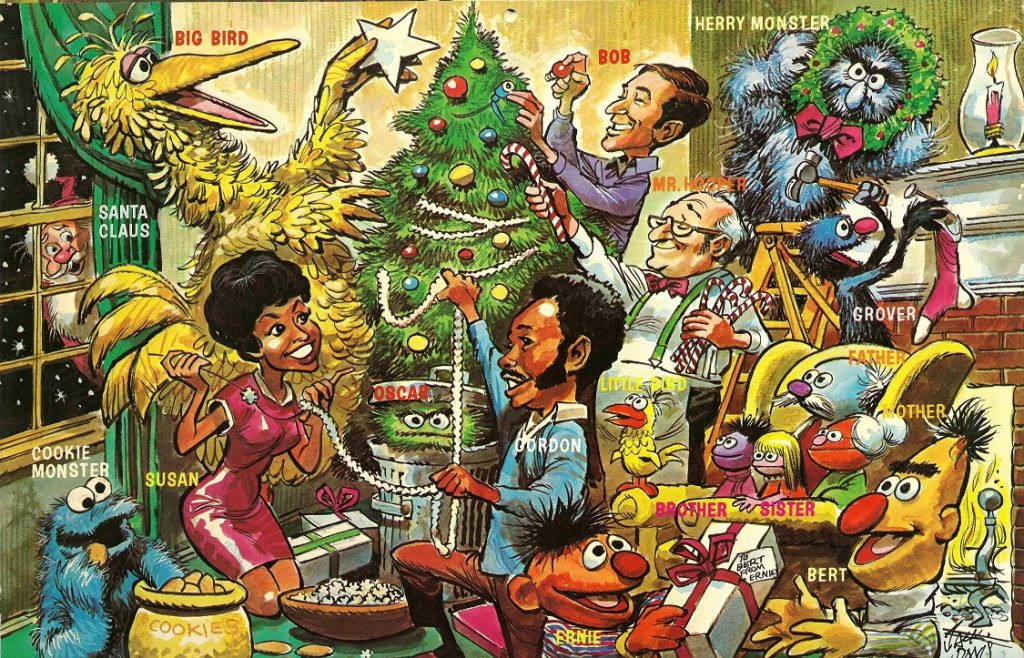 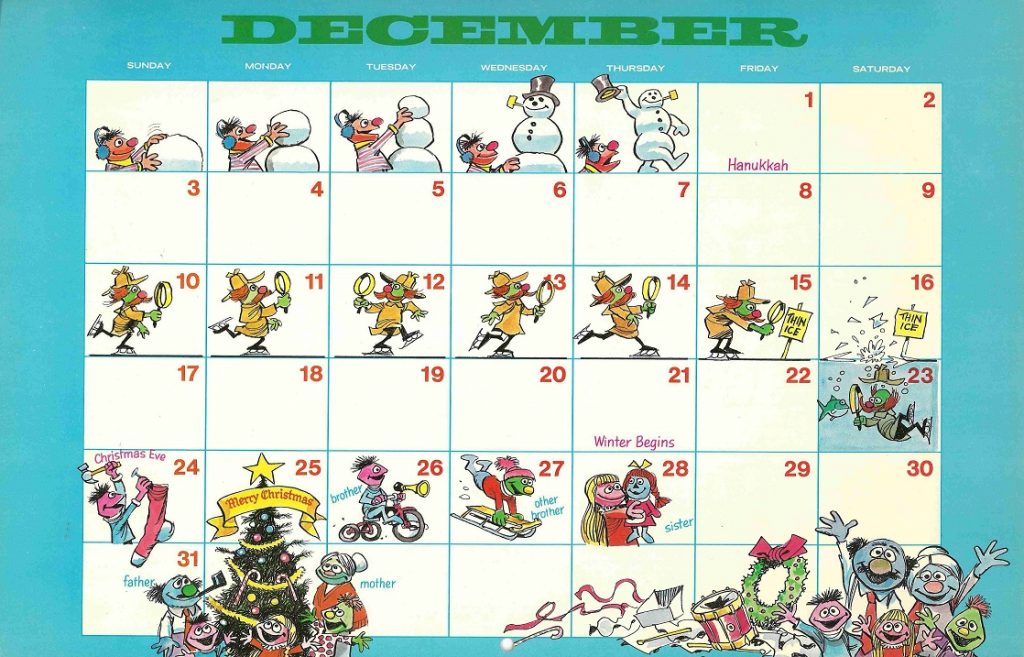 And thus, 1972 comes to a close.  I know, it’s super sad, but don’t worry.  We have a lot more vintage Sesame calendars to show you, so stay tuned!

Click here to celebrate the holidays (yes, all of them) with the ToughPigs forum!