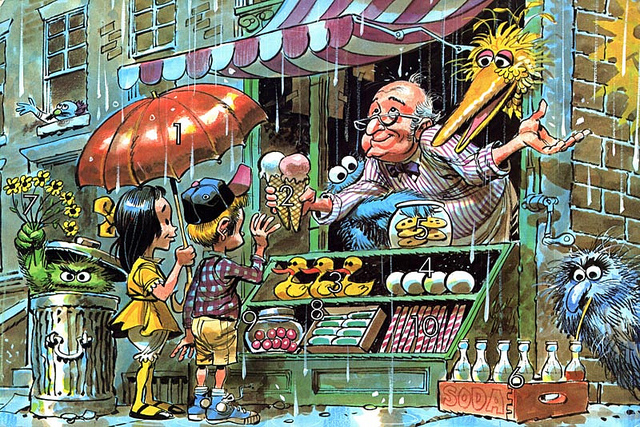 Various sources, including comics historian Mark Evanier, are reporting the death of prolific cartoonist Jack Davis at the age of 91.  Davis had a long, long career, and he’s probably best-known for the posters he created for various comedy movies and for his work on MAD magazine.  That MAD work includes “Reality Street,” a memorable parody of Sesame Street from 1971, in which the humans and Muppets of Sesame Street are frustrated in their attempts to educate by the annoyances of the real world, such as busy signals, artificial ingredients, and nuclear proliferation.

That wasn’t the first or last time Davis drew the Sesame characters, though.  He also worked on several official Sesame products over the years, including calendars, puzzles, and a poster book. (You can see lots of it on Muppet Wiki.)

When it comes to cartoon representations of Muppets, there’s often a thin line between an artist’s own expressive interpretation and a drawing that just doesn’t look like the character.  Jack Davis’s Sesame Street art includes some of my favorite examples of getting it right.  His Muppets have a pleasingly shaggy quality, and looking at them, you get the same sense that the characters are alive that you do when you watch them on the show.  And he was a great caricaturist, so his versions of humans were spot-on.  Look at this Christmas poster: 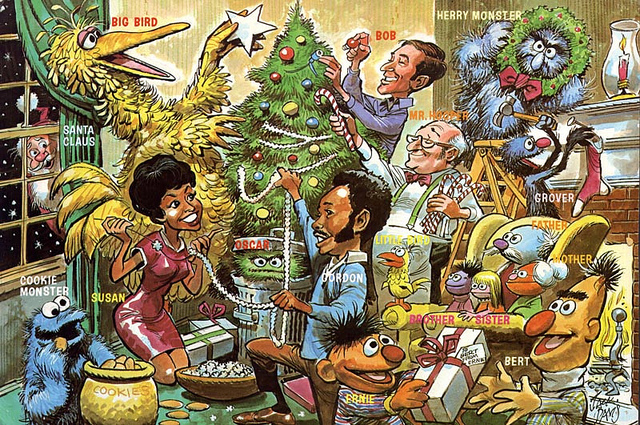 That scruffy, era-accurate Big Bird!  That just-slightly-weird-looking Bert!  And hey, that looks just like Santa Claus!  It’s hard to imagine seeing art like this on modern Sesame Street merchandise, but for the 1970s, Jack Davis’s style was just right. 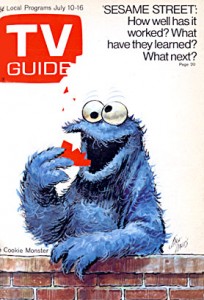