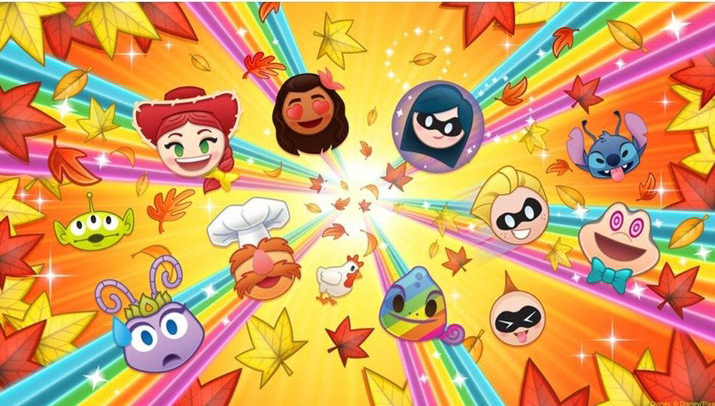 Two years ago, the addictive smartphone game Disney Emoji Blitz launched, and we were pleased to see that they included Kermit the Frog and Fozzie Bear as playable characters.  Several new Disney characters are added each month, and we’ve been waiting patiently for the next Muppet to grace our screens.  And that time has come.

The Swedish Chef joins the rest of the Disney Emoji Blitz crew, and you can win him by playing through this weekend’s event (Food Fight Face-Off, from September 7-9).

Once you’re able to play the game as the Chef, you’ll see that his special power involves slinging a chicken across the screen to clear emojis.

After you’ve earned your emojis, you’ll also be able to use them as actual emojis, inserting them into text messages and such.  It’s a great bonus for those of us who’ve been waiting for our own official Muppet emoji decks.

We’re excited to see another Muppet finally added to this game!  Here’s hoping there will be more to come! 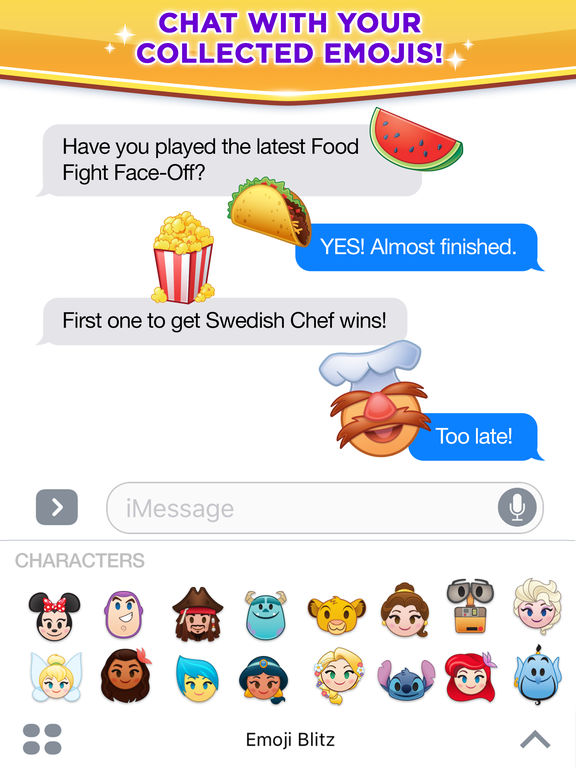 Click here to sling a chicken on the ToughPigs forum!

The Deets on Muppets Movie Adventures