The following is a sort of “character study” of the various Sesame Street Muppets over the past 50 years.  Not only was it used as a reference for other pieces, it was a fun tribute to Jim Henson and the team’s legacy of amazing characters.  For the most part, it took almost a full year to complete (when I had the time).

The initial inspiration was from the January/February 1994 issue of Sesame Street Magazine.  A questionnaire was included asking viewers of their favorite Sesame Street friend. Spot illustrations of 17 Muppets were provided next to check boxes. I took that idea and expanded it much further into 183 different drawings! (I am awestruck by the total number. I’m even more awestruck that I can actually name them all from memory alone. Should I start seeking asylum?)

It starts off with main characters, then secondary characters (including Muppet groups) based on their longevity on the show. Tertiary characters follow, including more obscure ones who were tried out in recurring parts but never quite caught on.  Others seemed to appear more frequently off the show, such as the Busby Twins or Granny Fanny Nesselrode. Rounding out the groups are the more recent Muppets added in the past ten or so years.

I encourage you to test your memory and see how many you can name.  (I’ve provided a “cheat sheet” for those who need help, or for those who don’t care to play.)  The drawings might make a nice desktop or pattern as well.  Enjoy! 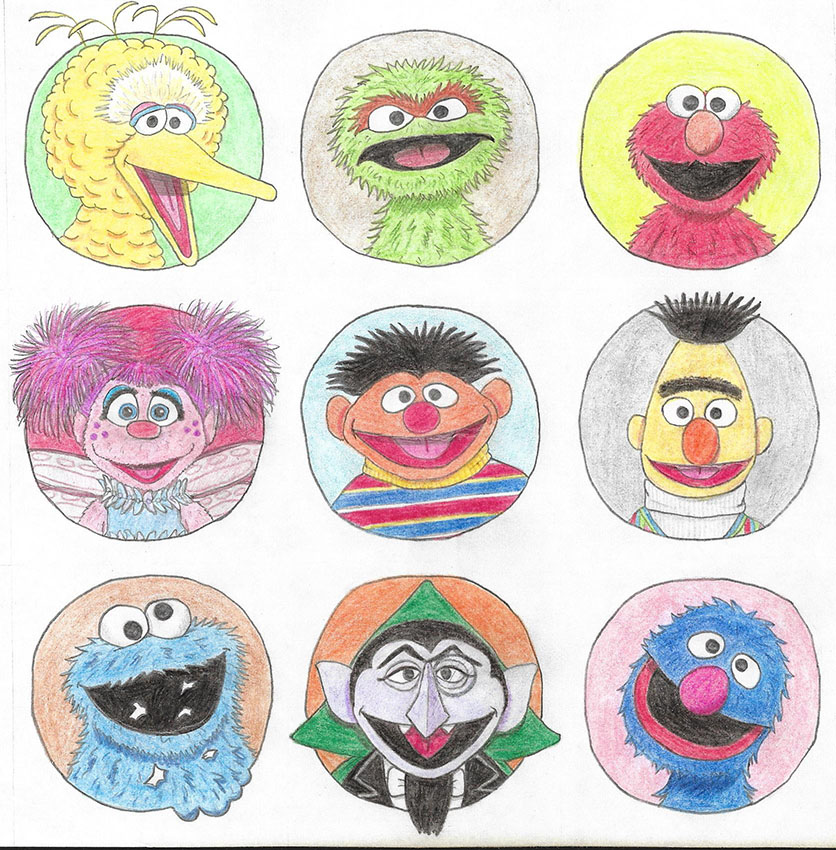 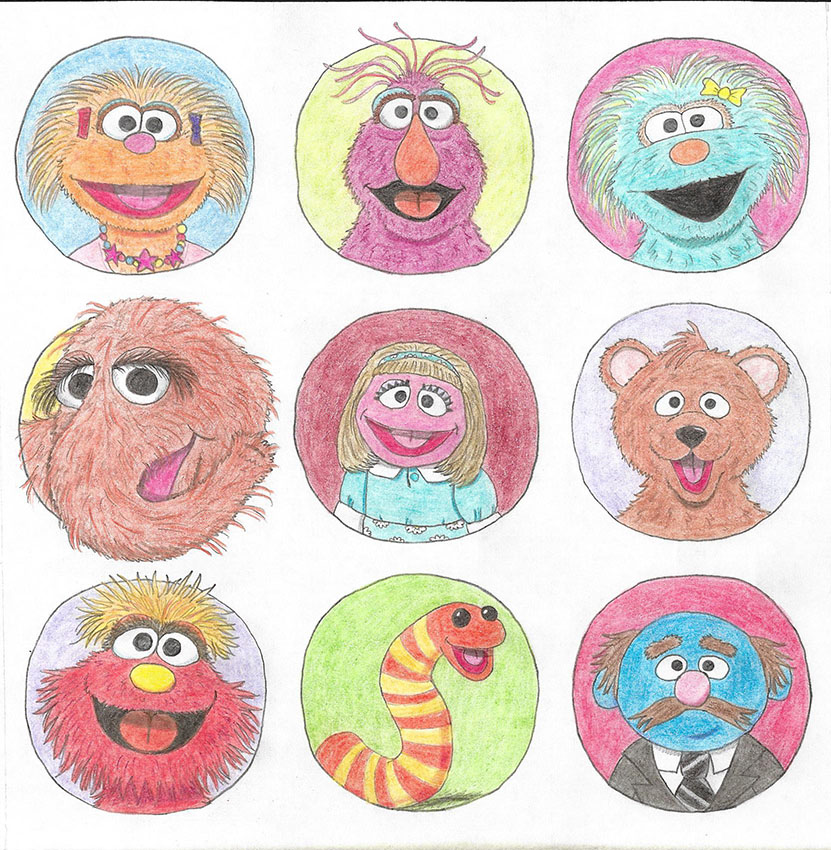 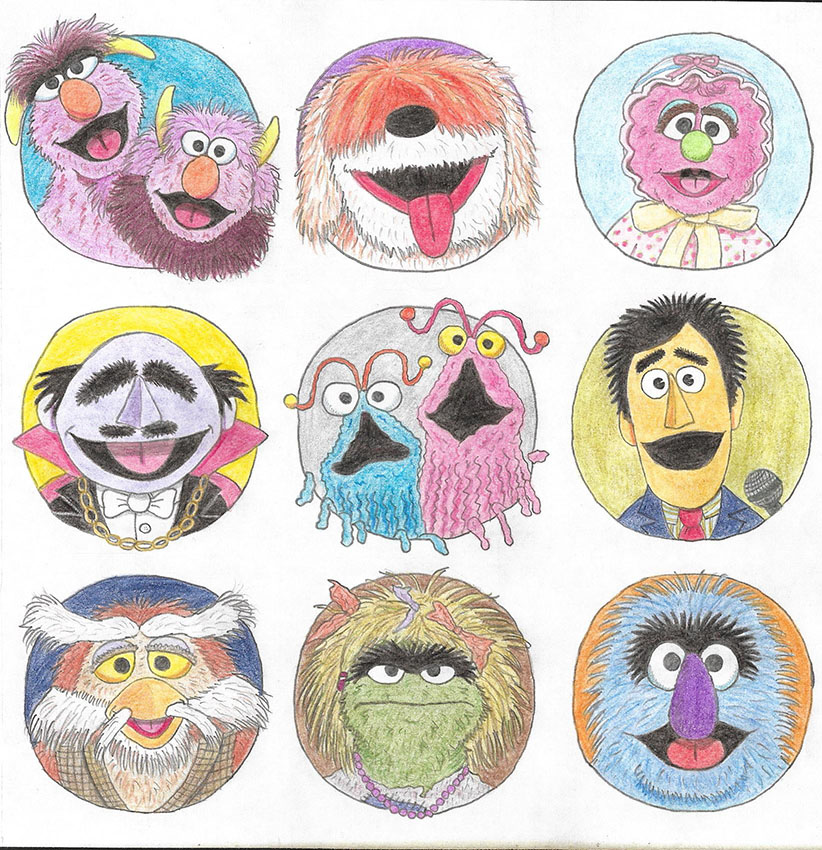 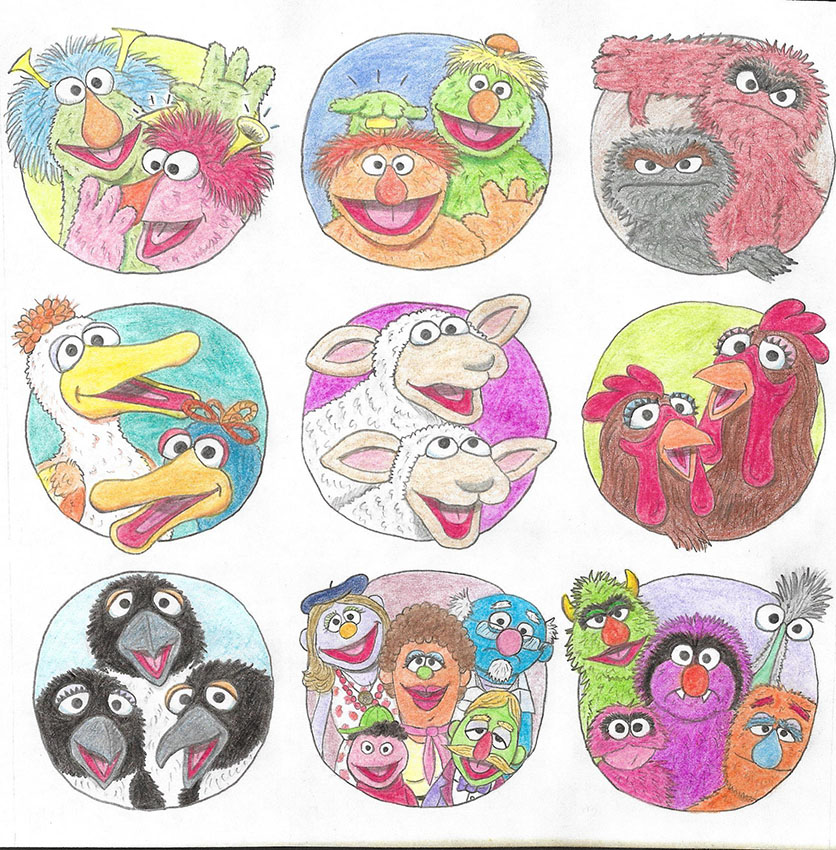 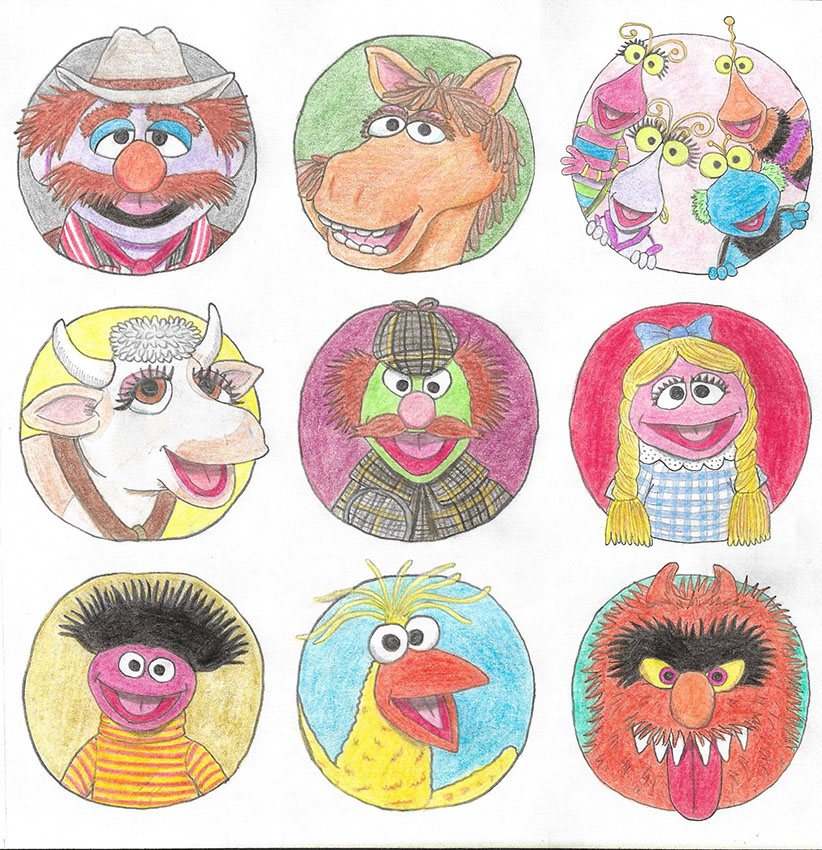 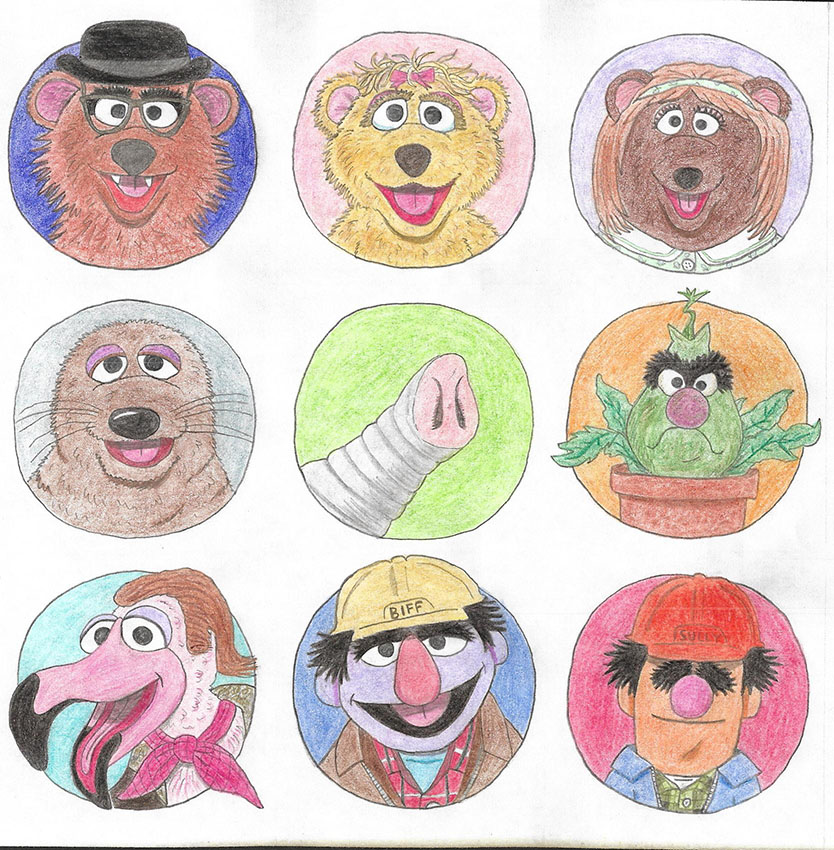 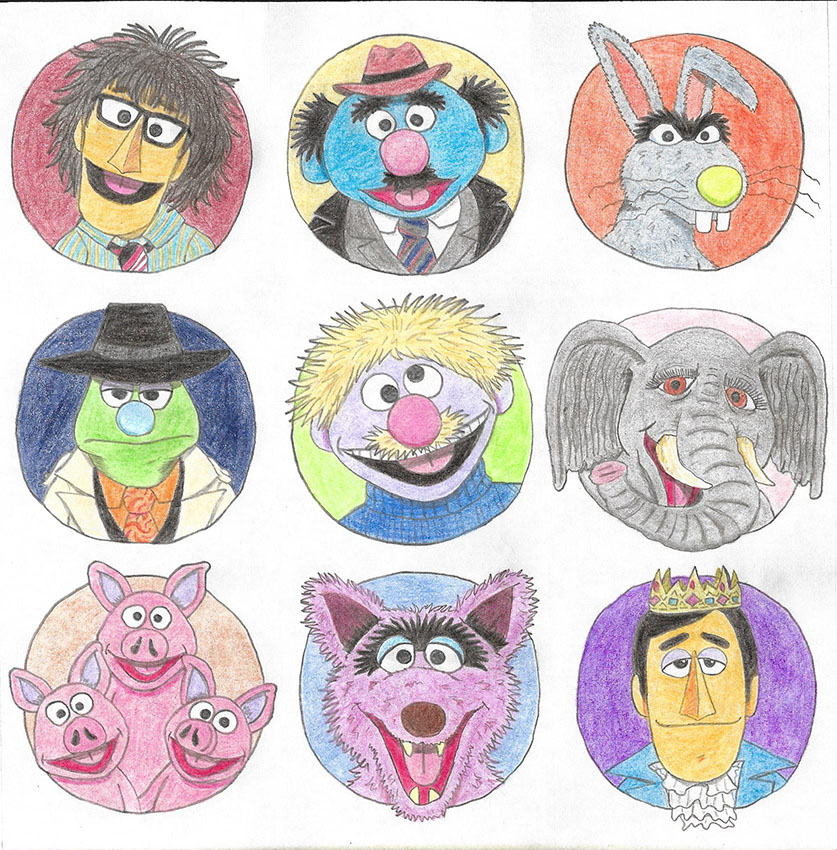 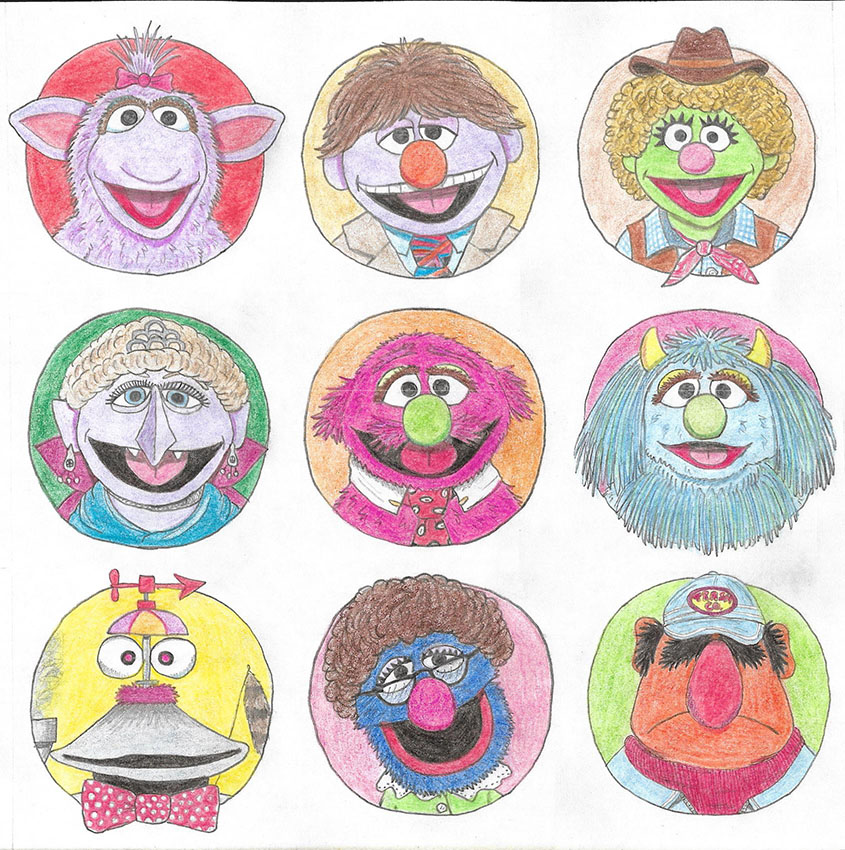 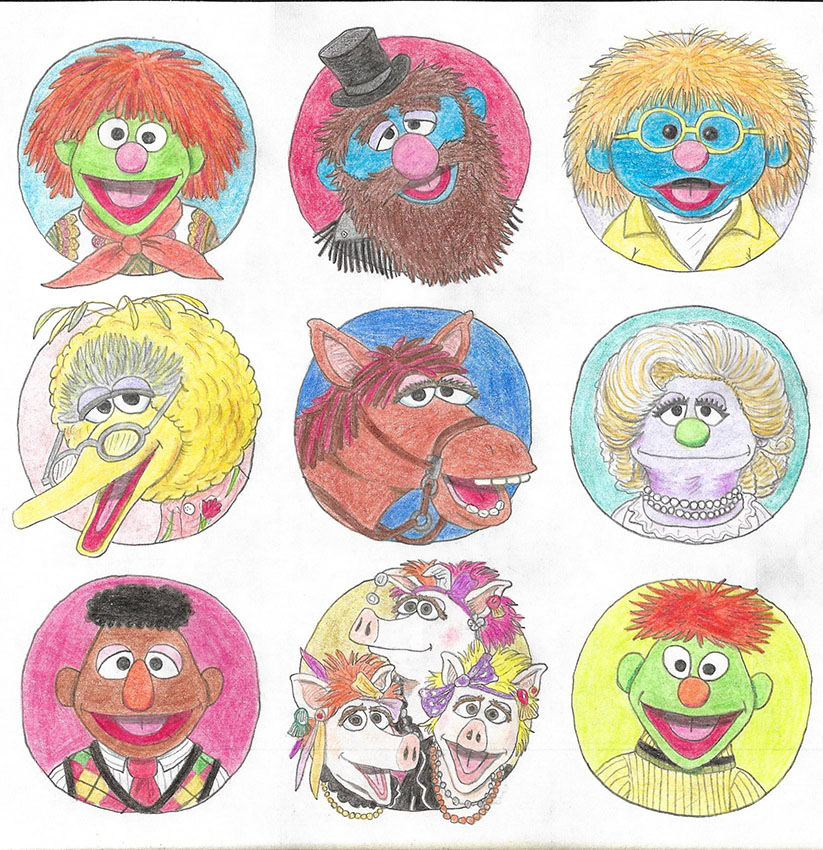 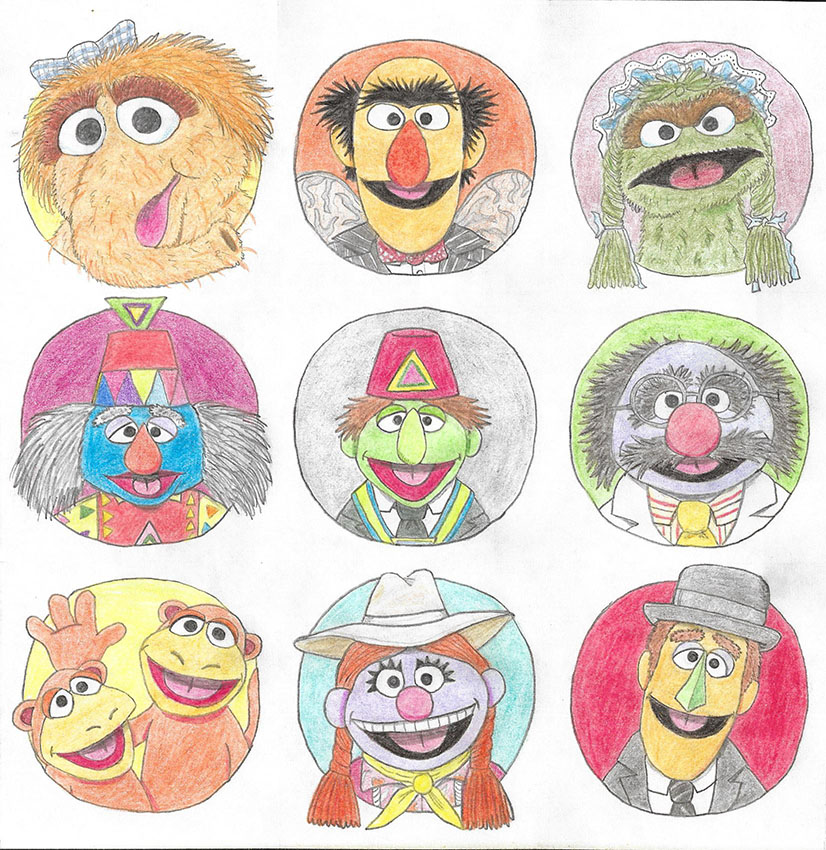 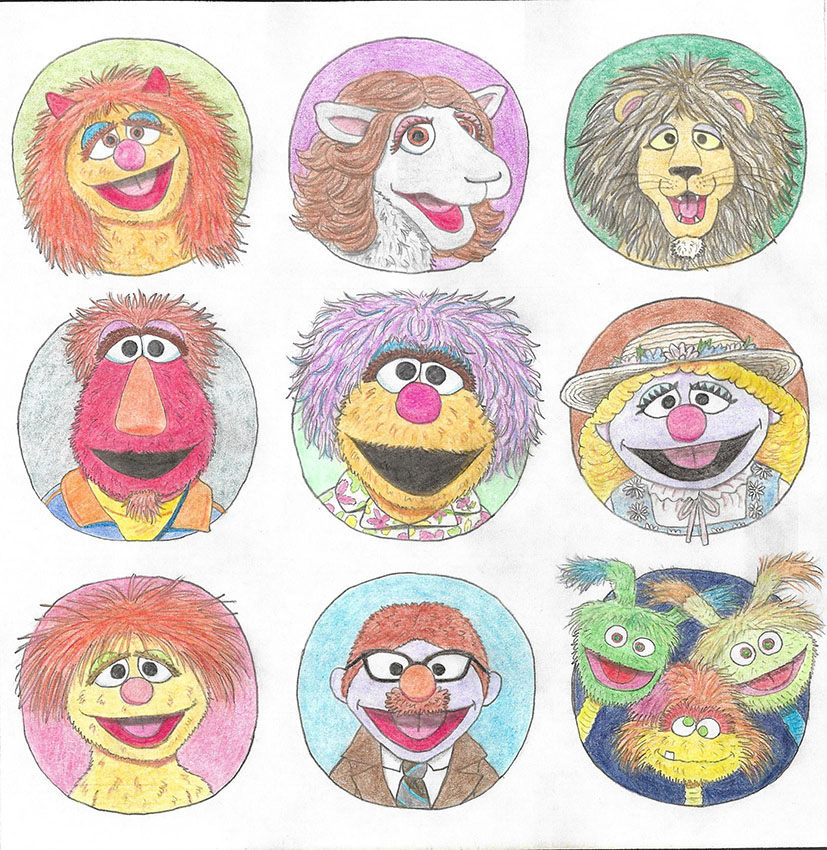 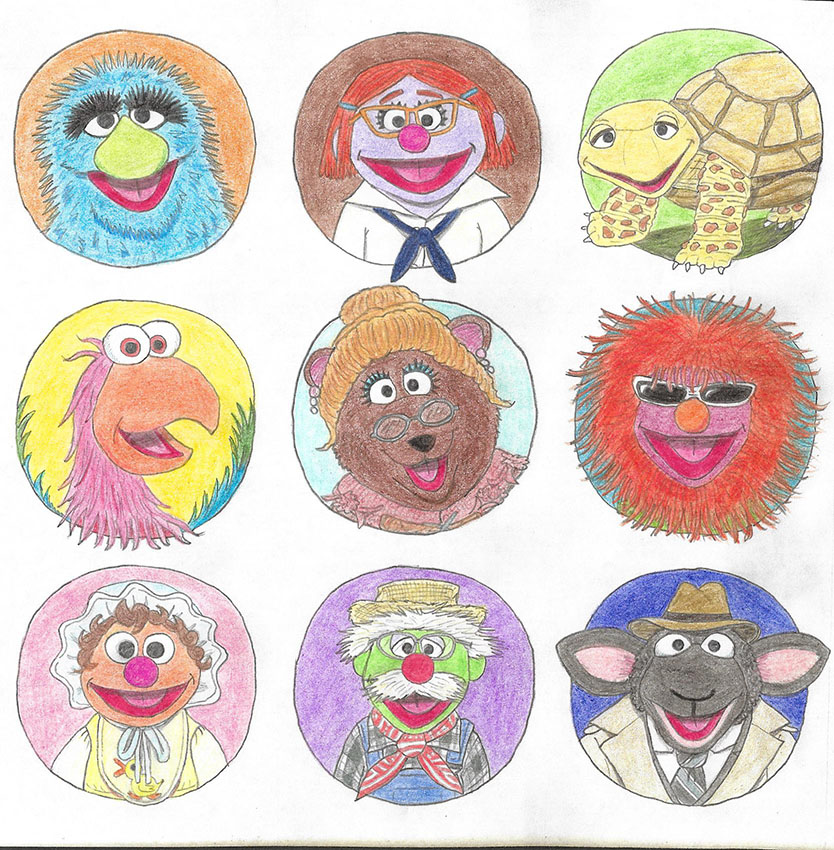 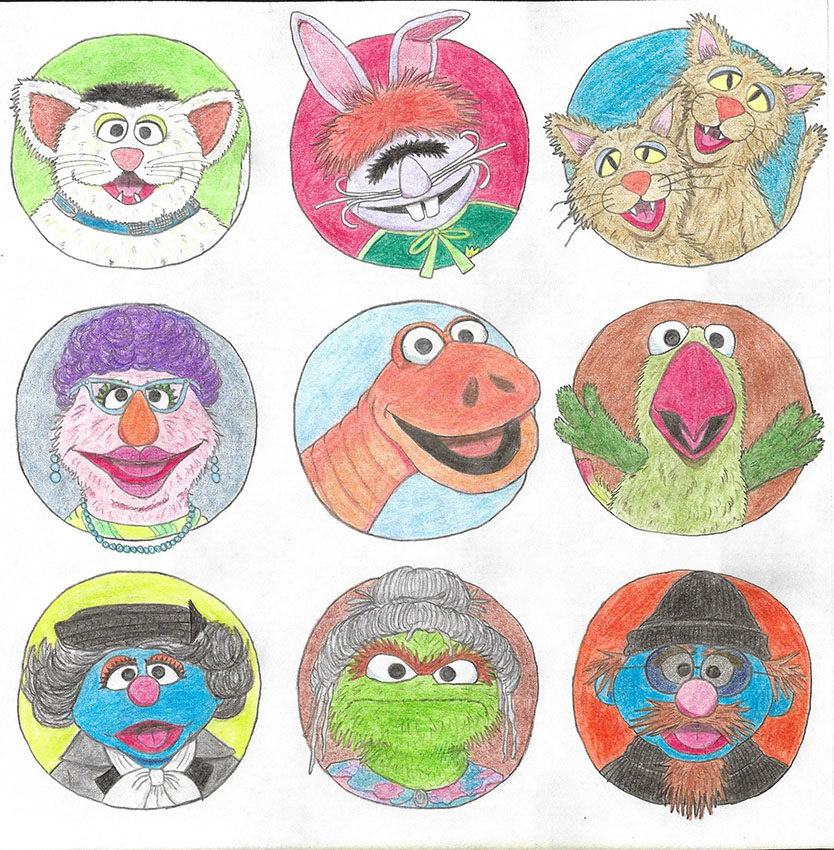 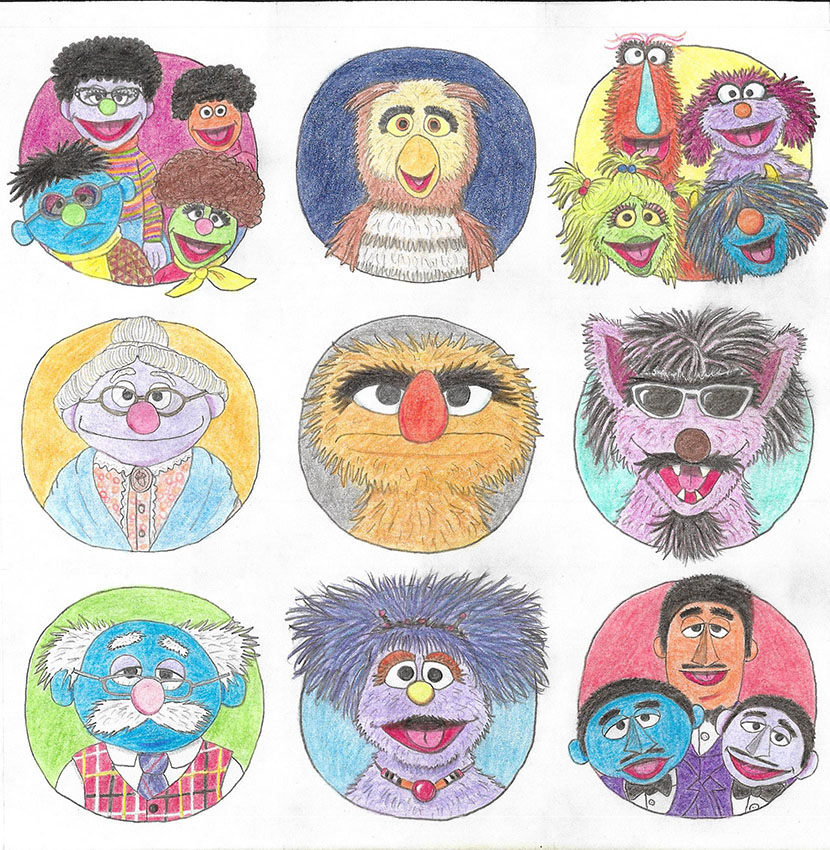 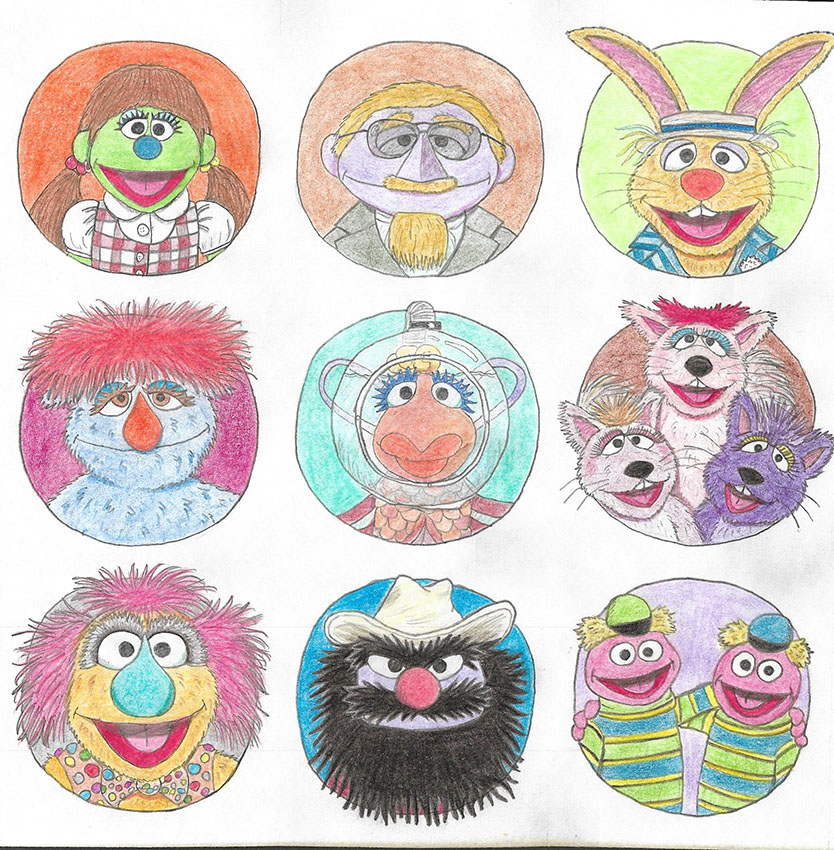 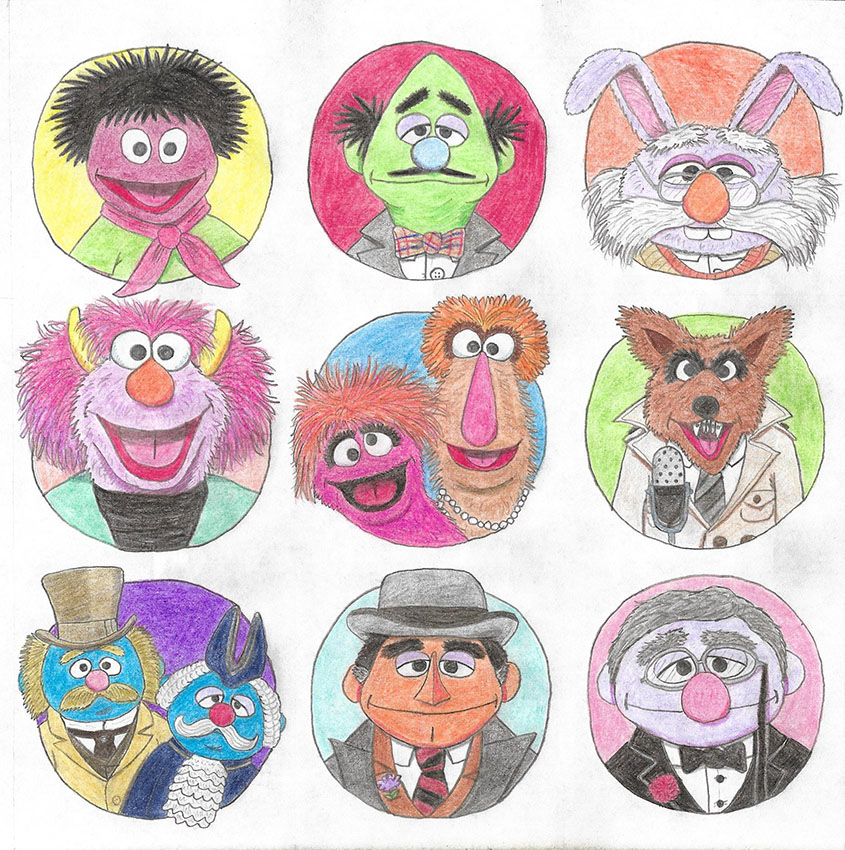 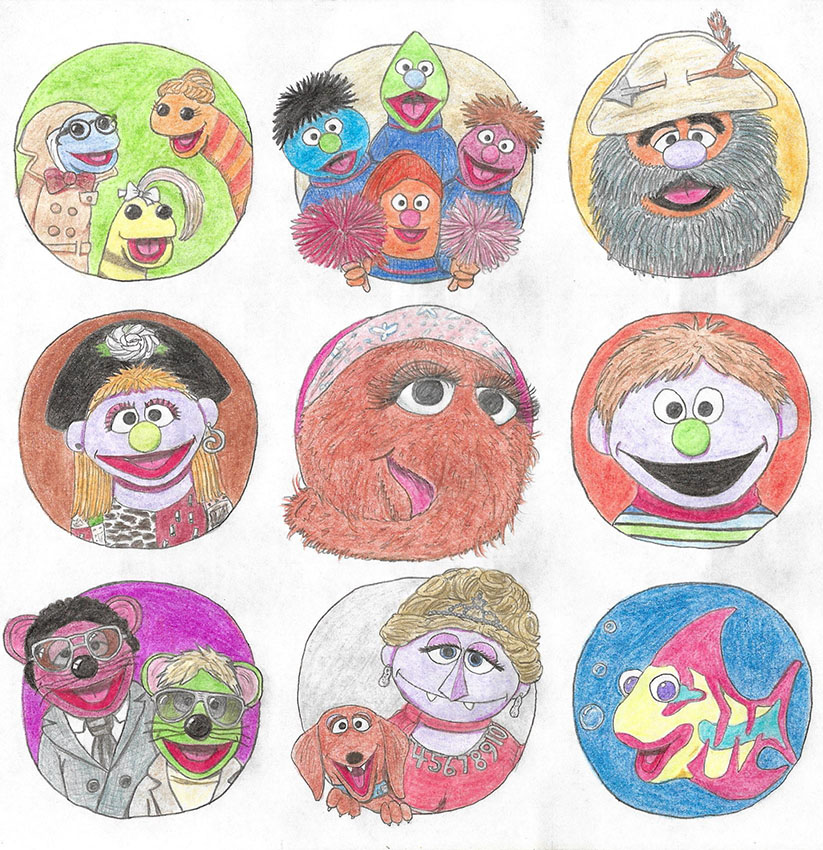 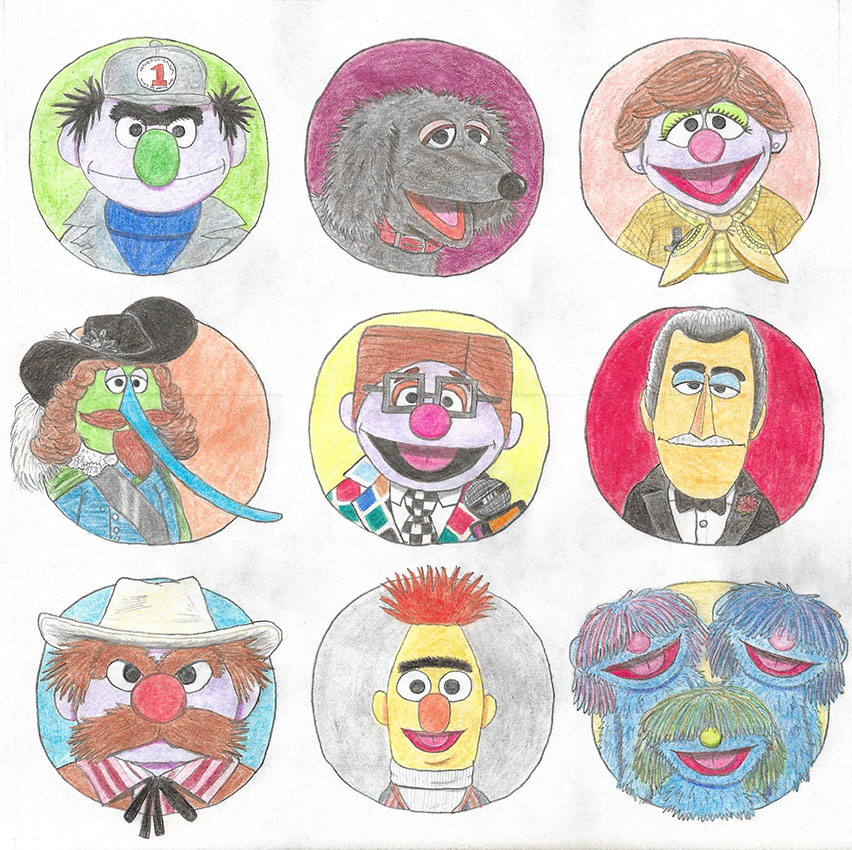 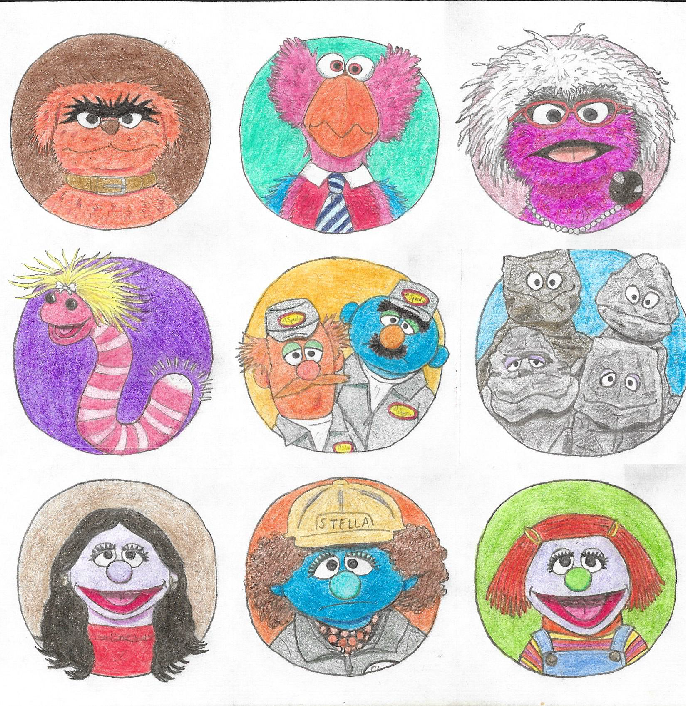 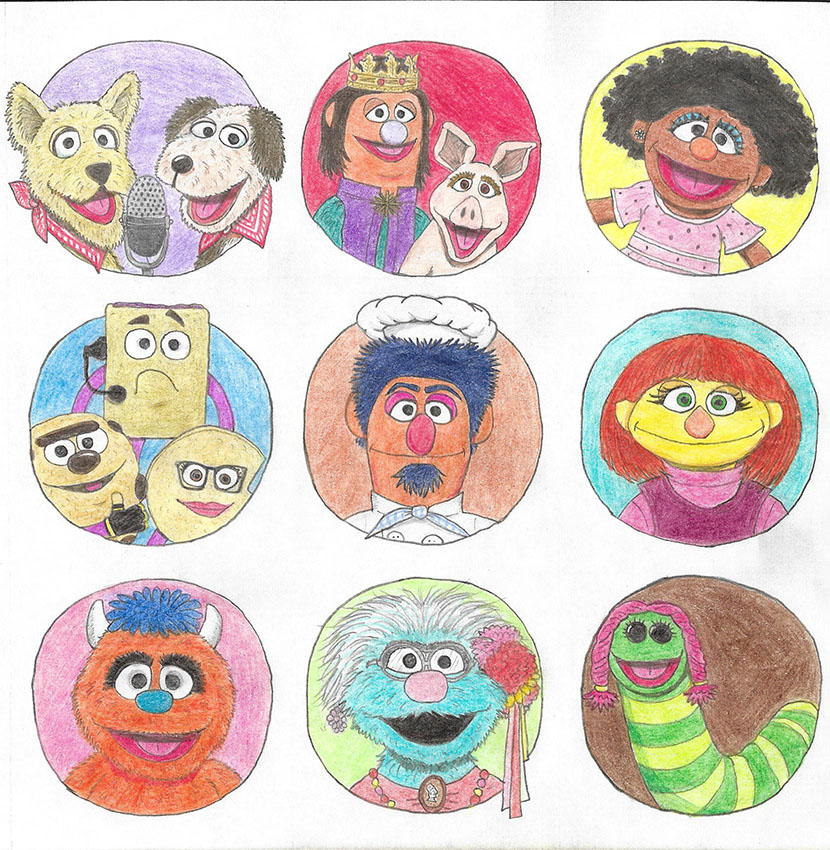 Did you recognize them all?  Which of your favorite Sesame Street characters are missing?

Thanks to Tony Whitaker for sharing your fantastic work!

Click here to do an impression of the Brady Bunch intro on the ToughPigs forum!