Here’s an interesting thing that happened to me recently: I got married.

Yep, it’s true!  Just a few weeks ago, I married delightful human and Tough Pigs contributor Staci Rosen.  When we planned our wedding, we knew we wanted it to reflect our Muppet fandom, so we used “Somebody’s Getting Married” and “She’ll Make Me Happy” for our processional, and “Life’s a Happy Song” for our recessional.  And the dance music during our reception included “Put Down the Duckie” and “As the World Falls Down.”

And then there were the Playbills.  Have you ever been to wedding before?  If not, I recommend you stop reading this and go to a wedding.  If so, you’ll know how when you walk into the reception you typically pass a table containing little cards with everyone’s names and which table they’ve been assigned to.  Most of the time, the tables have numbers.  You might find your name on a card and say, “Oh, okay, I’m at Table 5.”  But that’s really boring, isn’t it?  Where’s the fun in sitting at Table 5?

That’s why we decided to designate each of the tables at our reception not with a number, but with a Playbill featuring a Muppet parody of a major Broadway musical.  Staci and I sat down and brainstormed them all, and then I PhotoShopped them.  Sometimes I painstakingly chopped up the letters from the show’s title on the real Playbill to create the parody title… and sometimes I got lazy and just looked for a similar font.

Anyway, here they are.  Can you identify which show each one is a parody of? 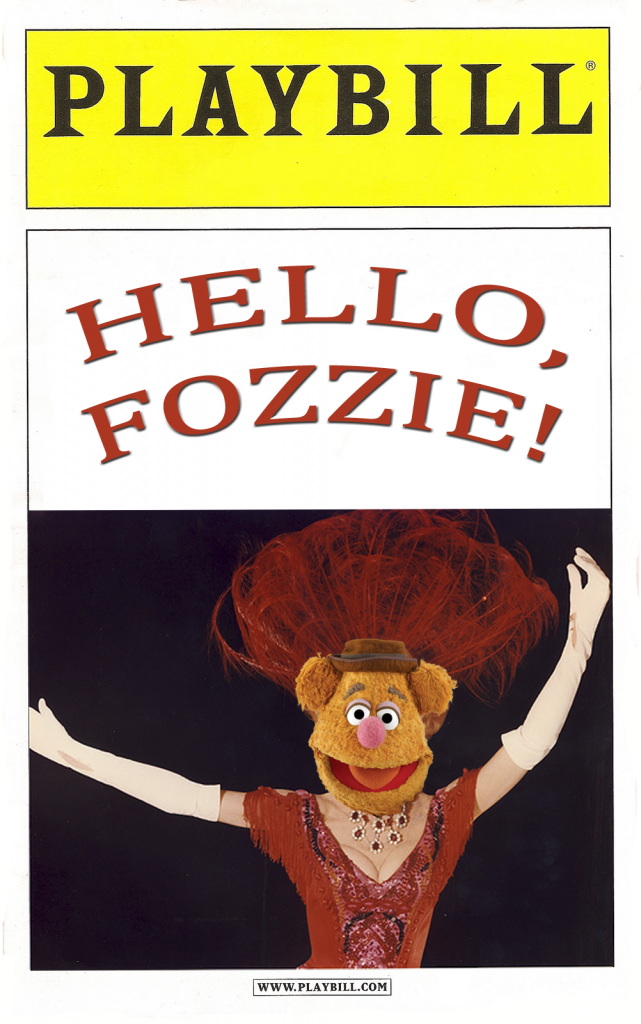 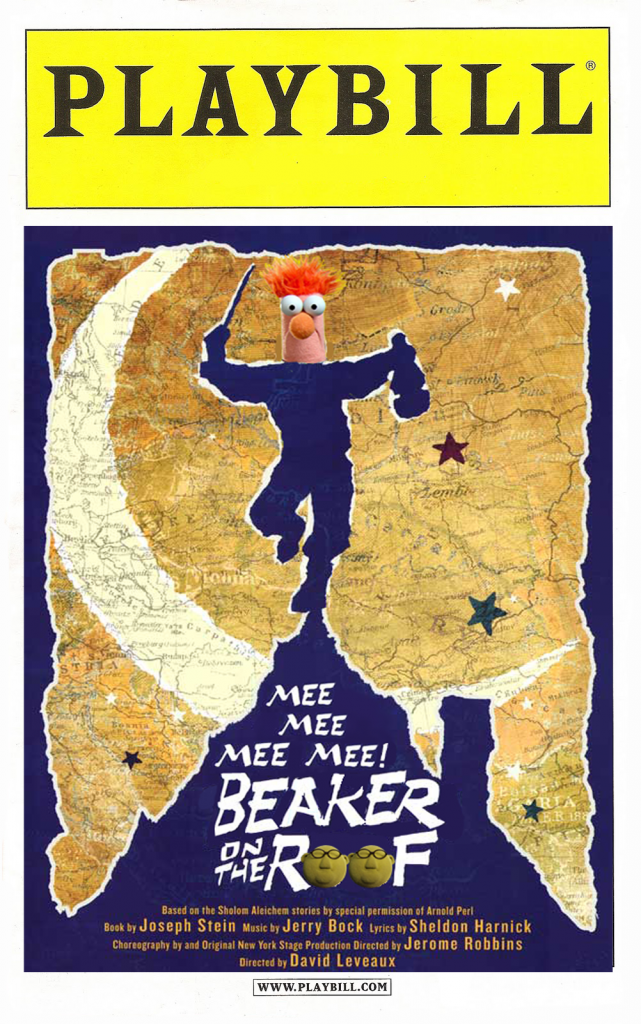 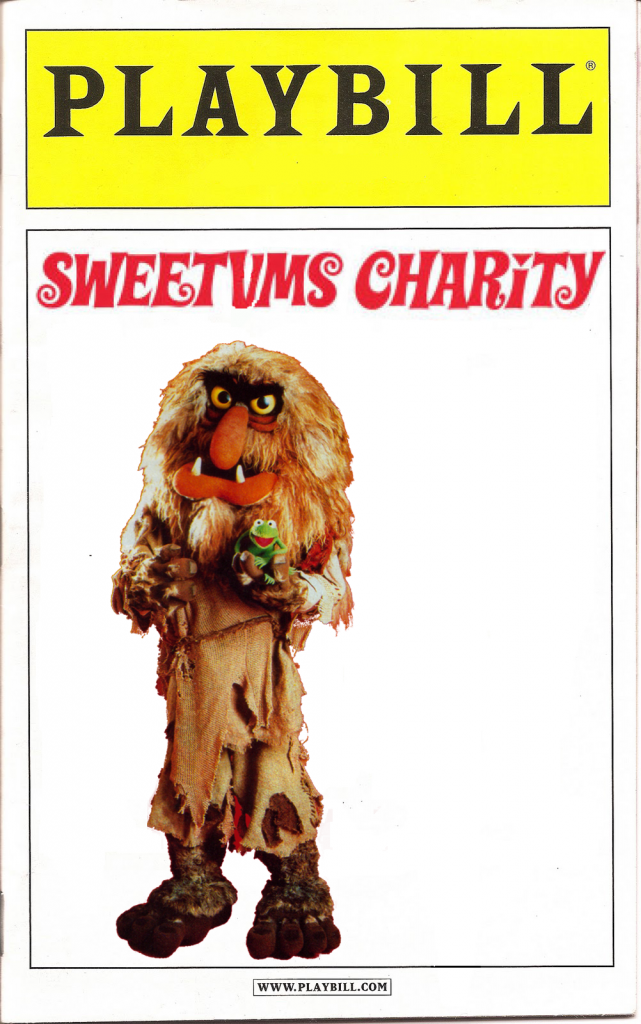 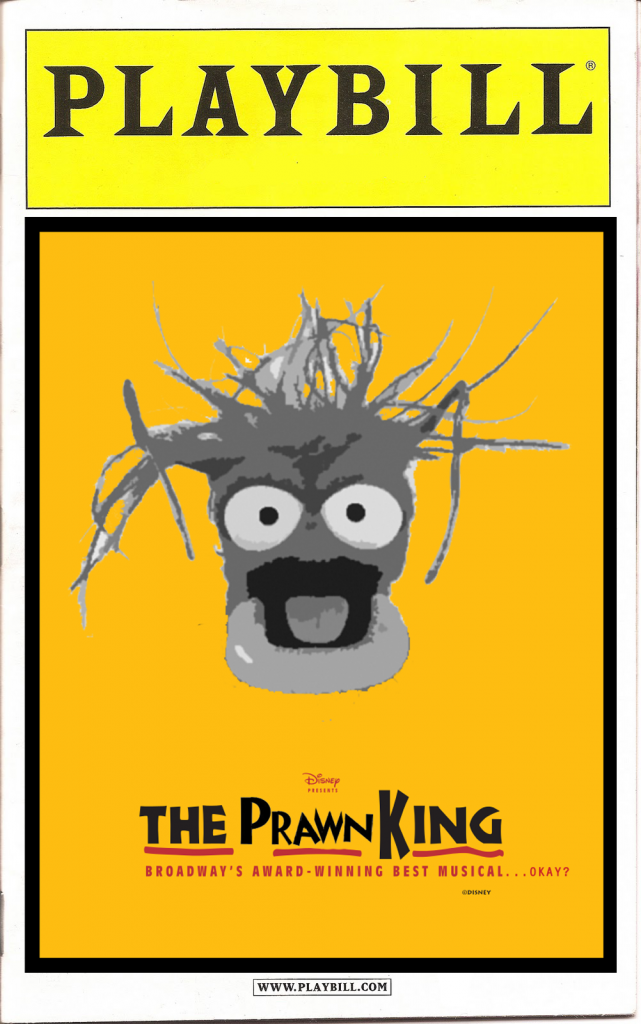 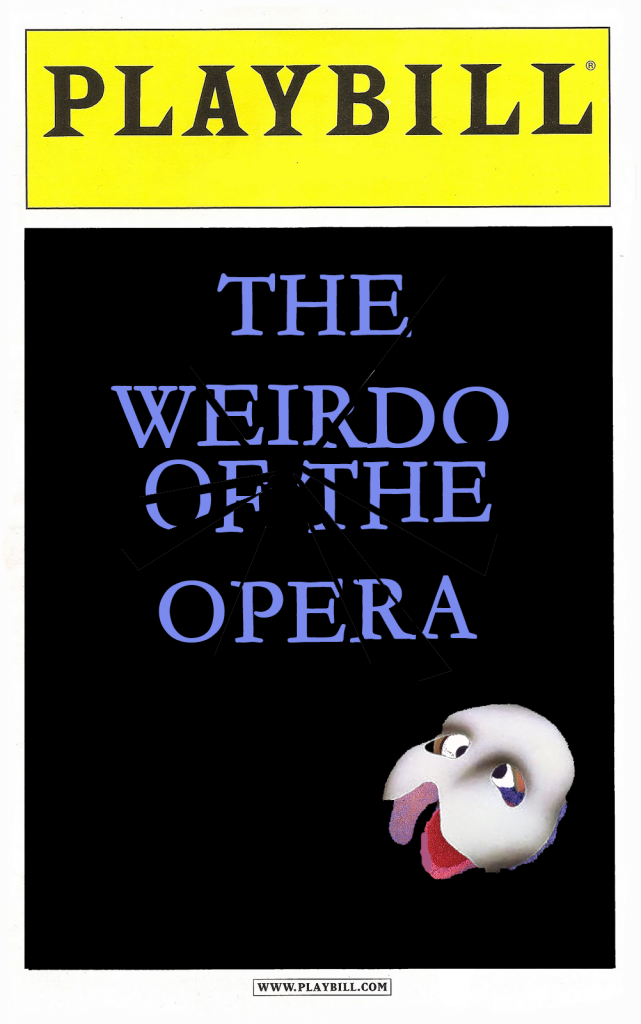 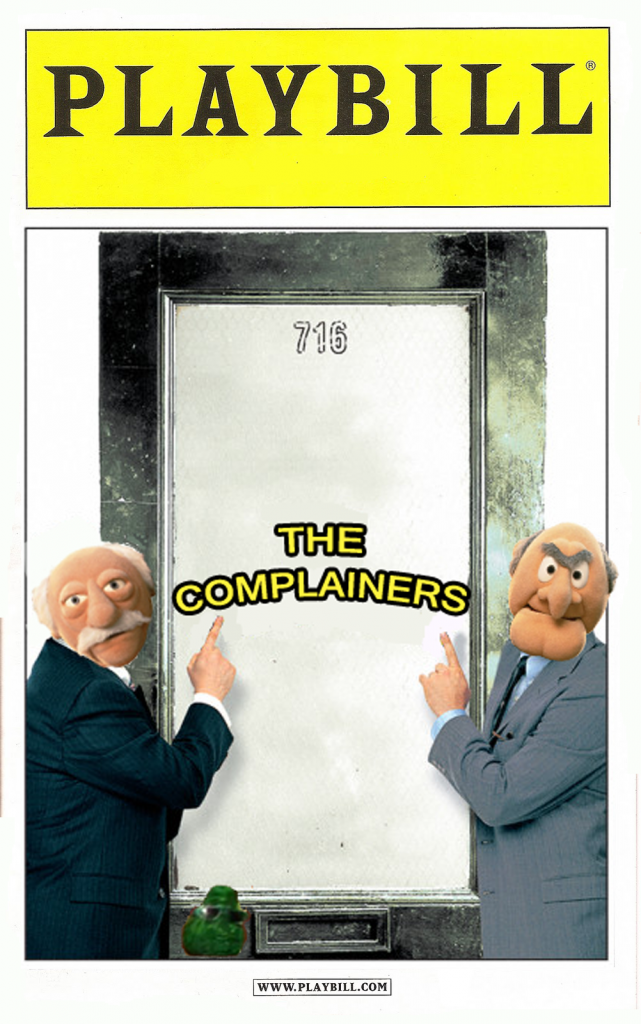 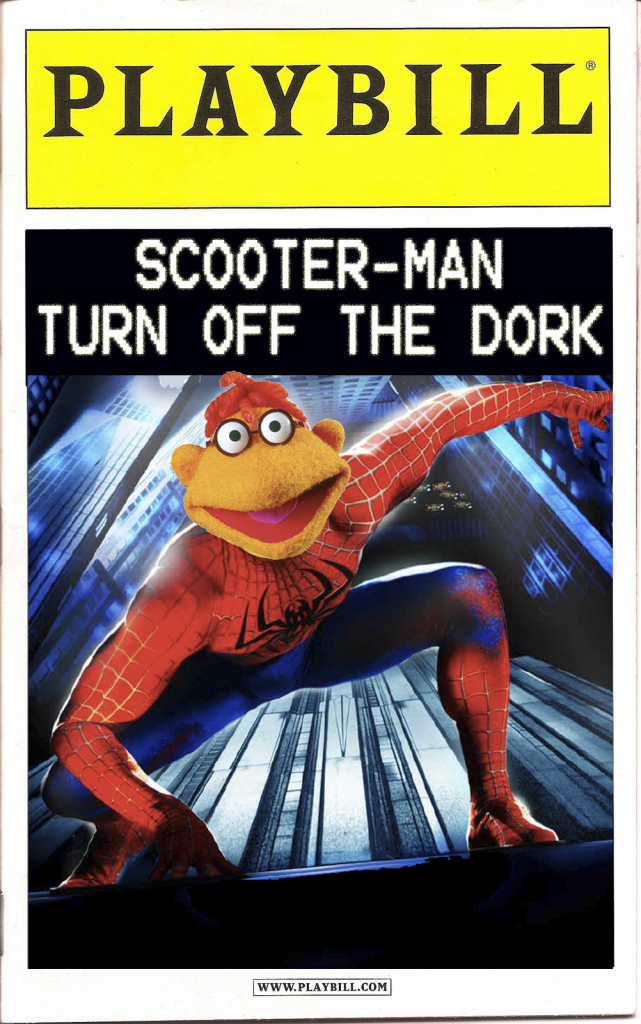 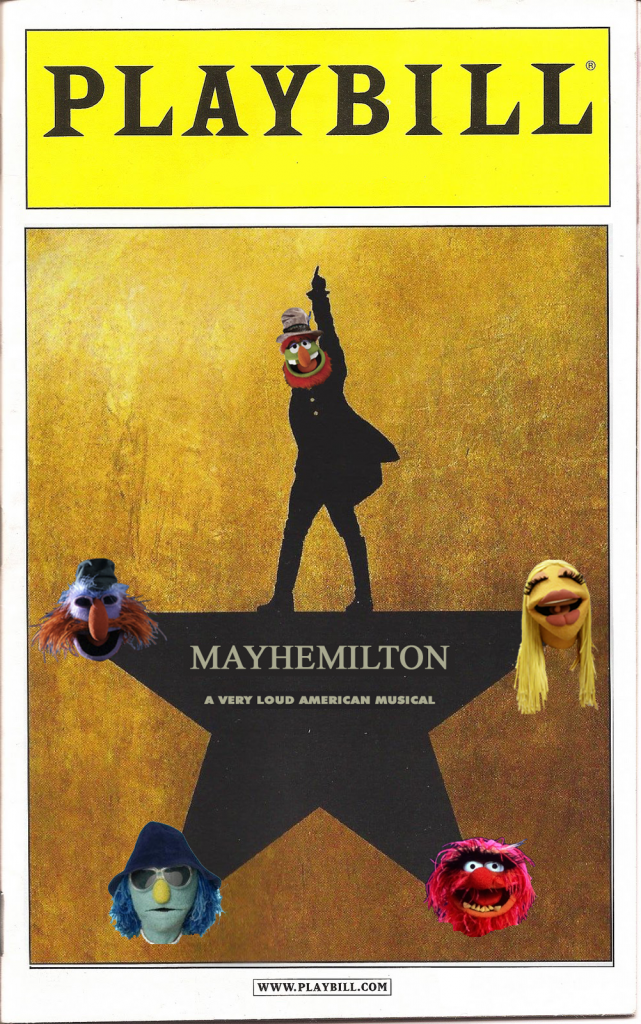 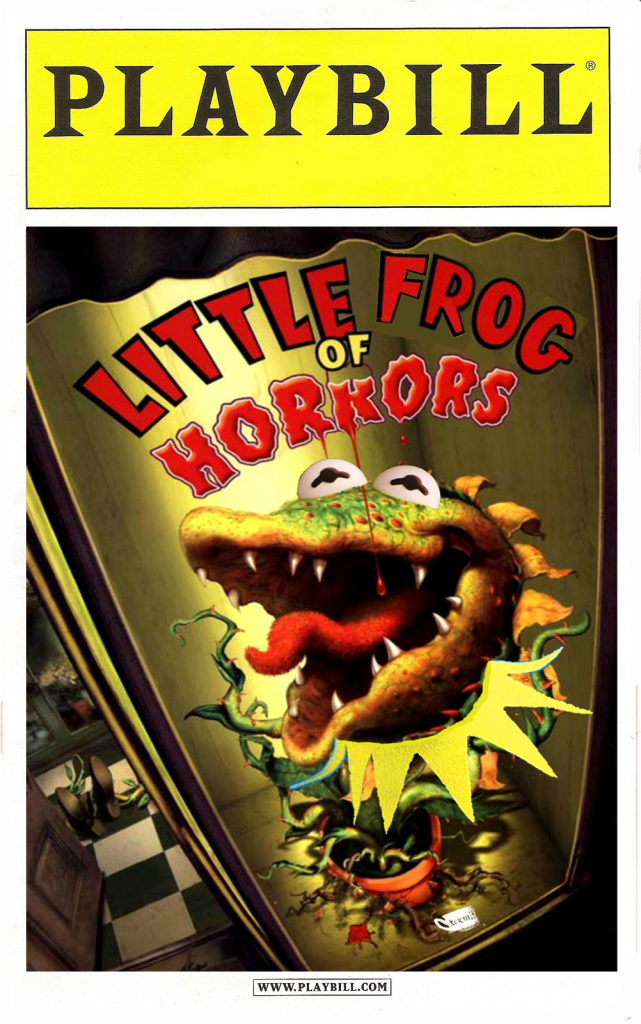 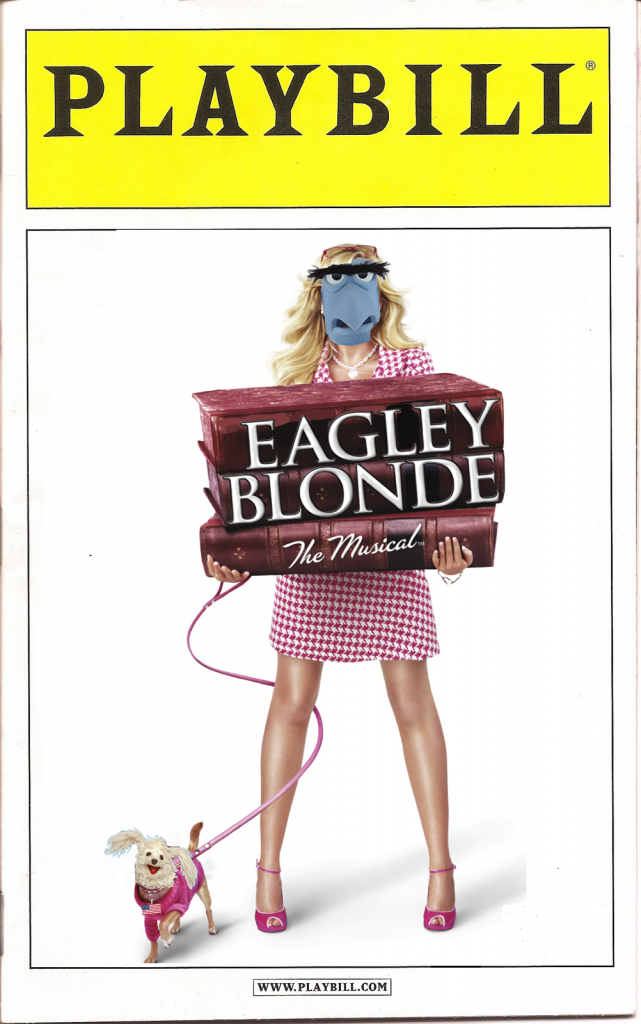 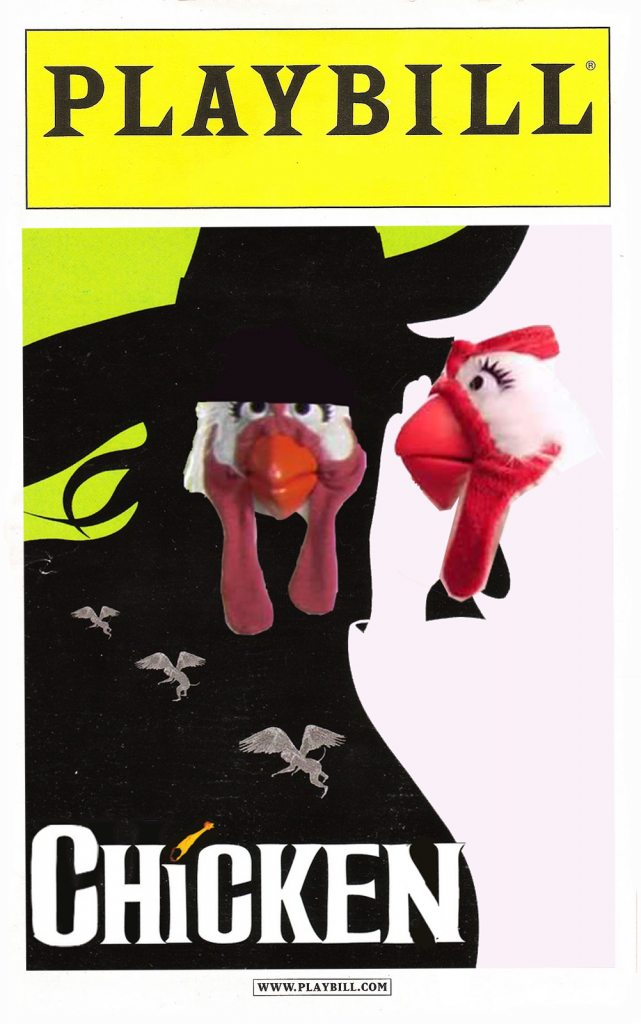 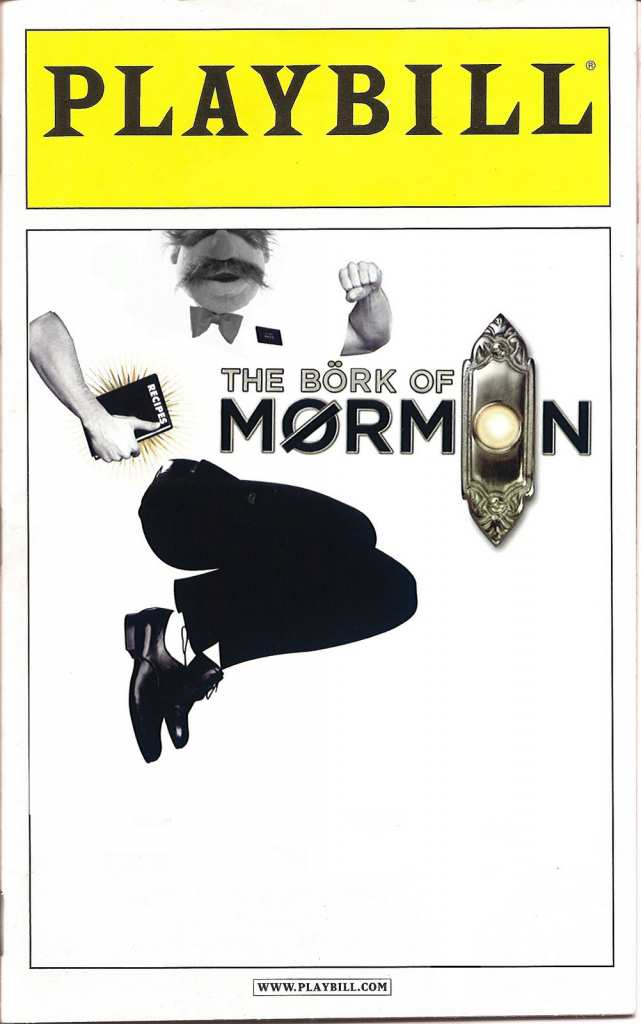 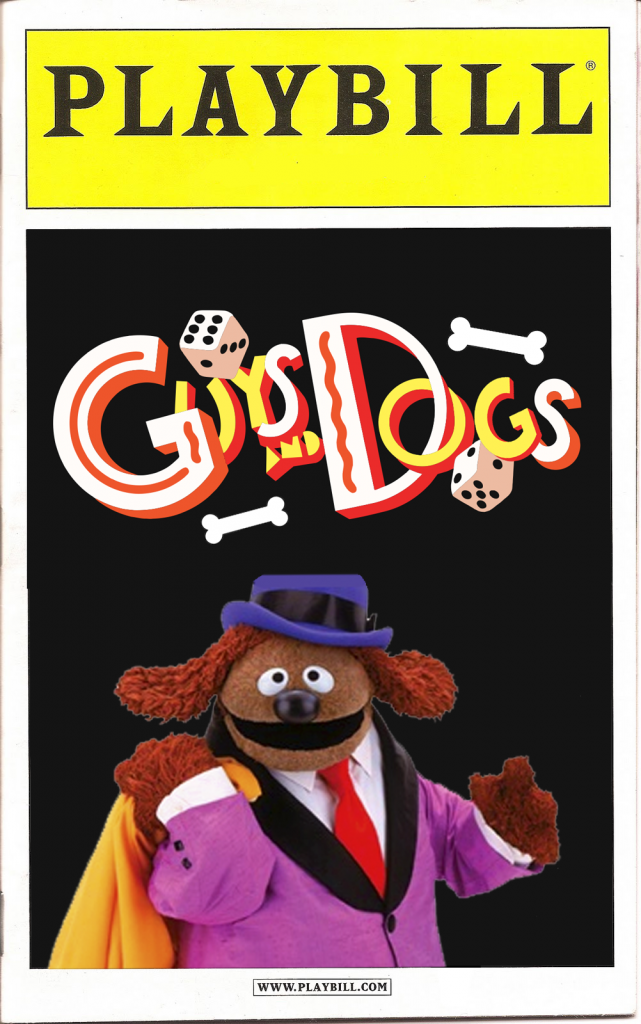 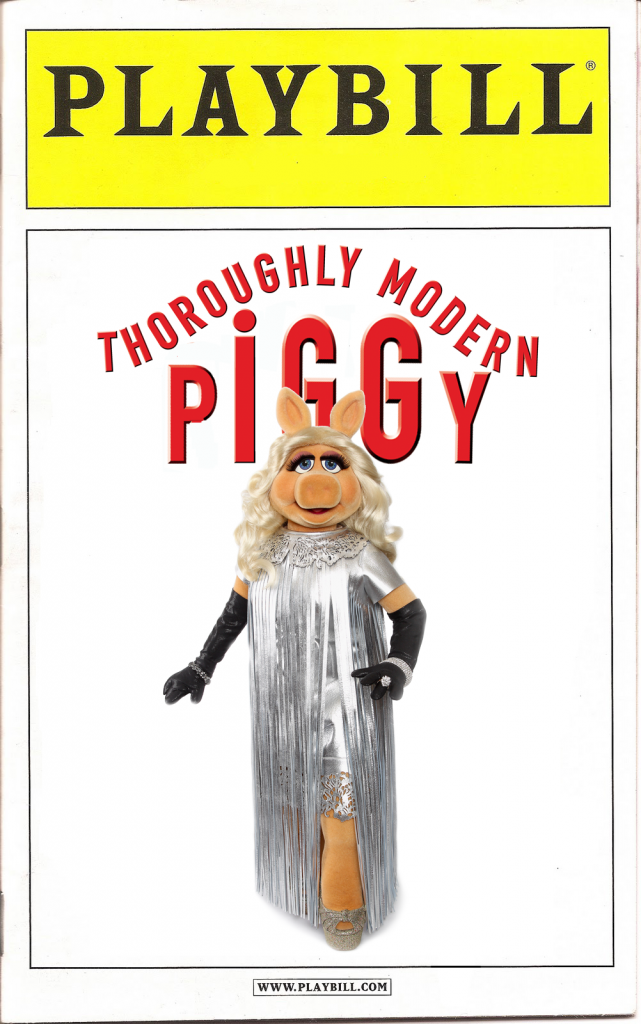 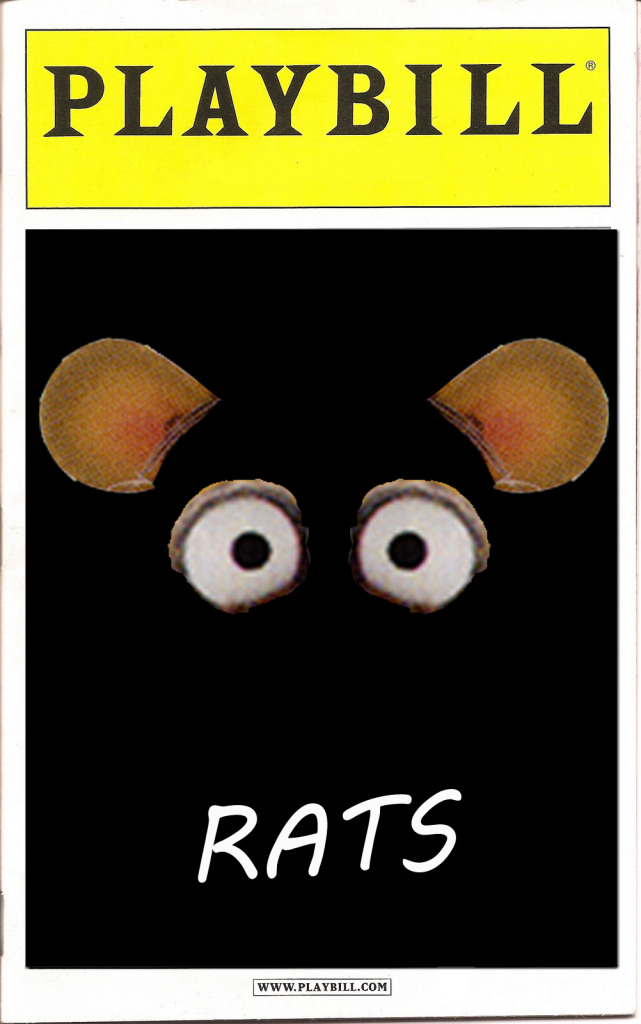 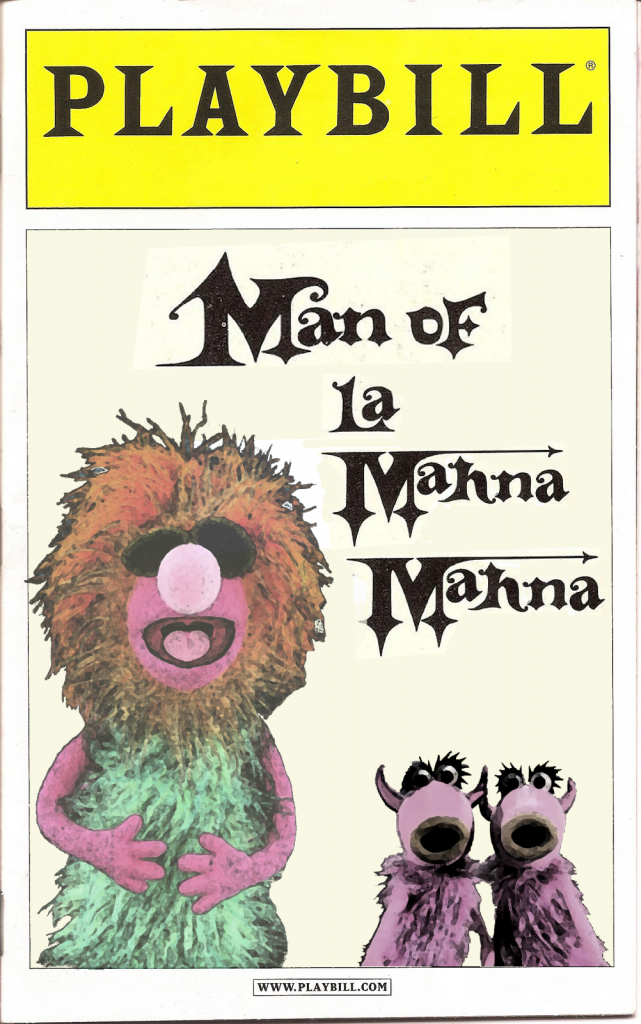 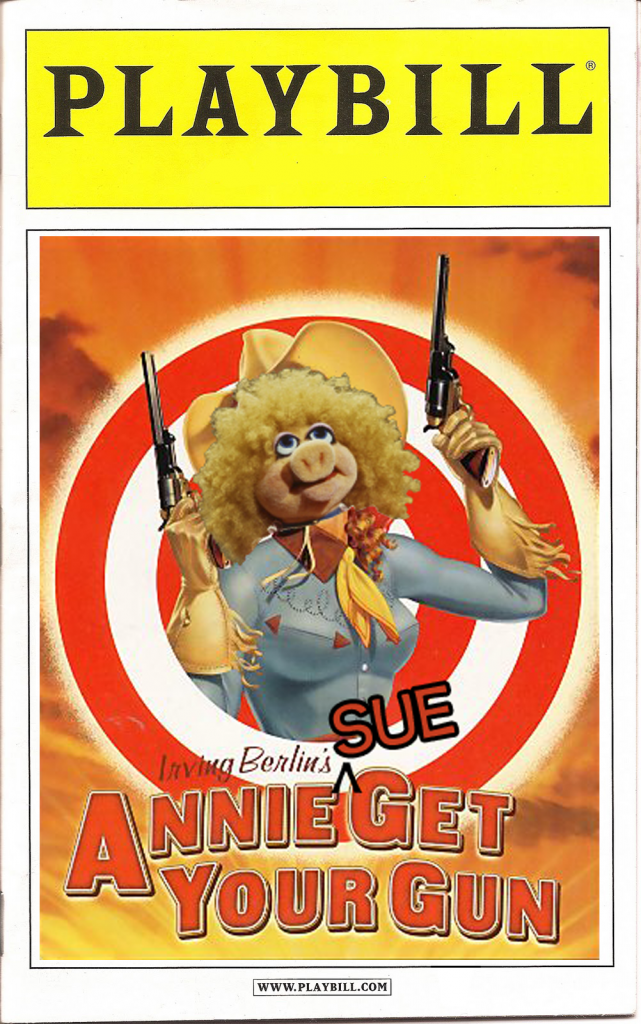 Click here to sing the 11:00 number on the Tough Pigs forum!

ToughPigs Art: The Many Rowlfs of Dave Hulteen