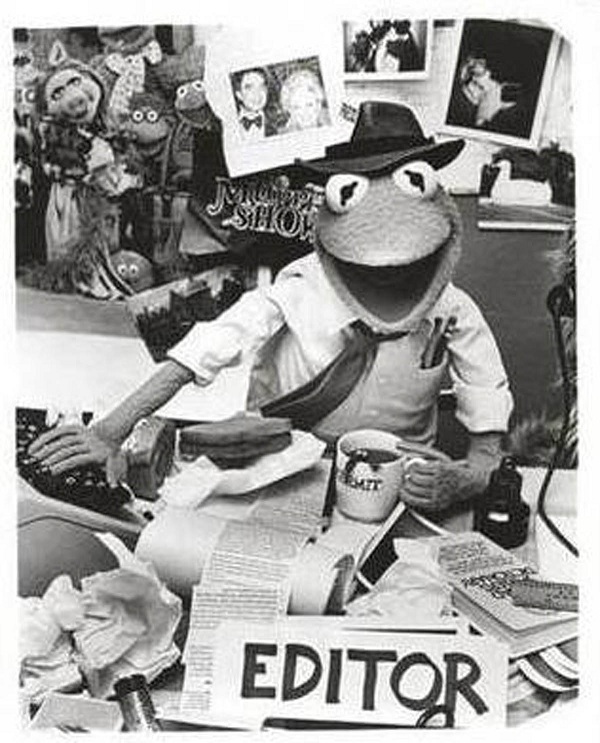 This article will not have a happy ending.

Muppet fans everywhere are feeling the burn after ABC’s decision to cancel The Muppets.  It was a great show (or, for those of you who didn’t love it as much, it was at least a passable show) that was just starting to find its footing near the end.  The ratings were decent, which is actually a huge success when you consider how ABC pretty much stopped promoting it altogether.  And now, after an under-performing movie and a canceled TV show, the Muppets have nowhere to go and nothing on the horizon.

Here at ToughPigs HQ, we’ve been bending over backwards to do our part to help spread the word.  We posted hundreds of promotional photos, we had timely reviews, and we went nuts on social media.  We teamed up with our rivals, The Muppet Mindset, to get the #RenewTheMuppets hashtag moving.  We did everything shy of storming Cinderella’s castle to keep The Muppets from fading away, and it didn’t work.  “Frustrating” doesn’t even begin to cover it.

What’s even more difficult to cope with is the fact that this isn’t the first time we’ve been dealt this sort of blow in recent years.  Muppets Most Wanted was a phenomenal movie, filled with hilarious Muppet moments, great music, a respect for the classic stuff, and appeal for fans of all ages.  But despite our efforts, which included a cross-country trip to Los Angeles to work at the red carpet premiere, nobody bothered to go back to the theater for another dose of Muppets.  At several of our live Muppet Vault events, we’ve polled the audience to see who hasn’t seen the film, and almost everyone’s hands shoot up.  Without the urgency of “the Muppets are back!”, nobody made it a priority to see them on the big screen, despite having so much love for the franchise.  There are all sorts of theories for why casual Muppet fans didn’t see the film, but at least we can say we did our part to try and educate them. 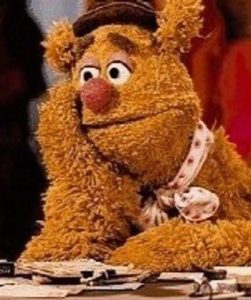 Our frustration isn’t just limited to the lack of viewership.  One of the most persistent requests we’ve had (as well as the most frequent comment on almost all of our Facebook posts, no matter how unrelated the topic) is for seasons 4 and 5 of The Muppet Show on DVD.  It’s a slug in the stomach to Muppet fans that 2/5ths of the series is missing with no way to watch without resorting to illegitimate means.  It’s not like we’re asking for something obscure (we’ve given up hope for ever getting a home video release of Little Muppet Monsters) – this is the most iconic performance of the entire franchise.  It’s the show that was constantly referenced in the two most recent films, and the biggest complaint about the recent TV series has been that it’s not enough like its predecessor.  All the while, we’re talking about a show that isn’t in syndication, three of its seasons are difficult to find (partly because DVD stores are difficult to find), and two of its seasons might as well be imaginary.

It’s not even worth complaining about the lack of other DVD releases.  The Muppets at Walt Disney World now contains all Disney-owned material, including a great promotion for their theme park and a full Indiana Jones sequence.  The Julie Andrews special One Step Into Spring, which heavily featured the Muppets, was slated for release onto DVD three years ago, but the video release was canceled without explanation.  There are dozens of other classic Muppet specials that would make fantastic video releases that could build an entertaining library for Disney, but instead are collecting dust.

What it all comes down to is this: I am tired, and I am done fighting.

Since Ryan and I took over ToughPigs from Danny Horn way back in 2007, we’ve been providing our honest thoughts on everything Muppet.  We’ve been giving free promotion to just about everything that’s come out of the Muppets Studio, Sesame Workshop, and The Jim Henson Company, and we do it without making any income. (In fact, running ToughPigs costs us money in hosting fees and general expenses. On an unrelated note, there’s a PayPal link on our sidebar if you want to donate!) 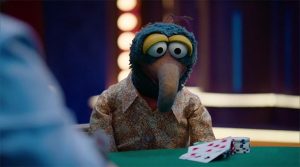 Although we realize that many of the people reading this article have tuned in, gone to the theater, and purchased the products, we’re only a small percentage of the whole.  The reach of a niche fan site only goes so far, so when we spend so much time and energy on failed promotions, it makes me wonder if we’ve just been screaming at a brick wall for the past nine years.

Obviously, I realize that there’s way more to this fan site game than promoting a TV show.  We still generate fun articles, we get great feedback from our readers, and we’re proud to be front and center when the Muppets are doing literally anything.  But without the Muppets in the public eye, we’re not growing our audience, our opinions aren’t being heard, and the effort hardly matches the return.  As you can imagine, it’s become very difficult to muster much enthusiasm.

Now that I’ve been in the co-pilot’s seat for almost a decade, I’m starting to realize the worst part of fandom.  It’s not being disappointed about a cancellation or a sub-par production, it’s putting in the work, rallying the troops, and banking on a sliver of success before having it all ripped out beneath your feet.  I’m sure a lot of the more vocal fans out there feel a good amount of this pain as well.

I have to admit, the day after hearing that The Muppets was being canceled, I seriously thought about quitting ToughPigs.  Just for a few minutes, but the seed was there.  Why keep writing if no one is reading? 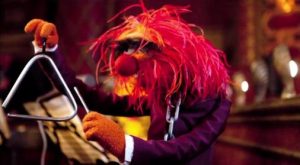 Naturally, this isn’t true.  We still have the loyal readers who have stuck with us since before the show.  The Muppets will come back for YouTube videos or a Christmas special or a Broadway show, and we’ll be there front and center to get the scoop.  And we’re always discovering (or re-discovering) the old stuff and finding new ways to talk about it.  Besides, I honestly don’t know what I’d do with myself if I didn’t get to write about the Muppets every day.

But the fighting?  That part is over.  I’m done begging Disney for seasons 4 and 5 of The Muppet Show on DVD.  I won’t be starting any campaigns asking Netflix to pick up The Muppets.  I’m not signing your petition for the Muppets to [fill in the blank] – those petitions don’t work, and it’s not worth anyone’s time.

But I will keep writing.  I’ll keep promoting.  I’ll do my part to keep the fan community united and involved.  I won’t slow down or quit, and I’ll always be here to help bring a unique and honest voice to the output of the Muppets, Sesame Street, and the Henson Company.  As a Muppet fan with a blog that at least a few people read, it’s my responsibility to keep this train moving.

This article doesn’t have a happy ending.  But maybe that’s because we’re nowhere near an ending. 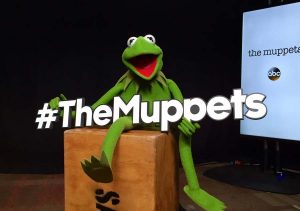 Click here to take a deep breath on the ToughPigs forum!