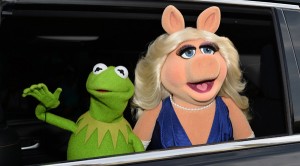 A few weeks ago, we teamed up with The Muppet Mindset in Hollywood to tackle the press events for Muppets Most Wanted.  We saw the film, interviewed some Muppets, went to Disneyland (not related to the press stuff, but still important), and we stood on the red carpet to interview the stars at the premiere.

Many thanks to Dan Shick for editing and taking photos, Matt Wilkie for filming, and Ryan Dosier for co-interviewing!

Click here to be interrupted by Dave Goelz on the ToughPigs forum!

Go Behind the Scenes of Turkey Hollow with ToughPigs!