Dave Hulteen continues to be one of our favorite Muppet fan artists, and he’s been hard at work creating more iconic pieces to add to his fuzzy portfolio.  Dave recently sent us everything he’s got to share with you all, as well as some backstories on his illustrations.

Check out his fantastic work below, which are accompanied by some explanations in Dave’s own words.  Thanks for sharing your amazing illustrations with us, Dave!! 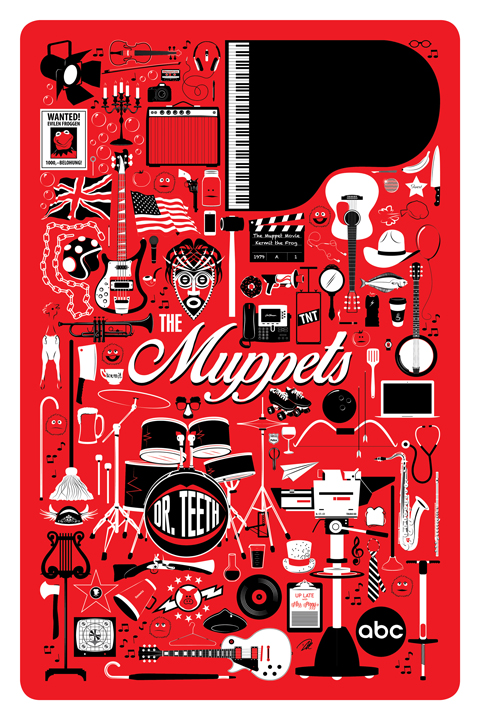 Originally I was making a Muppet Show poster, but when the new show was announced with the overly simplistic Courier font “the muppets” title card, I thought I would elaborate on the design. Every icon/graphic is connected to Muppet history. Several pieces are directly taken from “The Muppets” 10 minute pitch episode. At first I had done random things that I thought were Muppety, but eventually decided to make very specific graphics from an exact sketch or moment from the Muppets’ various movies and shows. This meant scrapping a LOT of components I had already done. I even kept a list of the final graphics in case someone called me on it, so I have proof if anyone gets really stuck. 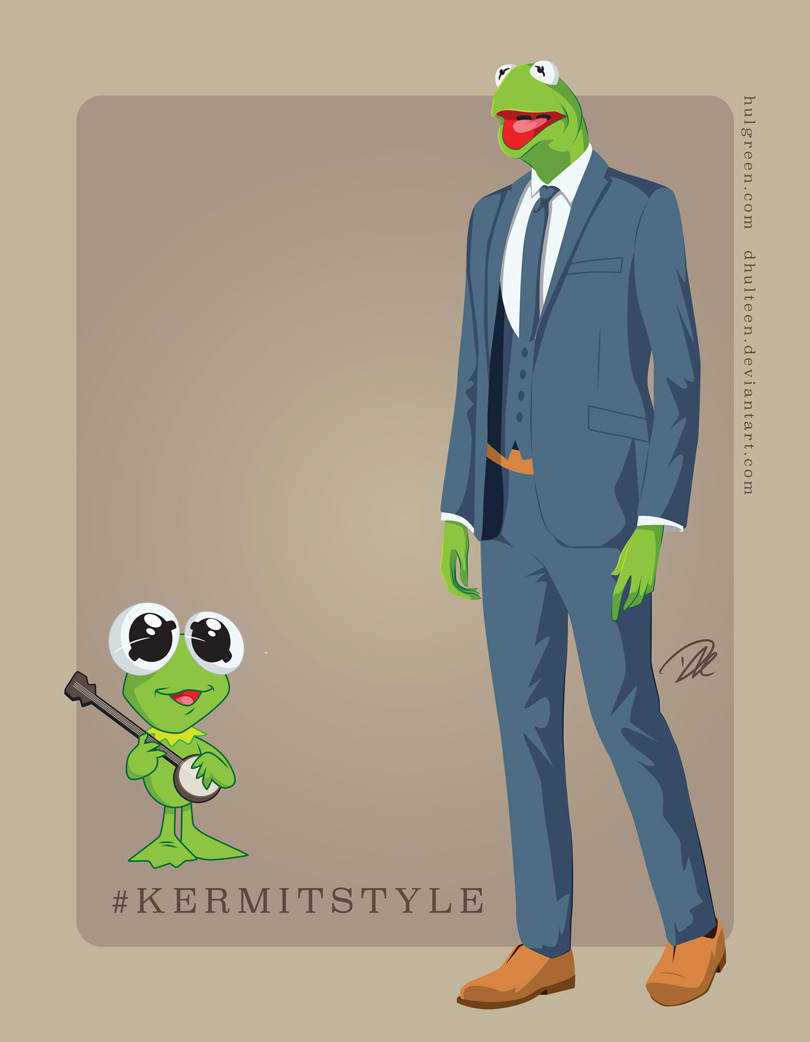 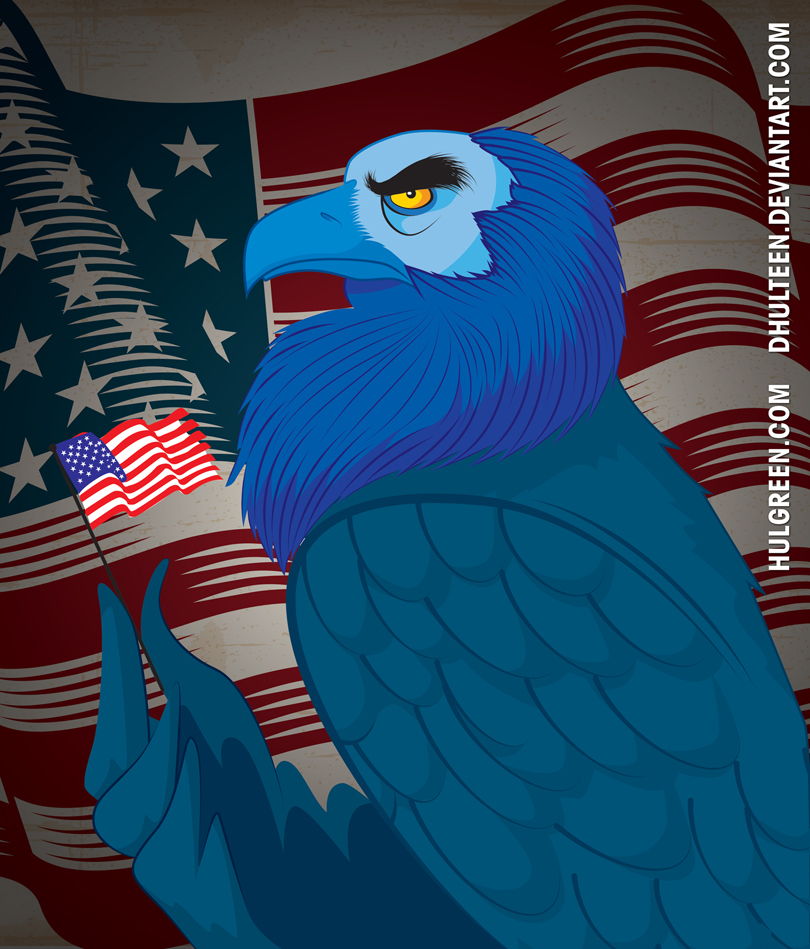 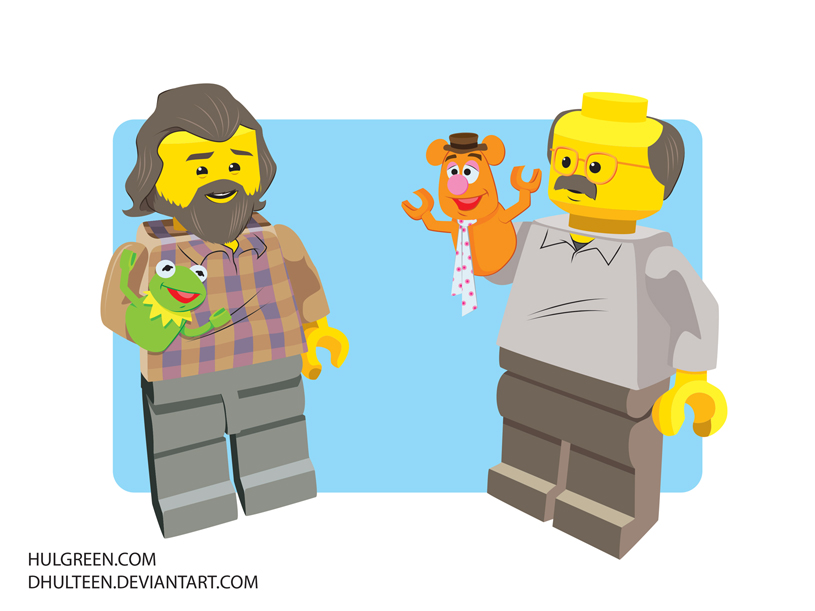 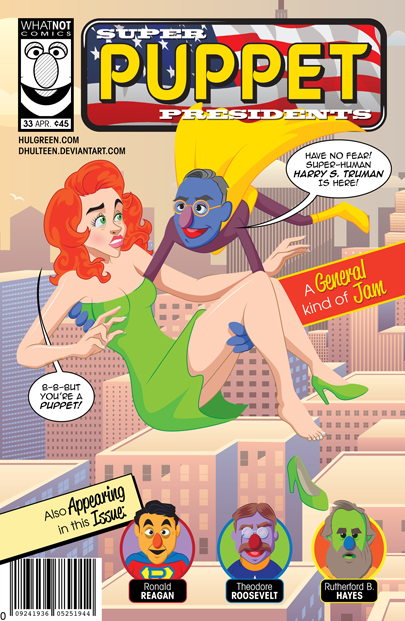 Okay, so this one is not necessarily a Muppet piece of fan art in the traditional sense, but a tribute to Whatnots and Anything Muppets. I do a lot of Muppet like caricatures for people, and to practice and promote this, I often “Puppet-ize” celebrities. On a particularly unique day, I created super hero puppet versions of American presidents, and in my own imagination thought that a comic book series where Super Puppet Presidents constantly save Rachel McAdams from perilous situations would entertain me for the rest of my life. Seriously, I can’t tell you how much I want this. There are a lot of hidden Easter eggs in this one. 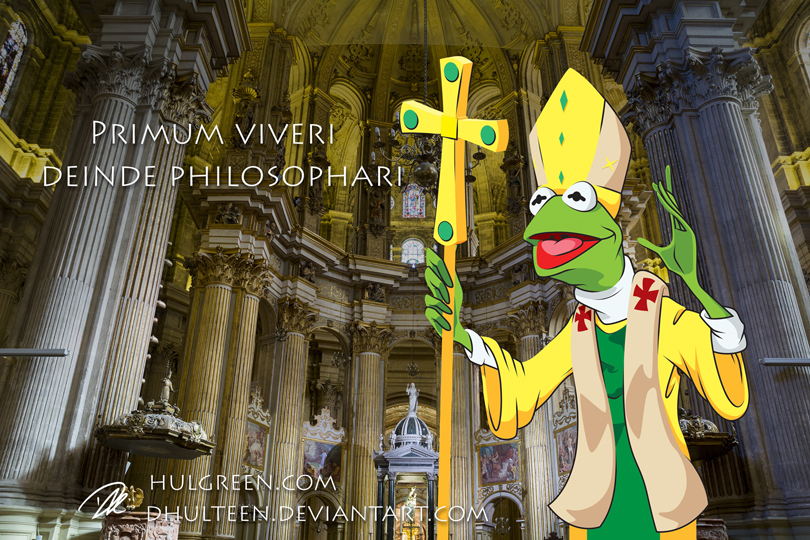 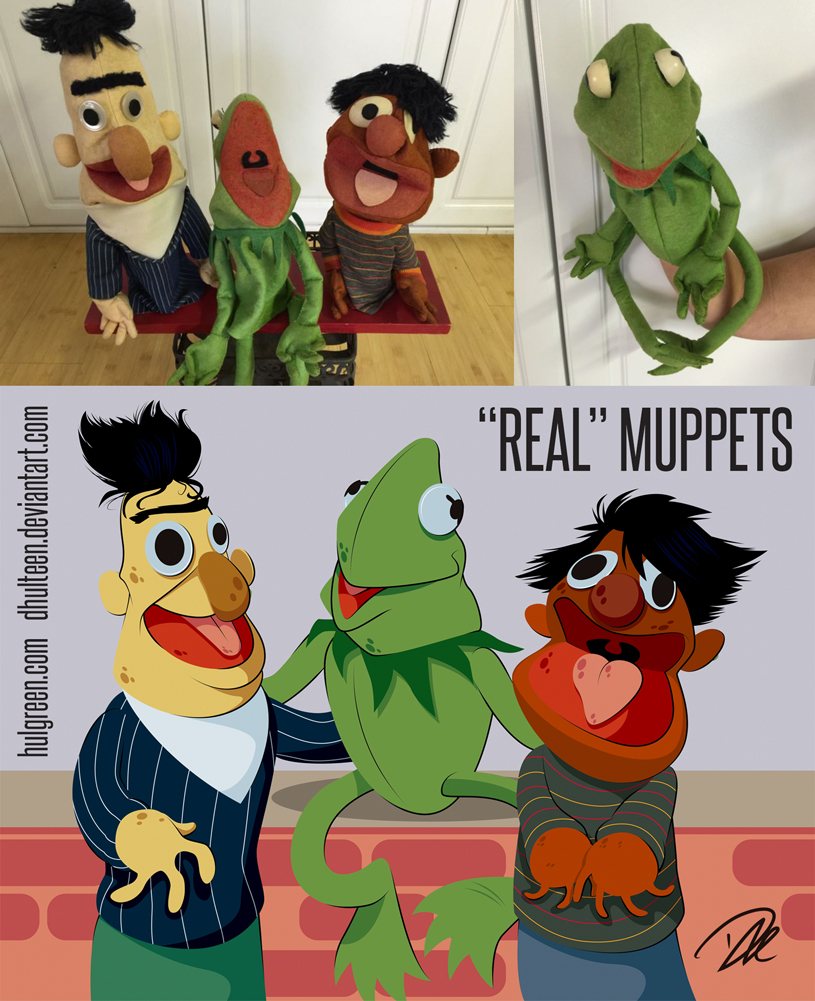 Back in January 2015, an eBay user posted an auction for “Jim Hanson Puppets” claiming they were actually used on Sesame Street. This was a fan artists dream. ToughPigs’ Facebook post had 32 shares, 40 comments, and over 115 likes alone. When God sends an angel your way with a gem like this, you celebrate it. You celebrate it with your friends and family and you pay it forward. That is why I drew this. 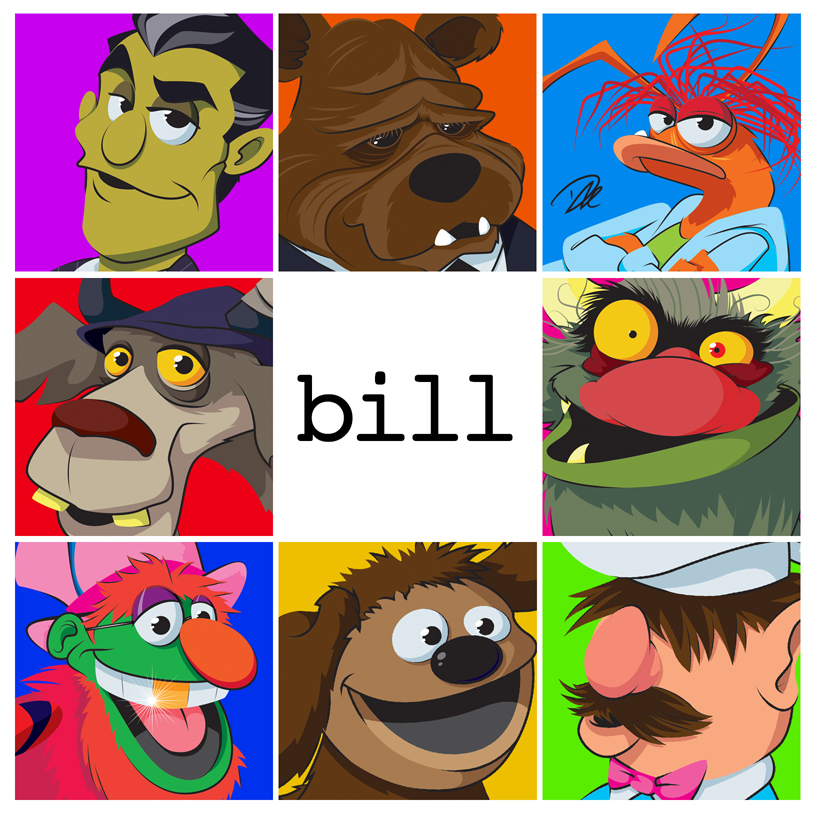 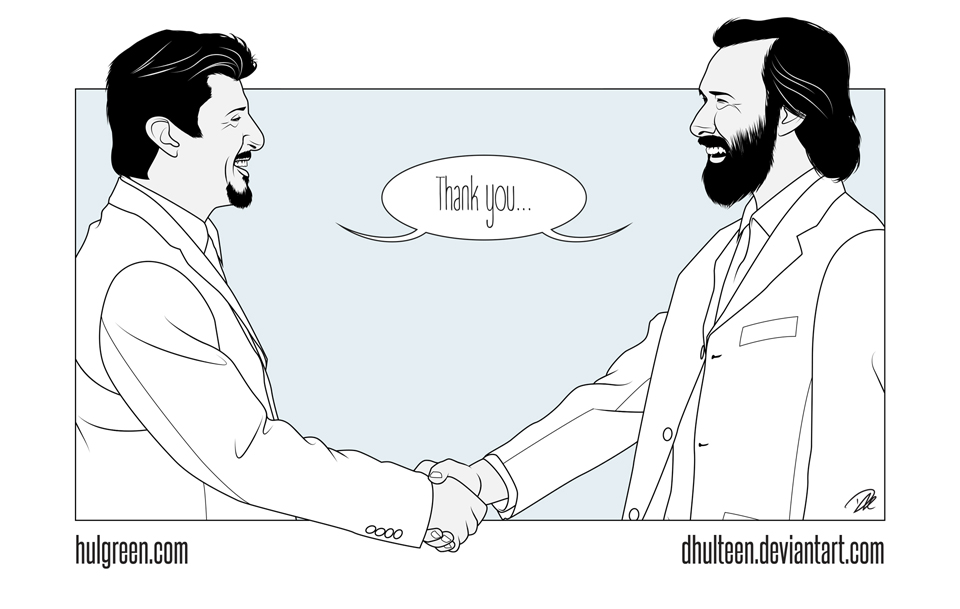 Bill Barretta isn’t just an amazing performer who’s breathed new life and magic in to the Muppets, he made a dream of mine come true. Earlier in the year, Bill himself commissioned me to do several pieces for the main performers of their respective characters in celebration of starting an all new show. In respect of this commission, those pieces will not be posted. However, while he was happy enough with a piece I did of PePe for his birthday, I wanted to show him my appreciation with a collection of his characters. 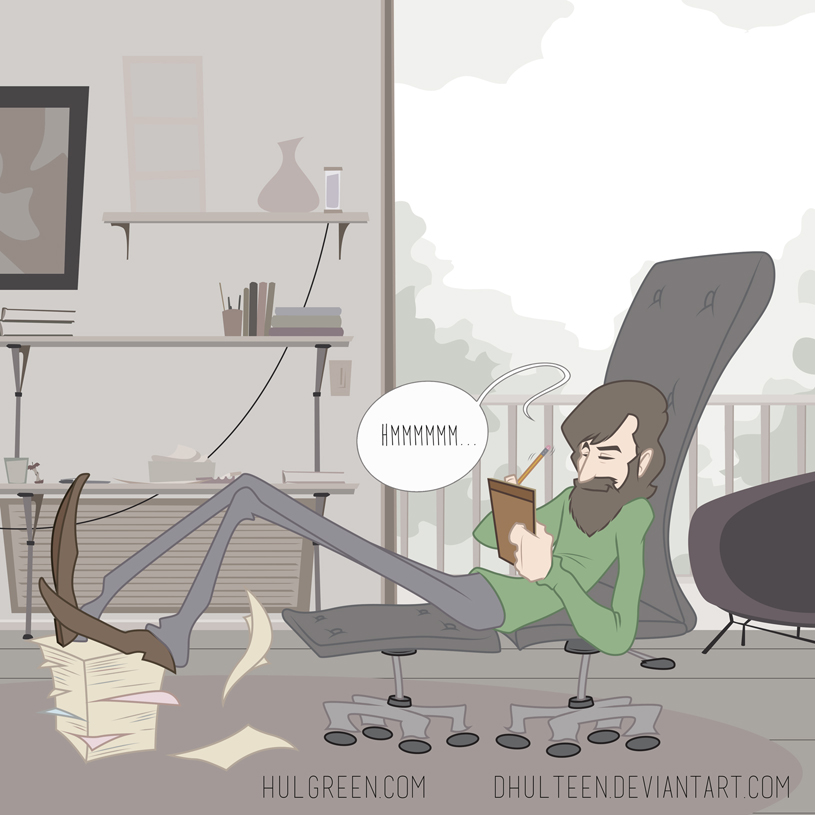 This was a piece that was originally featured on the Muppet Mindset for their 5th anniversary, but I’m very proud of this one. It was greatly inspired by Brian Jay Jones’ biography on Jim. We’ve all seen the picture of Jim slouched way down in his office chair, but Jones’ really drove this image home for me. 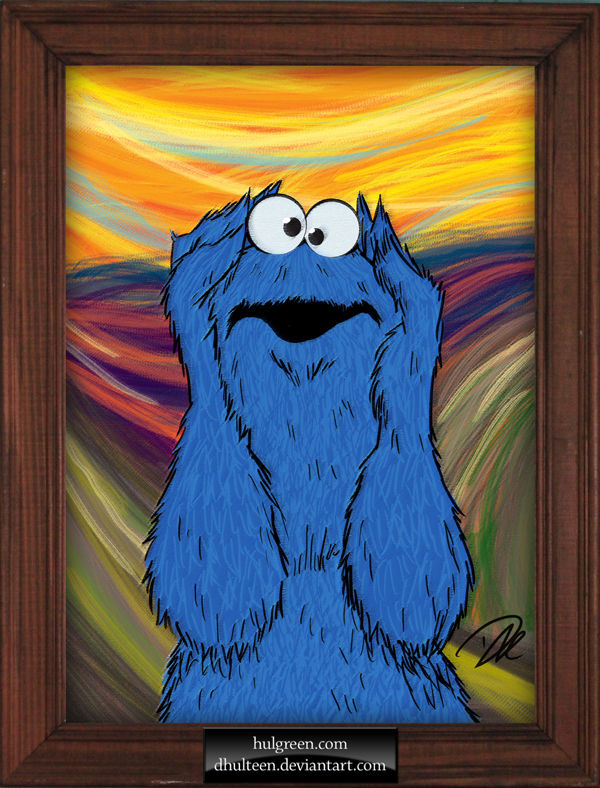 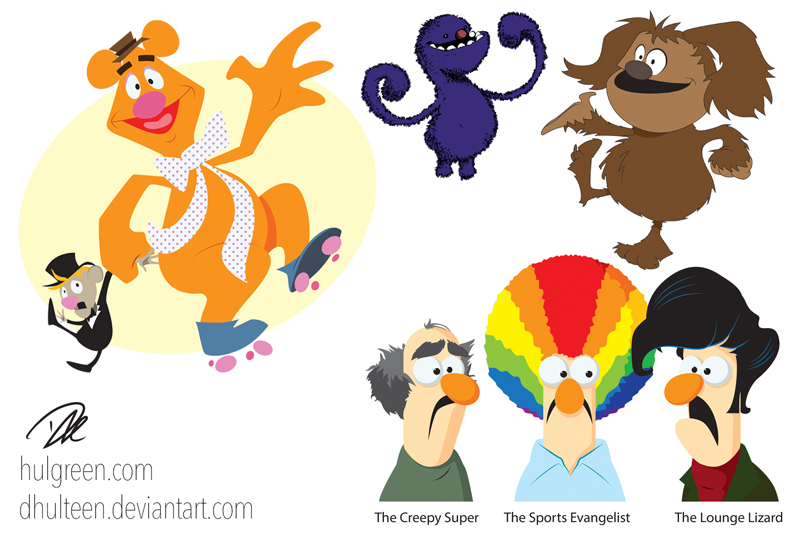 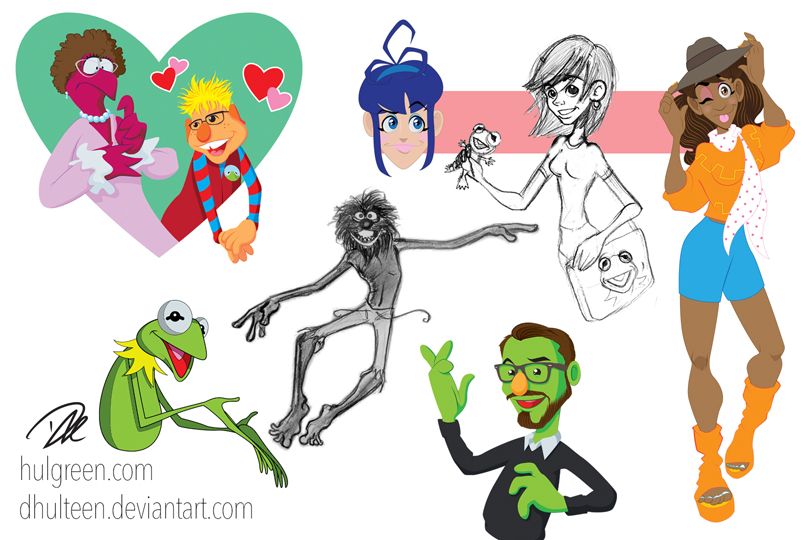 These are scraps. Throwaways. Concepts that never went anywhere. Some are “gifts” for some fun people like FrogFan76 and ToughPigs’ own Matt Wilkie. Others are ideas that had a lot of steam out the gate and then emptied out as soon as they crossed the threshold. 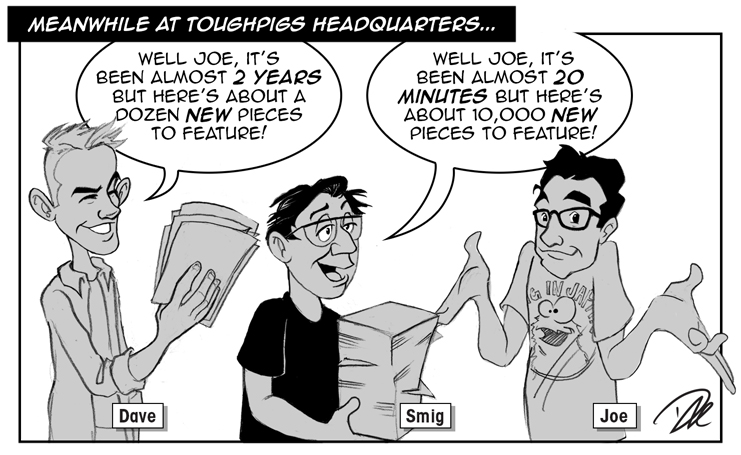 Click here to slouch down on your chair on the ToughPigs forum!

by Joe Hennes and Dave Hulteen

ToughPigs Art: The Many Kermits of Dave Hulteen