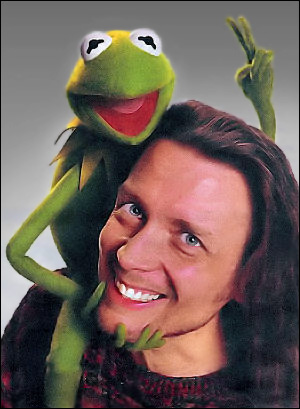 Well, it’s a weird week to be a Muppet fan.

This Monday, your favorite Muppet fan site Tough Pigs (and your second-favorite, The Muppet Mindset) broke the news of Steve Whitmire’s departure from the Muppets, along with the news that Matt Vogel is the new performer for Kermit the Frog.

(If you don’t know what I’m talking about because you’ve been lost in a hedge maze with no internet access since the weekend, click here to read the original post by Tough Pigs’ own Joe Hennes, and click here to read coverage by the Washington Post – which includes quotes from Tough Pigs’ own Joe Hennes.  And congratulations on solving that hedge maze!)

It’s been fascinating to watch as the story gradually made its way from online Muppet fandom to nerdy pop culture websites to seemingly every major news outlet.  ABC, TIME, NPR, The Akron Beacon Journal.  All the big ones!  A lot of them cited this very website as a source, which was nice, even if a handful of them got our name wrong.  (For the record, we are not, nor have we ever been “TouchPigs,” “Tough As Pigs,” or the singular “Tough Pig.”)

The news is out, and now… well, now what?  I have a lot of thoughts.  Fortunately, if all my years wasted reading stuff on the internet has taught me anything, it’s this: If you’re not sure how to approach a topic, the easiest thing to do is put it in a numbered list.  So here are my 6 Thoughts About the Steve Whitmire News. 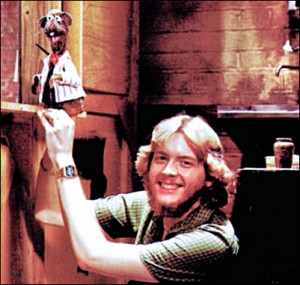 1. I Want the World to Realize This Is Important

When we posted that article on Monday, I had no idea how it would be received, if at all, beyond our little fan world.  But if the story went mainstream, I was hoping it would be received with at least a little gravity.  I wanted people to understand that Steve is a guy who worked with Jim Henson, a guy who auditioned for Jane Henson at an airport.  He worked for the Muppets for 12 years, and then took on the most important Muppet character.  I wanted all the folks who watch The Muppet Christmas Carol once a year to realize the significance of the fact that this is the guy who played Kermit in that movie and in every Muppet thing since then.

Sometimes it feels like we, the fans, are hanging out backstage at the Muppet Theater, closely watching the show unfold onstage.  The casual fans, though, are up in the balcony, watching from a distance, only paying attention occasionally, and making rude jokes.  Most of the jokes are about where the puppeteer’s hand goes.

And in the past two days, there have definitely been those jokes.  There have been comments by cynics asking “Why is this news?” and comments by grouches insisting that this doesn’t really mean anything because anyone can do a Kermit the Frog voice.

For the most part, though, I think the casual fans understand that this is a big deal. Steve Whitmire was the second person in the history of planet Earth to be the performer of Kermit the Frog.  Now Matt Vogel is the third.  For anyone who grew up watching the Muppets and appreciates them on any level, deep or shallow, this is a significant moment.  Given the amount of coverage and the majority of the comments and reactions, I’d say most of the population gets it. 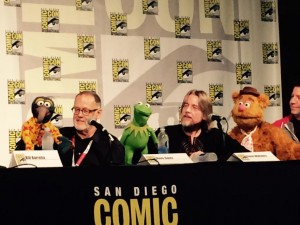 2. I’m Going to Miss Steve as a Muppet Performer

Of course I am.  The big headline is “Guy Who Played Kermit for 27 Years Leaves,” and Steve did some excellent work as Kermit.  Steve’s was lovable, funny, and charming, not exactly the same as “Jim’s Kermit,” but recognizably Kermit.

But let’s not let the casual fans overlook the rest of Steve’s résumé.  This is one of those basic truths that I forget not everyone knows, but he played a crapload of other characters not named Kermit: Rizzo!  Beaker!  Foo-Foo!  Trevor the Gross on an episode of The Muppet Show!  The pigeon on the roof of the KMUP studio who wished Clifford would sing “Born to Be Wild” in that one scene on Muppets Tonight!  The rabbit in the pet store who sings a fun song that is the highlight of Kermit’s Swamp Years!  And so on.  Steve did a lot of great stuff in his time with the Muppets.

Man, it’s weird to write about Steve’s time with the Muppets in the past tense.  But like Muppet fans everywhere, I wish him the best, and I’d be happy to see him bring his talents to any other puppet production. 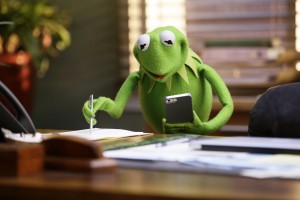 3. I’m Glad Steve Got to Do the Last Two Movies and the TV Show

It’s no secret that the Muppets had some lean years in the early 2000s.  It must have been frustrating for the performers when a year would go by and the biggest Muppet production was a commercial for pizza or a credit card.  Then they’d do a sort-of-okay TV movie or special, and then they’d go back to waiting for the next thing.

So I’m glad Steve got to stretch his froggy acting muscles in the last few years before leaving the company.  The 2011 movie The Muppets mostly gave us a sad Kermit, but dang if Steve didn’t do a great job at making him sad.  Muppets Most Wanted let Steve play with a much more Kermitty Kermit, and the Muppets ABC series allowed him to explore new and different sides of the character.  They turned out to be sides the average TV viewer didn’t want to see, but who cares about the average TV viewer?  It was fascinating to watch. 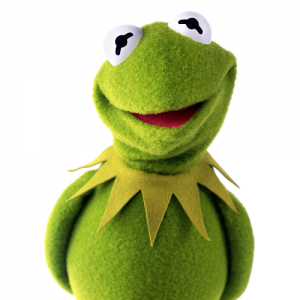 4. I Look Forward to the Frog’s Future

It’s cool that all the news items about the performer transition have been listing Matt Vogel’s credits.  He’s done a bang-up job at taking over established characters like Floyd, and with Constantine in Muppets Most Wanted, he contributed to some of the funniest Muppet moments of the last decade.  He’s a funny and talented dude, and the fact that we know how funny and talented he is helps a lot.

Remember up there when I mentioned that “Steve’s Kermit” wasn’t exactly the same as “Jim’s Kermit?”  I’ve seen a few people online saying things like “I hope this new guy can sound just like the old guy.”  Of course he won’t.  If Muppets were recast based solely on mimicry, Rich Little would have taken over most of the characters years ago.  Matt’s not going to sound exactly like Steve, or exactly like Jim.  But he’ll be Kermit, and it’ll be cool to see what Kermit does next. 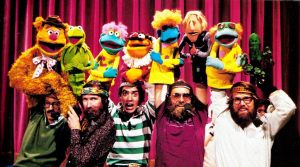 5. I Wish People Would Stop Being Wrong About Things

Prominent among the myriad emotions I’ve felt over the past 48 hours is frustration at all the details people are getting wrong.  Who knew there were so many ways to misspell Steve’s name?  I’ve seen Whitmore, Whitmere, and Whitmier.  Not to mention the handful of “Matt Vogals.”  But I suppose that comes with the territory of Knowing More About the Muppets Than Most Humans.

And don’t get me started on all the articles calling them “voice actors.”  Voice actors are great, but the Muppet performers aren’t voice actors.  Is it really so hard for folks to use the word “performer” or even “puppeteer” to describe Steve and Matt?  Every time I see a headline about “Kermit the Frog’s voice actor” I shake my head and go “Grrr.”

People know that puppets are controlled by puppeteers, right?  I could say more about this, but I feel a full-fledged Tough Pigs commentary brewing, probably using our “complaining” tag, so I’ll hold off for now. Grrr. 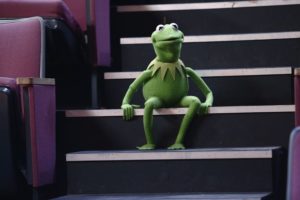 6. I Wonder If Everyone Will Remember This Next Week

What do you think about all this?  Click here to salute Steve on the Tough Pigs forum! 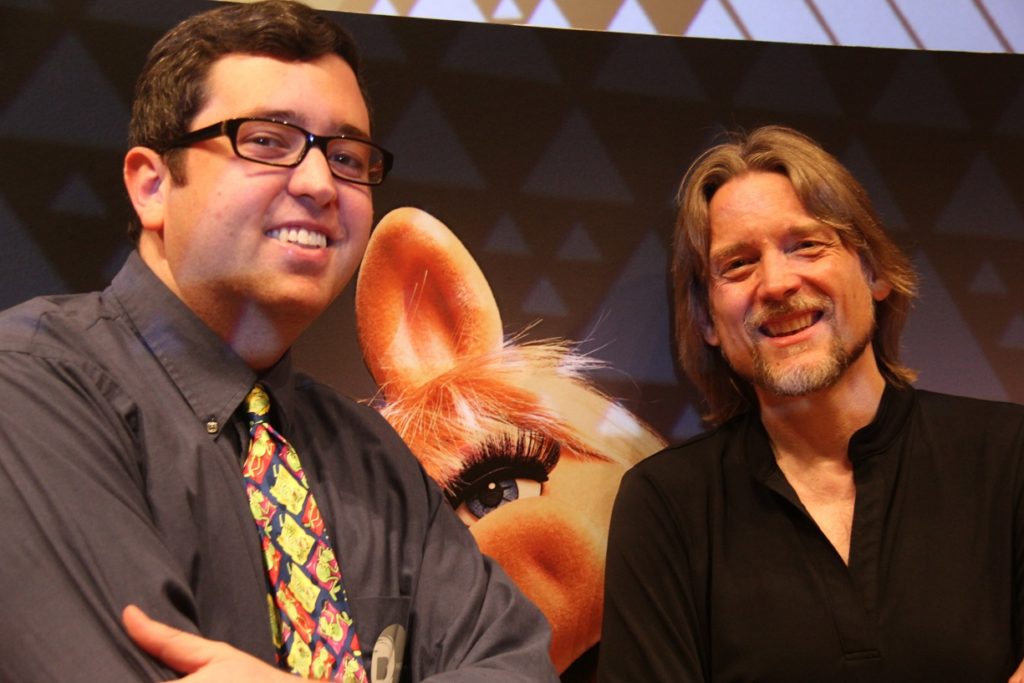 Steve Whitmire (right) and the author of this article