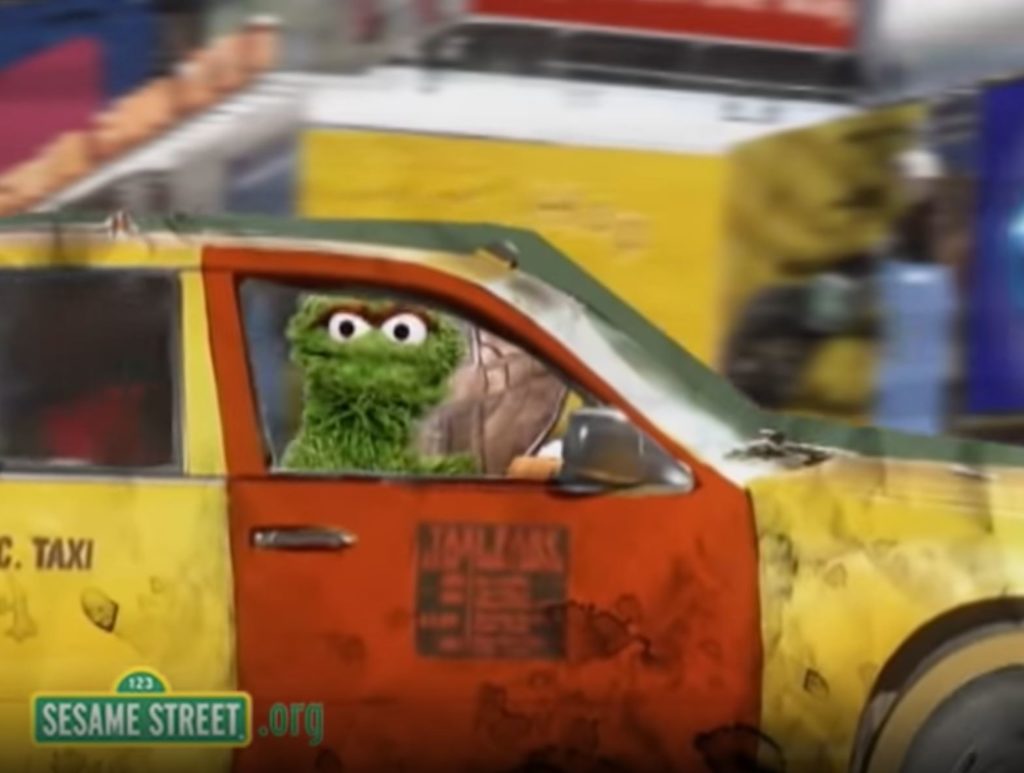 This week’s review was written by Tough Pigs’ own Peter Papazoglou. Thanks for sharing your insights, Peter!

If you’re a xennial like me, Season 38 is a real sweet spot for watching Sesame Street with your kids.

Wait, “What’s a xennial,” you ask? Xennials are the microgeneration on the cusp between Gen X and Millennials. We were born between 1977 and 1983. We came of age during the the show’s Follow That Bird era, couldn’t pick Elmo out of a lineup until he started showing up in store windows, and still don’t know what happened “Around the Corner.” 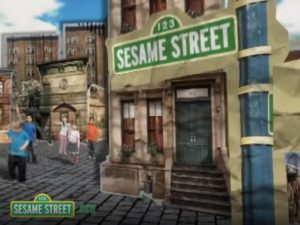 But enough about xennials. Back to me.

I started watching Sesame Street as an adult when my oldest daughter was two or three years old. It was circa Season 43 or 44, and — after 30 years – the show’s format was virtually unrecognizable. The eclectic mix of songs, sketches, and animations that had defined my childhood had made way for “programming blocks” that spent long stretches of time on CGI and stop-motion versions of our favorite characters instead of their more charming, furry and fleecy counterparts.

Elmo’s World wasn’t even on anymore. Elmo’s World had come and gone. And I had missed it!

So I did what any xennial parent would do. I went looking for classic episodes to imprint my pop culture preferences on my child. And while she ended up loving classic songs and sketches like “Rubber Duckie” and “C Is for Cookie,” the full-length episodes from the 70s and 80s frustrated her. Where were Elmo and Abby? 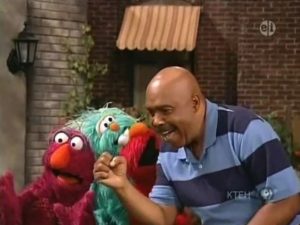 Which brings us back to Season 38.  When we happened upon this batch of episodes on Amazon Prime, it felt like the perfect blend of old and new, with something for each of us.

The next generation of characters was just beginning to take shape. Abby had arrived the year before. And Chris and Murray were making their debuts. But old favorites were still fixtures: Maria and Gordon were especially integral to the street stories, not yet relegated to emeritus status.

Short-lived recurring segments from earlier season like “Monster Clubhouse” and “Journey to Ernie” had been abandoned and not yet been replaced by the likes of “Abby’s Flying Fairy School” and “Ernie and Bert’s Great Adventures,” which left room for classic Ernie and Bert sketches and songs in almost every episode.

As for the street stories – sure, it took me a bit of time to get used to having them all told at the beginning of the episode instead of peppered throughout. But wait! Remember when Anthony Strand called Season 29 “Sesame Street’s last rodeo in its original form”? I think he’d be as surprised as I was to discover that Season 38 featured not one but two episodes (4137 and 4145) in Sesame Street’s honest-to-goodness original form. That’s right. In the 13 years from the Season 30 premiere to the Season 42 finale, a handful of episodes would spread their street stories throughout the episode, but only two episodes were produced without Elmo’s World. They’re both in Season 38. And one of them stars Prairie Freaking Dawn.

Blink and you’d think it was still 1985. But it wasn’t. It was 2007. And you know what’s great about that? I wasn’t just able to watch my daughter fall in love with my Sesame Street; she was able to show me how to fall in love with hers. 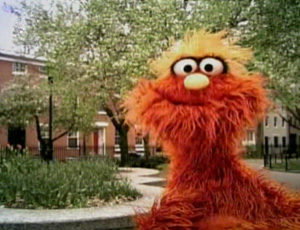 Notable Character Debut: As Gordon’s nephew and Alan’s assistant, newcomer Chris has one foot in 123 Sesame Street and the other in Hooper’s Store. And he’s inarguably the most central human character introduced on the show this millennium. The show’s remaining major human cast members would stay on the show in some form for a few more years, but this was the year the baton was passed.

As for Murray, he was promoted from unnamed monster this season, getting his first recurring segment, “What’s the Word on the Street,” which opened each episode and would be part of the show for almost a decade.  In future seasons, he’d get a sidekick in Ovejita and more screen time with “Murray Has a Little Lamb.”  He’d even host the show when the format was overhauled in Season 40.

Notable Character Departure: Can we pour one out for the Fix-It Shop? Luis and Maria ran the shop for thirty years from 1972 to 2002. So don’t tell me it wasn’t a character. It was more than that; it was an institution! Following a brief stint running the Mail-It Shop in the same location, Maria was back at her iconic workbench in Season 37. But alas, it wasn’t meant to be.  Maria fixed her final toasters in Season 38 before closing shop for good to make way for Leela’s laundromat the following year.

Most Valuable Muppet: A few years ago, all I could tell you about Rosita was that she spoke Spanish, played guitar, and had her wings unceremoniously clipped (offscreen, of course). She didn’t seem to have a comic hook like a lot of Muppets, so I was blindsided by how much I ended up loving her. In Episode 4159, when her play date with Zoe is crashed by Abby, she displays a depth and range of emotion that is so deeply felt, it gives her character true dimensionality. If anyone has been a revelation to me since I’ve started watching the show again, it’s Carmen Osbahr.

Most Valuable Human: Maria. It’s always Maria. Sonia Manzano has a very special way of working with the Muppets and working the camera. Her dry wit has always been the perfect foil for the zaniness of her Muppet counterparts.  And it’s on perfect display in Episode 4138 as she reluctantly reads “Lucy the Lazy Lizard” to Elmo for the umpteenth time, making asides with raised eyebrows that simultaneously say “what-am-I-doing-here” and “I-wouldn’t-be-anywhere-else.” 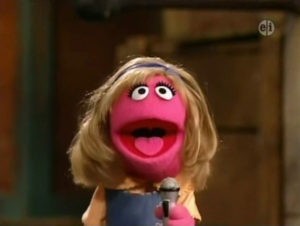 Most Valuable Episode: The aforementioned episode 4145, “Fairy Tale Emergencies,” is a diamond in the rough. Not because it’s my daughter’s favorite. And not just because its format is a throwback to the show’s classic era. It’s also basically an hourlong “Sesame Street News Flash,” with Tyler Bunch, Leslie Carrara-Rudolph, and Fran Brill (doing double duty) providing the perfect foils to Prairie Dawn’s reporter (as the Big Bad Wolf, Sleeping Beauty, and Goldilocks, respectively). Even Baby Bear, who I’ve taken longer to warm up to, is in fine form here demonstrating his Porridge Detector Protector with his best pal Telly.

But the most wonderful bit in maybe the whole season belongs to the two layabout pigs playing a game of Rock-Paper-Scissors while their brother constructs a brick house out of his Big Bad Wolf Emergency Kit.

Over. And over. And over again. Because they’re hand-rod puppets. So they can’t make Rock or Scissors. It’s genius. And it never gets old.

Classic Sketch Debut: I don’t know if it’s a classic in your house, but in mine, “Meal or No Meal” – the Deal or No Deal parody – is a favorite. Matt Vogel’s Howie Eatswell is as insane as you’d expect a Howie Mandel-inspired Muppet to be. And he’s evenly matched by Fran Brill’s hyperventilating contestant, Sadie Schwartzbaum. 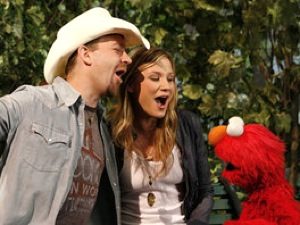 Musical Highlight: In Episode 4149, country music duo Sugarland covers the classic Sesame Street song, “Songs,” with Elmo.  Jennifer Nettles has terrific charm with the little guy, so I’m not surprised that she’s gone on to have an acting career since the duo broke up. But Kristian Bush keeps doing this thing where he leans over Elmo and makes a big, bulgy-eyed face as if he’s about to eat him. It’s disturbing. And I hate it.

Curriculum Focus: I’m going to guess that it has something to do with literacy, because many of the street stories this season (and next) revolve around books that our Muppet friends love to read.  Books like “The Wild Adventures of Action Dog” or “Lucy the Lazy Lizard” that you cannot buy for your children no matter how often they ask you to, because they do not exist, so you have to watch the show instead, which kind of defeats the point of trying to get children excited about reading.

On the other hand, you do get to listen to Sonia Manzano say “lickity lickity” a whole lot. 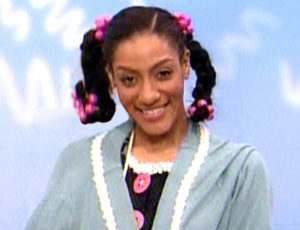 One More Thing: Did you know that all four of the actors who portrayed the Noodle family in the original Elmo’s World episodes have Tony Awards?  “Helping” in Episode 4160 marks the first and only appearance of playwright and actress Sarah Jones as Mr. Noodle’s other sister, Miss Noodle.

Okay, One More Thing: Chris and Murray are nice and all, but if this review had been about Season 39, you wouldn’t have been able to get me to stop talking about how much I love Leela and Ovejita. I know I can come off as a curmudgeon about latter-day Sesame Street, but Leela and Ovejita are just a delight to watch in everything they do. I stan them so hard. That little sheep is the G.O.A.T.

Click here to be blindsided by Rosita on the Tough Pigs forum!