Jarrod Fairclough – Way back in Season 41 of Sesame Street, Ernie sung an Emmy nominated song called ‘I Wonder’, about the things that cross his mind as he examines the world around him.  If you’re unfamiliar with the piece, you can watch it here!

Over two posts, we’ve decided to take every question Ernie asks in the song, and put it in to Google to find the answers, citing our sources along the way!

We begin looking at our place in the universe, as Ernie observes a falling star…

What Makes A Falling Star Go By?
From NASA:  A “falling star” or a “shooting star” has nothing at all to do with a star! These amazing streaks of light you can sometimes see in the night sky are caused by tiny bits of dust and rock called meteoroids falling into the Earth’s atmosphere and burning up. The short-lived trail of light the burning meteoroid produces is called a meteor. Meteors are commonly called falling stars or shooting stars.

Why Does It Fall And Where Does It Go?
From Space.com:  Most meteors are very small, some as tiny as a grain of sand, so they disintegrate in the air. Larger ones that reach the Earth’s surface are called meteorites and are rare.

How Does It Make That Glittery Glow?
From Space.com:  Meteor showers occur when dust or particles from asteroids or comets enter Earth’s atmosphere at very high speed. When they hit the atmosphere, meteors rub against air particles and create friction, heating the meteors. The heat vaporizes most meteors, creating what we call shooting stars. 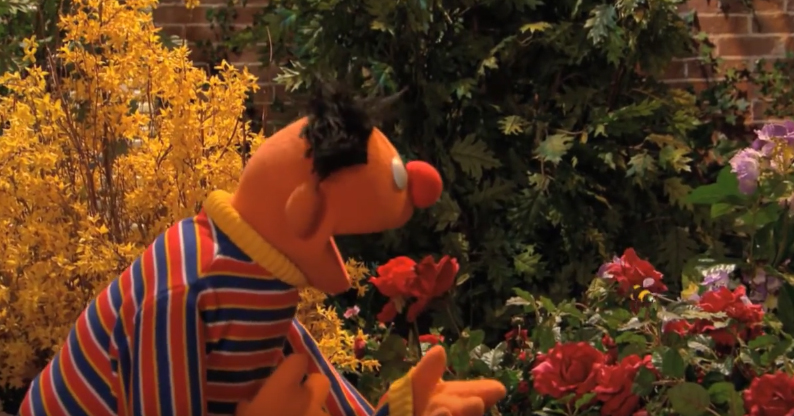 As Ernie goes from big to small, he observes a bumblebee flying from rose to rose in July…

What Makes A Bumblebee Go By?
From Orkin Termite Treatment:  The presence of bumblebees usually involves actually seeing adults foraging for pollen and nectar among flowering plants on the property. Also, one might see bumblebee workers coming and going around the entrance into the nest site while sometimes gardeners who are working in the soil in late winter or very early spring may uncover overwintering queens.

How Does He Fly All Covered In Fuzz?
From LiveScience.com: Take your arm and put it out to your side, parallel to the ground with your palm facing down. Now sweep your arm forward. When you reach in front of you, pull your thumb up, so that you flip your arm over and your palm is upwards. Now, with your palm up, sweep your arm back. When you reach behind you, flip your hand over again, palm down for the forward stroke. Repeat. If you gave your hand a slight tilt (so that it’s not completely parallel to the ground)… you’d be doing something similar to a bug flap.

Why Does He Make That Buzz That He Does?
From Wonderopolis.org:   When certain species of “buzz-pollinating” bees, such as bumblebees, visit a flower, the buzzing and vibrations of their wings and bodies cause pollen to shake off the flower.  The pollen then attaches to the bee’s body and is deposited on the next flower the bee stops to visit. This transfer of pollen from flower to flower is called “pollination.”

That’s it for this first half of Wonder No More, Ernie!  Next week we’ll learn how bunnies hop, why popcorn pops, and why lightning always comes before thunder (not to mention about bird songs). 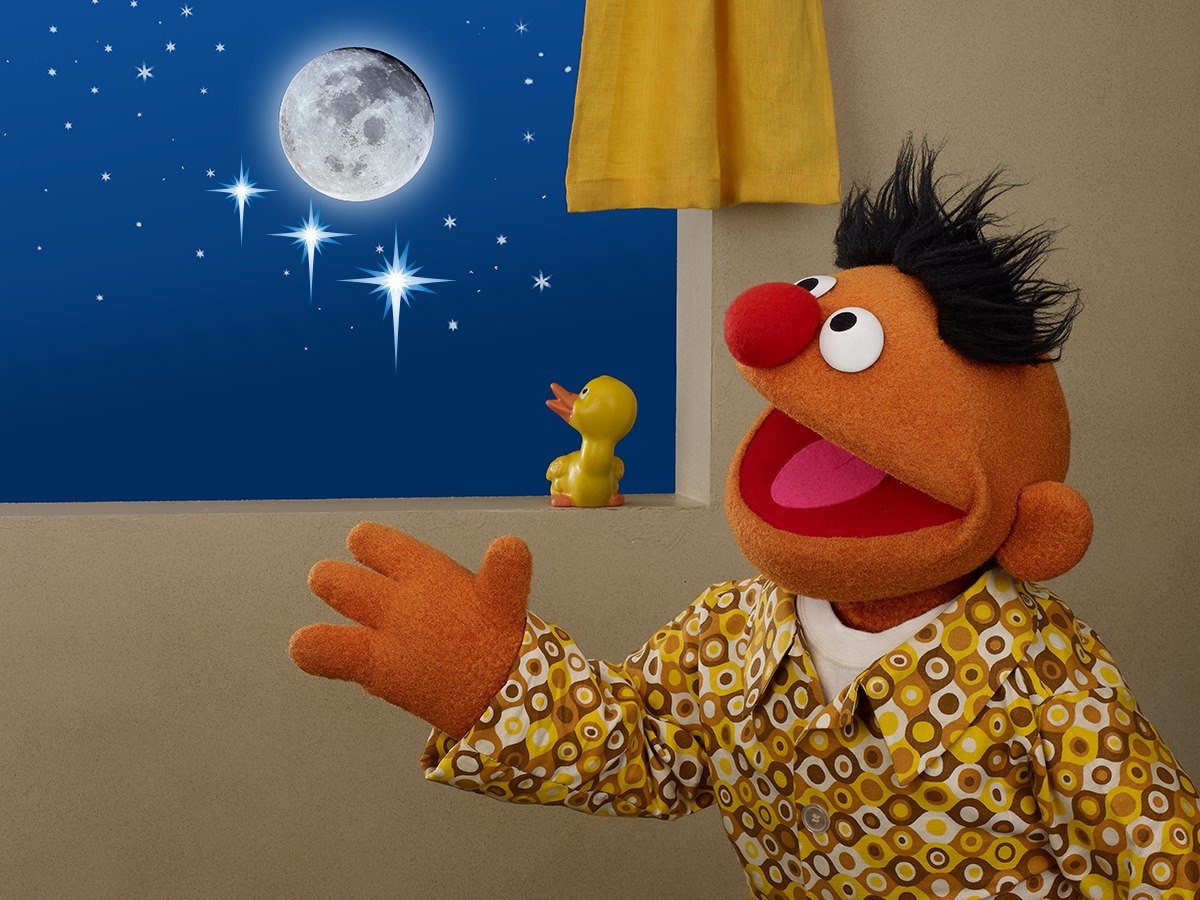