If you’re anything like us, you’ve watched a lot of The Muppet Show since it’s been on Disney Plus. We noticed that many Muppet characters have faded to the background or completely disappeared over the last 45 years.

Here are some of the classic Muppet Show characters who have gotten pushed from the spotlight.

Nigel is a classic character that has been seen in every episode of The Muppet Show. Nigel is the orchestra leader who can be seen in the opening and closing of each episode. Before he got the job as the conductor in the orchestra, he was actually the host of The Muppet Show in the “Sex and Violence” pilot. Unfortunately Nigel was seen as bland and replaced by the ever loveable Kermit.

In a first season episode of The Muppet Show Nigel forces Zoot to perform a tune called “Sax and Violence.” Where Zoot, begrudgingly, plays a single note a few times with some background music.

After his demotion from host, Nigel has popped up in dozens of sketches on The Muppet Show and in the background of other Muppet specials and movies. In the Muppet live shows, The Muppets Take the Bowl and The Muppets Take the O2, he showed up leading the parade of overlooked Muppets. Which is why it is fitting that he leads this parade of forgotten characters.

It’s a shame that Nigel was always under utilized, he had a beaten down everyman thing about him that most working adults can relate to. It would be nice to see him used this way in the future, almost like Mr. Johnson from Sesame Street.

Before Uncle Deadly was in charge of Piggy’s fabulous wardrobe, there was the matronly Hilda the seamstress. During the first season of The Muppet Show, we got to see Hilda both backstage and in a number of sketches. In one very memorable episode Hilda refuses to repair Gonzo’s teddy bear which causes some confusion with Fozzie thinking everyone hates him. Hilda only offered so much in the way of character, but she was one of the few backstage Muppets. It was nice to see how much work went into putting the trainwreck of a show on every week.

After the first season of The Muppet Show she has mostly been a background character. Hilda may have been relegated to the background, but she was still invited to Kermit and Piggy’s wedding! She showed up in the massive wedding scene at the end of The Muppets Take Manhattan.

In addition to being the Muppet Theater’s oldest janitor, George is featured in some of the recurring sketches like the “At The Dance” bit. In these dance sketches it seems like he has now rhythm whatsoever, maybe his hearing aid is turned down and he can’t hear the music. It is hinted at that George has worked at the Theater since before Scooter’s uncle owned it.

In the third season of The Muppet Show the theater got a brand new janitor in the forgetful Beauregard. George didn’t have to clean up after the theater goers any longer. He’s probably happy to not have to mop up the tomatoes that litter the stage after Fozzie’s set. Honestly I prefer Beauregard to George. His frequent mix ups added to the chaotic humor of The Muppet Show.

George can later be seen in the background of a few Muppet movies. In The Muppet Christmas Carol he is seen in the crowd singing about Ebenezer Scrooge. His final appearance was on Muppets Tonight where he is seen cleaning up the KMUP studio one final time.

Mildred first appeared in The Muppets Valentine Show as a lovesick piano player. She is often seen as George’s dance partner in the “At The Dance” sketches. Unlike George and Hilda, Mildred’s role at The Muppet Show was never clarified. She wasn’t seen backstage working or onstage performing beyond the occasional dance routine or short sketch.

She would sometimes appear in the recurring panel show sketch where Kermit led discussion of big questions that usually went quickly off the rails. She would be the voice of reason while the guests lost the plot. Mildred was always a missed opportunity. She could’ve been so much more for The Muppet Show, almost like another Sam the Eagle. She could’ve been used as a fact checker for the show or even a network executive on later Muppet shows.

Baskerville is one of the oldest Muppets, first showing up in Purina Dog Chow commercials with Rowlf. Baskerville often appeared in sketches with Rowlf, usually as Rowlf’s sidekick. In one sketch Baskerville was the Watson to Rowlf’s Sherlock as they solved a murder. Even though all the evidence pointed to the butler, it turned out Watson was the killer the whole time.

One time Baskerville even auditioned to take over as The Muppet Show’s resident comedian. Fozzie wasn’t going to let that happen and pulled Baskerville off stage. Other than these short appearances, he has mostly been a background character on The Muppet Show.

Baskerville’s latest appearance was in the UK show Mopatop’s Shop. A handful of Muppet Show background characters popped up as other characters in Mopatop’s Shop. Baskerville works well as a whatnot dog Muppet, and even if we miss him from core Muppet productions we understand why he’s been used as a generic dog since.

Doglion is one of the giant Muppet monsters that is seen throughout The Muppet Show. In size and shape he is very similar to Sweetums, but he got way less screen time. Doglion was often used as a generic large monster in a few different sketches on The Muppet Show.

Doglion does hold the high honor of being the first Muppet seen in The Muppet Movie. He can be seen walking through the lot at World Wide Studios. He then later “takes a seat” before the premiere of the film.

Doglion has shown up in a number of live Muppet shows including Royal Variety Performances, The Muppets Take The Bowl, The Muppets Take The O2, and a show in Germany called Hello, Here is Berlin. I would love to learn more about the massive Doglion. Is he related to Sweetums? Does he come from a land where there are more giant monsters? Is he a dog or a lion?

Louis Kazaggar is the Muppets resident sportscaster who popped up in the “Muppet Sports” sketches during the 3-5 seasons of The Muppet Show. With Howard Cosell inspired style, Louis excelled at color commentary for non-traditional sports like wig racing and goldfish shooting. He rocks a plaid blazer almost as well the Muppet Newsman. In fact, I’m begging for an actual news style program that can use both the Muppet Newsman and Louis Kazaggar. Please bring them out of retirement for a little absurdist news humor!

Louis appeared in a few of the Muppet movies including the diamond heist scene of The Great Muppet Caper. The only question I have is how did he get in the museum, cause he wasn’t with the crew of Muppets when they broke in!

Other than a few sketches in Muppets Tonight, Louis has mostly been absent. His last few appearances were on Good Morning America, where Louis would comment on the Greek Winter Games.

Shaky Sanchez is one of the most nervous looking characters to appear on The Muppet Show. He showed up throughout all 5 seasons, usually stuck in a perilous situation about to face an untimely end. His breakout sketch was one where Shaky was eaten by Behemoth while he sang “I’ve Got You Under My Skin.”

After The Muppet Show, Shaky showed up in a few Muppet specials and even in some episodes of The Jim Henson Hour. If you needed a nervous looking monster, who better to play the role than Shaky Sanchez.

Shaky is also one of the Muppets who made the move across the pond and later showed up in Mopatop’s Shop. When he appeared he was no longer named Shaky, and was instead Princess Lulabelle. The princess still had that same nervous look we came to expect from Shaky. With a face like that, any character the puppet portrays will seem terrified.

Pops was a late addition to The Muppet Show, only joining the cast in the 5th season. He worked as the stage doorman and would start the show with the cold open, replacing the Scooter bits from previous seasons. Even though Pops came late to The Muppet Show, he seemed like he had been there the whole time. He filled the “old man” slot that George the Janitor once had, but immediately had more personality.

Pops showed up as the owner of the Happiness Hotel in The Great Muppet Caper, where he sang all about the hotel’s lack of amenities. Sadly, Pops was replaced as stage doorman by Bobo in Muppets Tonight and has only been used as a background character mostly since.

Pops showed up in the background of The Muppet Christmas Carol walking through the streets of jolly old London. If he was in England in the 1800’s and still there in the 1980’s he must’ve gotten a great deal on the Happiness Hotel!

Wayne & Wanda are the resident wholesome act on The Muppet Show. Sam the Eagle introduces them as an act that is “uplifting and decent.” They do song and dance numbers that are meant to raise the cultural quotient on the show. However their acts rarely go as planned and mostly ended in the pair getting hurt.

If a tree falls on the Muppet Theater stage not only do we all hear it, we see Wayne & Wanda get crushed by it. Other than their routines, they are mostly used as background filler characters. We miss the cartoon violence that came with Wane & Wanda. Their vaudevillian charm mixed with destruction reminded us not to take anything too seriously.

We did see them show up in the last two Muppet movies, including in The Muppets where they are caught making out during the blackout, Which did answer the question of if they were a couple or just dance partners.

There are a ton more Muppets that have faded to the background over the years, but don’t worry — we know how to track them all! Did you know Thog went on to start a law firm?

Click here to mop up tomatoes on the Tough Pigs forum! 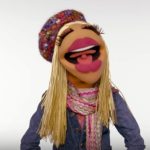