Overthinking It: What is Animal? 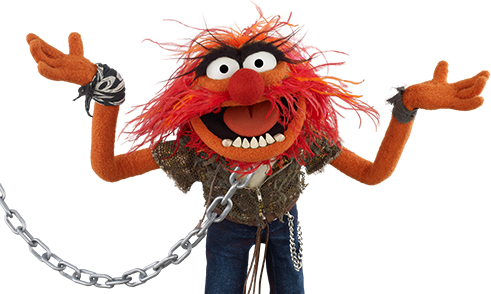 Recently, Twitter user @ColinGorman5 asked us an impossible question. It’s a question that has haunted Muppet fans since 1975. It’s a question without an answer, and yet we are compelled to think of one.

What kind of animal is Animal?  Is he even an animal???

So often we go back and forth about the mystery of Gonzo’s species.  The debate of whether he’s an alien, a bird, a weirdo, an artist, and so forth becomes so loud, we don’t even see the other question mark right in front of our faces.

Okay, so what do we know? Animal is the manic drummer of the Electric Mayhem, humanoid but not quite human, part beast but nothing recognizable. It’s likely he isn’t vegetable or mineral. He exists in the gray area between man and monster, but that answer doesn’t satisfy.  So let’s do what we always do, and completely over-analyze the situation until it isn’t funny anymore. 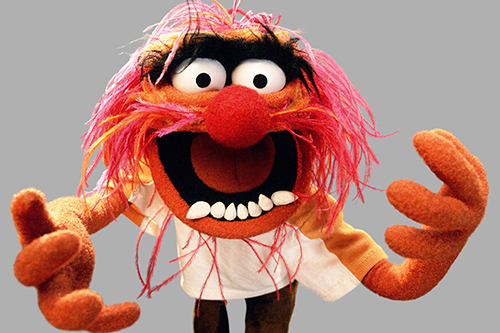 Look at the Electric Mayhem.  Dr. Teeth, Floyd, Janice, and Zoot are all unmistakably human.  Sure, they might have green skin or blue hair, but as far as Muppets go, they’re people.  The odd “man” out is Animal, whose species is unclear.  So wouldn’t it stand to reason that he’s a person too?  Sure, he’s hairier than most, but that’s no reason to call him an animal. 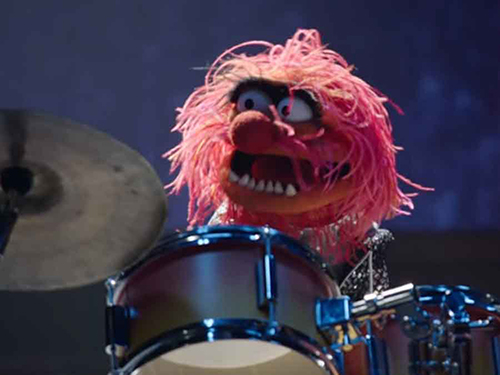 Theory #2: Animal is a gorilla

If Animal is an animal, the most likely candidate for species is probably some sort of primate.  He’s somewhere near human on the evolutionary spectrum, but still might belong in the jungle.  He’s a skinny guy, so maybe “gorilla” isn’t really accurate, but until I see a tail, I’m assuming he’s not a monkey. 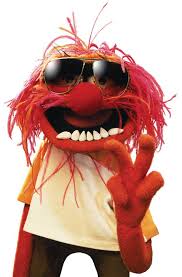 Theory #3: Animal is a caveman

Animal could be human, but perhaps not like today’s humans. More like a human from prehistoric times.  Animal does seem to have a lot in common with the cro magnon man – he has a limited vocabulary, he’s strong, he’s hairy, and he has no concept of modern technology or societal norms.  I mean, can’t you just see him clubbing a wooly mammoth and dragging it into his cave single-handedly?  It’s almost too natural.

Theory #4: Animal is a monster

The Muppets have a long history of including monsters in their show.  Giant ogres, monsters with three heads, beasts with sharp teeth and angry eyes.  Animal definitely fits in that category, especially as someone so good at scaring the pants off of people. 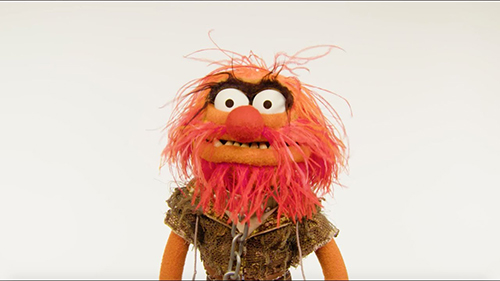 Theory #5: Animal is a werewolf

Okay, so if Animal isn’t an animal and if he isn’t a man, maybe he’s somewhere in between.  Maybe he’s both at the same time?  Maybe he was a regular guy who got bit by a werewolf, and he’s constantly caught under a half-full moon, torn between man and beast.  The main thing that tears this theory to shreds is that none of the dozens of people he’s bitten have ever turned into werewolves themselves.  As far as we know. 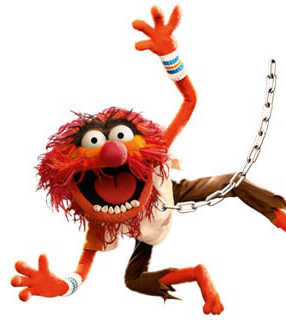 Theory #6: Animal is the embodiment of the id

Frank Oz has said many times that Animal’s personality can be boiled down to five words: Sex, sleep, food, drums and pain.  That right there is the basis of our impulsive, survivalist nature.  With so many Muppets representing conceptual notions like gluttony, limbo, and a question, it’s not that far off to assume that Sigmund Freud’s id could be a Muppet too. 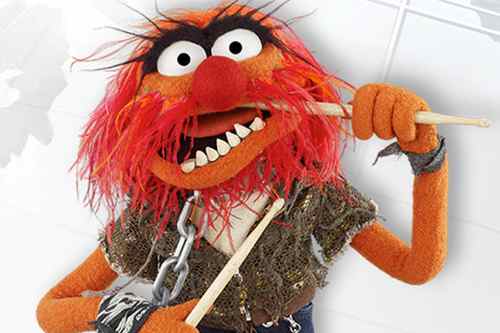 Theory #7: Animal is the epitome of human evolution

Flipping 180 degrees from the theory that Animal is the base of human intelligence, what if he’s the end result of humanity?  What if the human race continues to grow and evolve until mankind is strong and virile, without any hangups like intelligence or the need to be politically correct.  He’s free – as free as we all hope to be someday. 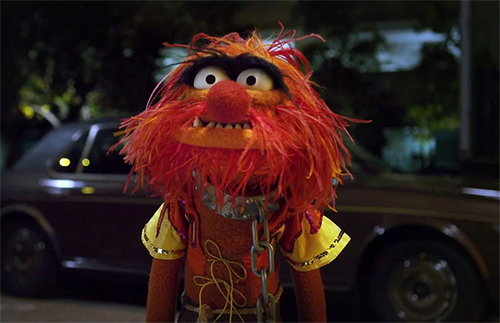 Theory #8: Animal is the victim of radioactive fallout

Animal has potential to be a superhero.  He has equal potential for super villainy.  Either way, he definitely seems to have gotten superpowers along the way.  Maybe he was bitten by a radioactive gerbil, or he was hit with quantum rays from outer space, or he’s the long lost prince from a far-off planet.  In any case, there’s gotta be something to explain his extraordinary strength and impeccable timing, and it just might lie in the pages of a comic book. 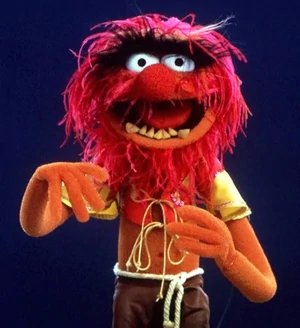 Theory #9: Animal is an electron

Animal is an explosive force. He looks like a starburst, with light spewing out from every direction. He’s pure energy.  So why not a fundamental building block of life in Muppet form?  Sure, why not, whatever. 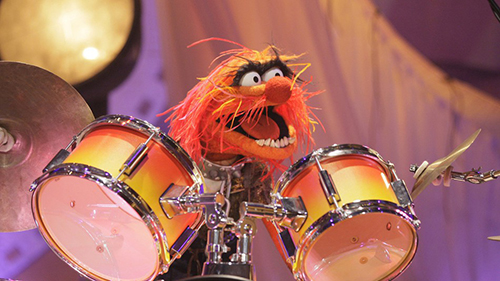 Theory #10: Animal is a drummer

Why fight it?  The debate will continue on whether Animal is a man or a beast, but we can all agree that he beats drums.  And he does it well!  If he has superpowers, if he is the embodiment of something extraordinary, if he has magical abilities – it’s all so he can rock out with his band.  Who cares what Animal is? He’s a drummer, and he’s damn proud of it.

What do you think?  Does your theory fit any of the above?  Got a completely different theory? Let us know!

Click here to eat glass, man, on the ToughPigs forum!