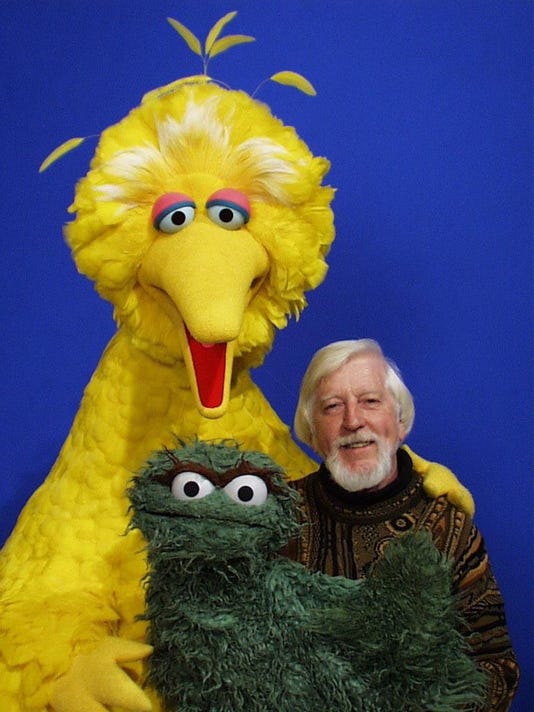 Caroll Spinney passed away on Sunday, December 8. It’s hard to know exactly what to say about a man whose work touched so many millions of lives and helped so much to make Sesame Street an institution over the course of half a century. But I can think of a few things to say.

Here’s one thing I can say: I have no doubt that a significant factor in the enduring popularity of Big Bird and Oscar is the fact that Caroll Spinney was a really good actor. How many people could convincingly play a six-year-old for all those decades, a six-year-old who regularly goes through a whole spectrum of emotions, as is necessary to teach children about those emotions?

When Big Bird was jealous of a baby for hogging all the grown-ups’ attention (a situation that came up more than once), we felt bad for him. When Big Bird was mad at the grown-ups for not believing in Snuffy, we felt frustrated for him. And my goodness, any time Big Bird was sad – when he lost Radar, when his nest was destroyed, any time he was separated from his friends or homesick – dang it, we felt that sadness way down deep. Caroll made all of this feel real, sympathetic, and relatable, and he did it all with a bright yellow bird puppet. Big Bird is one of the most comforting Sesame Street characters to watch, because Caroll’s performance has allowed us to relate to him since we were little kids. 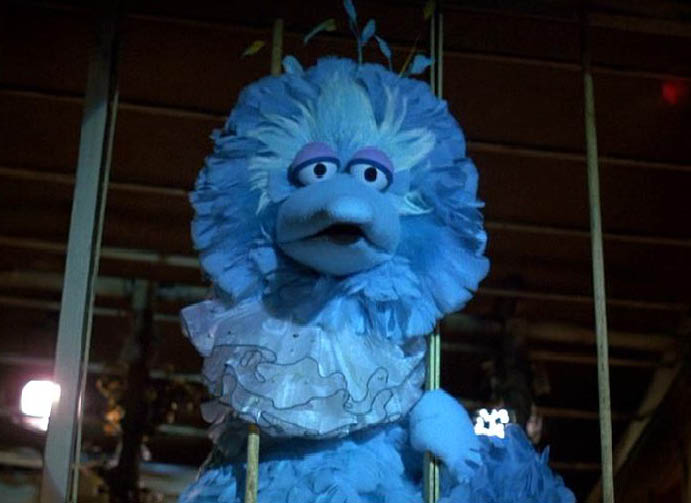 He wasn’t just skilled at making us feel. Here’s another thing I can say: Caroll Spinney was funny. His comedy skills are most obvious in his work as Oscar, whose unconventional lifestyle and cranky persona gave Caroll a lot to work with. We know any Oscar appearance is going to involve him doing something rude, gross, or outrageous, and Caroll always made the most of those moments.

But Caroll was funny as Big Bird too. We might laugh out loud more frequently at Cookie Monster or Ernie, but the bird’s sunny, innocent disposition is often good for a chuckle, because Caroll always played it completely straight. In Big Bird in Japan, Caroll really sells the joke where Big Bird thinks everyone is from Ohio. In Follow That Bird, Big Bird disturbing his fellow passengers with his enthusiastic “LA LA LA!” song cracks me up every time. His personality isn’t as huge as some of his fellow Muppets, but Caroll’s performance ensured Big Bird was always entertaining to watch. 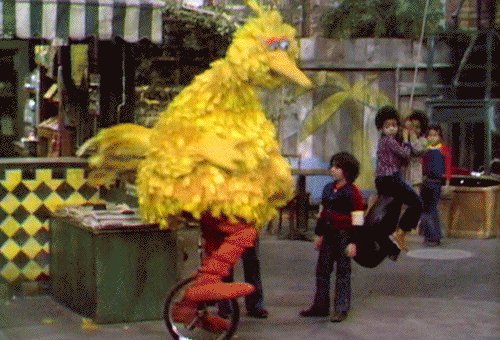 And don’t forget – and be sure to tell anyone who refers to him as “the voice of Big Bird” — Caroll Spinney did all this acting and comedy work while puppeteering. Sometimes he had to do this while sticking his arms up through a trash can. And sometimes he had to do this inside a large, stuffy encasement that cut him off from the outside world. That would be a challenge for any performer, but there were also occasions when Caroll did this while riding on a boat, or jumping on a trampoline, or roller-skating, or riding a unicycle. A unicycle! So that’s another thing I can say: Caroll Spinney was fearless.

Caroll’s legacy of being wonderful wasn’t limited to the TV screen. Everywhere I’ve looked on social media in the past day, I’ve seen fans posting photos of them with Caroll. He appeared (often with Oscar on his arm) at so many conventions, so many Sesame Street panels and events, so many signings for his memoir The Wisdom of Big Bird, and so many screenings of the documentary I Am Big Bird, and as a result, there are so many fans who have their own personal memories of a Caroll Spinney encounter. For anyone who loved Sesame Street, the experience of meeting Caroll Spinney was 100% as lovely as the experience of meeting Big Bird would be. If you could harness the mutual love between him and those who admired him and use it as an energy source, you could power the whole world for years.

The social media posts that have proliferated are generally accompanied by stories, and they all have similar elements. Mostly, it tends to be some version of “I met Caroll, and I couldn’t believe it, and I was so excited, and he was incredibly nice, and I’ll never forget it.”

There’s another thing I can say about Caroll Spinney: We’ll never forget him. 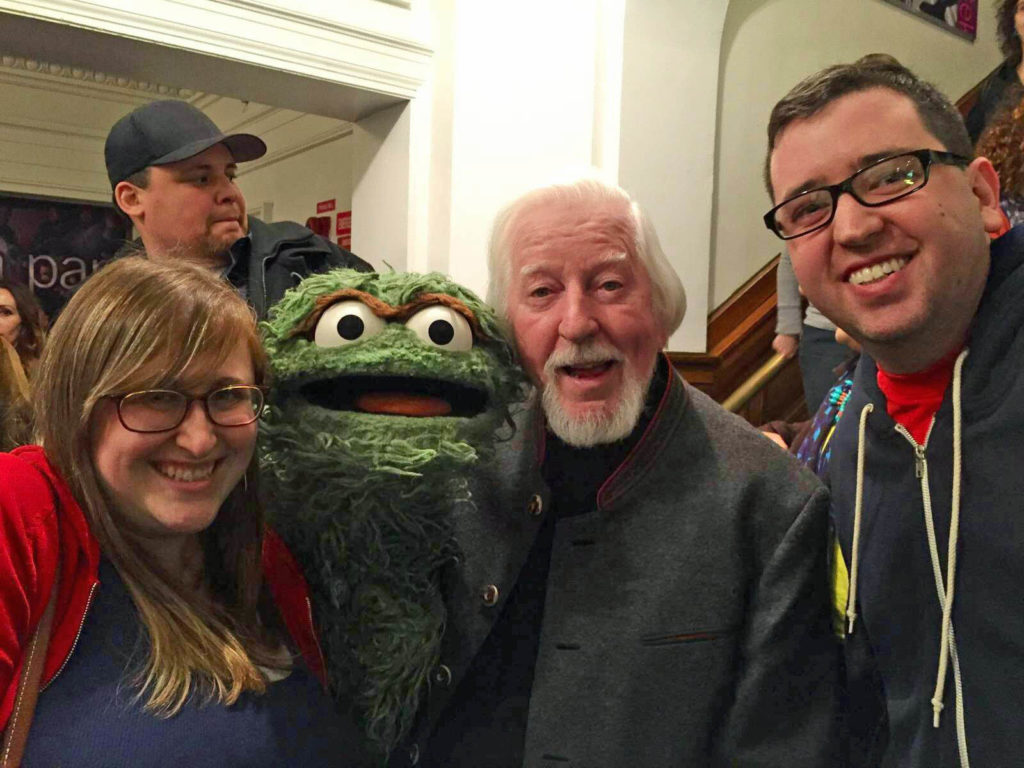